Armada is one of the more interesting multiplayer maps in Black Ops Cold War. The map is big, dynamic, and features some of the most fun and weird elements to be seen in a map. It comes in two varieties. Both are based around ships, with water to swim in, gunboats, turrets, and even zip lines going from surface to surface. A larger 12 v 12 is there for most modes and a standard medium-sized 6 v 6 map. Both share some similarities and have some clear chokepoints and strategies. This Cold War Armada map guide covers everything you need to know about both of these maps, and how you can find a winning strategy to use.

The Armada map is one of the more interesting in design and gameplay. The inspiration behind it is an odd occurrence too. It is based on Project Azorian. This was an attempt to lift a sunken Soviet submarine from the ocean floor in search of information about the Soviets’ nuclear capabilities. The project was a feat of engineering, although a peaceful one! Despite this, it provides a colorful background and unique location for a multiplayer map. This is what you need to know: 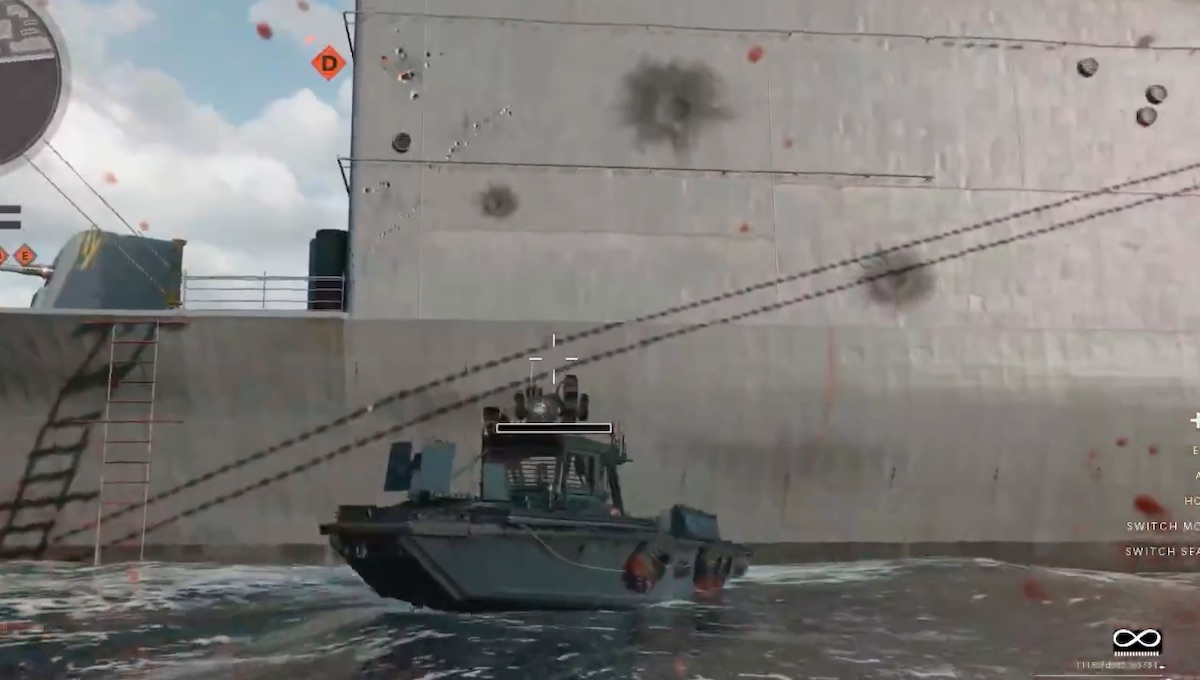 Armada is a particularly unique and fun map to play on. You’ve got to deal with some ships, but also vehicles, open spaces, water, and gunships. In terms of design, it is one of the most fun maps there is here.

There is a lot going on here compared to older games’ maps. The large ship is the focal point, and it has plenty of vertical space for snipers as well as enclosed close combat spots. Outside of the main ship, there are zip lines to allow you to move from boat to boat and get access to more of the map. 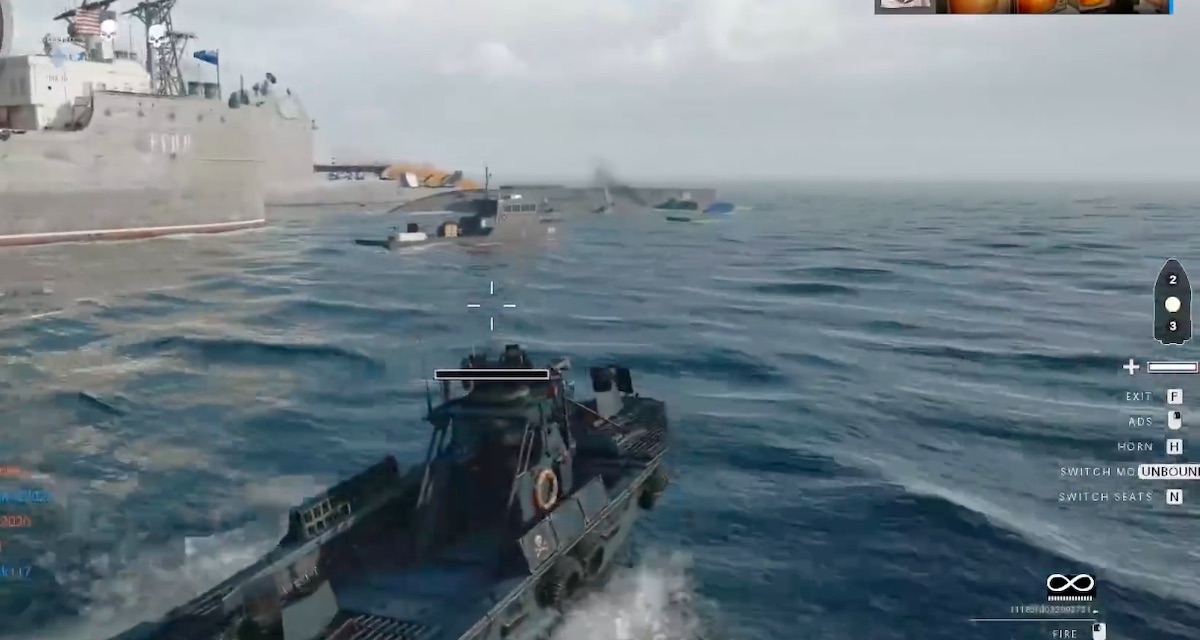 One of the main things you need to think about with Armada is mobility. Between the various areas, you have a lot of options here. The first is using the ziplines to stay on dry land. They’re fast and effective, so you don’t really have to worry about being shot down along the way. You can use these to move around pretty easily making most of the map accessible.

The other option is the boats on offer. These come with gunners which can be pretty effective with the right person mounting them. These gunboats should be used when you’re losing control of the map. They allow for quick repositioning and give you great offensive power.

You can hop in the water for a brief period to get ahead of players or move around unnoticed. This is great for getting out of a tight situation. If you’re using it for repositioning though, don’t jump in without a plan. Know where you’re headed because you shouldn’t be in the water for too long on Armada.

As with any map, there are some central areas where you’re going to be doing most of your combat and firefighting. The main spot for this is the large central ship. The balconies above the top are great for snipers and tactical rifles, but you’ll mainly be taking aim at the ship.

The interior spaces can become really messy really fast. These are the places for close combat in Cold War. Don’t jump in here with the wrong weapons out. They make for a good spot for MP5s and other SMGs though. 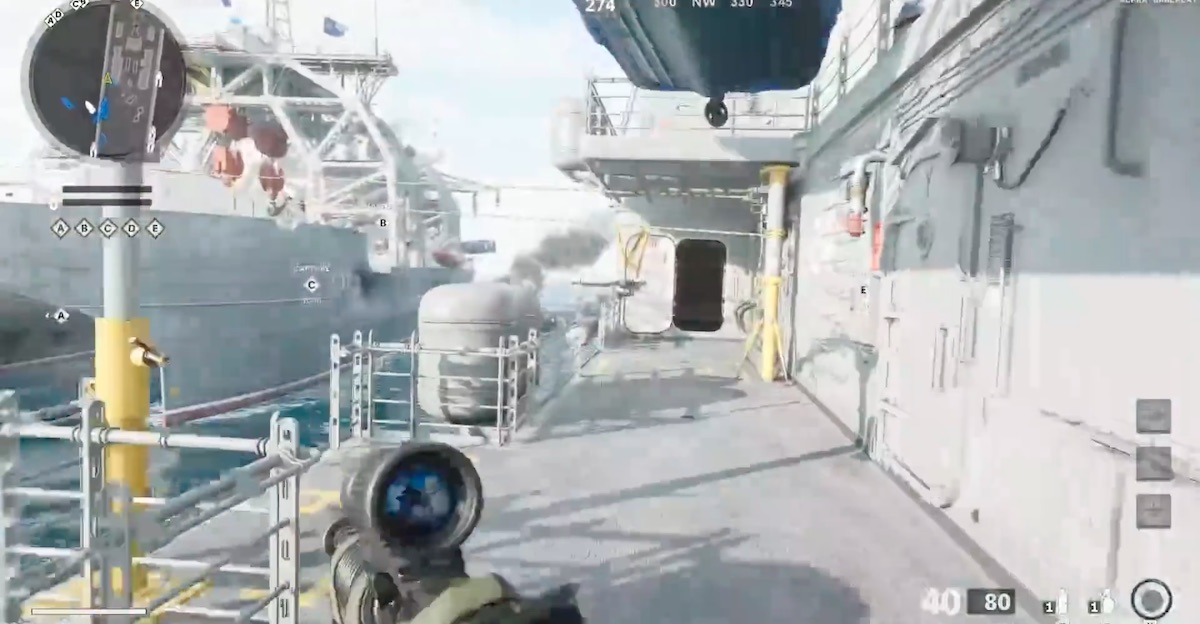 That’s what you need to know about the basic layout of the map. To get the most out of it though you’ll need to know exactly how everything works. These are some tips and tricks for playing on Armada:

Those are all of our tips and tricks for the Cold War Armada map. If you’re looking to improve at Call of Duty cold War, then our other guides can help you out with other areas of your performance: