Brian Rincon, a.k.a. Grimmmz (born January 7, 1988) is a full-time twitch streamer who began streaming in early 2009. He streams a lot of games including Warhammer, Rainbow Six Siege, Killer Instinct, Realm Royale, Hunt: Showdown, and others. He was known as the FACE of PUBG, he began his journey in the Battle Royale genre like many other games with H1Z1, Apex Legends, and before moving over to PUBG where he gained a lot of popularity and finally moving to Fortnite. He mainly streams Fortnite and goes back-forth with PUBG and other games adding a bit of refreshment to his streams.

Grimmmz is also known for collaborating with other professional players such as Summit1G, Shroud, Ninja, CdnThe3rd etc. The battle royale mode receiving big viewers right now, especially on Twitch and Youtube. With superior video, game and keybinds settings to your opponents you can have a small edge in intense duels. We have collect the gear and settings that the pros use to really dominating!

What Mouse does Grimmmz use?

What Monitor does Grimmmz use?

What Keyboard does Grimmmz use?

What Headset does Grimmmz use?

What GPU does Grimmmz use? 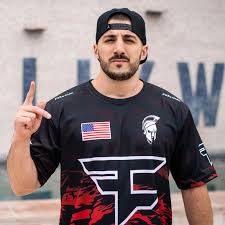