Burnout at CS:GO: The Importance of Psychology within the Game

Recently, the international CS:GO scene has been shaken by news involving some of its most important players. Astralis members Lukas “gla1ve” Rossande and Andreas “Xyp9x” Højsleth announced breaks in their careers due to burnout. Olof “olofmeister” Kajbjer Gustafsson, a legend of the sport, ditto. In Brazil, André “Tiburci0” Rossetto also needed to suspend his career as a pro-player.

In a short span of two weeks, four relevant players announced that they would take a break. The most curious of all is that they all had similar reasons for the break, citing mental health, burnout and motivation to compete as the main factors that influenced this decision.

Captain of Astralis, Lukas “gla1ve” Rossande was direct in saying that he had symptoms of burnout. His colleague Andreas “Xyp9x” Højsleth mentioned stress and lack of motivation. Olof “olofmeister” Kajbjer Gustafsson, who has had psychological problems in the past, accused tiredness and motivational problems, and the same goes for André “Tiburci0” Rossetto: “these last months have not been fun”.

Also known as Professional Exhaustion Syndrome, burnout is a condition that usually affects individuals who have some strong bond with their work: “Activities that were sometimes pleasant for the person, such as competing and playing, start to manifest in their body this feeling of saturation, you can’t get close to that anymore”, explains Brazilian psychologist and anxiety specialist Claudio Godoi.

The reasons for reaching saturation can be diverse. But they are linked to the player’s own expectations, due to pressure for results and even for his satisfaction with training. In general, the extreme demand for results can be one of the main triggers for burnout.

The testimony of Godoi, who works as a psychologist for international teams at Team Liquid, matches not only the four recent reports from CS:GO, but also many cases from the competitive scenario of other games.

Psychology as a Solution

It is easy to see that the mental health problem is extremely relevant for esports. Fortunately, a large number of teams are already worrying about this. In response, the teams are bringing professionals from the psychological field to follow up with their players.

In a live event held in March on his Instagram, the psychologist of the professional team MIBR, João Cozac stated that:

“Without a doubt, you spend eight, ten, twelve, sometimes fourteen hours in front of a computer, having to slow down your reaction speed to a pixel, often a tenth, and you stay for days after days, often from Sunday to Sunday, it is an extremely high pressure and expectation load.”

“In esports, I believe that you have a little more concern for the individual. In helping, in contributing, in strengthening the emotional and having some kind of effective contribution from the psychological field in improving self-knowledge, in the development of emotions.”

On top of the field of emotions, psychology can also help with other scientific instruments. Cozac mentions the work with special glasses and other technological devices. Two options that can help with the reaction time and concentration of the players.

The Aggravating Factors of esports

Godoi sees that esports can have an aggravation in relation to conditional sports.  This is because physical exhaustion is not so intense:

“In conventional sports you have a physical limitation”. There is a moment when you can’t do it, for example, a soccer player, he can’t run anymore. There is no point in wanting to train 16 hours a day.” 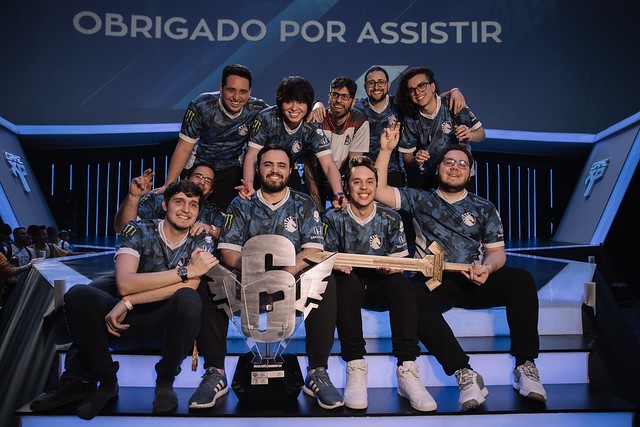 In general, there are many points that converge for esports to be a small focus in cases of mental exhaustion.  The culture of intense training, the transition to adulthood of many of the players, the toxicity of social networks and even the nature of the games are elements that can make players burnout.

Psychology appears as the clearest answer to the problem, but the path to be followed is still long. Still, esports are very recent modalities in the field of mental health. There is still much to be learned by players and organizations and the effects of burnout.