Fortnite Creative Mode has given players almost infinite tools for making whatever game they want. Using the base of Fortnite’s physics, along with a generous selection of items and buildings, players are free to let their imagination run wild. The results of this have been impressive. The ability to set your own rules has allowed the most creative Fortnite players to each create a unique creative map. This is all done within Epic’s base game.

Players have used creative mode to set up maps to train your aim building, and just about anything else in the game. However, they’ve also created unique experiences and whole new ways to play Fortnite.

If you want a break from Battle Royale, there’s never been a better time to explore the rest of the game. The growth in creative mode is turning Fortnite’s free game into a massive platform for an endless variety of games. These maps show off the ingenuity of creators in the Fortnite community and some of the coolest uses of creative mode.

This map is an extensive Prison Break level. It’s a labyrinth of interlocking rooms inside an old castle. You begin the game inside the prison, in the base of the building. You and your friends must gradually escape from each room to the outside world, solving puzzles as you go. It’s a perfect example of players using Fortnite’s asset to create something entirely different to the game itself.

This one is a giant maze. It’s a very well crafted maze, clearly, some time and attention have gone into both it’s layout and execution. This versatile map can be used for playing around in with hide-and-seek, but it’s also the perfect location for an old-fashioned deathmatch.

This map is a combination of Parkour and Escape Rooms. This sequence of rooms is laid out across the sky, creating a rollercoaster or various puzzles that you must progress through. It’s a completely different experience to other escape rooms and helps break out of the claustrophobic pattern they usually rely on. It’s a creative map that will challenge you mentally as well as physically.

This creative map is an elaborately constructed race-track. It has multiple lanes which makes it perfect for racing with friends as well as time trials. The map is laid out for you to blast around in Golf Buggies. It utilizes as many traps and special tools as possible to make it a chaotic and fun experience. It’s a great example of creators using random pieces of Fortnite’s inventory to achieve great things.

This creative map is a recreation of a stage from Super Smash Bros, it attempts to recreate the feel of a 1V1 game in the popular fighting series. A great level of detail has gone into recreating the stage. While it’s not the best at capturing the gameplay of Smash Bros, it’s still a fun facsimile. This map is about as close as you can get within Fortnite. The Smash Bros-like gravity is another fun touch that really completes the game.

This map perfectly recreates the Chateau Guillard map from Overwatch, well as perfectly as is physically possible using only Fortnite resources. It’s a loving recreation. Its creator gives you some rules to try and keep the play feeling similar to Overwatch. This map is a fun recreation, and you’ll want to use a skin that comes close to Overwatch’s diverse array of characters.

This creative map places one of the most iconic gaming levels into Fortnite. It’s a faithful recreation of Mario Kart’s Rainbow Road.  Specifically, it’s a replica of the Rainbow Road from Super Mario Kart on the Super Nintendo. Coming from this classic but not entirely 3D game means the road has sharp and unfriendly turns. There’s even traps set up to mimic the behavior of Thwomps in the original. You race in Golf Buggies and there aren’t any Blue Shells, but it’s as close to Mario Kart as you can get in Fortnite.

This creative map is pretty high concept. The starting area is divided into 8 sections which are separated by giant walls. Players have two minutes to scavenge all that they can in their area. After your time is up, the walls come crumbling down. Every player is then stood together, in the center of the map. Using everything you managed to find, you fight it out until there is only one man standing. It uses the Battle Royale formula from the base Fortnite game, but quicker and with all of the extras stripped away. There is nowhere to hide in this map. It’s a fun simplification of the game’s normal dynamics.

This is an escape cube for you to navigate with a team of friends. This cube is an intricate maze. Each room is filled with traps, boosts, and puzzles. It uses every item available in Fortnite in new and unique ways to make this maze a really fun experience. The identical walls of the built structure will begin to resemble an Escher painting as you attempt to crawl your way out of its twisted halls. The cube is also a genuinely difficult escape level, so it should have you frustrated but entertained for a while.

Tiny Toys is a bizarre map that puts you in the shoes of a Toy in a house. This map will shrink players down to microscopic size. You can then run around like you’re in Toy Story. This is proof that with the tools that Epic have given them, Fortnite players are making pretty much every game imaginable. For a novelty level, it’s a lot of fun. Grab some friends and adventure in this giant house.

This is an impressive new map created by YouTuber Prudiz. The centerpiece is two huge ice sculptures that resemble the Scorpion and Ice kings. There isn’t a lot of material on this map so it’s mostly a run and gun style of gameplay. This is something fun and unique compared with your average build fights.

Check out Cizzorz Death Run 2.0. Cizzorz has created a time trial map where he offers prizes for the fastest times. 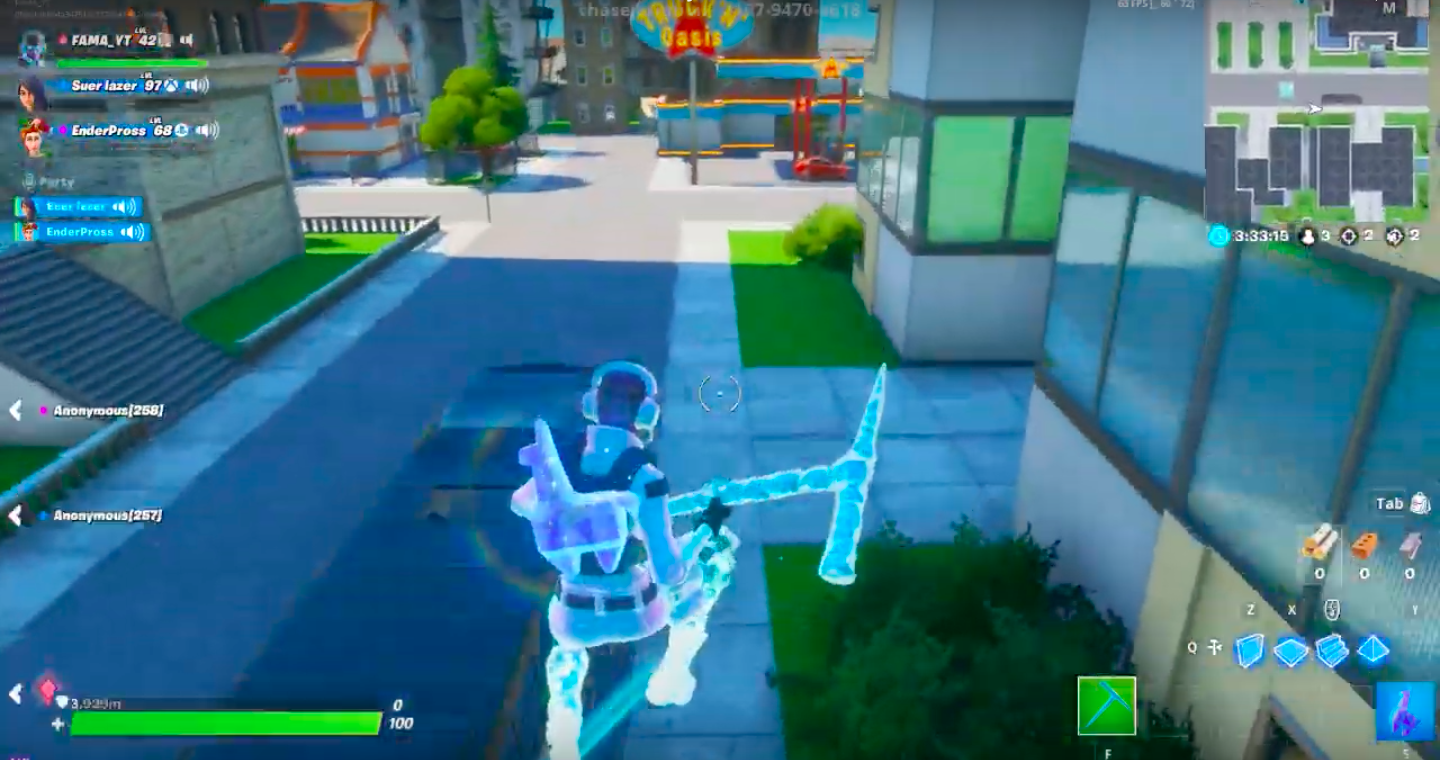 Downtown Dash is a Fortnite creative map with a really high level of polish. It is kind of an adaptation of Sonic’s Escape from the City level. Players have to race through the level to complete it, while avoiding enemy fire. The placement of items around is perfectly designed to encourage speed. This is a completely different feel to the regular Fortnite creative maps. 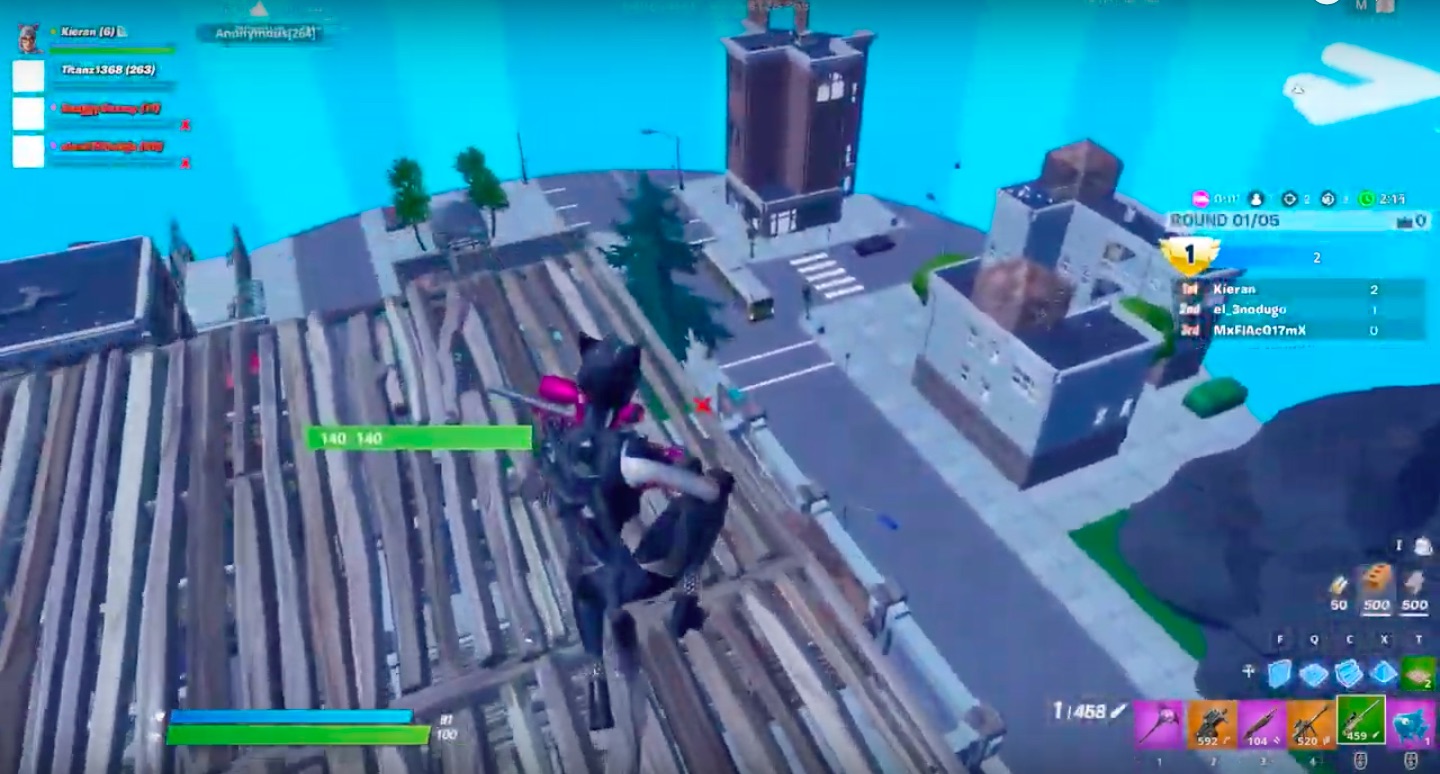 We could fill an entire list with Zone Wars maps. This is a type of game that has really taken off with the Fortnite community, and they actually give you great practice for some of the game’s harder mechanics. What mainly sets this one apart is the backdrop you’ll be fighting by. This is pretty much all that makes one zone wars map different from another, so you’ll want to go for something cool. This one is at set at Tilted Towers, which is nice and nostalgic. 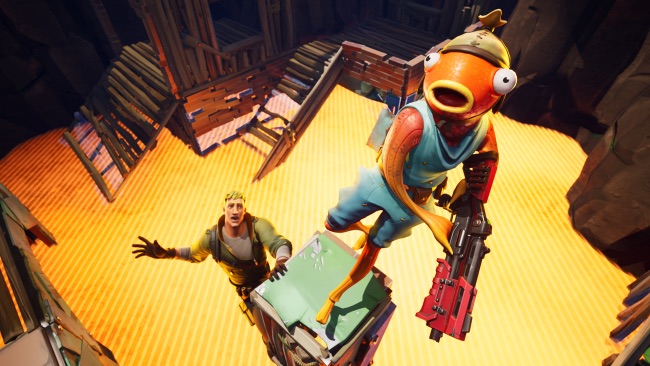 This one should be fairly self-explanatory. It is a fun old fashioned game of the Floor is Lava, although it is set right within Fortnite’s mechanics. While this is fun as a standalone, it makes a great course to practice building on. You can do drills to perfect building and editing under pressure to keep off of that lava. 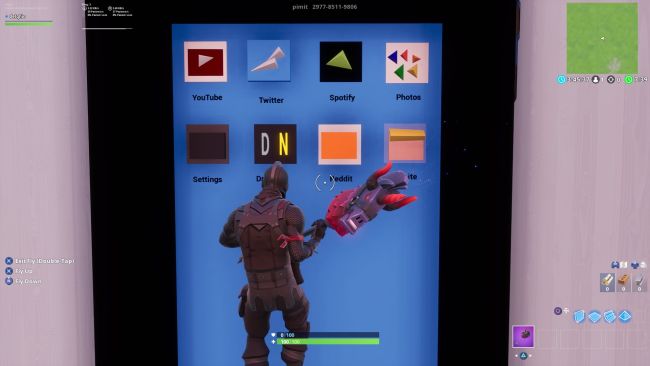 This map is a little odd. Do you remember the weird Minecraft Redstone creations that were all the rage a few years ago? Yeah, this is the same sort of thing but in Fortnite. It is a working phone. This can be used to browse things or interact. Of course, this isn’t particularly fun beyond the novelty, but it is impressive and needs to be seen to be believed.

Modern Warfare has pushed into the Battle Royale market. However, if you’re looking for even more of a direct call of Duty Fortnite crossover this is the map for you. This is a faithful recreation of the 2V2 Gunfight map. This is a unique game mode that has you engage in concise and tense matches in a set of Duos. While the map itself is a cool recreation, it is utilized here to suit the game mode. This is a map specifically designed for a 2V2 by professional developers, so recreating it for Fortnite 2V2s take advantage of that skillful level design. 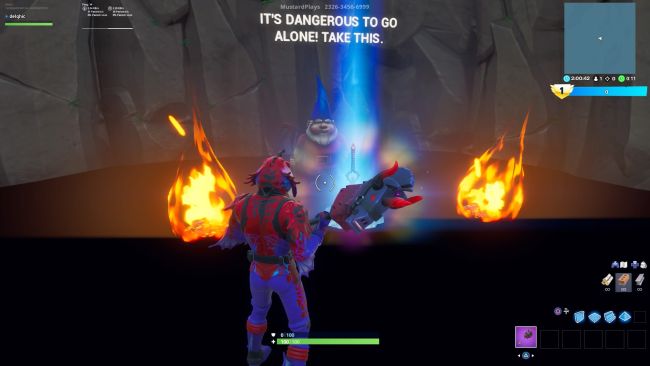 This map is a take on the first instalment of the Legend of Zelda, originally released back on the NES. You’re given an Infinity blade and even some dungeon recreations to get through. Zelda for NES has been ported to an incredible amount of systems, so it is cool that is raising its head in Fortnite, even if it is just a recreation.

This map is another recreation, and it lets you play on CS’s most iconic area. This is a recreation of dust 2. This is just about the most popular Counter-Strike map. This level manages to translate a game with a completely different set of mechanics, physics, and feel into Fortnite really well. While it isn’t the same as just playing Counter-Strike, this map is a great alternative. 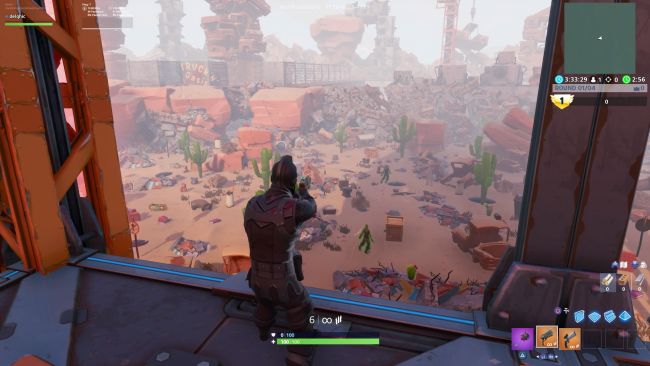 Junkyard Juice is one of the most inventive Fortnite maps that was featured at the World Cup. In this map, players take part in a version of prop hunt. Some players are trapped on a tower and have to watch for moving props. Others get to select a prop and try to make it into the middle of the arena. This is a fun asymmetrical mode that is really something unique. 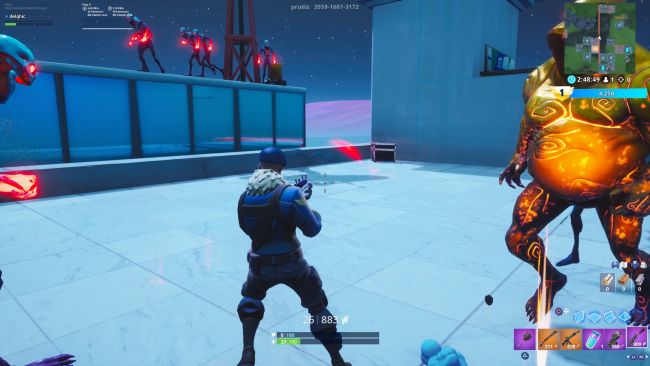 As you might guess, this is a zombie focused game mode. You have to make your way through the map taking out zombies and sentry guns. This is a challenging map but definitely one of the more interesting zombie-themed modes.

Those are some of the coolest maps in Fortnite creative right now. If you’re looking to brush up on your skills to use in these game modes, our guides to the basic Fortnite mechanics can help you out.

Have a favorite map? Not listed? Let us know what your favorite custom maps are!

How to Open Fortnite Vaults – Key and...

Thank you so much this video is amazing I needed something quick and easy and this is it ?

I’ve been a casual fighting game fan for quite a while and as of lately I got into BlazBlue cross tag battle. It was a very interesting game, I played Mortal Kombat before that, but this game had a lot of different characters that I was familiar with from other games as well as other franchise I want familiar with. I just thought that this looks really cool. as of lately I’ve been very frustrated with myself in the game and was honestly considering giving it up entirely, thanks to this video I have instead rekindled that enjoyment I have with the game and I’m even performing better than I was initially. Thanks for the video man, I’m fully on board the fighter train and I don’t plan on getting off anytime soon﻿