How to Play Ascent: Infinite Realm

Ascent: Infinite Realm is the new MMORPG from the makers of PUBG, it combines classic RPG elements with massive PvP battles. However, the game isn’t actually out yet. If you’re wondering how to play Ascent: Infinite Realm this does throw a bit of a spanner into the works. While the game is unfinished and still in an early stage, you can play it. It looks to be quite a while off of completion, but in a world where Fortnite is still in Early Access that doesn’t exactly mean a lot.

It is closed beta. So you need a key to actually access the game. However, unlike Spellbreak you can’t just buy a key. You can probably find someone selling one, but you shouldn’t buy it. You can play Ascent Infinite Realm without spending any money, but it takes a bit of work. This guide will teach you how to play Ascent: Infinite Realm. If you start playing early you can get a feel for the game in its early stages and be on top of its mechanics by the time the key enters a more open stage of testing.

How to Get a Key 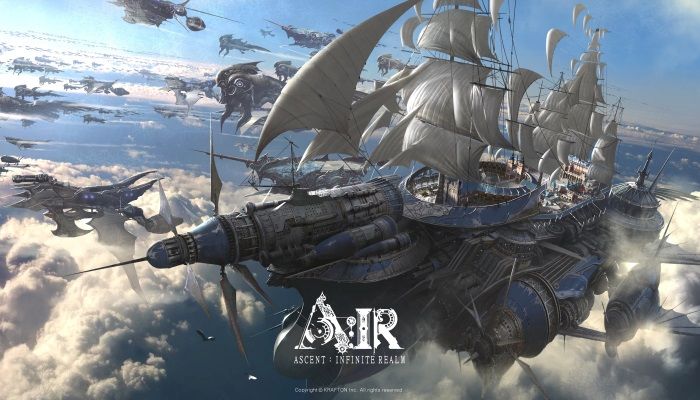 Keys for this game aren’t being handed out on the official website. When you actually go to sign up, it offers the chance to win a key rather than just giving you the option of claiming one. However, there is a workaround for it.

A website called Play Park is offering beta keys to anyone who registers. This offer probably isn’t going to last forever, but it is a good way to gain access to the game in this early stage. The website to claim the key does look kind of sketchy! However, it is a safe site to use.

Navigate over to the key claim website here, and fill in the forms. You might have noticed that little other than the landing page is in English.  After clicking on Single sign up, you will need to fill in a form before you’re given your key. The boxes translate to:

The specs of your computer are written in English. If you’re not particularly keen on giving PlayPark your phone number and computer specs, the system isn’t very good at picking up fake details. Just enter a false phone number starting in a legitimate country code and the specs listed as an example and the game will hand over your key. If you want to know how to play Ascent: Infinite Realm but don’t fancy learning another language, this is an easy way to do it.

The reason the signup page for Ascent is in a different language is that it is currently closed to people living in the west. You can work around this though; you need to use a server in a country where the game is already active. The first thing you need to do is download the game.

You can download it from the official page here. Once the game is installed, you need to find a VPN. There are many different services available for this and anyone used to getting the most out of Netflix probably already knows how to do it. VPN services vary in quality, so it is really up to you which one you use. The region locking isn’t particularly sophisticated so even manually changing your VPN might work for a while. You’re aiming for a server in Thailand.

With the game installed you can play with your Beta key. If you need the game translated into English, you’re going to have to look in the fan community. The game’s Discord has developed a patch that translates the game into English, but there have been mixed results. Read up on how the current patch is performing before you commit to this. If you’re wondering how to play Ascent: Infinite Realm without all of this trouble, the answer is to wait.

It might be a little while before Ascent: InFinite Realm comes to the West in an easily playable form. However, until then you’re welcome to use this workaround to get started playing.

the beta ended the 6th june as far as i know, and the article is from 4 days ago according to google search. If i go on the download link all the clients were retired

Yes, the first round has closed – we’re hoping another round opens up for more players – we’ll write another article if it does.