Call of Duty: Modern Warfare has an epic-sized create-a-class system. Since release, players have been getting to grips with it in-between patches to find the loadouts that work best for them. However, with such a wealth of choices available, a lot of people have been left lost in the menus. Building a decent loadout is harder than ever. With so much choice, there is more and more potential for building strange or unbalanced loadouts. Even within the Gunsmith system, you have the potential to turn one of the best weapons in the game into a Frankenstein’s monster of a gun. This is why loadout building is so important in the game. If you’re looking for the best Call of Duty: Modern Warfare loadouts, you need to consider every part of your gameplay.

While the loadout begins with a weapon, Gunsmith is more sophisticated than the entire weapons list in other popular shooters. This makes building the right loadout for each weapon really important. After that, you’ve got to pick the right killstreaks, Perks, and equipment for your class. This is a bit difficult when every class has different stats depending on the exact gunsmith attachments you’ve used.

This guide goes over the aspects of the best call of Duty: Modern Warfare loadouts. We’ve put together a comprehensive guide to every aspect of building a perfect loadout. While there are some examples of out-of-the-box well-balanced loadouts, there is also the information and expertise to build your own perfect loadout.

What are the best loadouts in Modern Warfare? 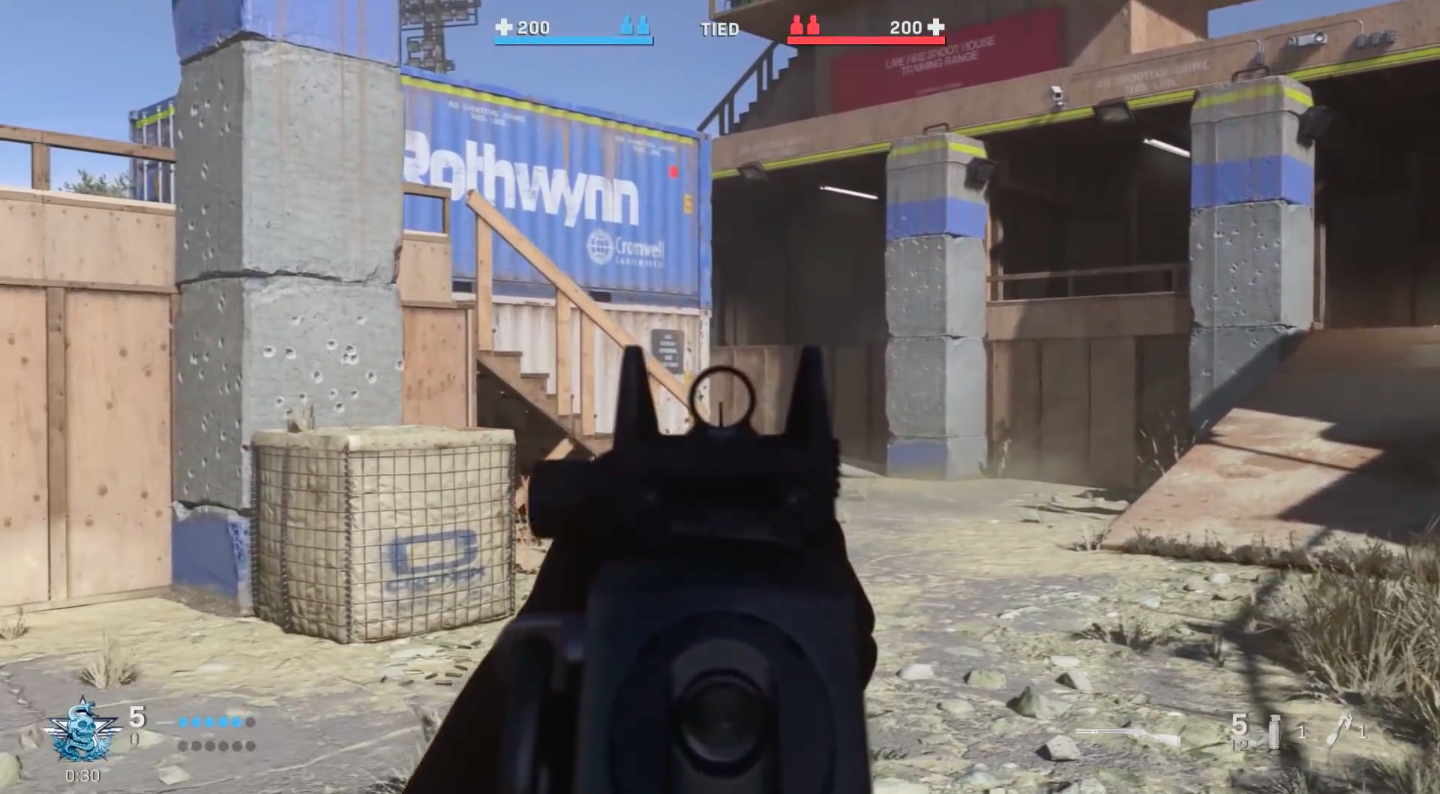 If you’re looking to build a loadout to use in-game but don’t yet know enough about your play style to build your own loadout, there are plenty of great templates to start with. With these guides, you can find the best Call of Duty: Modern Warfare loadouts, ready to use to match any play style. These are great starting points before you begin to adapt the loadout to suit your needs.

Build Your Own Call of Duty: Modern Warfare Loadout

If you really want to get the most out of the tools available to you, you’ve got to build your own loadout. However, this can go disastrously wrong if you’re not careful. These guides go through the options in building a good loadout and narrow them down to the elements that are going to be useful for different types of players. These recommendations are a great starting point for building the best Call of Duty: Modern Warfare loadouts for you. 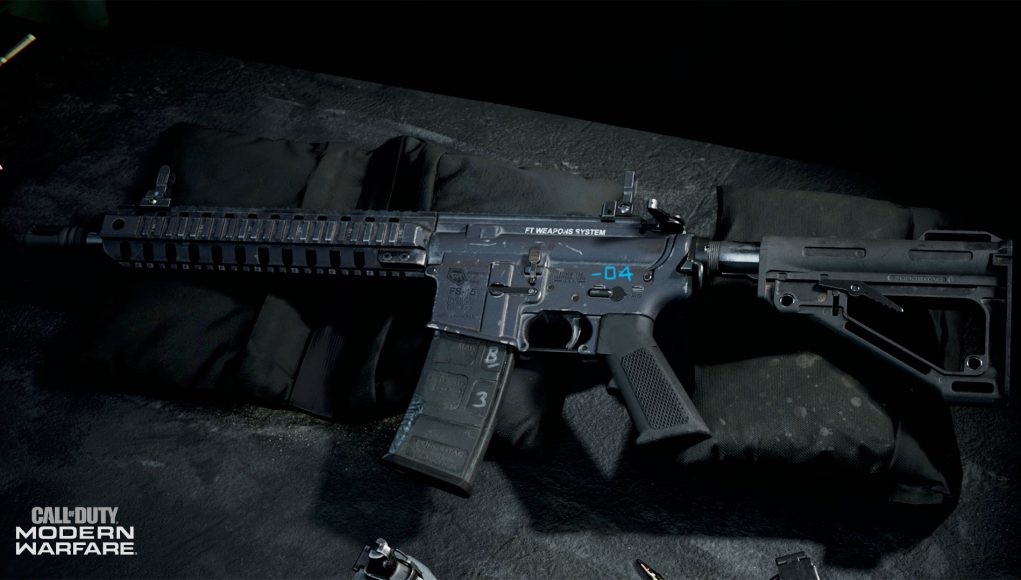 The beginning of a great Call of Duty: Modern Warfare Loadout is the weapons. Everything has to be built around your gun. While you should experiment with all of them, this takes some time You need a hefty level on each weapon to get access to the whole of Gunsmith. This makes it sensible to start with a few weapons and build out from there. This way you don’t limit your options for the rest of your loadout too much.

These are some good choices for starting weapons in Call of Duty: Modern Warfare. Going with one of these from a category that best suits the way that you play is a great start to building your own loadout. However, you then need to make the most out of Gunsmith.

Try not to overload your weapon in Gunsmith. Too many attachments are going to cause as many problems as it gives benefits. The right Gunsmith balance should enhance your gun, not make it a mismatched mess. 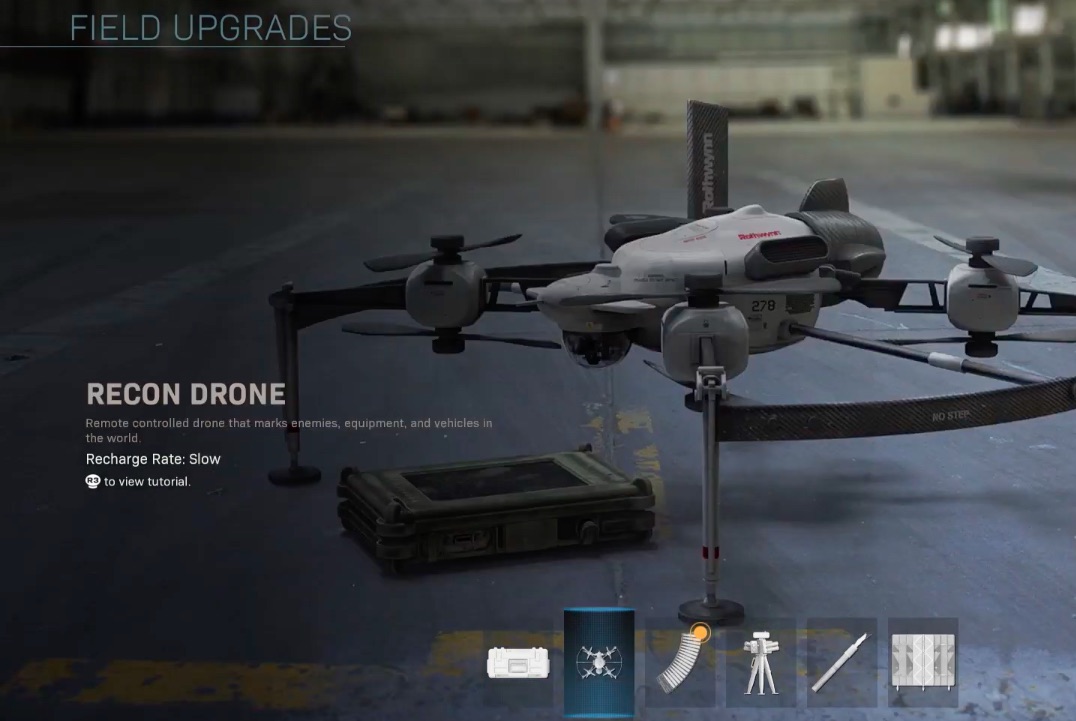 After choosing a weapon, you need to think about what equipment is going to be right for the way that you’re playing. Equipment comes in a couple of forms; tactical and lethal. If you want to build the best Call of Duty: Modern Warfare loadouts you’re going to need to make use of both. There are some great choices in both categories for every type of player, but there are also some you should avoid like the plague.

Matching these choices with the type of weapon that you’re using is going to set you up with a pretty well-made loadout. However, that isn’t the end of it. The best Call of Duty: Modern Warfare Loadouts give you a bit more to customize. 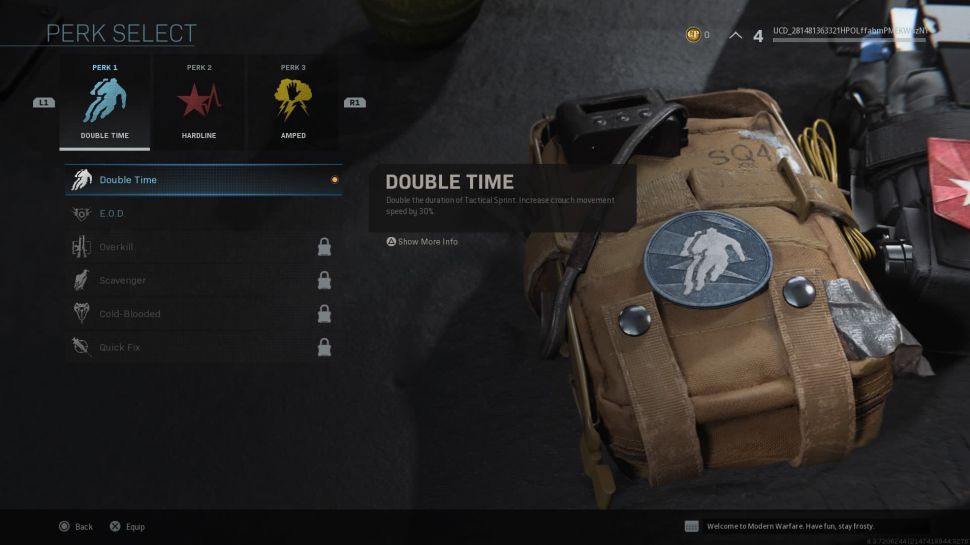 Perks are going to give you a boost in any playstyle. However, a lot of players end up picking the perks they think are OP rather than going for something that’ll help them. This game is pretty well balanced and there actually isn’t any perk that every player should be using. Instead, you’ve got to think about how they’re going to help you win games with the gun and equipment that you’re using.

This guide goes over all of the perks in the game, and which ones are right for each player. You get to choose three perks, one for each slot. Making sure they’re all working in harmony is really going to help you craft the best loadout in the game. 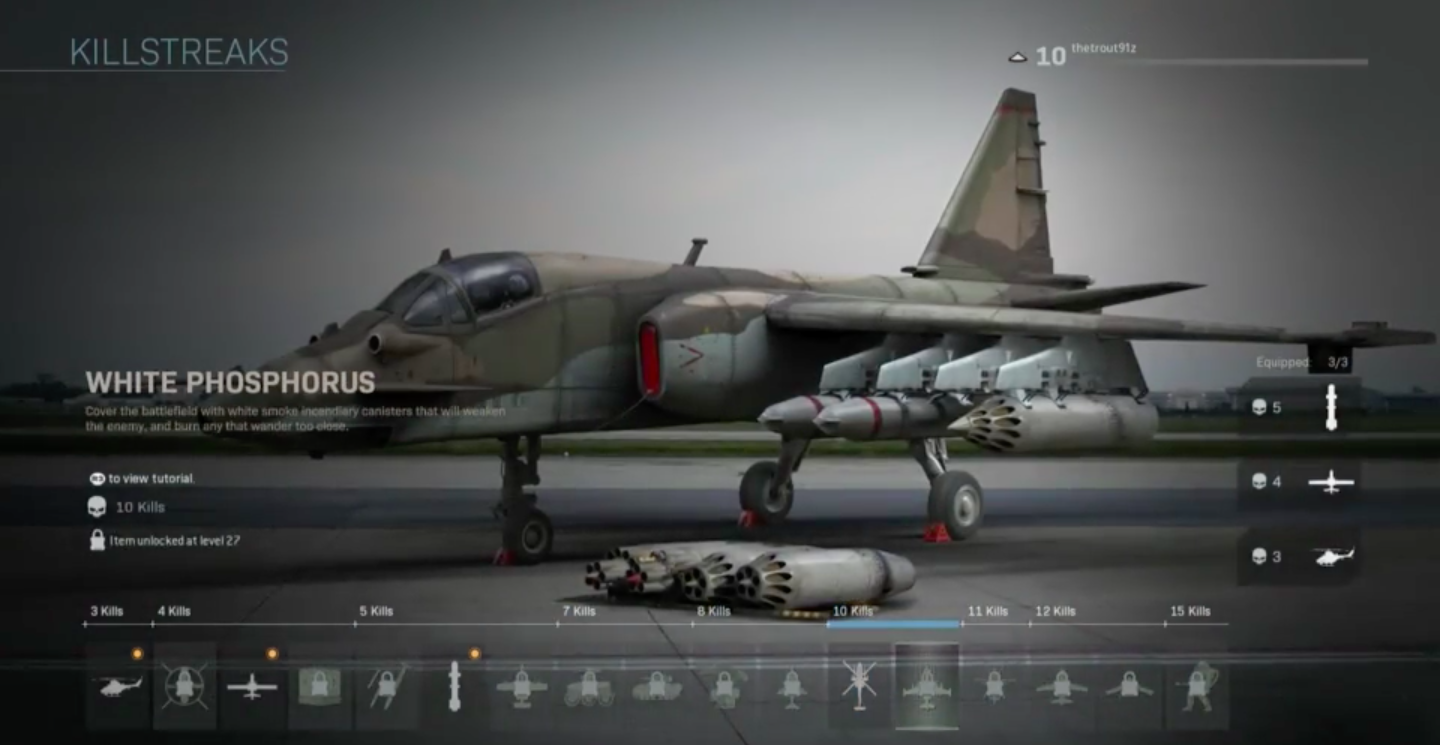 Everyone likes a Killstreak when they get one, and few like to be on the receiving end. These attacks are the Call of Duty equivalent of an Ultimate ability, a massive attack of bonus you can call in. Much like perks, there is a temptation to just go for the ones that seem the strongest. Since they’re locked behind different amounts of kills, it can be even more destructive to do this. Not every type of player is going to be getting Juggernaut consistently. However, if you think things through you can pick the right Killstreaks for your class.

This guide covers all Killstreaks available in the game, and which suit which type of player. You need a killstreak that compliments your play style. Although, it is just as important to balance it with one that is achievable. Certain players are going to be dying a lot more often as their way of playing puts them in greater danger. Your killstreaks need to reflect this. 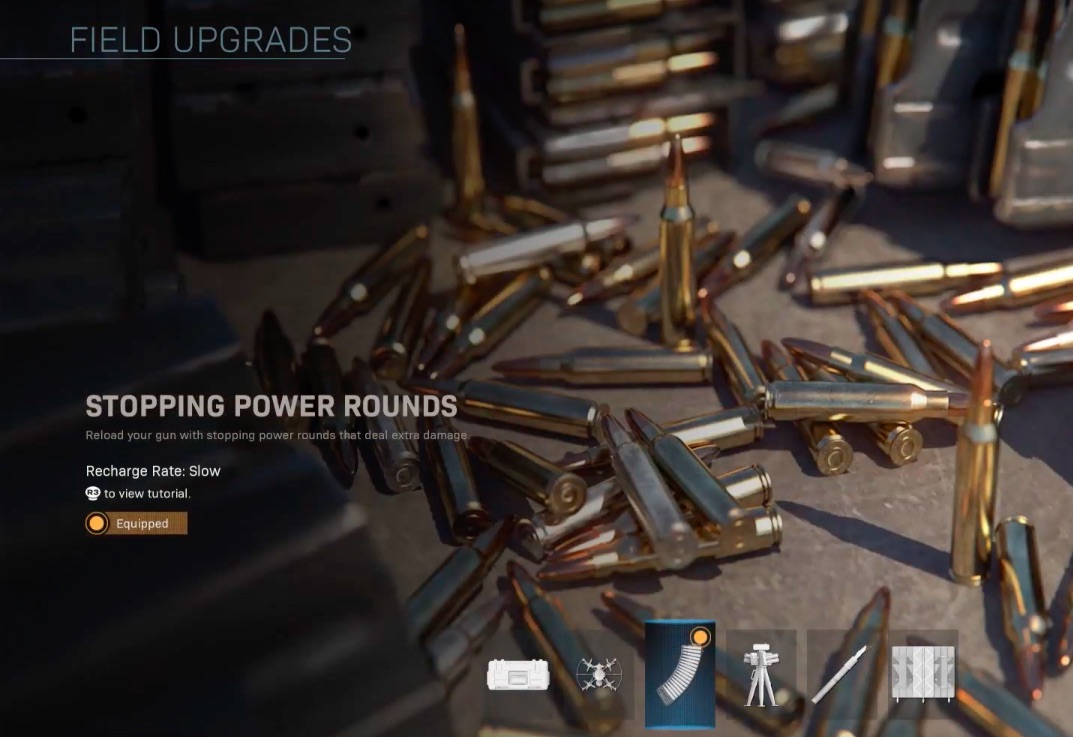 Last in the process of building the best Call of Duty: Modern Warfare loadouts are field upgrades. These are another occasional boost that you can receive. They’re a neglected part of the class system in-game. You need to make sure you’re choosing the right field upgrades to make the most out of the rest of your class. A well-chosen upgrade can give you a serious boost.

This guide covers the best field upgrades to use, and which type of player should be using them. This will help you make the best use of your resources. These areas of a loadout are often just picked on a whim. However, with some experimentation, you’ll find they can very useful. The right balance of Field Upgrades, equipment, and perks can make the best Call of Duty: Modern Warfare loadouts.

The expansive system for loadouts is initially intimidating. Building a perfect loadout might take time, but it is one of the most important things you can do to improve your gameplay and the results you get from playing the game. You can also make sure you’re using the best Call of Duty: Modern Warfare settings, to get the most out of the game.