Escape from Tarkov might be a while away from release, but it is a deep and complex game already. There is a really complicated in-game economy and loadouts, but there are also plenty of maps available. If you really want to dominate in raids, you’ve got know the maps like the back of your hand. The realistic approach to gameplay gives very little space for you to figure out where things are. This isn’t the time to be wandering around like a tourist. This Escape from Tarkov Labs guide covers one of the strangest and most difficult maps in the game.

Labs is pretty different. This isn’t just a cosmetic thing or down to the shape of the map, even getting in there takes a bit more challenge than you’ll find elsewhere. The scavs inside are different, the extractions work differently, insurance is different, even the players themselves on the map are different from most other maps. This can make it pretty confusing to a beginner.

This Escape from Tarkov Labs guide covers everything you need to know about the map. This should be the information you need to avoid wasting valuable resources getting to grips with labs. However, it is still quite a complicated map. You shouldn’t rush into it, and the most important thing about playing on Labs is figuring out where everything needs to be. If you don’t take the time to learn the map properly, Labs is going to be a confusing place for you to play. Insurance is also completely useless here, so you’re really playing with a lot of risk.

Getting Into The Escape from Tarkov Labs Map 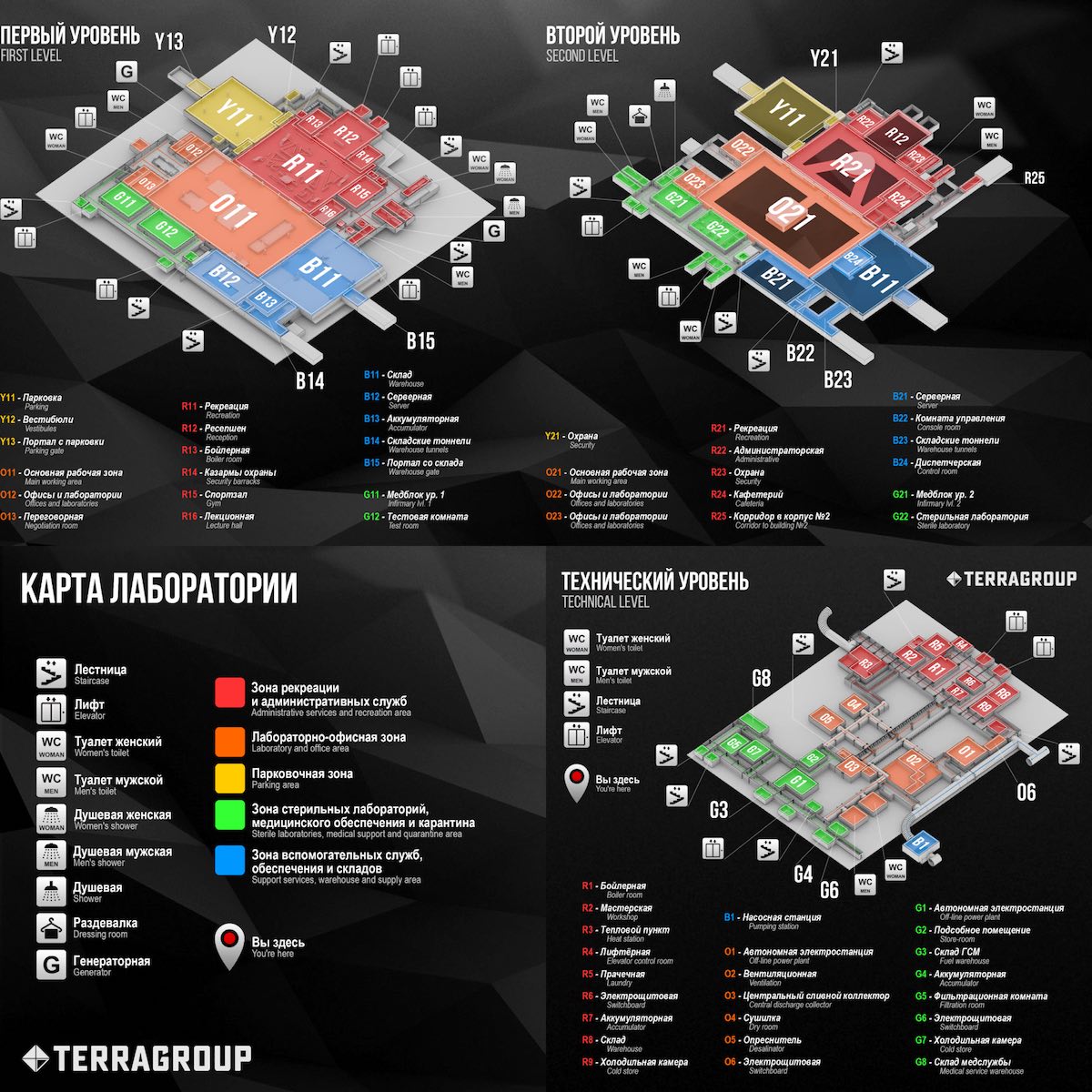 With most other Escape from Tarkov maps, playing on them is really simple. This isn’t the case here though. To play on the Escape from Tarkov Labs map, you’ll need a key to even in getting in. This is the Terragroup Labs Access key. This is where you can find it:

None of these ways are consistent players to farm keys though. This makes your entry something of a commodity, especially for beginners. Every time you play on Labs, a key is consumed. However, if you’re playing offline it won’t be consumed by playing, but you still need one to actually get to the map. This means you can use the offline mode to scout the area out. This is the same on every map, but here it is particularly important. Since there is an entry fee, you need to really know what you’re doing when you actually enter the map online.

The Escape from Tarkov Labs map is pretty much full of scavs. However, these aren’t your normal enemies. The scavs here are scav raiders, these are the toughest scavs in the game at the moment. They do carry better loot than ordinary enemies, but they’re harder to kill.

You need to be aware of this going into the map. If you rush in without considering it, you’ll die easily. Even the enemies on this map are as threatening as some players on other maps. The loot is better, but Labs is high risk and high reward.

How do you escape Tarkov Labs? Map guide 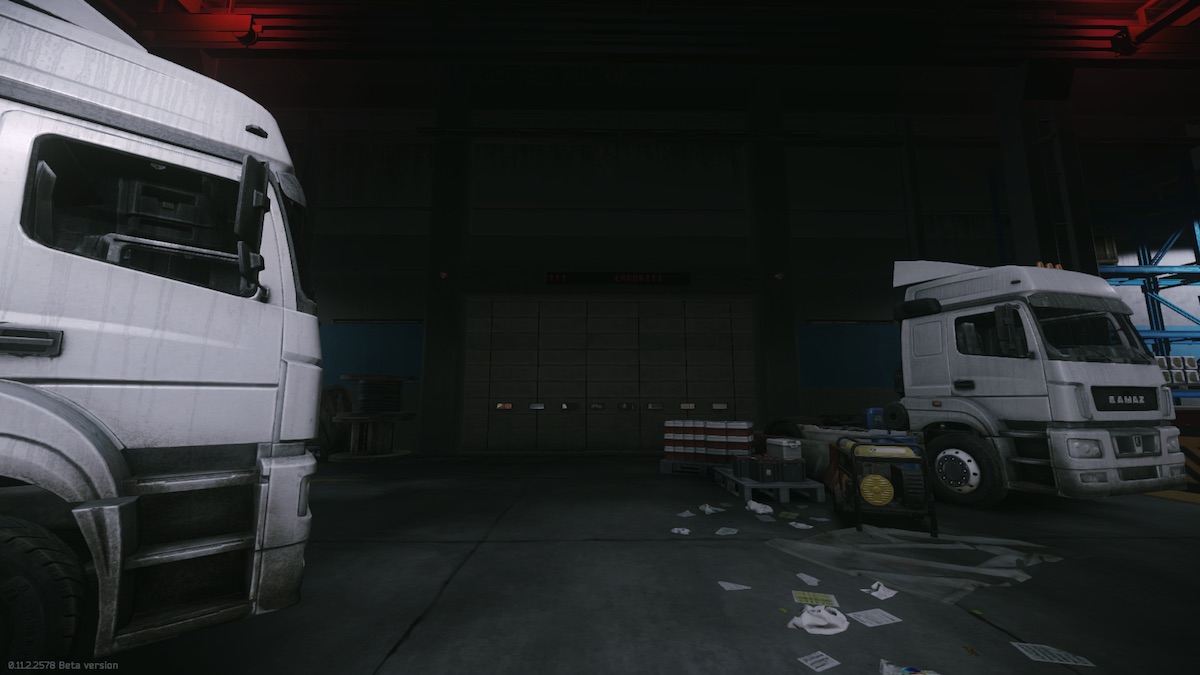 Labs is a difficult map, so it is best to know your way around. The map can be broken up into about three areas. There is the bottom floor which is primarily tunnels, the middle floor which is the main area, and the top floor which overlooks the second. The map is played pretty vertically once you know what you’re doing. You need to use this to your advantage, if you try to compete on a single floor, more experienced players will use the verticality to take the advantage.

The top and bottom halves of the first floor are divided into two major POIs. The top has the parking gate extraction. This is a really important extraction point that a lot of players gravitate towards. The rest of this area is primarily made up of smaller rooms. These are pretty good for interior fighting but you need to be wary of players waiting in ambush. There is a lot of cover, but also plenty of opportunities for taking players by surprise

The other half of this floor is focused on the warehouse extraction. This extraction point is another fairly easy to use one. This makes it another place that players gravitate towards when playing the Escape from Tarkov Labs map. This area is a little more open but it is also overlooked by the top floor. This makes it pretty dangerous and you should be sure to stay aware of the level above you when moving around.

The second floor contains great spots for overlooking the first and taking lined up shots. There is also a number of offices which have some pretty good loot.

The Labs basement on this map is similar to tunnel sections on other maps. It is pretty confusing to move around at first. To really make the most of it, you need to spend some time offline. Learn your way around down here. Once you do, it can become a great asset.

As with other maps with lower floors, it is a great tool for repositioning or escaping. Being able to drop down into the lower floor to get away from firefights or reposition yourself is going to be vital. Learning the layout goes a long way to improving your performance on this map. 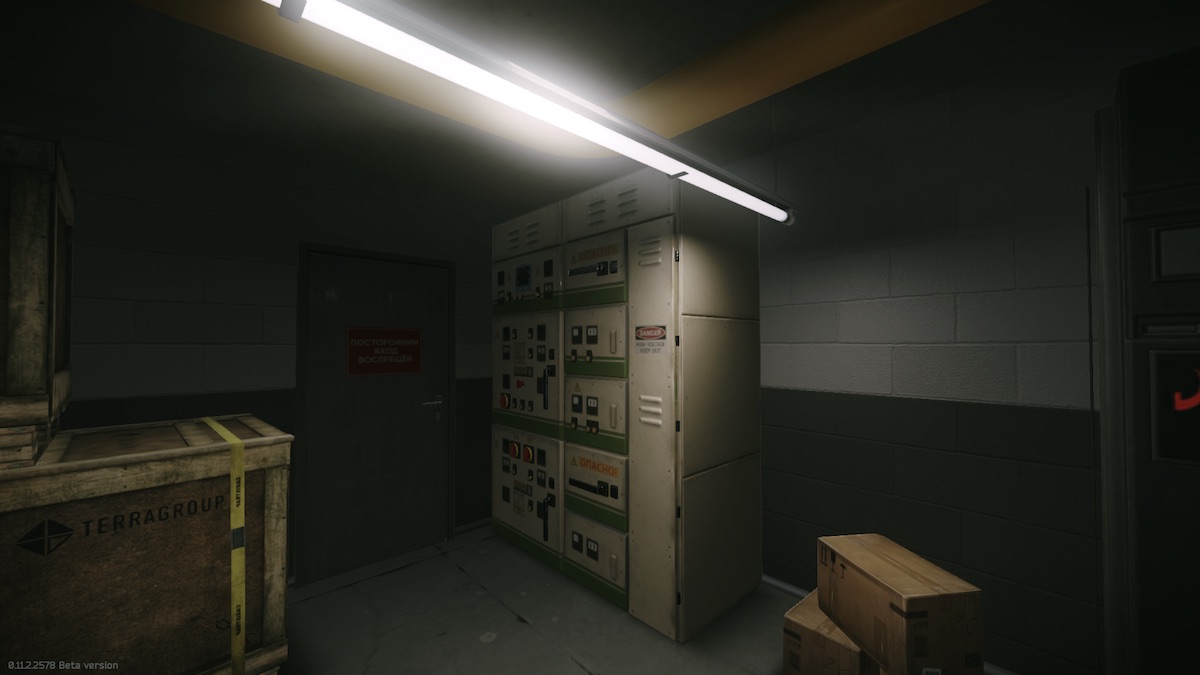 The extraction points on the Escape from Tarkov Labs maps work differently to the rest. Every single extraction point here is dynamic. This adds another level of difficulty in making an effective run. We may see more maps like this as the game gets closer to release. You need to complete a task to get any of them working. These are your options:

The Escape from Tarkov Labs map is pretty big, so there are a few hotspots that tend to be present in every game. Knowing where these are can help you avoid firefights when unnecessary, and rush into some PVE when you need too.

The parking garage and warehouse are two major hotspots. This is because of their use in the map but also their layout. They lend themselves to open fighting quite a bit more than other areas. Overlooking areas are great to take shots at anyone in these areas, so this is an option if that’s how you like to play.

The manager’s office can also be busy early in the game because of the loot there. This hotspot might calm as the game continues though. It is still worthwhile to keep in mind though. The spot could be pretty busy when you enter.

Who Should Play Labs?

The Escape from Tarkov Labs map is pretty different to the others on offer. It definitely isn’t for beginners. The risks on offer are too big to take a gamble on unless you’re willing to come out pretty badly. Really, this is a great map for grinding if you’re already pretty established. You can grind the good loot that comes from the better scavs, but you can’t really risk it until you’ve got the means to risk all equipment on a difficult map.