Level Up Weapons Fast in Call of Duty

Call of Duty: Modern Warfare has a massive array of weapon customization options available. A bizarre amount, you can do some cool stuff. However, these attachments for the Gunsmith mode are locked behind a pretty hefty XP wall. To actually play around with everything a weapon has to offer, you need to get it really high up in its weapon level. You unlock these options as you progress, and it takes a lot of progress to get every attachment. This is why it is kind of important to level up weapons fast in Call of Duty: Modern Warfare. Without doing so, you’re playing with half of the options of other players.

When it comes to building a loadout, weapons and Gunsmith are vital. Everything else is built around it. Without unlocking every attachment for your weapons, you’re limited to beginner centric loadouts or the pre-made loadouts that come with blueprints. This is fine, but not exactly ideal. If you want to step up your loadout to get through that Battle Pass, you need to level up weapons fast in Call of Duty: Modern Warfare.

The key to doing this is to optimize the way that you play. There are some tips and tricks you can use to get your weapons to the rank you need for more attachments sooner.

How to Get Weapon XP 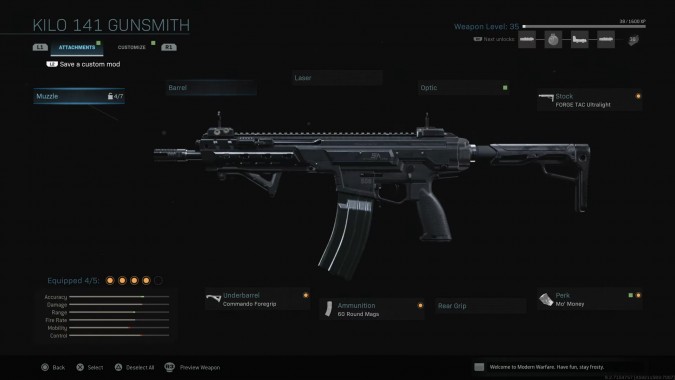 Weapon XP in Call of Duty: Modern Warfare is a bit different to normal XP. There are a few different forms of progression in the game. This is nice since you’re getting a feeling of accomplishment as you play. However, it can become confusing when you’re trying to focus on one type of XP over others. In Call of Duty: Modern Warfare, this is how weapon-specific XP works:

With this in mind, there is the only thing you can do to level up weapons fast in Call of Duty: Modern Warfare; Get more kills. Easier said than done really. These Call of Duty tips should help you play in a way that maximizes your weapon XP, although it might be a bit of a grind to get everything.

How to Level Up Weapons Fast in Call of Duty: Modern Warfare

Leveling up a weapon in Call of Duty is done by getting kills. This means you’ve got to go for the right game modes and tactics to optimize this. It doesn’t even matter if you win games, what you need to do is get more kills. These are some things to try out. 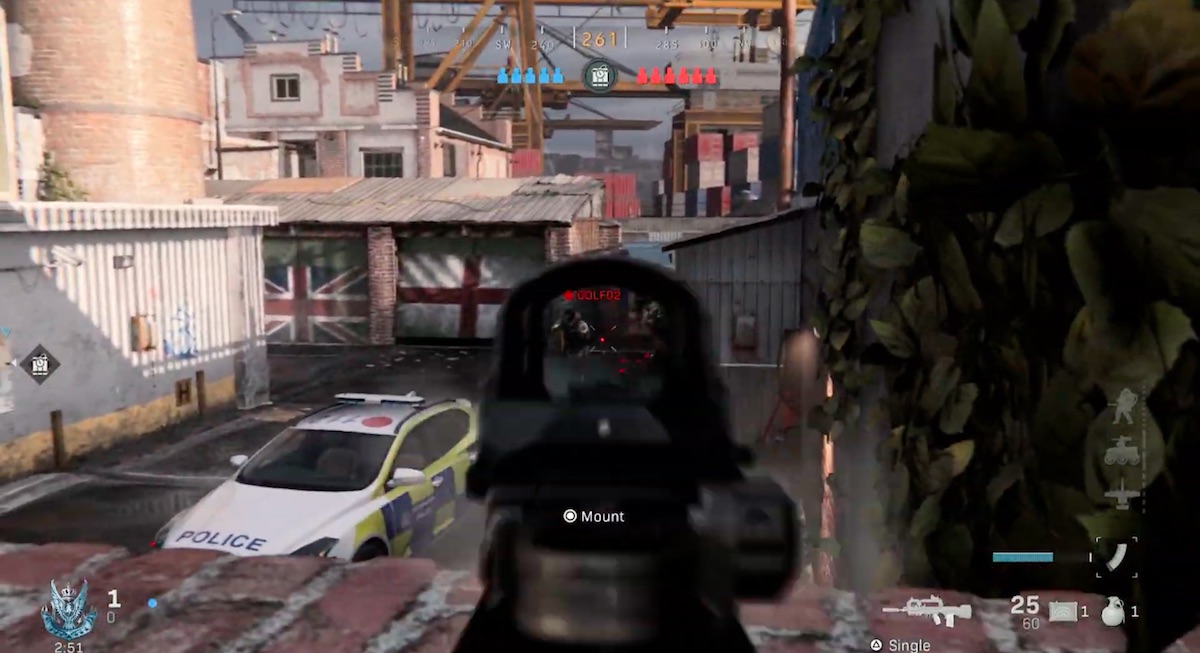 Double XP events are your friend, as are the tokens for getting double weapon XP. These are going to be helpful to double up on your grinding out XP with these tips.

Stick with One Weapon

This is absolutely vital. Don’t mix up the weapon you’re using. Stick with one and keep going with it until you get the attachments that you need. Don’t be afraid to adjust the loadout as you can though. Playing with one weapon for a while is going to teach you a lot about how it works. Make the most of this by building a loadout that perfectly compliments this weapon, aside from the Gunsmith attachments that you still need to earn that is.

There are loads of different game modes in Call of Duty. A lot of them are objective-based rather than kill. This means you’ve got to be playing right the game modes that give more kills when trying to level up weapons fast in Call of Duty: Modern Warfare. This isn’t always the obvious ones though. Some objective-based game modes are actually great for getting kills. Domination for 20 players is a really good choice. With large teams, players find it difficult to keep track of all enemies. Respawning isn’t much of punishment either. This combined with 19 teammates makes players a bit irresponsible, you can take advantage of this by getting more kills in.

Shoot House is another great choice. This is all close combat, which means everything is done pretty quick. This game mode isn’t the most interesting, and it isn’t great for leveling up certain weapons, but you can get a lot of kill fast.

Team Deathmatch is the responsible choice for this tip. In this mode, you won’t annoy anyone by just going for kills since that is the point of the mode. However, this mode isn’t the easiest to get kills in since players are competing for kills rather than objectives, they’re more focused on what you’re doing.

Use Your Whole Loadout 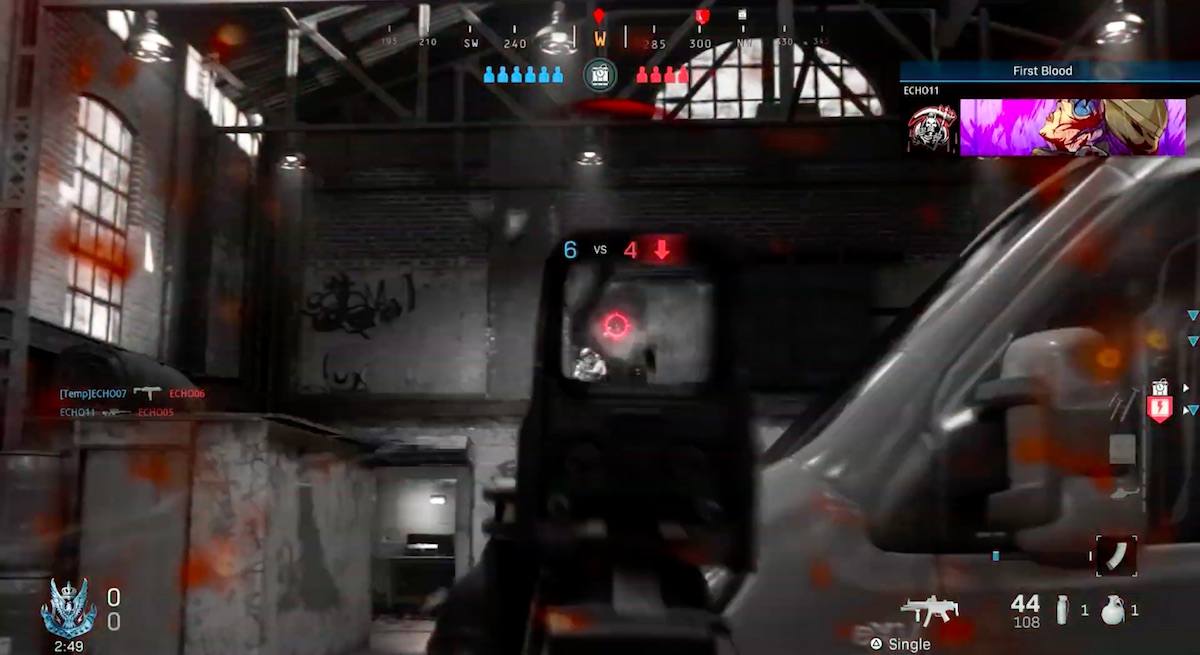 You’re leveling up a weapon, so you might think you need to focus on your weapon. Just because you’re going for weapon XP it doesn’t mean the rest of your loadout is broken. In these situations, you should make the most of your tacticals, lethals, killstreaks, and field upgrades. They can give you the advantage that you need when using an underpowered weapon. A gun without the right attachments is a disadvantage, these will help you level the playing field.

Play Under the Radar

Using stealth perks like Ghost and Cold-Blooded gives anonymity in these game modes. With this, it is difficult for players to find you. This is going to help you get more kills. Especially when you’re not paying too much attention to the objective. Not behavior that is going to win you any friends in the game, but good for grinding out weapon XP.

Level up Weapons Fast in Call of Duty: Modern Warfare

These tips should help you to maximize your weapon XP gains. However, it is still going to take a while. This is a big game with a lot of content. You’ll need to play a weapon for quite a bit to get everything on offer. Just keep getting more kills, and eventually, the Gunsmith section will become bloated with options. Using the right Call of Duty settings is also going to help you out, by giving you that edge in reaction time. You should also check out the settings of some pro players if you’re still looking for inspiration.