Apex Legends’ fourth season is launching very soon, and the wind-up to the new content has been pretty busy. A massive event saw the last season end, with a load of new game modes. Even the reveal of the new Legend for the next season wasn’t simple, with one contender murdering another for his spot. Season 4 of Apex Legends is due to launch this week; we’ve got a first look at some of the changes coming to the game in a trailer. This shows off a few things including some new gameplay for the season. However, most significantly it shows off the Apex Legends Season 4map changes to the world, these changes really make the game feel fresh every season.

Season 4 of Apex Legends is going by the name of Assimilation. The map in use is going to be World’s Edge, the new larger map added in Season 3. While King’s canyon occasionally comes back for events, it doesn’t appear that it is due to make a permanent return anytime soon. This new season is introducing some new mechanics alongside map changes, players will have a lot of changes to get their teeth into when the season launches. The Planet Harvester is the most interesting of the changes currently shown. This new feature sits in the center of the map and appears to be a focal point. This is everything we’ve learned about Apex Legends Season 4 before the big patch goes live. 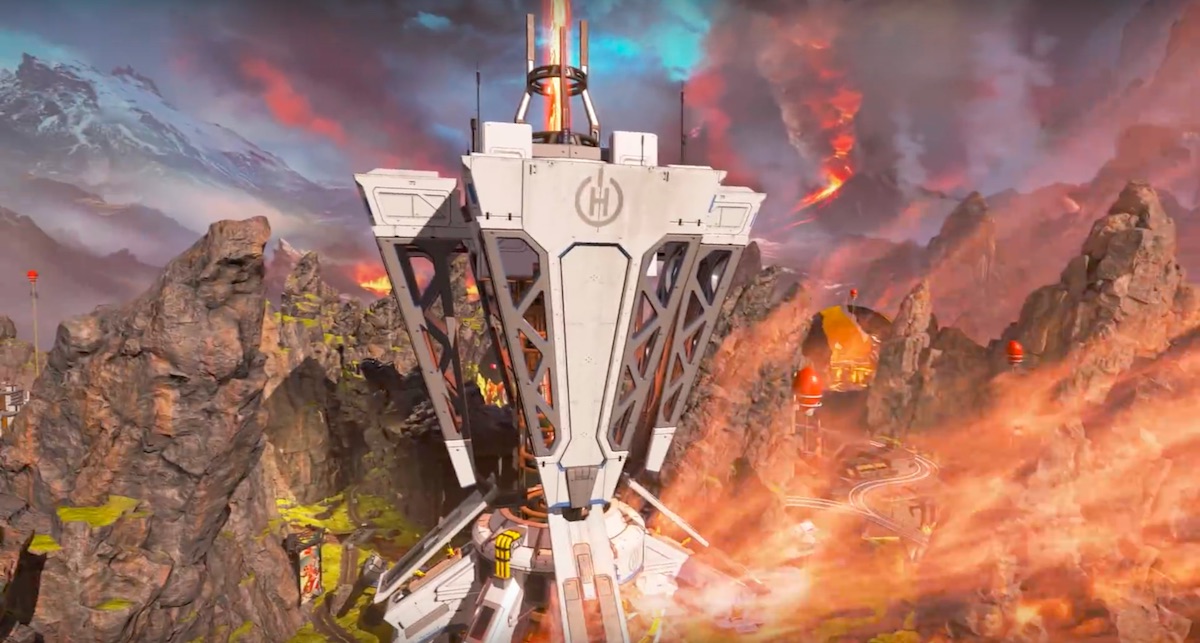 The Planet Harvester is the main addition to the game that we’ve seen so far. However, the building itself is really quite unique. It seems to be a lot more than just another POI. It sits in the dead center of the map and is pretty sizeable. Inside the Planet Harvester, there is a lot of different spaces and rooms. This isn’t your usual cluster of rooms like in Fortnite or past Apex POIs. This is an entire complex rammed into one building.

There is an open center of the structure which is going to lure in players, but twists of hallways and corridors have to be gotten through first. There are multiple levels to this building which is going to ensure that a good number of teams can be occupied inside of it without it turning into a one-room shotgun fight.

The Planet Harvester looks set to really change up gameplay, with interior close combat becoming a more viable game plan. Outside of this though, there have been some other changes to the map.

The Planet Harvester itself has resulted in some other Apex Legends Season 4 map changes. Namely, a giant fissure of lava. This has split Capitol City in two. This POI was the busiest spot in Season 3, so splitting it right in two is going to make a big difference. This is more than a brief obstacle; this is a major change to the flow of the map. Most players should be rethinking their rotation if they depended on using capitol City through their games.

There are two locations that let you get across the split. There is a zipline and a fallen bridge. These are bound to become pretty big chokepoints, so keep aware of any dangers that might be around there.

Apex Legends has been on something of a hot streak recently. Between big events and attention-grabbing announcements, the game is more alive than ever. Season 4 is a great time to be playing the game, especially as other Battle Royales are currently sat in limbo. If you’re coming back to Apex for the new season, be sure to check out some pro players’ Apex Legends settings to make sure you’re running the game as well as you can.