Valorant is a really fun game, but it isn’t the easiest for beginners. It is a complex shooter with a lot of weapons and a lot of mechanics to get the hang of. As a beginner, you’re kind of dropped in the deep end. Even if you’ve not unlocked all of the characters yet, it can be difficult to know where to start. There are Valorant characters for beginners that work a lot better to learn the ropes. There are some characters that lend themselves really well to helping you learn how to play the game, these are the best beginner Valorant agents.

When you’re looking for the best beginner Valorant agents, you’ve got to focus on core mechanics. The abilities are great but they’re specific to one character. The best way to improve at Valorant is to master the basic mechanics, and then add in abilities. Once you’ve got the main shooting, aiming, and planning things down, then you need to focus on getting better with your abilities. When you’re looking for the best beginner Valorant characters, start with those that help you learn the mechanics and maps.

This guide covers which agents you should use as a beginner. Start with these, and then process to experiment with all of the Valorant characters available: 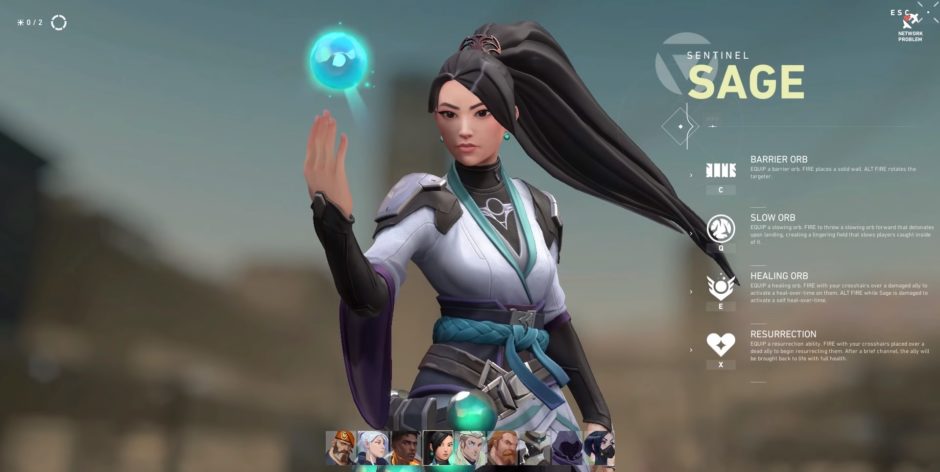 Sage is one of the best beginner Valorant agents as she is relatively easy to use. Most of her abilities are focused around defense. You can throw up a wall to block areas and zone a little. This move will be instantly recognizable to players of Overwatch. It can also serve as a great introduction to thinking tactically to zone off other players. As you learn the maps better, you’ll be able to use this to control the flow of the game. This is a skill that transfers to most character’s abilities later on.

Sage also has some healing abilities. This makes her pretty simple to use since it doesn’t complicate your attack. Use Sage to practice the basic attacking and defending mechanics without having to worry too much about when is right to use your abilities. Taking damage and healing your enemies is going to be helpful as you learn. You might get a bigger feel for how to throw down a wall at the right time, which doesn’t hurt.

Sova is another great beginner Valorant agent. This one is focused on research and providing your team with intelligence. Using Sova, you’ll be able to get a vision on other players. This can help you master positioning yourself for a firefight, as well as communicating well to the rest of your team.

Sova’s main abilities are bolts, one is for recon and the other damage. Recon Bolt will fire across the map and show you the position of enemies. The important thing with this is to fire it off as often as you can. The other is similar but deals damage. The final ability is a drone that can be flown around, this has some obvious recon benefits but you’ve got to be secure to use it.

The Ultimate ability for Sova is a strong arrow that can even penetrate through walls. It can cover half of a map in most games, so you won’t have to worry about distance. You can use it three times. When you hit an enemy you should be able to take them out quickly. These abilities are great for beginners since they don’t really take much strategy to use. They also give you an important role to play.

The recon abilities are going to make it easier for you to get the hang of combat by giving you more information. These types of moves ate the best ones for complete beginners, you can focus on combat and not stress too much about when to fire one-off. 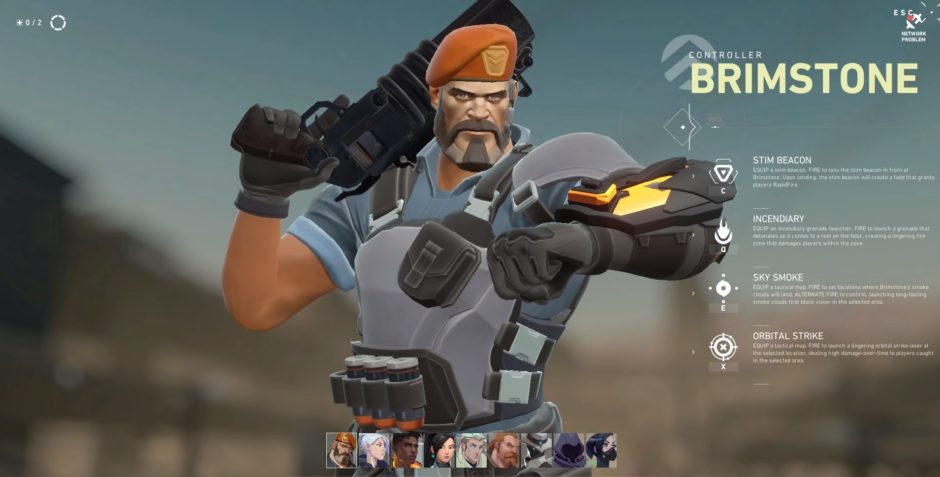 Brimstone is a fairly good agent for complete beginners. However, he does take a bit more work to get good at.

Brimstone can use smoke bombs at a spot on the map, incendiary grenades that can go around corners and zone others, a speed-boosting beacon, and his Ultimate is an Orbital Cannon. These abilities can be really effective at offensively zoning other players and doing damage. Using them is a matter of watching when your team needs to push and being aware of the general area of the map.

Brimstone takes more knowledge of the maps in the game to use well than the other best beginner Valorant agents. However, once you get the hang of Brimstone you can get quite a bit of damage and offensive ability with him. He’s still a great Valorant agent for beginners, but one focused on offensive attacks.

The Best Valorant Agent for Beginners

The best Valorant agents for beginners are all great for learning the game with. The recon and support agents offer the clearest advantage for complete beginners. They give you a bit more defensive options while you get better at the combat. Brimstone is slightly more advanced since it needs some knowledge of timing and maps. However, any of these are a great place to start if you want to learn the ropes in Valorant.

Our other Valorant Guides Can help beginners master other areas of the game: