Cyberpunk 2077 is just around the corner and even though the game is not out yet, we did our research and found some of the deadliest weapons in Cyberpunk 2077. Basically, there are four different classes that you can choose from and each of them has different statistics and features. CD Projekt added a lot of RPG elements and customizing guns will also be a huge part of the game.

Cyberpunk 2077 comes laden with numerous assault rifles but Militech ARK-44 seems to the one that will do the most damage. It offers a high RPM and less coil and would really come in handy in taking the heads off your enemies. Aside from the high damage profile, this assault rifle is customizable and you could also equip more attachments to tweak the performance.

If you’re a COD guy then you won’t take long to master this gun. Additionally, Militech ARK-44 in Cyberpunk 2077 is one of the highest-rated weapons in the game and you will have access to this early in the game. Starting off, Militech ARK-44 would be a good option to have in your arsenal.

Looking for a deadly short-range weapon? Arasaka “Ronin” HS8 got you covered.

It offers high damage of 90 with an accuracy of 12. Arasaka “Ronin” HS8 is only suitable for short-range combat scenarios because it’s a close-range weapon and won’t do much damage if you’re targeting an enemy that is far away from you.

With more customization and attachments, Arasaka “Ronin” HS8 would be a decent choice to dismantle your enemies. Furthermore, the gunplay in Cyberpunk 2077 is a bit inspired by many AAA first-person shooters and you’ll need to be a quick study if you want to survive.

In Cyberpunk 2077, you’ll have the access to most advanced weaponry and Tsunami Nekomata is also one of them. It is one of the deadliest weapons in the game that you can find. Its armor-piercing capabilities can devastate the enemies. With Tsunami Nekomata, you won’t be firing any bullets because the only thing that you’ll see coming out of this one is lethal electric shocks.

Although this weapon has low RPM, the damage profile and accuracy that this gun has to offer are quite astonishing.  On top of that, you will also get to customize the weapon according to your likings and enhances its damage profile as well. If you’re looking for a deadly weapon in Cyberpunk 2077 then Tsunami Nekomata would be a wise choice. 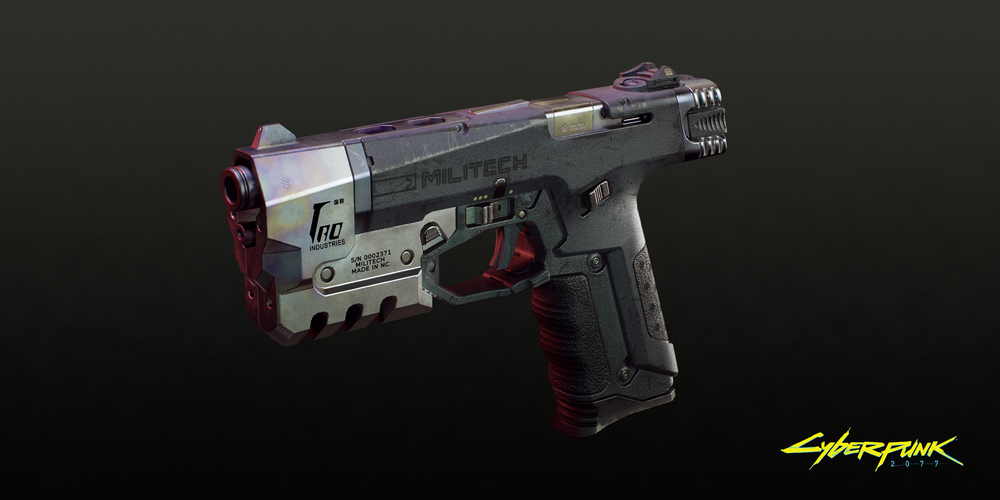 Your side-arm would be the most used weapon in Cyberpunk 2077 and a decent side-arm will go a long way. Militech M-10AF Lexington is an excellent side-arm weapon with high RPM, accuracy, and fast reloading time.  It’s quite steady and precise, even for long-range targets.

The combat in Cyberpunk 2077 is quite realistic where every second count and in such scenarios, Militech M-10AF Lexington would offer its services of eliminating enemies in real-time. For casual encounters, this weapon is ideal and would really come in handy.