If you ever tried playing Fortnite Battle Royale on a Mac device, for example, a MacBook Pro you might have experienced low FPS or felt lag while playing the game. This can course significant drawbacks and disadvantages to your gameplay as opponents will be able to win with ease due to having an advantage over those who experience these problems!

However, there is hope – here’s a guide on how you can increase FPS when gaming so that no one has any advantages in-game during battles against others.

To make a in-depth guide we have to start with the minimum system requirements for the game. To be more exact for Mac users. Actually, the minimum specs required are the same as for Windows, except for the operating system. Below is the minimum needed to run Fortnite:

It goes without saying that having more computing power, a better GPU, more memory, etc will greatly increase your performance in the game.

With that said, below are s a few steps anyone can take to get a better gaming experience.

1. Get Boot Camp (Windows) for your Mac

Yes, you read that correctly! This doesn’t mean get a windows computer, but rather using the Windows Operating System (OS).

Most games run better on Windows and you can actually use both Mac & Windows OS on your Mac at the same time quite easily. Apple provides a program called Boot Camp that lets you install Microsoft Windows on your Mac. Install Boot Camp and install Fortnite on your Windows partition. You can change whether you want to use Mac or Windows when you start your computer. 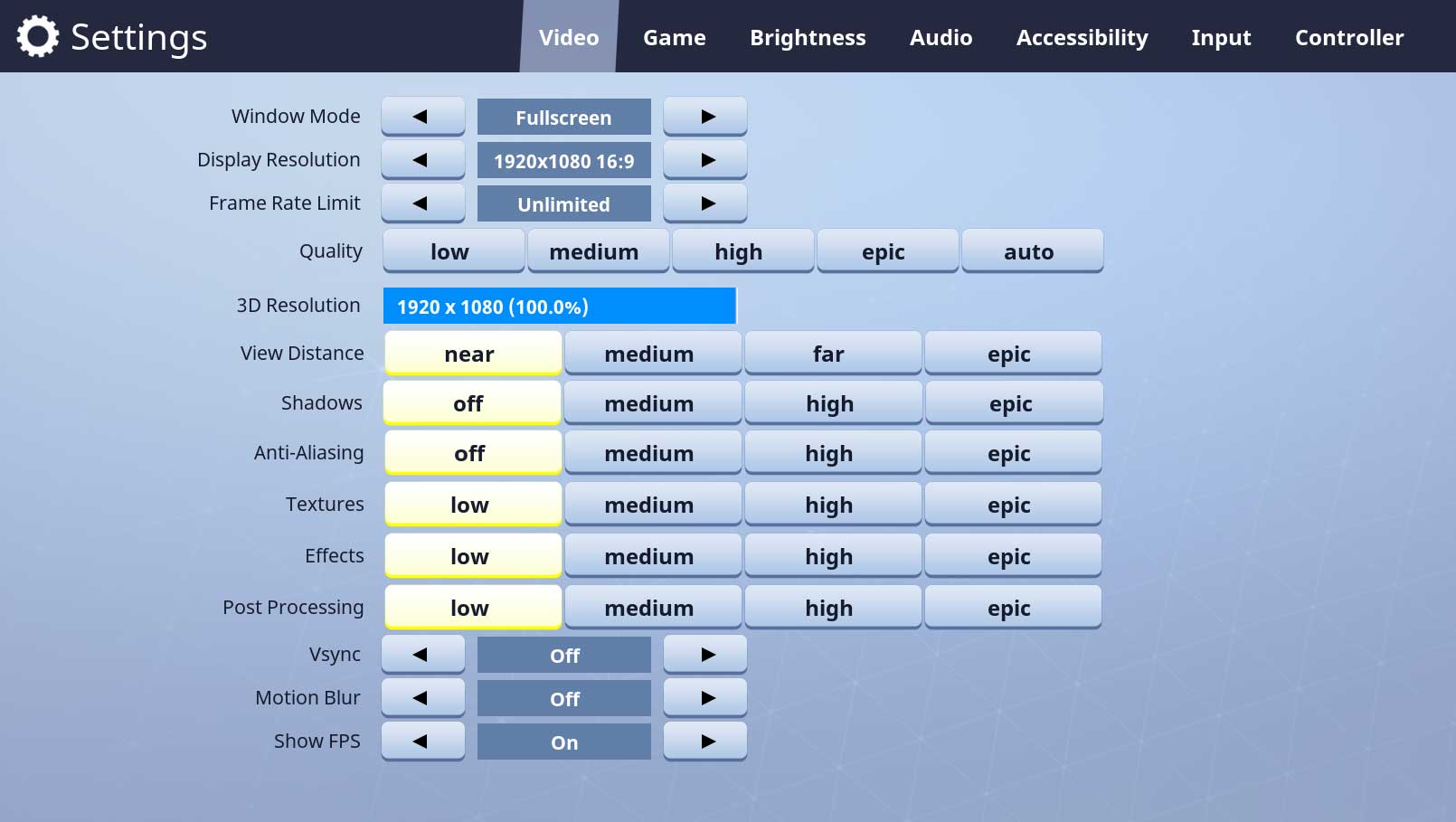 2. Set All Settings to Low

Fortnite still looks great on low settings and if you want to boost your game, you have to sadly sacrifice some of the visual effects. This depends on how good your Mac is obviously for most people with lower end hardware it’s advisable to use low and medium settings.

Many gamers use windowed or windowed full-screen mode. Don’t do that! Use Fullscreen only, this will greatly improve performance as your computer has an easier time handling the game. Many people assume they’re getting a better graphical experience by using these modes. However, what’s actually happening is you are taking up system resources.

You might wonder, how can audio quality help my FPS? Our findings suggest a minor improvement to your gameplay performance at most. Still, it can and does help and if you’re looking to maximize system efficiency it shouldn’t be overlooked.

5. Don’t Run Any Programs in the Background

Don’t run unnecessary applications in the background. Close everything you won’t be using before starting the game. Of course, if you enjoy playing with music or using a VoIP application like Discord you can have it on. Just remember to minimize the current programs active.

If you are using Discord it might be a good idea to optimize a little by going into User settings and unchecking Hardware Acceleration in the settings.

Now that your Mac is setup and ready to play Fortnite, have fun and good luck!