Fortnite is a game that likes to keep things interesting with its weapons. From one season to the next, or even one week to the next, you can’t ever quite predict what is going to be in the game. This can have pros and cons. It is definitely a way to keep the player base on their toes, but it can also be frustrating. When a new season drops, your personal favorite weapon might be gone. Or it might be being outplayed by something new or majorly adapted since the last season. That’s why Fortnite Chapter 2 Weapons tiers lists can be helpful. This Fortnite Season 8 weapons guide covers all of the guns in the game this time around. You need to know which weapons it is you’re going to be using ahead of time, so you can make the best use of your time while looting.

Season 8 has brought a lot of new and reworked weapons into Fortnite. However, we’ve also got quite a lot of familiar favorites returning to the game. This guide covers what was vaulted in Fortnite Season 8, what the best weapons to loot are, and how the new guns work. This is what you need to know about the Fortnite Chapter 2 Season 8 weapons:

Fortnite Season – What was Valuted?

Vaulting is where Epic removes a weapon or an item from the game, for one reason or another. This happens pretty frequently, with plenty of weapons being switched out regularly. This is what’s been vaulted so far in this season:

While we lose guns to the vault with every season, we also gain some. We’ve had a good number of weapons put back into the game after they got vaulted in previous seasons. This is what’s back: 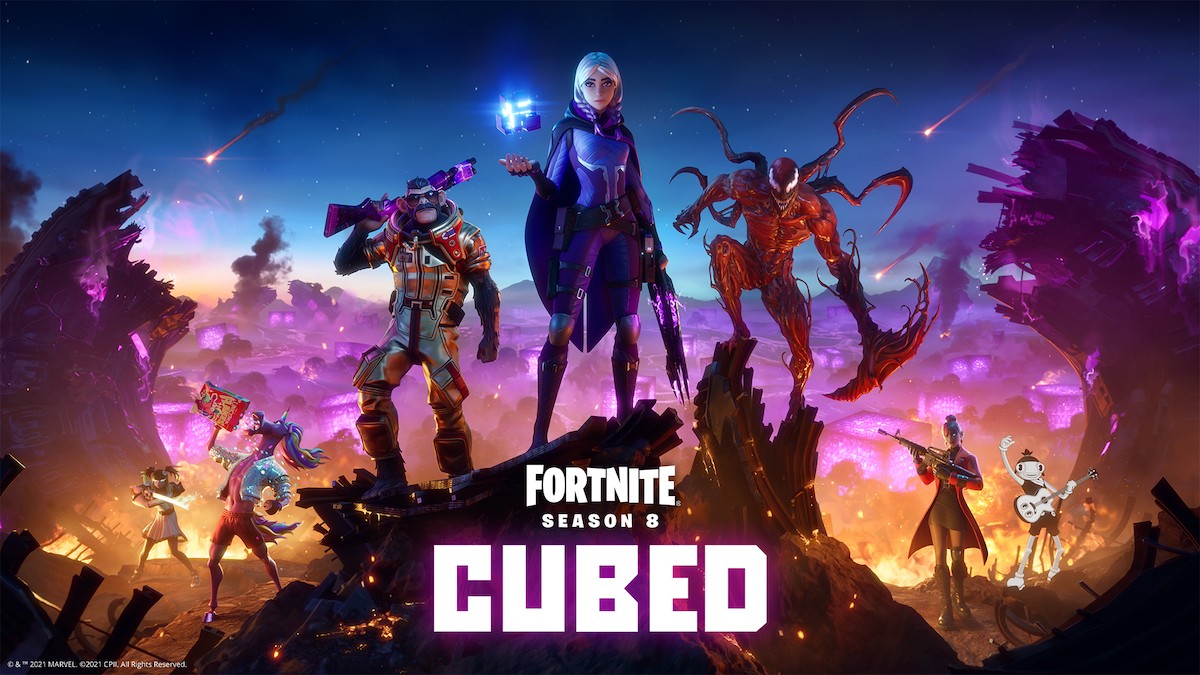 That’s what’s been added back and taken away. However, there are plenty of new weapons also mixed up in there. That’s alongside the roster of weapons which thankfully haven’t been removed from the game! Not every one of the Fortnite weapons are on the same level. The best Fortnite Season 8 weapons stand out for various reasons, whether it’s down to their stats or just their usability or uniqueness. To make sure you’re getting the best guns, you should see how each stands up compared to others. This is a Fortnite Season 8 tier list:

Tier lists are great for a surface-level guide. It is also worth keeping in mind that top-tier rarity loot is pretty much always better than low, even if the weapon isn’t as good in the meta as another one.

These tiers work as a general guide, but they aren’t definitive and they do depend on both circumstances and your personal preferences. So, if you’re looking to really optimize things, our guide below covers the weapons in full with their stats and how they’re weighted in the game at the moment. 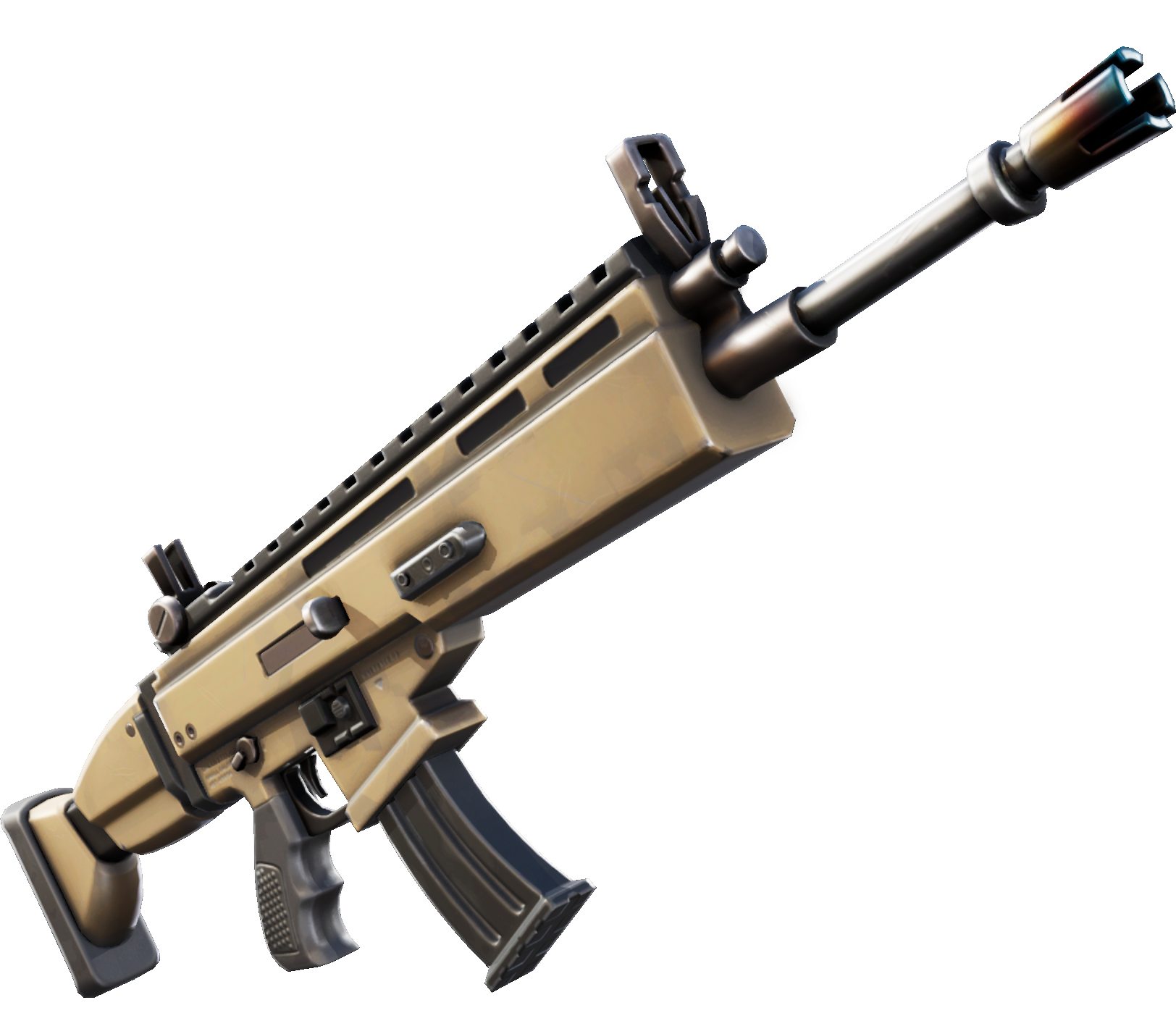 The Assault Rifle is a returning favorite, but there is something else to choose from this time around. While previously you only got the standard AR, some variations are back. This is the stats for this one of the Fortnite Chapter 2 weapons in its base form: 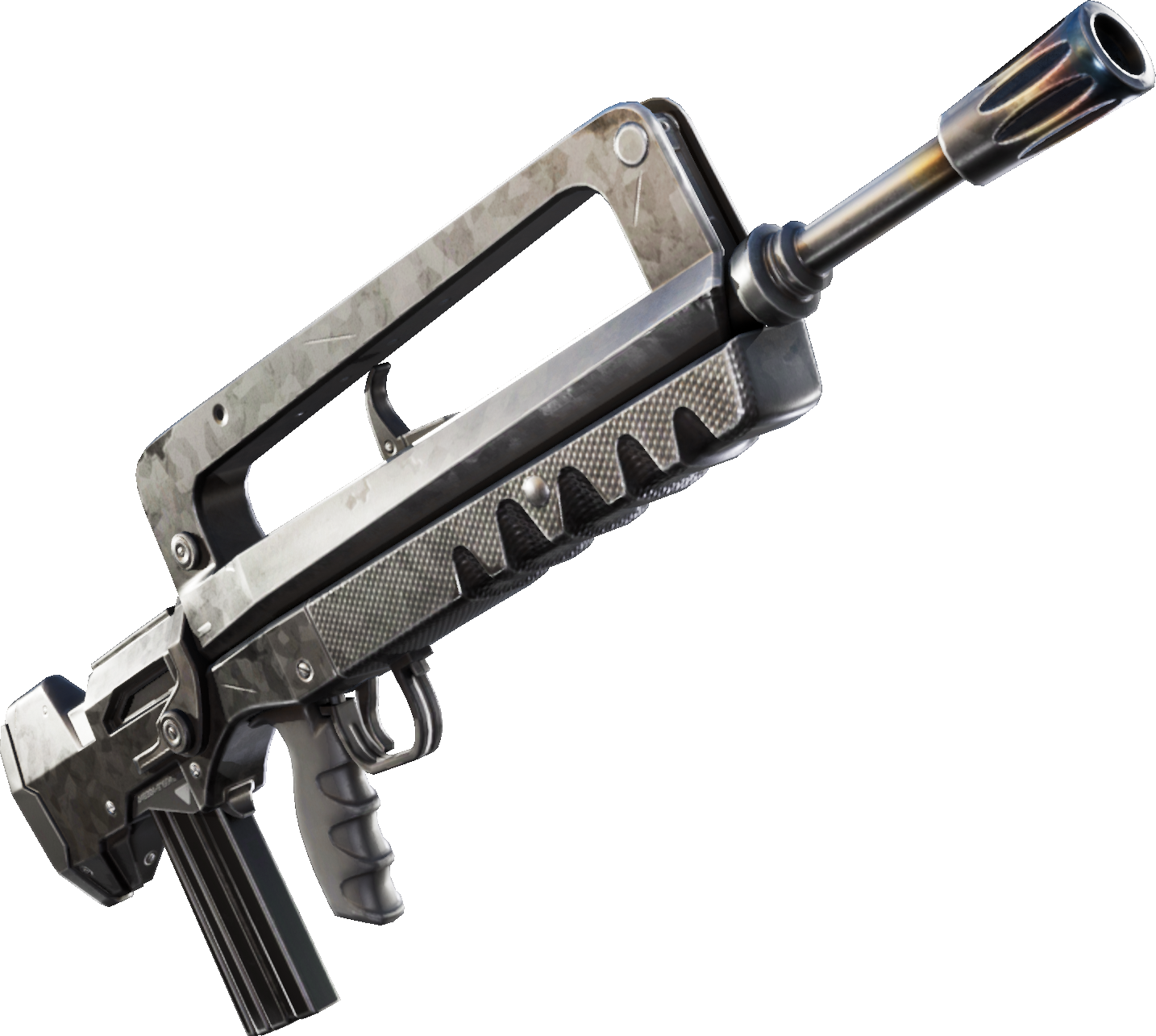 This one handles similarly to the Assault Rifle but it fires in short and exact bursts. This is for players more confident in their aim! 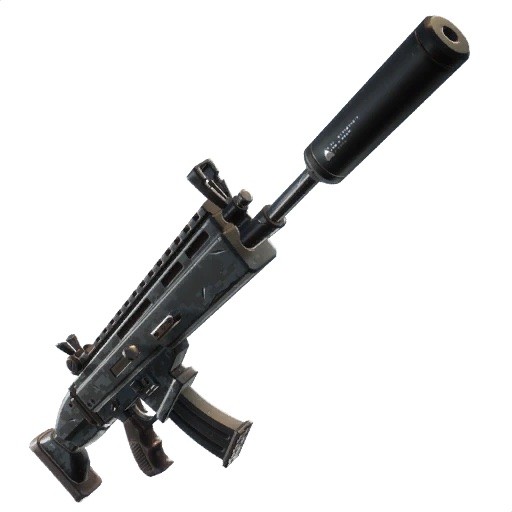 The Suppressed AR is a fun addition that comes and goes from the Fortnite weapons pool pretty frequently. This gun works just like the normal assault rifle but it has a muffled sound. This helps you to stay undercover on the map. This weapon might have the same stats as the standard AR, but these features make it much more convenient for players. It is one of the best Fortnite Chapter 2 weapons, in Season 8 it really does stand out. 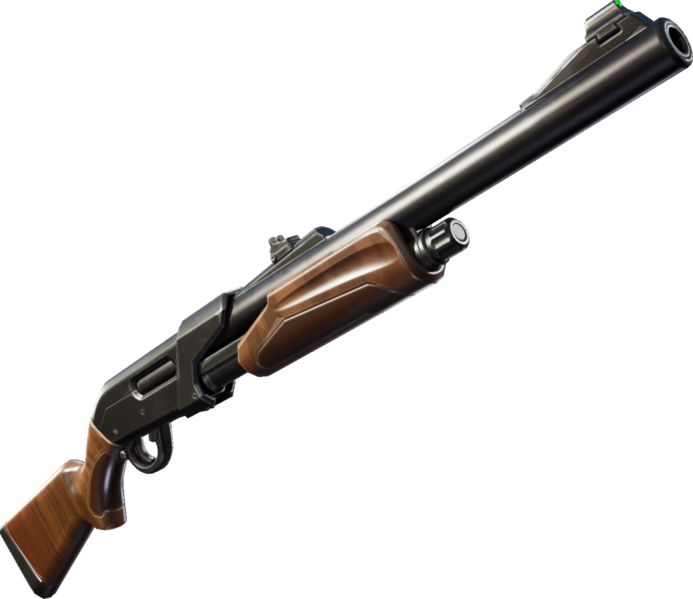 The Pump is the first of the two shotguns. This is a popular shotgun among Fortnite pro players. It can deal great damage, especially when you hit the head. The multiplier on the higher tier versions of this gun will kill immediately. This makes it perfect for close up fights and for blasting in build battles. The Pump is definitely a top tier weapon right now, and in most previous seasons. These are the stats for what is arguably one of the best Fortnite Season 8 wepaons: 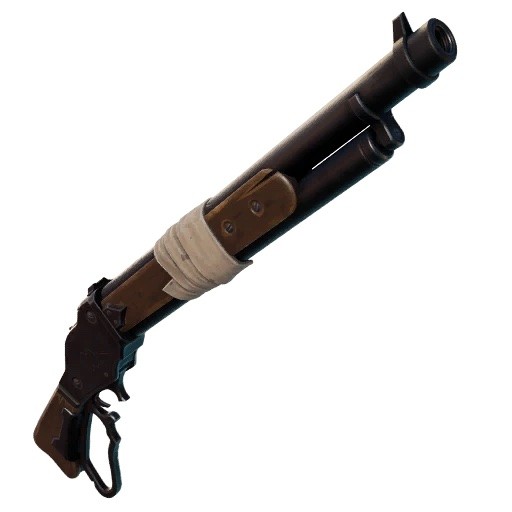 The Lever Action Shotgun has been unvaulted this season. It has been in the game previously; bur wasn’t always the most popular gun in the game. This weapon does boast an impressive and fun damage rate, especially when you hit the head. However, it can be quite slow and clunky in places. It has its fans, but it is largely sitting below the Pump in terms of the best Fortnite Chapter 2 weapons. 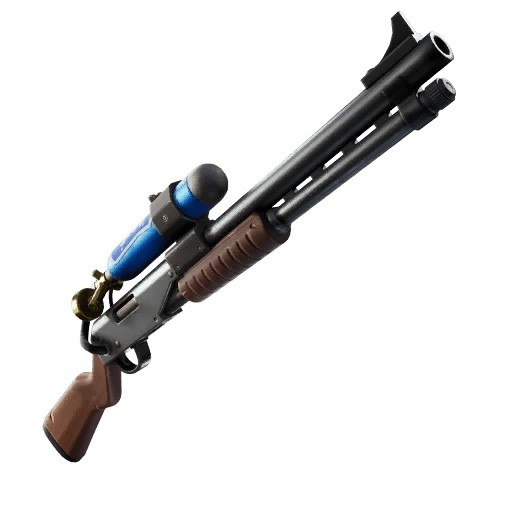 The Charge Shotgun is a version of the close-range weapon that was first brought in during Chapter 2. This gun can be charged up to hit harder. Outside of that gimmick, it is a slightly slower shotgun. It has some fans and it can be mastered with enough practice. However, it doesn’t quite match up to the Pump. These are the stats:

The weapon receives a boost if you fire it fully charged, but this does take some time. This isn’t the best of the shotguns in the Fortnite Chapter 2 weapons, but it has its uses. 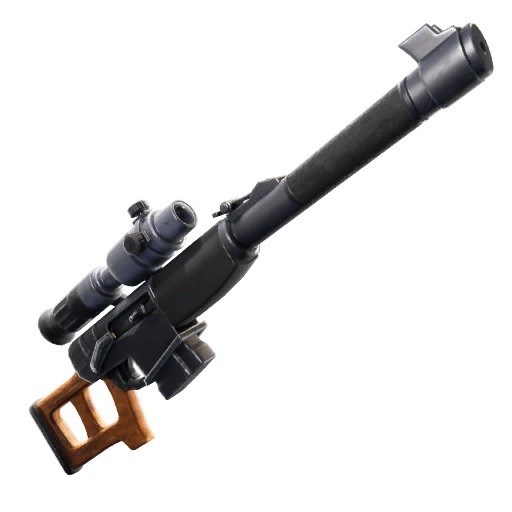 The Automatic Sniper Rifle has returned in the Fortnite Season 8 weapons. This is a sniper rifle with a smaller scope, and a much softer damage rate. It fires considerably harder than the normal sniper rifle. Obviously, the drawback is that it doesn’t do as much damage. You’ve got to get quite a few shots off to actually take down a player. However, it is still pretty useful. If you’re willing to pump out enough shots, you’re going to be able to get plenty of kills here: 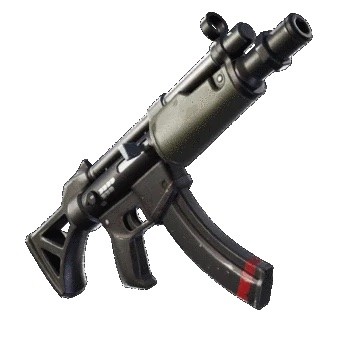 The SMG has had a weird history in Fortnite. The weapon works okay, but it doesn’t really grab attention in the same way that the shotguns do. Despite this, it has a lot of fans. If you can keep your aim steady then the gun can do some real damage in close combat fights. This is how it stands up in terms of stats:

The pistol. This is good for close and medium-range and as a form of defence when a shotgun is going to be too slow. It is often a neglected weapon, and it is really mainly used when you first land and haven’t grabbed anything.

The rocket launcher is the closest thing to crazy action that you’ll find in the Fortnite Chapter 2 Weapons list. This is great for completely leveling the structures built by other players.

These are your standard grenades. They have none of the flash or gimmick of previous throwables to Fortnite. They deal 400 damage at point-blank, but largely explode to anyone around them. 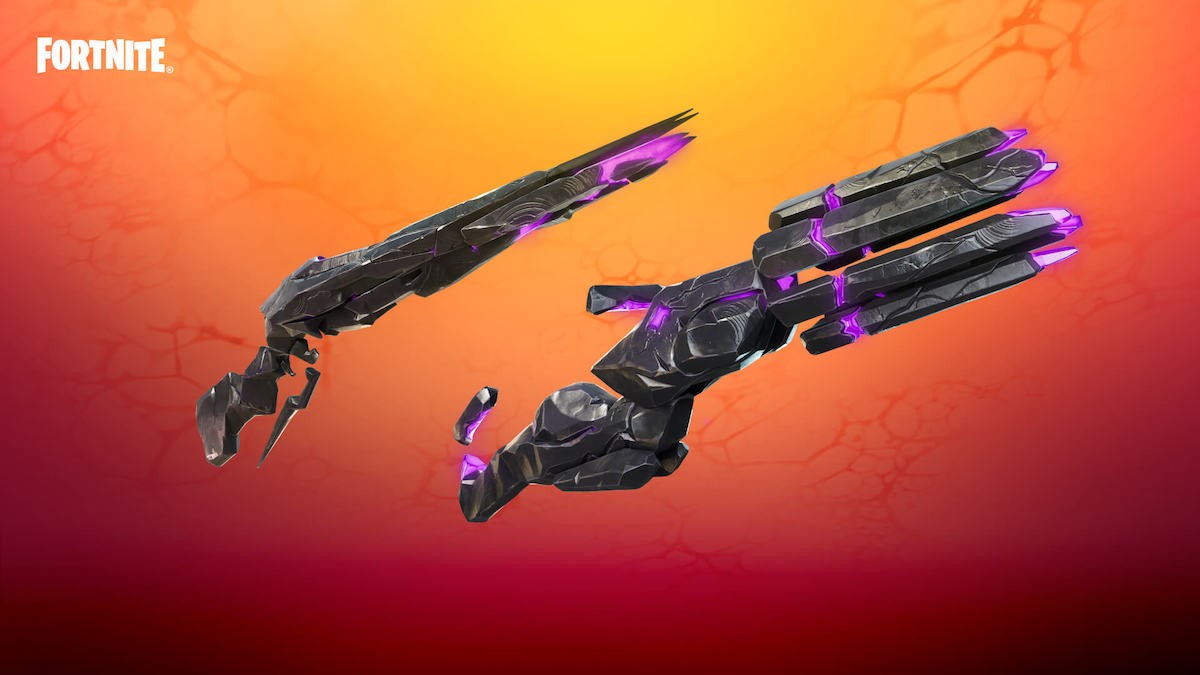 The Sideways Rifle is the sideways version of a standard rifle. This one is clearly one of the strongest guns about at the moment. Its stats are great. The downside here is that the gun is more difficult to find since you have to use the sideways area. However, it is worth it considering how good these guns work for this sacrifice. This is the stats:

The Sideways minigun is essentially the same as the regular minigun which is periodically moved in and out of the game. This gun is really overpowered right now, especially when it is in the higher rarities. It is pretty likely that this gets nerfed before the Fortnite esports season kicks off. For now, though, this is definitely high up on a Fortnite Season 8 tier list. 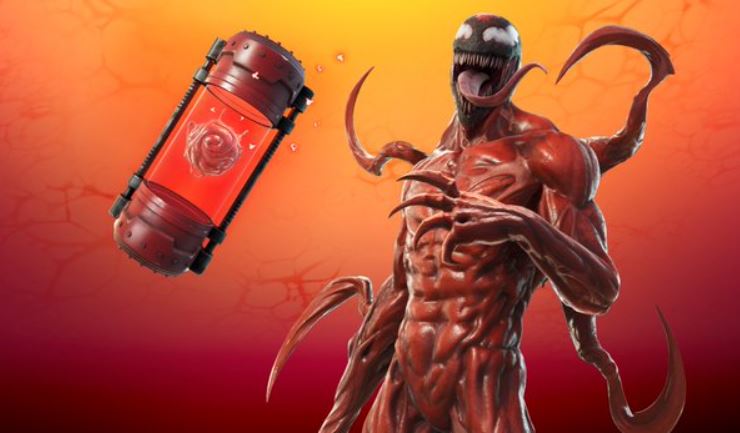 Mythic weapons are a feature of Chapter 2 which have been controversial in some ways. However, Epic has taken a different approach to them in different seasons, sometimes with more success than others.  The current approach to the Mythic Weapons is to not make them limited, but very rare. This is similar to what happened with the Marvel weapons in the past. These are the Season 8 Mythics out at the moment:

The Symbiotes in Season 8 are the current mythic weapons that you can find. You can find these within Corny Corps and Boney Burbs. The NPCs don’t appear until the first storm circle appears. So you might have to hang around and hope you can find them at the right time. They do show up on the map once active though, so there’s a major downside here.

These are fun weapons with a un9que twist. However, their rarity makes them kind of irrelevant to the overall tier list. You probably shouldn’t bank on finding them every game.

As you can tell, the list is significantly shorter than previously. It is likely to grow as time goes on. As we saw through the recent addition of frequent Mythics, Epic isn’t going to back off on adding things to the game anytime soon. If you’re still finding your feet with Fortnite chapter 2, it might be worthwhile to revisit some of your settings for the game and ensure you’re getting the best frames per second. Players are still reporting some widespread FPS issues, doing these optimizations can help