PUBG is the original Battle Royale, well if you discount the iconic movie. So it makes sense that it would have stocked up quite a lot of cosmetics by now. PUBG has a lot of different cosmetics, but the ones that really make players stand out are the full skins and outfits. You can customise pretty much everything in the game, so this is a lot more modular than in games like Fortnite or Apex Legends where one items covers nearly your entire look. PUBG is more based around customising each section like an avatar creator. Even within this more complicated system though, there are some really rare PUBG skins and cosmetics. These vary between single rarest PUBG outfits, and cosmetics that are part of an outfit

Since PUBG added lootboxes, the rarity of some outfits has skyrocketed. These luck based attempts at getting some cosmetics have artificially created a scarcity of certain looks in the game. The outfits that you have to get from these boxes are of course some of the rarest in the game. However, some of the rarest PUBG skins were obtainable through normal cosmetic purchases or even as bonuses. These are the outfits that will really make you stand out in PUBG. 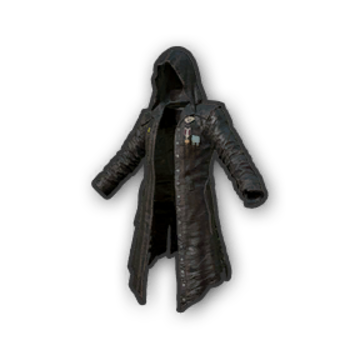 The PlayerUnknown’s Outfit is one of the rarest in the game since it dates back quite a while. This outfit was only given out to those who originally pre-ordered the game. This means you would have had to have been playing for quite a while to get your hands on this look. Since PUBG mainly grew by word of mouth, this makes it a cosmetic item that not that many players have.

This item was available in the Desperado loot box. If you purchased one of these, you had a 0.16% chance of actually unlocking it. This is a really hard to find item because of this. 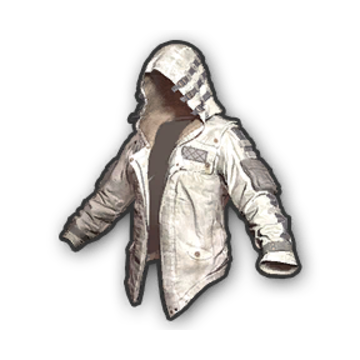 The leather hoody is a bit of a bizarre item. Just who would make a hoody out of leather isn’t really answered, but you’d be lucky to get your hands on either of these. They both originate in the Desperado box, with only a 0.32% chance of actually finding one. 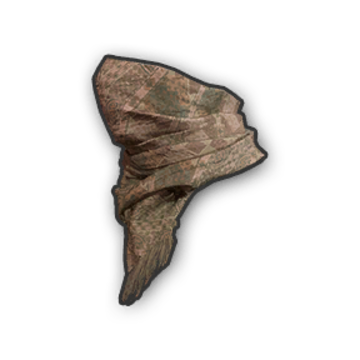 The Cloth mask was another item that came from a loot box. Even if you got one of these for free, your chance of actually finding this item were slim to none at 0.01%. That is a ridiculously low probability! This item is only a face mask, so you’re not missing out on much by not having it. 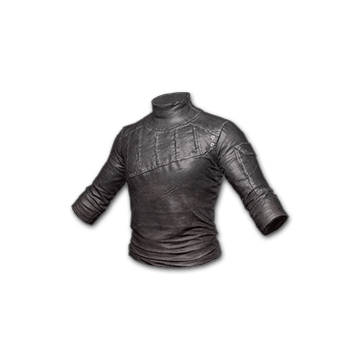 The Desperado box was apparently full of random all leather gear. It might not be the best look in the game, but very few players are even able to sport it making it one of the rarest outfits in PUBG. You only had a 0.60% chance of even getting this item. 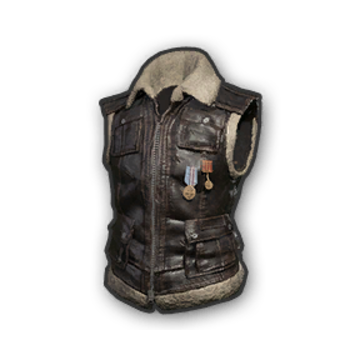 The Sleeveless biker jacket is another cosmetic from a loot box that has become one of the rarest PUBG outfits. The chances of getting either of them are 0.01%. This ties it with the Cloth Mask for the rarest item in the Biker box. However, unlike the cloth mask this item is actually pretty noticeable when you’re playing so it may be a bit more worthwhile having it. 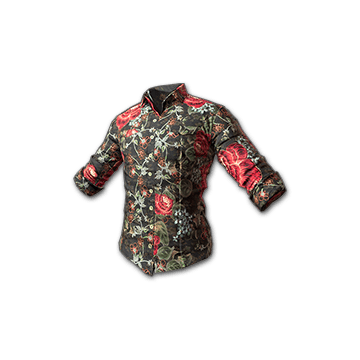 Who doesn’t love a floral shirt? This is a kind of cool look to sport in a gritty and realistic shooter than PUBG. However, your chances of actually getting this item through a lootbox were limited to 0.05%, so it isn’t exactly a common occurrence. 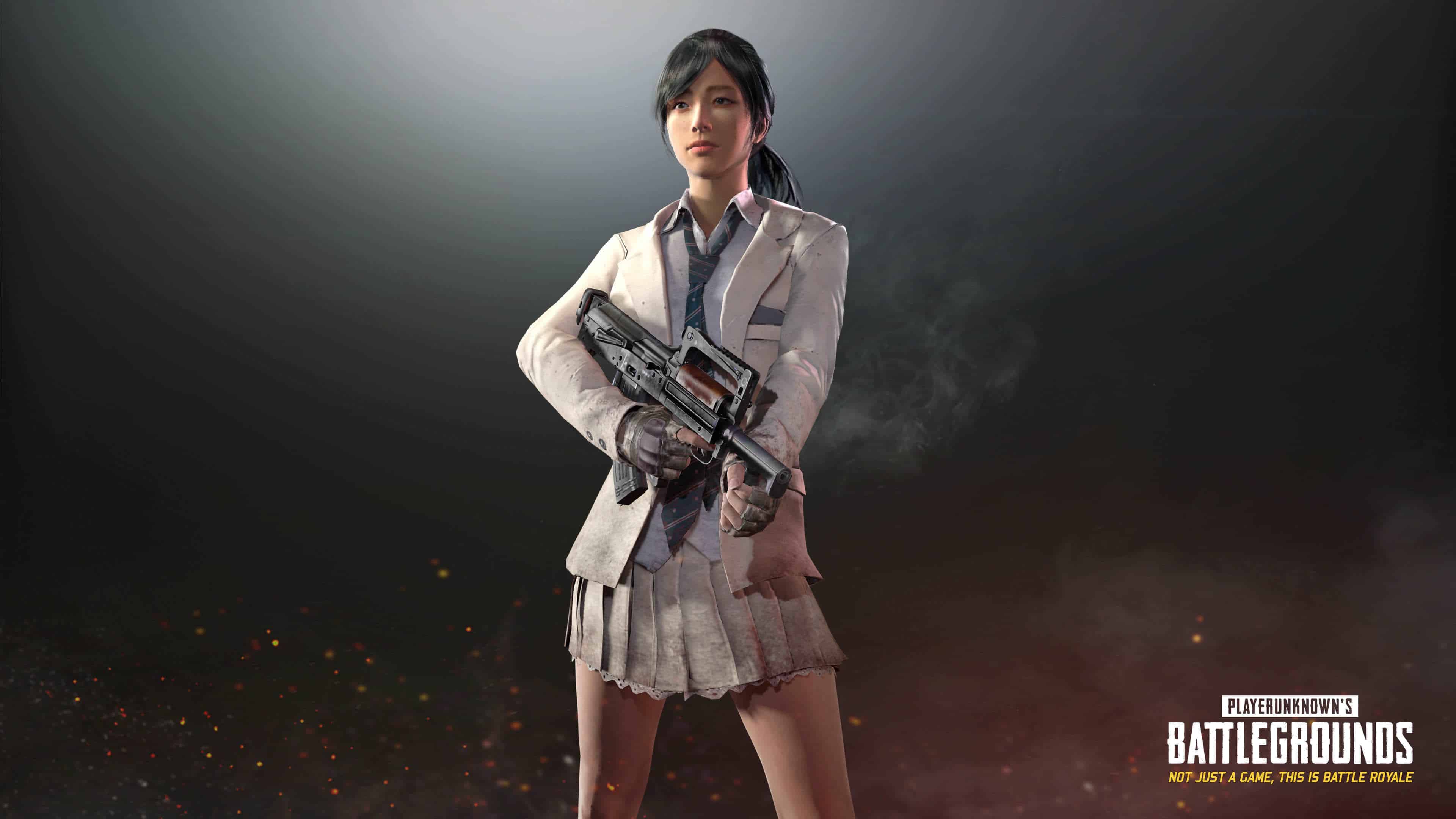 This one is well-known as one of the rarest PUBG outfits. Players just seem to like it, it can routinely be found on the higher end of items for sale of the Steam marketplace. You can expect to pay in at least hundreds of dollars if you want to pick up this outfit. 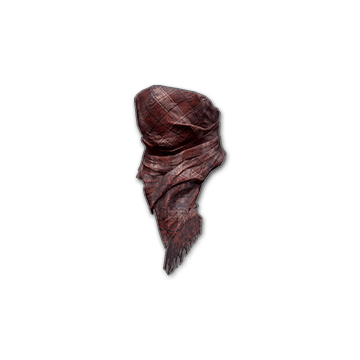 Why is this such a sought after piece of clothing? It isn’t exactly clear, but it sells on the marketplace for more money than any single piece of the School Uniform set. This makes it a bizarrely expensive red bandana and one of the rarest PUBG outfits. 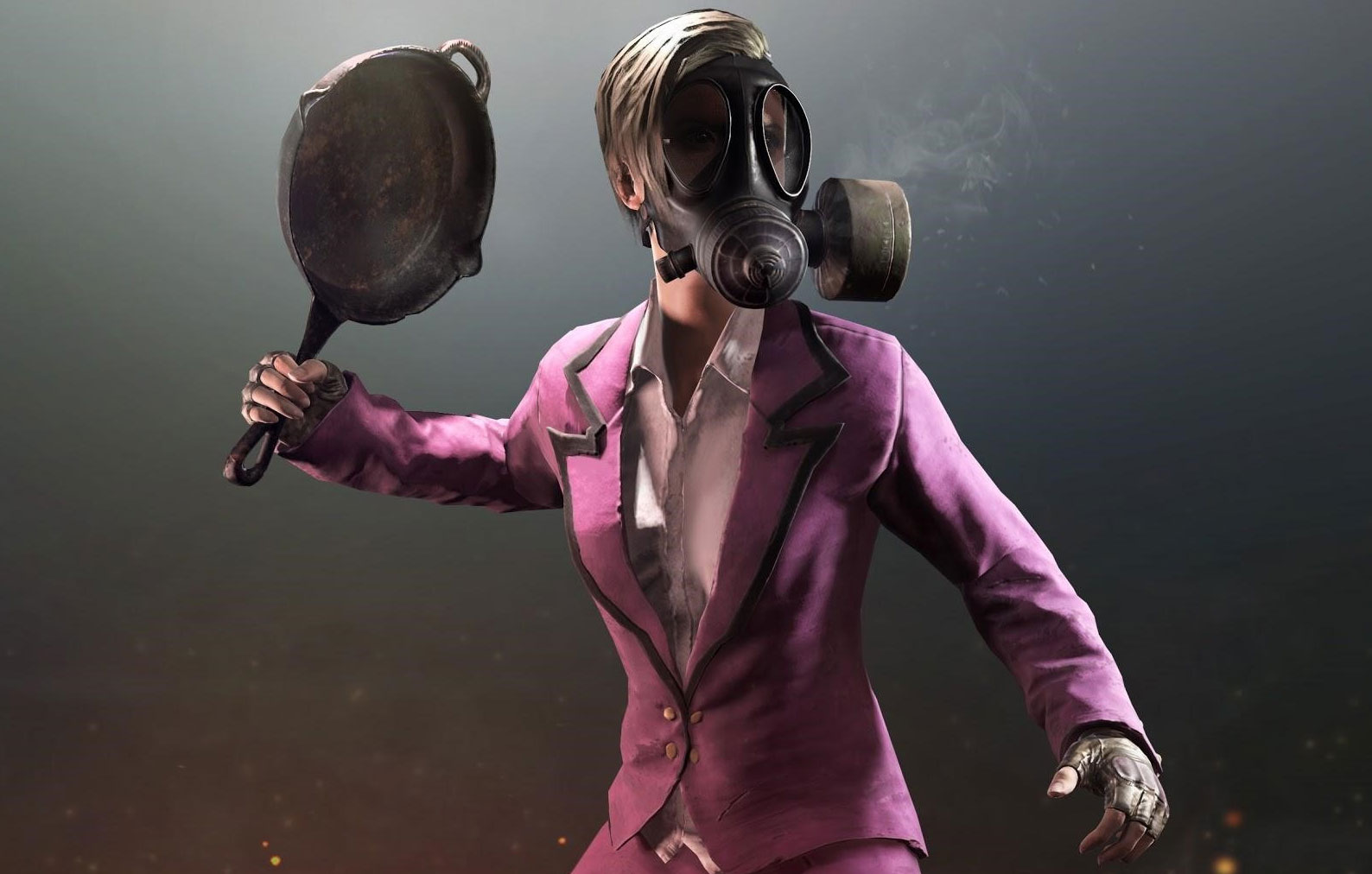 This one is actually something quite different. It is a pink woman’s tuxedo. At least this is weird enough to warrant being one of the rarest PUBG skins. If you’re into looking a bit silly as you clear out buildings and rack up kills, this is definitely one of the skins to go for. 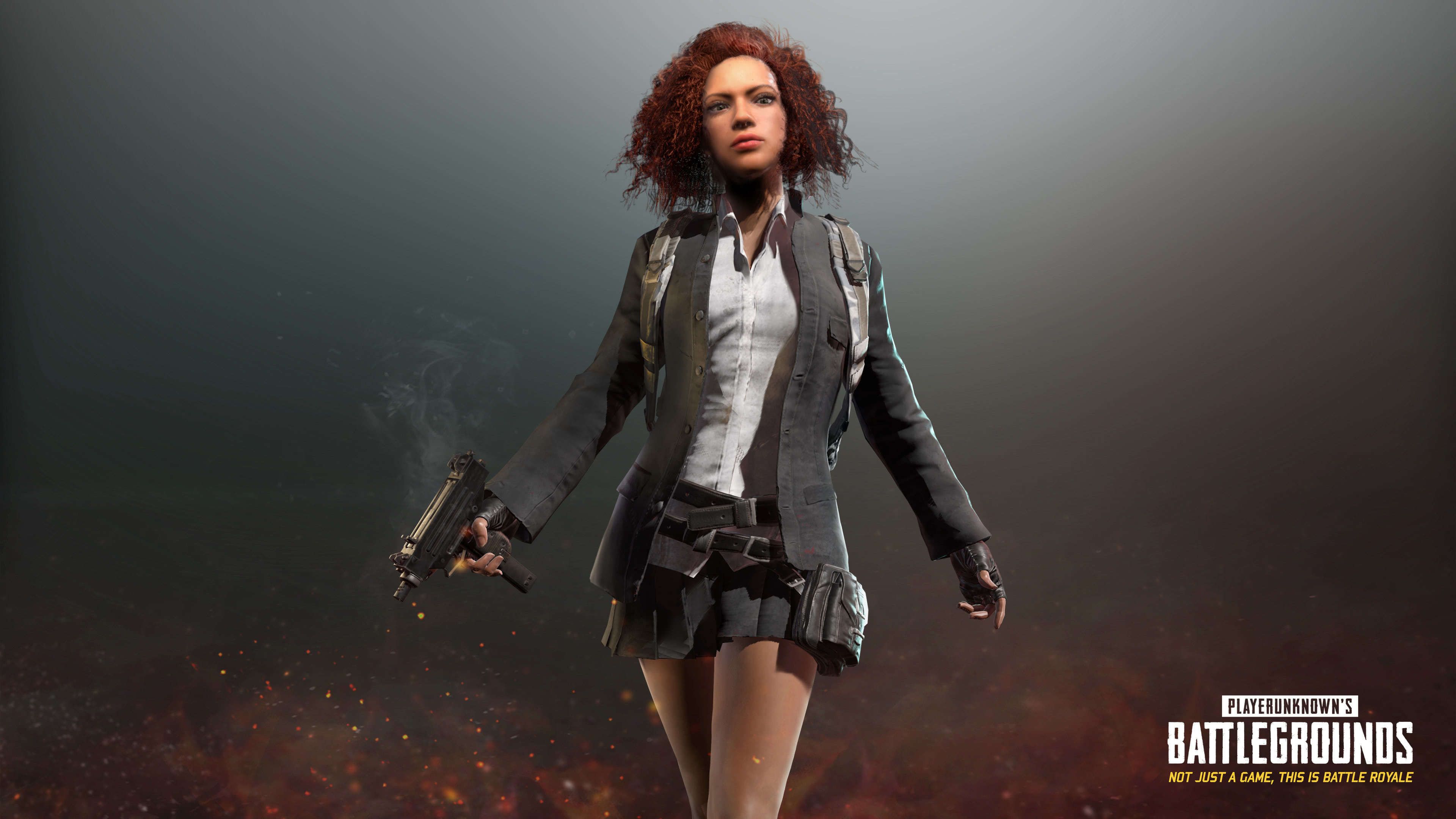 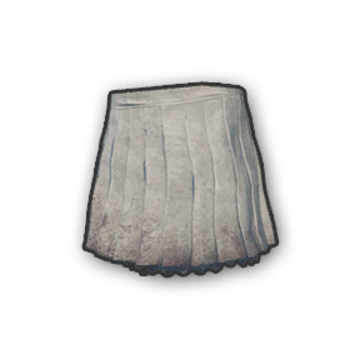 This item regularly goes for around $400… and it is a plain white skirt. This continues the PUBG rarest outfits pattern of being based around women’s school clothes. This is just white, so you’re not getting much flair for your money. 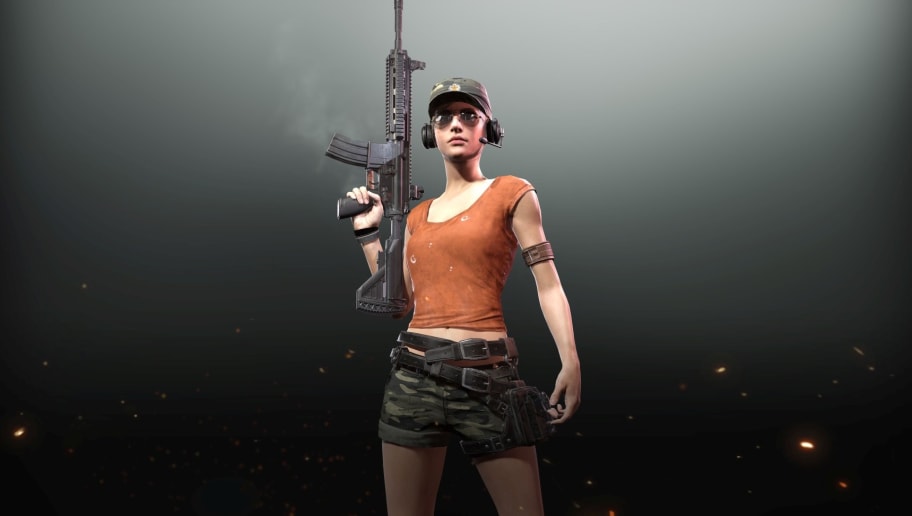 This set isn’t the most unique but it is definitely quite popular. It often commands over $100 on the marketplace. However, unlike some of the other sets that have become the rarest PUBG outfits this one only really becomes valuable as an entire set. 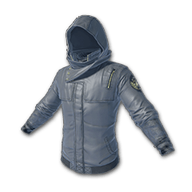 The Partner’s Jacket is a fairly nondescript pale hooded jacket. What makes it one of the rarest jackets, is that it was only available to an exclusive group. Only those who successfully became PUBG partners were allowed this cosmetic. 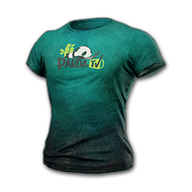 This T-shirt is another exclusive that you may have seen when watching streamers but not so often in actual lobbies. This one was only distributed to Streamers by PANDATV. You can purchase codes for this shirt in some places, but it goes for an astronomical price. 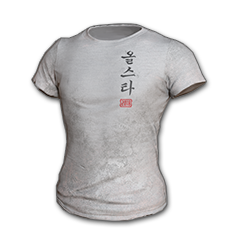 This cosmetic is actually only available to 20,000 players. That is the amount of codes that exist. It was sold on a Korean store in a lottery kind of release. It is relatively plain, but one of the rarest PUBG outfits. 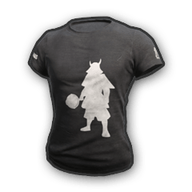 This is another exclusive skin that owes its rarity to its obscurity. This one was given to players who bought the game through DMM during the Pre-order sale. Some codes are available from second party sellers still, but you can expect to pay a few hundred dollars. 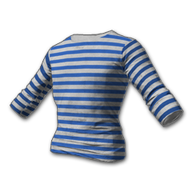 At first glance this is just a stripy T-shirt, hardly a contender for the best PUBG skin. However, this one is quite rare. It was only available to those who purchased PUBG through the PUBG.Mail.ru website and played 2 days in the launcher. This has made quite a limited supply, although it is more common with Russian players. 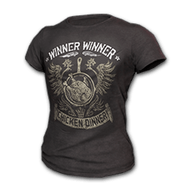 The Pioneer shirt is one of the rarest PUBG skins since it hasn’t been available for some time. It was given to those who participated in Early Access just as long as they logged in during the first week after the 1.0 update. 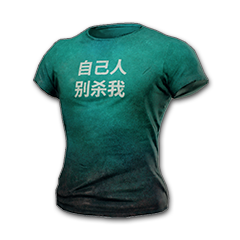 This one is a bit of a weird one. It is a special edition that only one code is known to exist for. It is rumoured to have been distributed to the founder of PandaTV, the son of a particularly rich Chinese Business man. This one is a baffling case and is likely priceless.

While you may not have a one of a kind PUBG outfit or the right school outfit, there are plenty of cosmetic choices available in PUBG! Let us know in the comments if we’ve missed anything.