Tilted Towers Will Be Removed By A Meteor

As you might noticed while playing Fortnite, a blue meteor was added in the sky on April 1st. Many speculated that it would be a April fools joke by the devs. However, nothing really happened.
And the meteor have been growing in size ever since then, looking like it’s approaching closer every day. Finally a reddit user might have made sense of this. Tilted towers is going away! Many of the player base has complaining that Tilted is way to populated in early games, and therefore a big chunk of the players are eliminated early. As a result mid game can be quite slow, even tho the map itself is rather small. 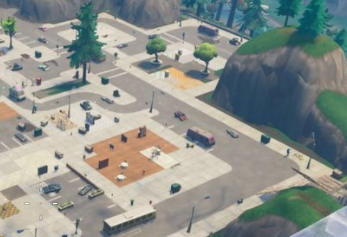 So when would this happen?
Accordingly to the cryptic message that the Reddit user found out that said “418”, that would be on the 18th of April. Titled towers will probably getting destroyed by the blue meteor heading towards the Fortnite world.
If this is true, Epic Games has really made a unique response to its player base. Instead of just removing a part of the map in a patch. They would make an interesting story about it!
Machinima made a very well made video about this topic, that will explain most of it.