Apex Legends – How to Win as Rampart

Rampart is the latest addition to Apex legends with Season 6. If anyone thought Apex was getting a bit stale, then this latest addition has really shaken things back up. Rampart has some of the most interesting kit so far. She specializes almost entirely in one type of weapon. While there are damage and speed boosting abilities, Rampart is most useful for players who can really assess a situation and make a decision before you’re attacked. Rampart’s abilities need to be used pre-emptively if they’re going to be most effective. Apex

This Rampart guide covers everything you need to know to get ahead when playing with this Legend. Her abilities have a lot more to them than it might initially seem. There are some clear strategies for using Rampart that can make the most out of it. This is what you need to know. 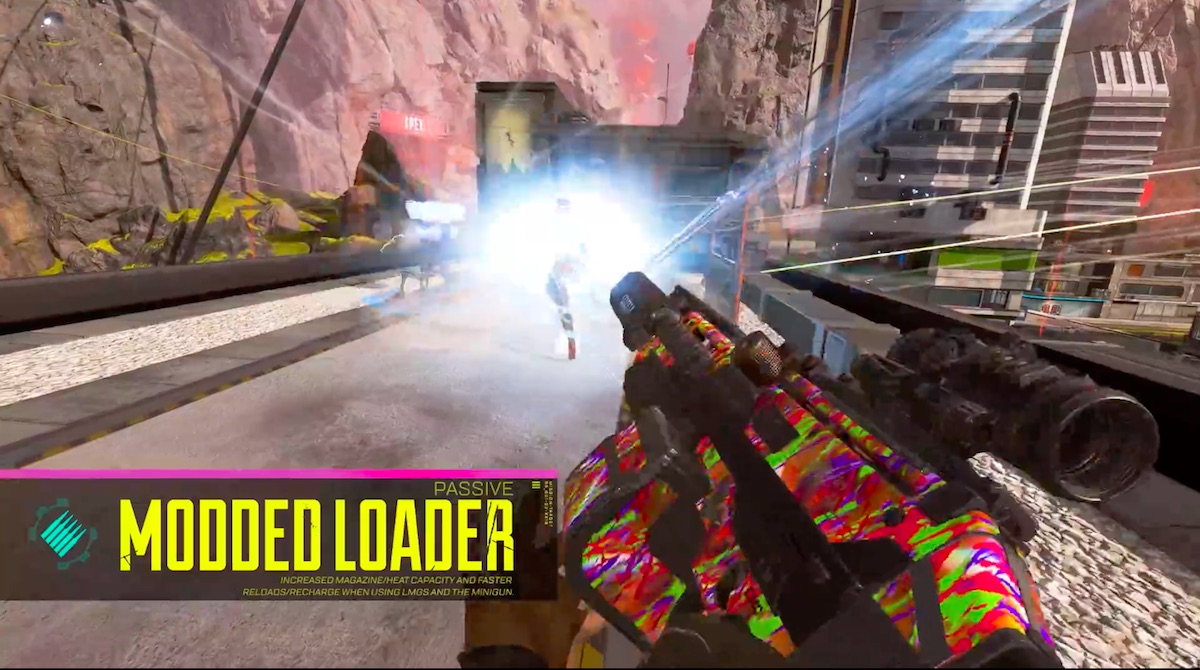 Rampart’s Passive ability is Modded Loader, this is a fairly unique one in the game. A passive ability is always active, just a perk of playing as this Legend. It gives you an increased mag capacity and faster reloads with light machine suns and the Sheila Minigun. You’ve got more mag space so you can fire for quite a bit longer without having to pause. You also reload quite a bit quicker. So, you can fire more and for longer. With some weapons, you can just pour out bullets constantly.

The applications of this for your play style are pretty self-explanatory, they encourage Rampart players to adopt a gunner play style. You’re not fighting a war of attrition in bogged down trenches though, so letting loose with a machine gun isn’t the be-all and end-all. You won’t be as mobile and you can’t be as outright aggression. It limits you from being able to move fast and get into the face of opposing teams. The ability does extend to the L-Star, which can shoot for longer before it overheats and cooldown quicker after overheating.

This ability will push you towards firing more but you need to take the right positions. That knowledge for placement is key for Rampart’s entire kit. 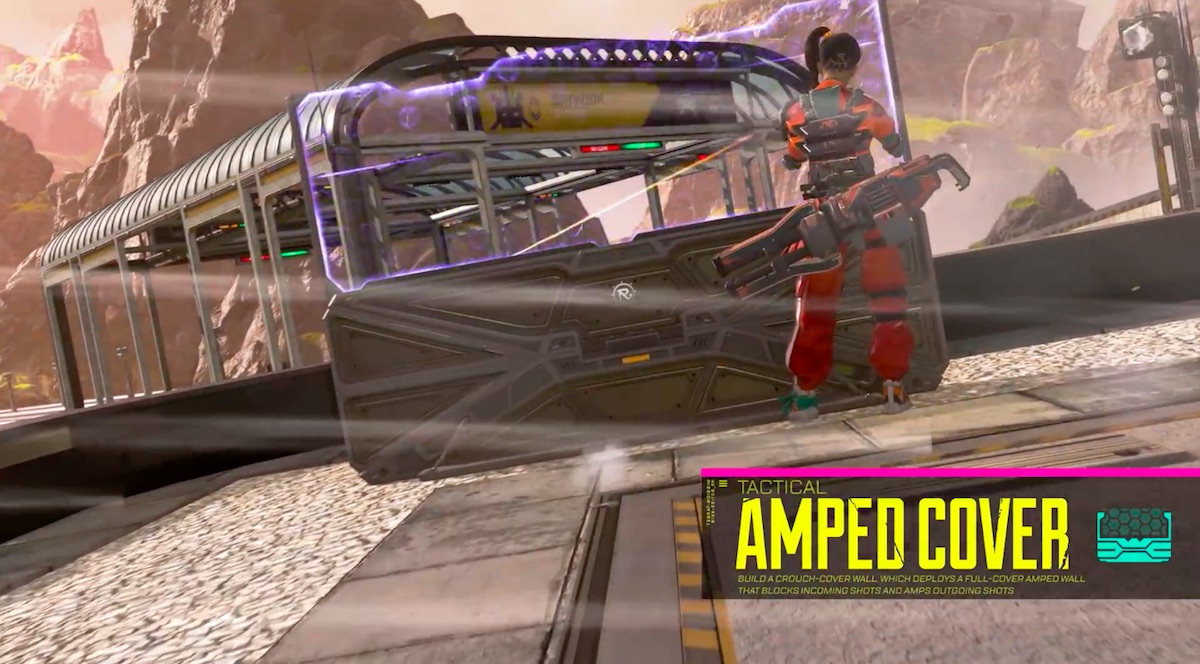 Amped Cover is a tactical ability that lets you prop up a wall for cover. The wall comes to around the height of a player while crouching and blocks incoming shots. It also powers up outgoing shots. You can throw up five of them in total, so this really quite the addition.

When you put it up, it’s gonna take a bit of time to set up. The top section has 200 HP and the bottom 400. It can be climbed over, and it has the ‘amped’ effect that blocks fire while boosting damage from inside. The downside to this is that It can be walked through, this shouldn’t be an issue if you’re using it right though.

It should be set up at choke points that block enemies out. When gunning through the wall, the Amped effect should mean they can’t get close enough to come through it.

These walls shouldn’t be put up while you’re attacking. Instead, throw it up in a chokepoint to establish it for when enemies come to you. Instead of attempting to do it on the fly, do this somewhere before the action arrives. It can collapse quickly which is helpful. Planning these defensively in a much better way to do it. You can use five which can be good for bigger chokepoints. Two in a row won’t work though, the second will let bullets through.

One small other thing you can do here is throw a wall down to instantly absorb explosive damage. Useful if you’re trapped on the back foot. 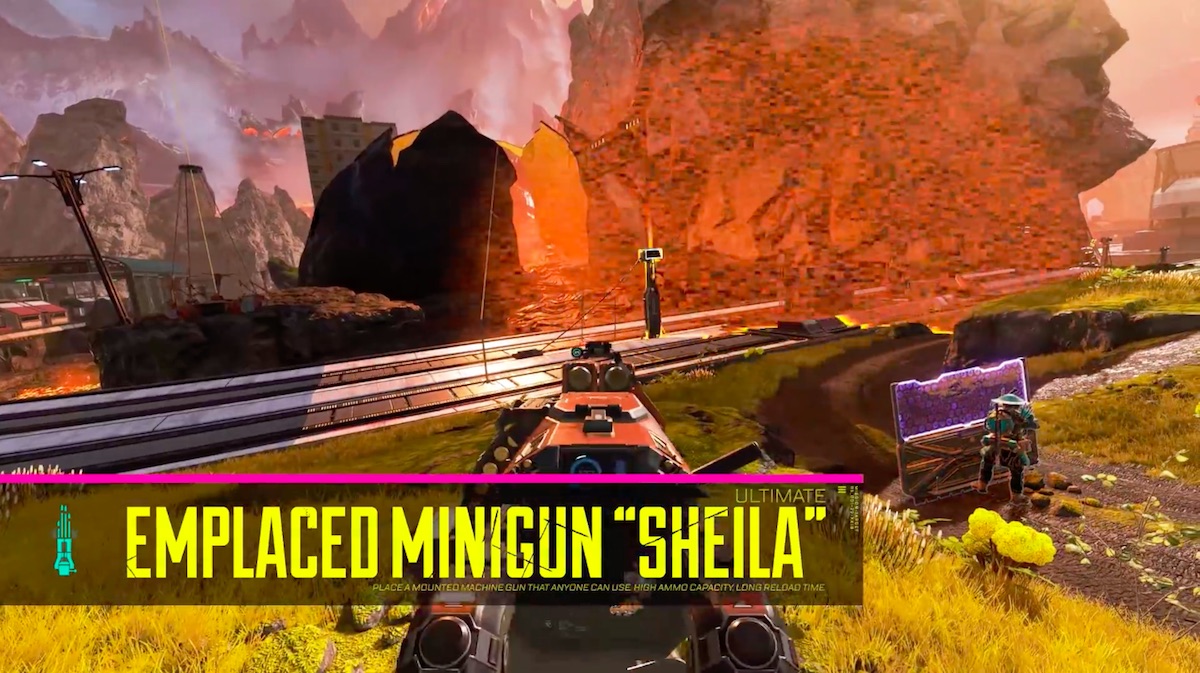 Rampart’s ultimate ability is one that is really useful. You can set up a mounted machine gun, affectionately known as Shelia. The ammo capacity for the weapon is really big, but it has a long reload time. You can also deploy three at a time so two teammates can make use of Shelia as well. Once deployed, other players can use it too though.

This weapon can just blow through enemies. It has the highest DPS in the game. To combat this, it is hard to get going, hard to aim at first, and takes a while to set up. The spray decreases as the weapon warms up. Using it with Amped Cover is probably the best option so you can have a decent fire going without exposing yourself. This is a powerful combination in the game.  Three of these set-ups, with amped cover, and other defensive abilities can make your team impenetrable.

This is a really powerful Ultimate ability and one that works really well with the rest of Rampart’s kit. It does have some balances like it takes a while to warm up and be useful. However, if you use it cleverly then it can be one of the best Ultimates in the game.

These are some more general Rampart tips and tricks to get a handle on how to use the Legend in general:

Our other guides to Apex Legends can help you improve other areas of the game.