Apex Legends Season 4 has now launched, bringing quite a bit of new content including a new legend, Revenant. The game itself has received a really big update to its map. There are loads of new POIs and changes to the flow of the game with the Apex Legends Season 4 Map. This map guide covers all of the major changes to the game, including the new POIs. It will help you update your rotation to suit everything that has changed. You will likely develop a new rotation based on what is currently around in the game, but those old locations are still as solid as ever.

This Apex Legends Season 4 Map Guide covers all of the POIs, with the best places to land. It also details all of the supply bins available on the map. If you have all of this information, you should be able to plan out a solid landing spot for each game.

Skyhook is an area towards the north of the map. It is centred around a large tower. This has a good deal of loot in its base if you’re looking for a good landing spot. The area can be quite popular and contains 26 supply bins. It also has a section with train tracks, which can make certain areas very popular to grab the train if the timing is right. If you land here on the Apex Legends Season 4 map, you should prepare for an early firefight.

This is a nice spot that typically stays quiet. It doesn’t have the most loot with only 10 supply bins. However, as a spot in your rotation, this is a good place to stop by. You might not get enough for a team by actually landing here since it is lacking in the density of supply bins you would want to find. 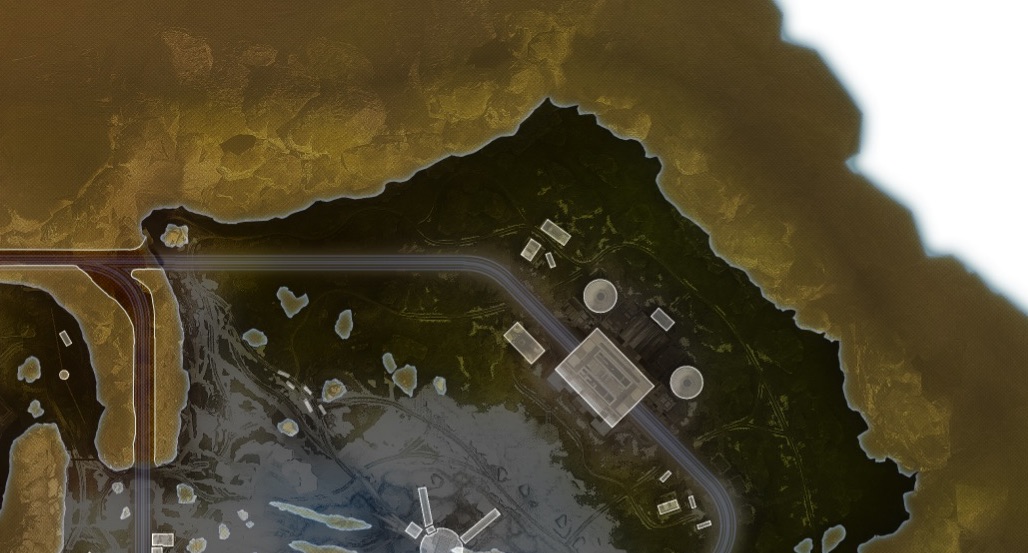 This was a pretty popular area for a while in the past but that seems to have died down. It is now more of an averagely picked landing spot, but one that has everything that you need. It contains 25 supply bins and often isn’t that hotly contested. This is a great starting place for most teams with its really well-concentrated loot. The early stage of a game can go a lot quicker here.

The Epicentre is one of the coolest spots on the Apex Legends Season 4 map. There are 24 supply bins, but also quite a lot of floor loot to provide enough items for an entire team. You get a good view and accessibility of some other POIs too, which makes this a really valuable landing spot. This is a great spot for a team that doesn’t mind an early firefight but wants to avoid walking into a bloodbath.

Drill Site doesn’t have a crazy amount of loot and it is pretty concise, but it has its uses. It has 11 supply bins so it can provide an okay start if the odds turn out just right. It is small, but that has made it a relatively unpopular spot to land at. If you head here from dropping in, you’re likely to have a calm and easy set-up to the game. 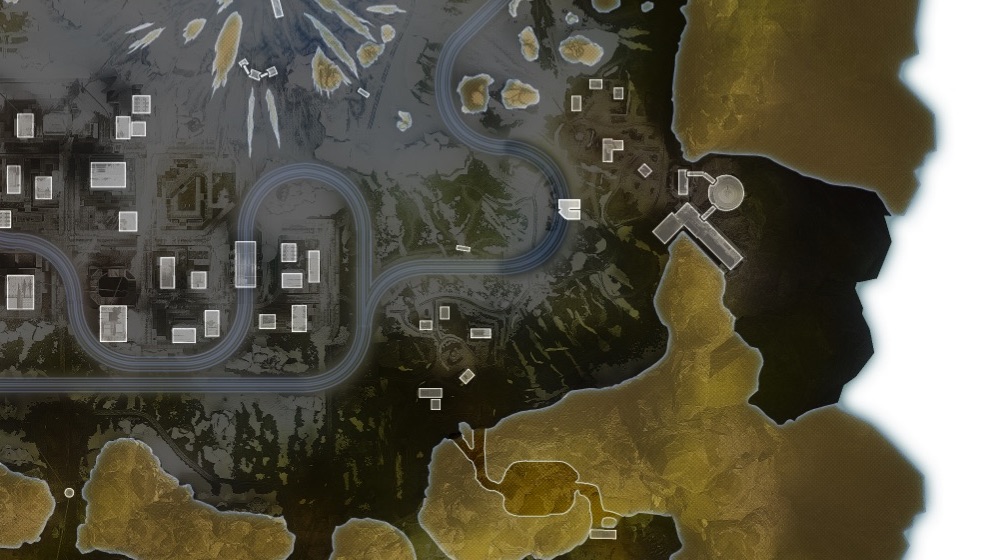 This is another that’s close to the train tracks, which gives you a potential quick exit or spot to find some early firefights. The area itself is quite small, but it does contain 19 supply bins which make it one of the denser spots to head to. It is fairly popular but not guaranteed to be crawling with other players. This can be a risky landing spot on the Apex Legends Season 4 map, but that risk can pay off.

This is one of the largest spots on the map and everything is strangely spread out. This can make it dangerous territory for enemies if you’re skilled at mid-range combat. It features 23 supply bins and is fairly popular. However, with its size and relative accessibility to other decent spots for looting, it is a pretty good choice for the landing spot.

The Fragments is such a large area that it is really easier to divide into 2, west and east. While crossing the fissure itself is doable, it is too dangerous to really bank on. This is what is left of Capitol City in the Apex Legends Season 4 map. Since its both a major new POI and a previous hotspot, this is one of the busiest places in the game. It also only features 32 supply bins, while ample for most landing spots this place is really popular so it can become a stretch. This is the place to go if you’re specifically looking for a firefight. 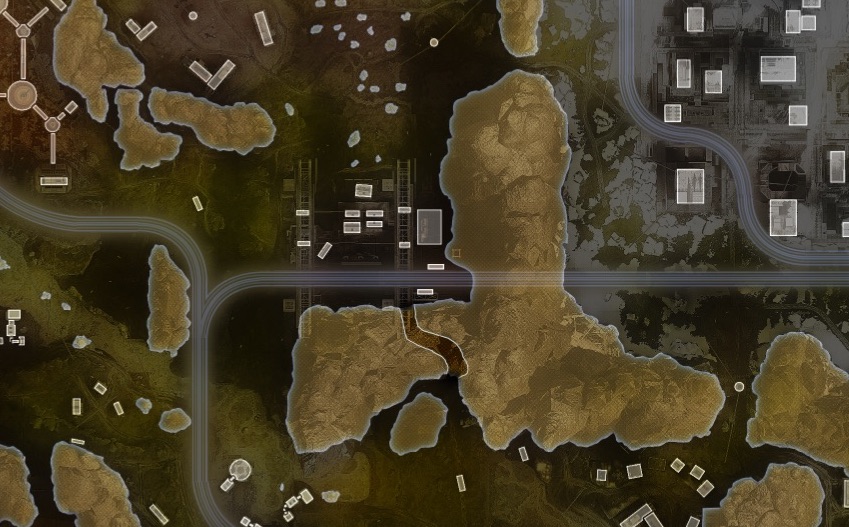 The Train Yard is well constructed to allow for firefights, nicely sized, and sectioned off from the rest of the map in such a way that it only makes sense to land here rather than rotate through. Yet, it also has 24 supply bins and rarely brings in other teams to land. There are some pretty different pros and cons to landing here, and it can be a bit of a gamble depending on where the circle sits. You can definitely make the low levels of loot work with the right rotation, but you’ll have to rely on the circle going where you want it to. This is never a good tactic.

Mirage Voyage is a leftover from a previous event, but it is still here for the Apex Legends Season 4 map.. Most players got their fill of coming here during said event, but some stick around. This makes it quite the popular spot to drop into for its size. It has 22 supply bins and an equip a team pretty well. It is also relatively dense in its loot. This is a good spot for a team to land at, but only if you’re competent enough to survive an early fight.

The place is a really cool new location. It is a big collection of stories, with 24 supply bins spread throughout. As with the Fragments, the main factor for this spot is its popularity. A lot of team’s head here every game at the moment. This place is really popular which can be a problem for some players. If you land here, you need to be ready to take on a few other teams. 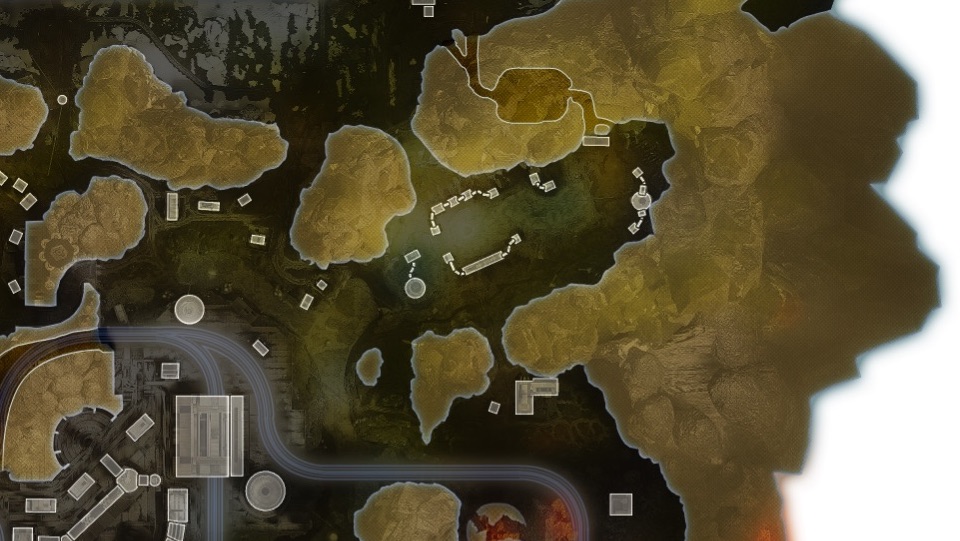 This area has 17 supply bins and you can live considerably quicker than anywhere else, so it pretty much suits every type of player. The easy escape makes it a solid choice even if it becomes too crowded or you can’t grab the loot that you need.

This is one of the bigger area of the maps and as such it attracts a lot of players. However, unlike the other hotspots of the Harvester and Fragments, this is really big and spread out, with loot to match its popularity. There are 58 different supply bins scattered around. This means you can easily grab the loot you need on the outskirts and make a quick getaway. This place dominates the landscape, and it’ll likely dominate the landing choices of teams in your game.

This is another huge area; like Thermal Station you’re going to run into plenty of other teams with enough loot for loads to land here. There are 45 different supply bins spread around here. There is the larger central factory which is the main hotspot and a row of buildings each with a bit more loot. The buildings outside make a solid choice for a mobile team. Whereas the large factory can be helpful if you’re not afraid of turtling up during a firefight. This is one of the most versatile spots on the Apex Legends Season 4 map. 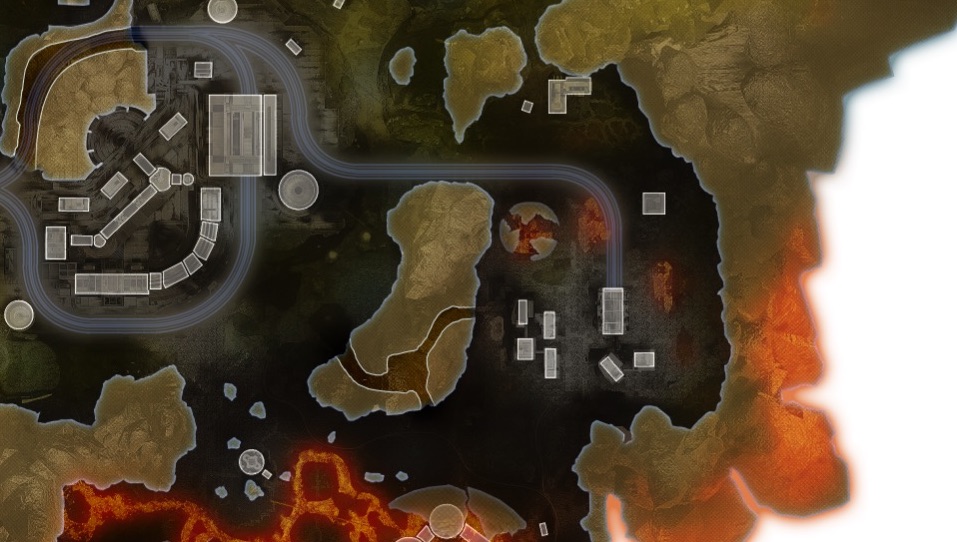 Lava City only contains 14 supply bins and it really isn’t all that big. This makes it pretty unpopular as a landing spot. If you’re willing to move around trying to find your initial loot, you might be able to make Lava City work. If you’re looking for a solid start though, you’ll be better off going elsewhere and rotating through Lava City.

This is another quieter area on the map, featuring only 11 supply bins. It is one of the smallest places that you can still actually call a POI. This should barley be included in the best Apex Legends Season 4 Map locations. It is there, and there is loot, but it is only suitable for the most mobile and fight-adverse players.

The Dome is a nice middle ground between the extremes of huge and small POIs. This place has a decent 30 supply bins spread over a relatively large space. However, the player count is often lower here. It doesn’t give you the best access point to get around the rest of the map. It is a good spot for those looking for a quieter game that still wants to loot up a big POI.

Which is the Best Landing Spot on the Apex Legends Season 4 Map?

These are all of the major places on the Apex Legends Season 4 map. There are some clear standouts for each type of team, including those that will just be a violent mess for players into that kind of game start.