Call of Duty Black Ops Cold War is due to launch on PC very soon, but players have already had a chance to play around with everything in the game. Like in Warzone and Modern Warfare, using a decent loadout is really important in Cold War. In a brand new game though, it can be difficult to find the guns, attachments, and equipment that are worth using. Building a great loadout is difficult and it takes some time to unlock everything. That’s why it helps to know what the best loadouts are.  These are the best XM4 loadouts in Cold War, the classes you can build when you start the game to get off to the best start.

The XM4 is looking to be one of the best Assault Rifles in the game. While some SMGs are getting a lot of attention at the moment, Assault Rifles are some of the best-balanced weapons in Call of Duty. They’re most effective at a medium-range, which is where a lot of combat takes place in Cold War. They’re also accessible and easy for newcomers to pick up. This makes the XM4 the perfect weapon to use while you’re learning the ropes. These are the best XM4 loadouts, the best Gunsmith and equipment combinations to really make the most of the weapon. 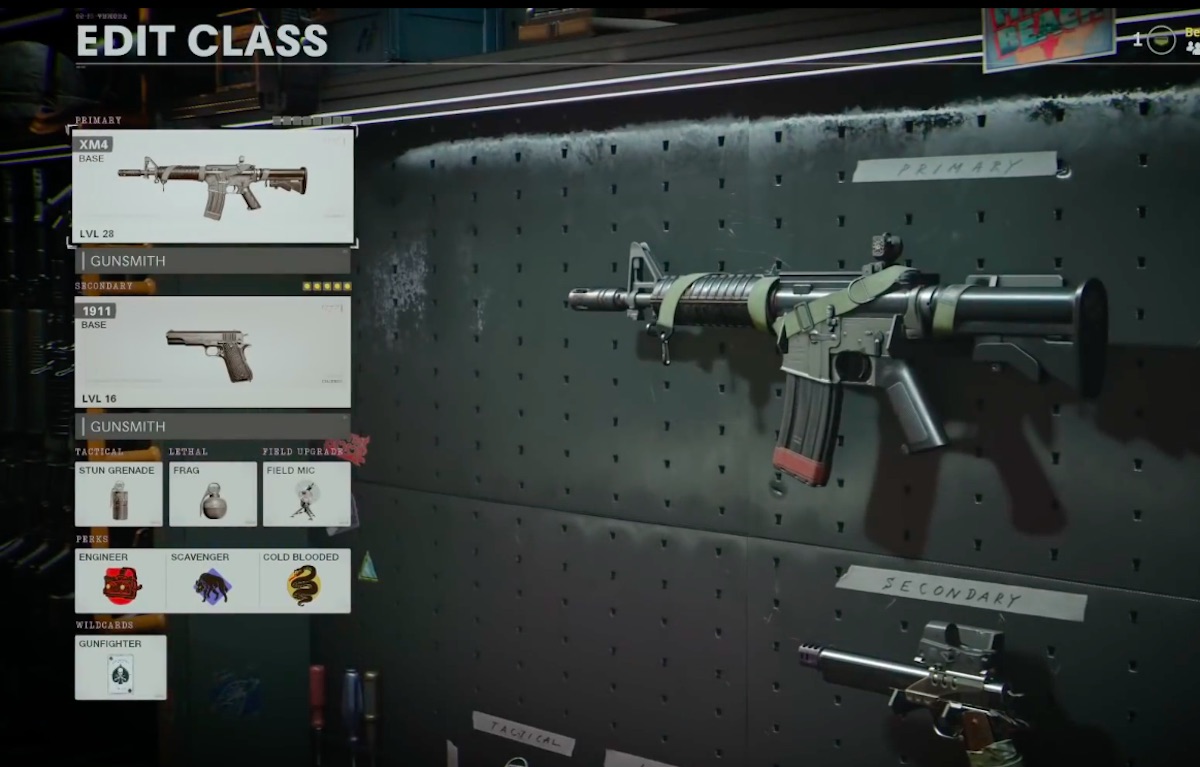 This is a Gunsmith build for the XM4 that is set up to act as more of an all-rounder than specifically to weighted to any specific area. It is the best choice of attachments for beginners or those who want to have a wide range of utilities. This is what you should attach:

This loadout is going to help keep recoil under control, but it should significantly speed you up. The slowness is irritating with Cold War’s ARs, so a Gunsmith build like this is particularly helpful.

The Rest of the Loadout

The rest of your loadout is more flexible. This is especially the case for this specific loadout. The XM4 is the more versatile Assault Rifle, which is a pretty versatile class of weapon. So while these are some recommendations, you have a lot of room to mix things up with this one:

One of the Wildcards that you can use in Cold War allows you to add three extra attachments to a weapon. This one can be a bit confusing. Attachments come with downsides as well as positives, so building a balanced set can take a lot of experimentation. When you’re working with eight slots instead of five, there is a paradox of choice with the attachments. This is a build that actually takes advantage of all eight slots without too many downsides:

The rest of the best XM4 loadouts for Gunfighter here isn’t as important as the attachments. Although you’re obviously going to need to use Gunfighter as your Wildcard. The loadout from the all-rounder class is going to be effective here too although you have to cut down on perks. Keeping either Ninja or Ghost is beneficial even without the Perk Wildcard.

Those are the best XM4 loadouts for you to try out once the game launches. Our other guides to Cold War can help you master the rest of the game.

Can’t find 5” Paratrooper and some other attachments.