Bind is a classic Valorant map and one has a lot of potential for many different Agents. If you’re looking to get the hang of Valorant you need to understand each Agent’s abilities, but also how they interact with the map. You’ll need to know things back to front to get your positioning right. So much of Valorant comes down to line of sight and knowing the geometry of the maps really well. Players with a better map knowledge have a lot more game sense and win more rounds. Bind is a pretty well-balanced map, but it’s set up to allow fast rotation and aggression. This Bind guide covers what you need to know about positioning, attacking, and defending on the map.

The unique mechanic in this Bind guide is teleporting. These spots allow you to zip around the map quickly. This can be a deceptive feature though. This map relies a lot on using your abilities to gain the advantage in certain angles. While helpful, the teleporters aren’t the entire conversation for Bind. This Bind map guide covers everything you need to know about overall strategy on Bind, not just using one glossy mechanics.

This Bind guide is split into attacking and defending. Since we’re talking about the overall strategy for approaching control of the map, it is easier to break it down into the two sides that you’ll be playing. This is what you need to know about each. It’s also worth quickly noting that we’re using some standard callout names for areas in this Bind guide.

Defending in Valorant has to start with the positioning of your agents. Each of the spike sites is going to need some relative defense. Some players are also needed to try to get control of the mid-area. This Bind guide covers defense strategies for each of these points.

The A site is the spike area on the right of the overall Bind map. This is what you need to know:

B Site is the other place you’re going to have to defend and it has more features than A. This is a spot where you may want to have more than one player since attackers often go for B in stronger force. This is what you need to know from this Bind guide about defending the B site:

Attacking is always a more difficult task! Especially, if you’re up against a decent defending team. When approaching attacking, you need to decide if you’re going for A or B. Bind doesn’t have enough of a middle ground to both contesting. Instead, players are essentially funneled towards one or two sites. These are some strategies for attacking each: 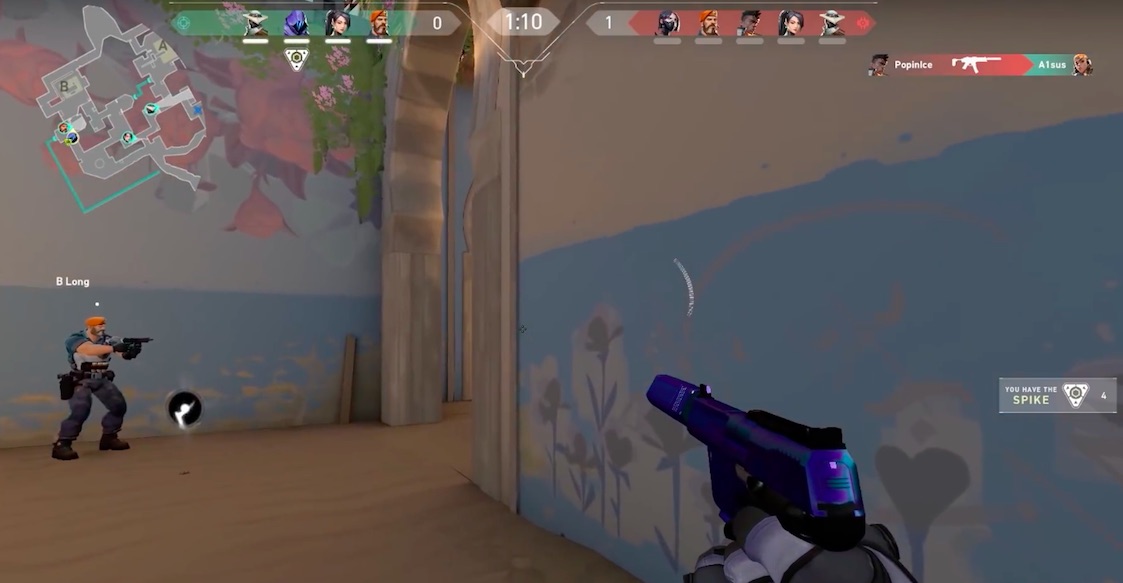 That’s everything you need to know from the Bind guide for Valorant. This map can be a lot of fun with the teleporters, but moving around the map at the right times and choosing the right chokepoints can make all the difference. Our other guides to Valorant can help you out with the rest of your performance: