How to Land Faster in Fortnite

Even the most veteran Fortnite Players have to deal with some of the same problems as newcomers. One of these is landing. No matter how deep your knowledge of the map, you’re beholden to the route of the bus to land somewhere good and give you enough time to loot up and make your way over to the first circle. It doesn’t always have to take that long. There are some strategies you can use to land faster in Fortnite, ensuring you can loot quicker and stay alive for longer.

This might seem like a relatively minor improvement but it does add up. Those extra seconds or minutes at the beginning of the game can make the difference between an early game death from close combat and coming out on top of your landing spot. This guide will run you through landing quickly in Fortnite. Some strategies will help, but there is also a lot of urban legends and falsehoods around about landing faster. Learning which tricks don’t work can help you to make the most out of the glide period in every game of Fortnite.

Can You Land Faster?

There are plenty of falsehoods around about how to land faster in Fortnite. The main one that people probably encounter is the belief that different gliders will drop at a different speed. No glider or cosmetic will affect your speed as you drop. Fortnite’s cosmetics only exist to make you look better, none of them can change your performance in the game. This keeps everything fair. Umbrellas will not make it easier and there are no glider upgrades to help you out.

You also aren’t going to gain any speed if you attempt to just hold the forward button and face down. This is actually the slowest way to drop, despite some other guides suggesting otherwise. Instead, there is a technique you can use to make sure you actually do drop down fast.

Jumping at the Right Time 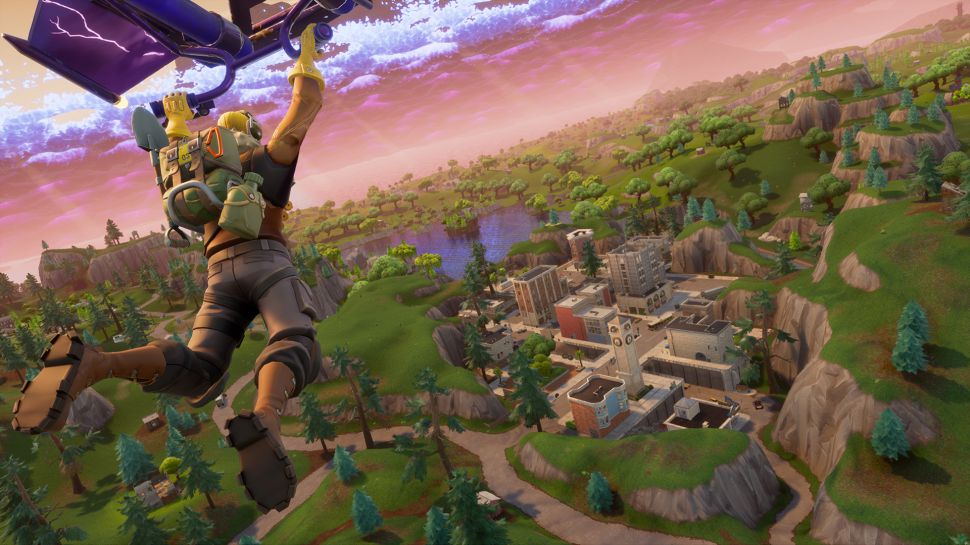 Not every location will have a flat spot right next to it. As you practice this technique and use different landing spots, you will become a better judge of where is the best spot and how much range your glide has.

Once you’ve mastered this technique you should be dropping in as fast as physically possible. These extra few minutes might save you enough time to come out on top.