Call of Duty Warzone is one of the biggest Battle Royales out there, and it isn’t slowing down with the release of Call of Duty Cold War. As with any other free-to-play game, you have some cosmetic options in Warzone. Warzone skins are called ‘operators’. These work the same as skins in any other game, like skins in Fortnite or PUBG. Most players want two things from skins, that they look good, and that they’re fairly unique. The rarest Warzone skins are those that you’re not going to see around as often. These are the most unique skins in the game.

Warzone doesn’t have the overwhelming amount of skins as you’d find in some other free to play titles. However, there’s still quite a few if you’re looking for the rarest skins out there. This is every Warzone skin currently in the game, along with which are the rarest Warzone skins. 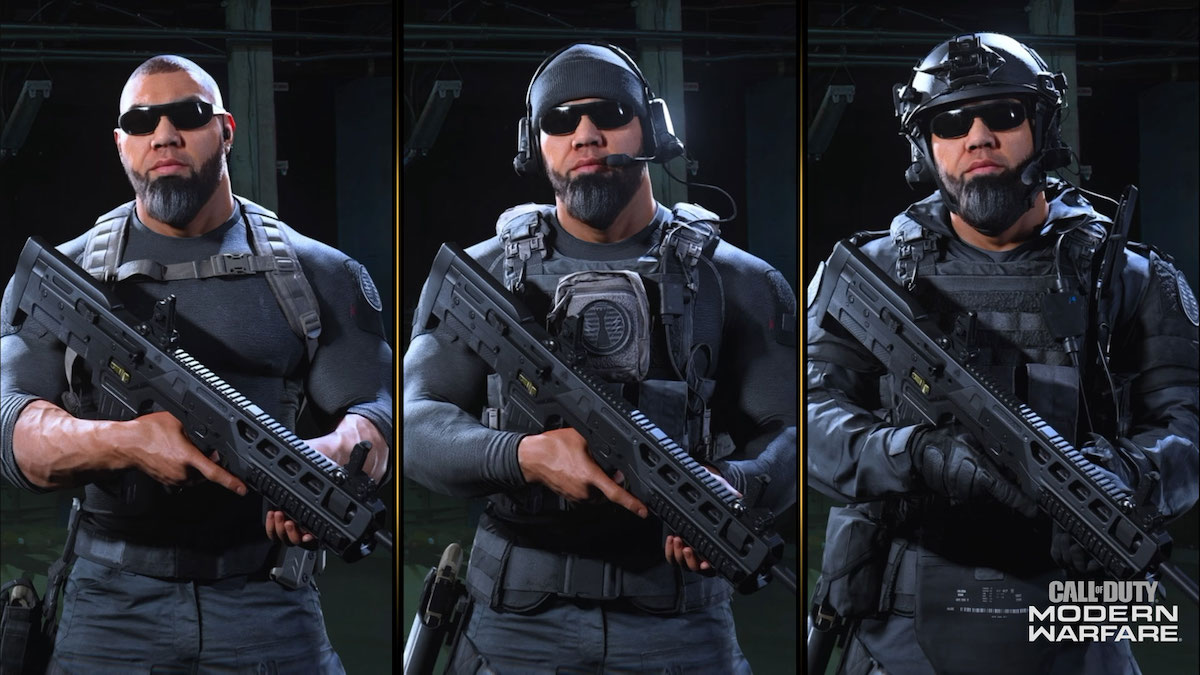 This was the skin that came specifically from buying the Season 5 Battle Pass. It is pretty common given that really low barrier to entry!

This skin is awarded for reaching only Tier 19 on the Battle Pass for season 5. This one is simple to unlock and has been added really recently, so it is a pretty common Warzone skin at the moment.  This one and Lerch are related! He’s technically one of the Shadow Company and the skins just evolve. 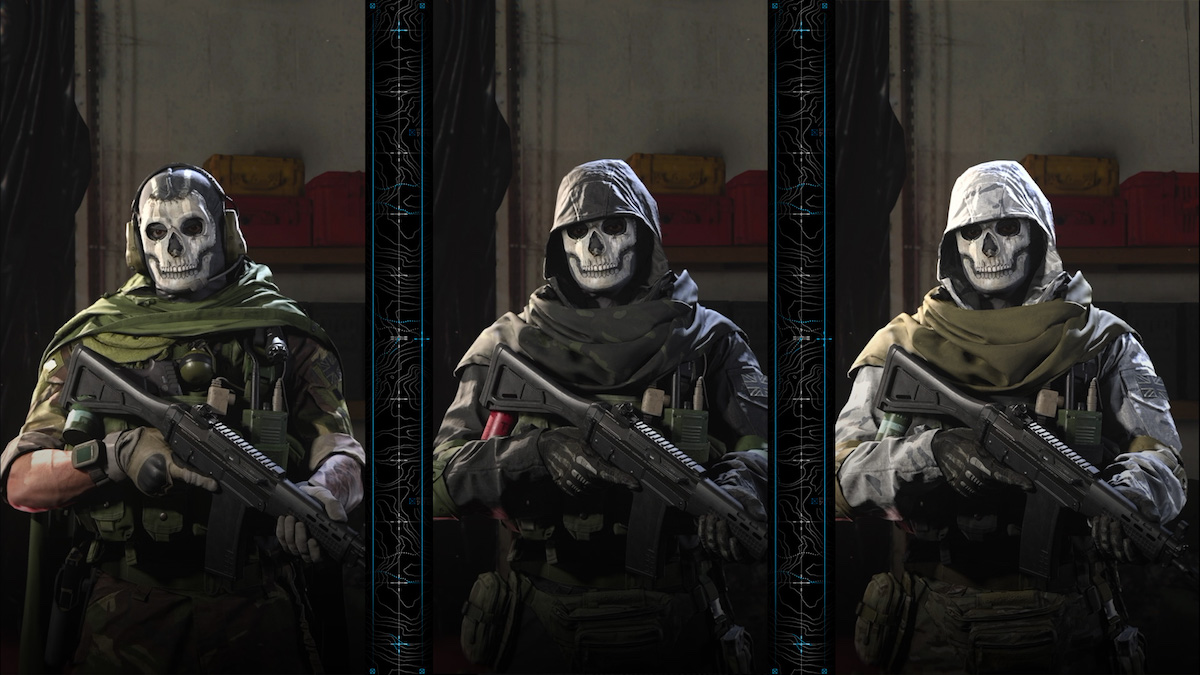 Ghost was the immediate skin from the Season 2 Battle Pass. This is also one you see on a fair amount of Warzone branding, and quite often in the game. It is a very common sight, even if Season 2 passed a while ago. That might have been helped by Season 2 being when Warzone really hit a major height of popularity. 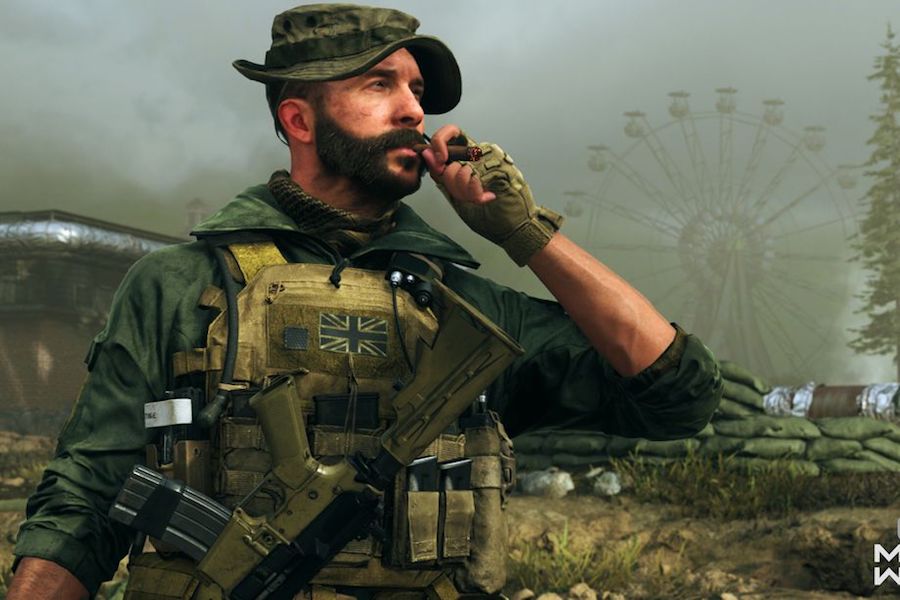 This was the free skin that came with the Season 4 Battle Pass. As it was easy to unlock without having to play much so it’s a really common skin. That’ll probably change as time goes on. We see common skins from early Fortnite seasons become some of the rarest Fortnite skins. While Price is pretty common now, it’ll get to be a rarer site as time goes on. 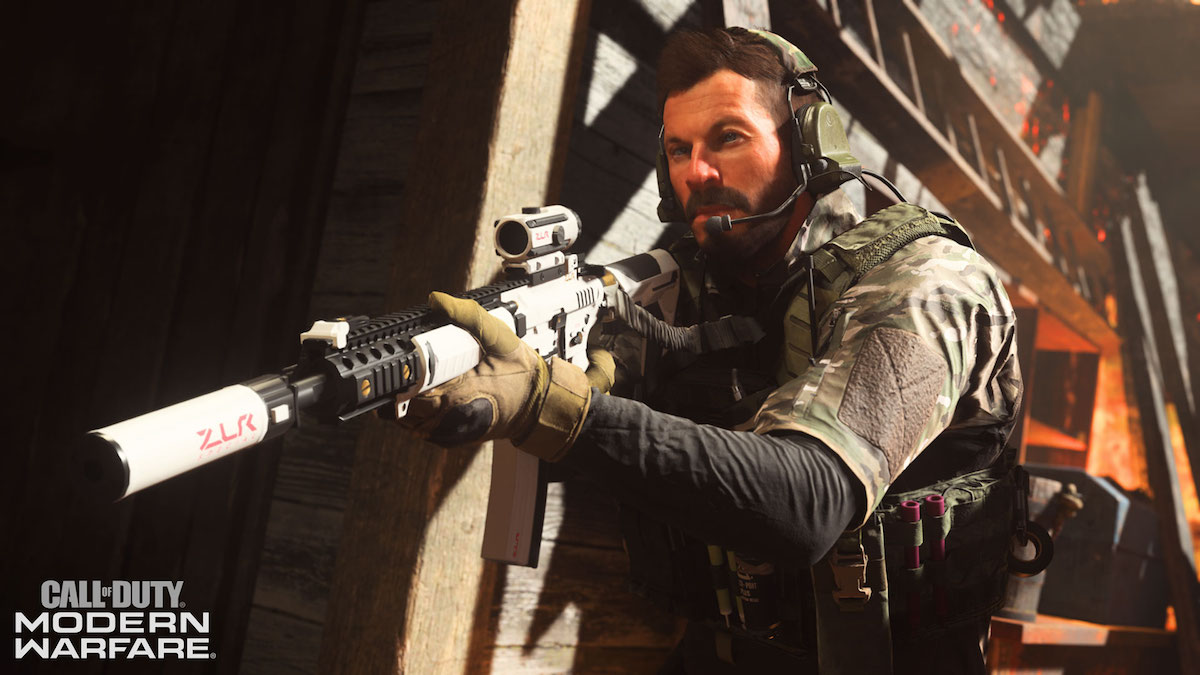 This is the free skin for the season 3 Battle Pass. It has a really low barrier of entry for unlocking, so it’s a pretty common sight. 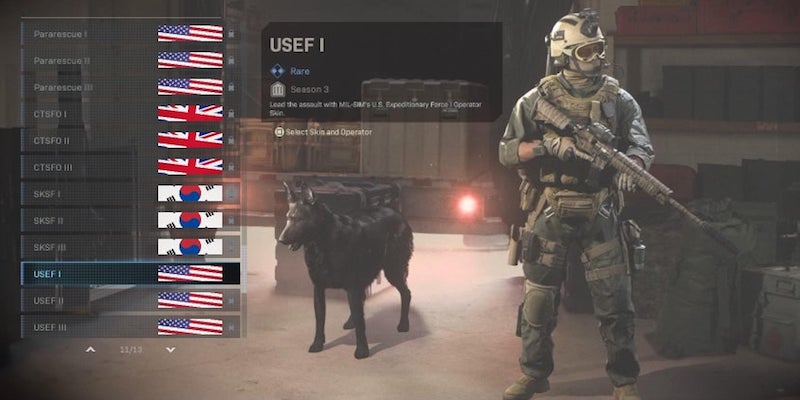 Usef is the Tier 10 reward for the Season 3 Battle Pass. While it is a couple of seasons ago, tier 10 did not take much work at all to reach! So we can safely say this is one of the more common Warzone skins.

This is a skin that was given out when you hit Tier 10 of the Season 4 Battle Pass. Warzone was still very popular at Season 4, so a lot of players have this. Tier 10 also doesn’t really require much work either, so it’s difficult to say this is a particularly rare Warzone skin!

This is the skin that you could unlock for hitting Tier 30 on the Season 4 Battle Pass. Tier 30 isn’t all that high up in progression so it comes up common in Warzone. 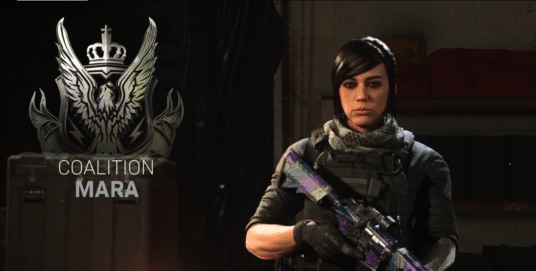 Mara was the free skin for purchasing the Season 1 Battle Pass. It is a bit higher on this list despite being easy to unlock since Season 1 was quite a while ago now. This is a skin that will get rarer as time goes on in the game. 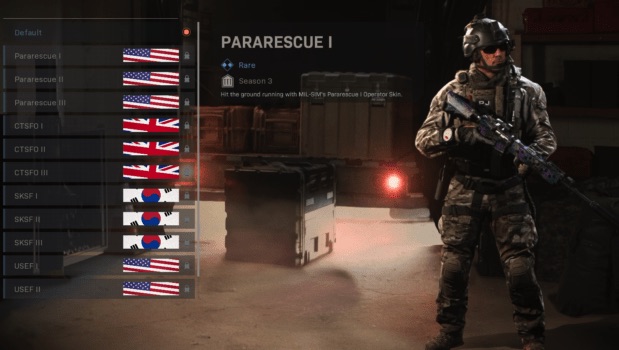 Pararescue was a Season 3 Battle Pass reward for reaching tier 30. It is pretty similar to USEF and CTSFO, along with some others from the Season 3 Pass. It isn’t all that unique so it isn’t seen all too much. 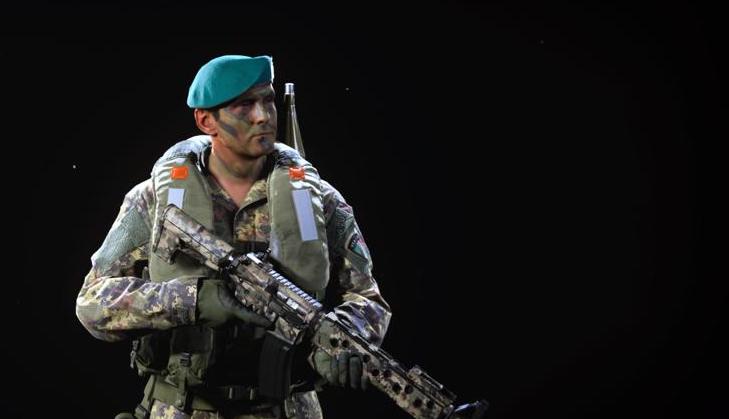 Lagunari is the Season 4 Tier 50 reward. It is a bit more recent than some others on this list, but coming in at Tier 50 you did have to play a decent amount to unlock it. This is a nicely styled one of the Warzone skins too, so it is pretty recognizable in-game. 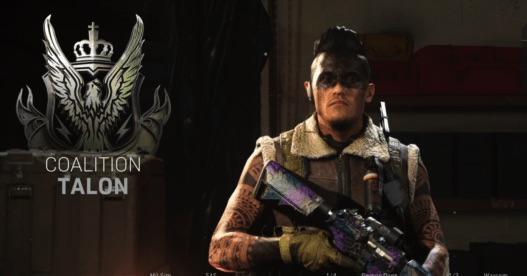 Talon is slightly rarer given that it is a paid skin. However, it isn’t as rare as some others since it is pretty distinctive. This made it a lot more popular and you see more players using it. That’s despite its worse potential for camouflage. 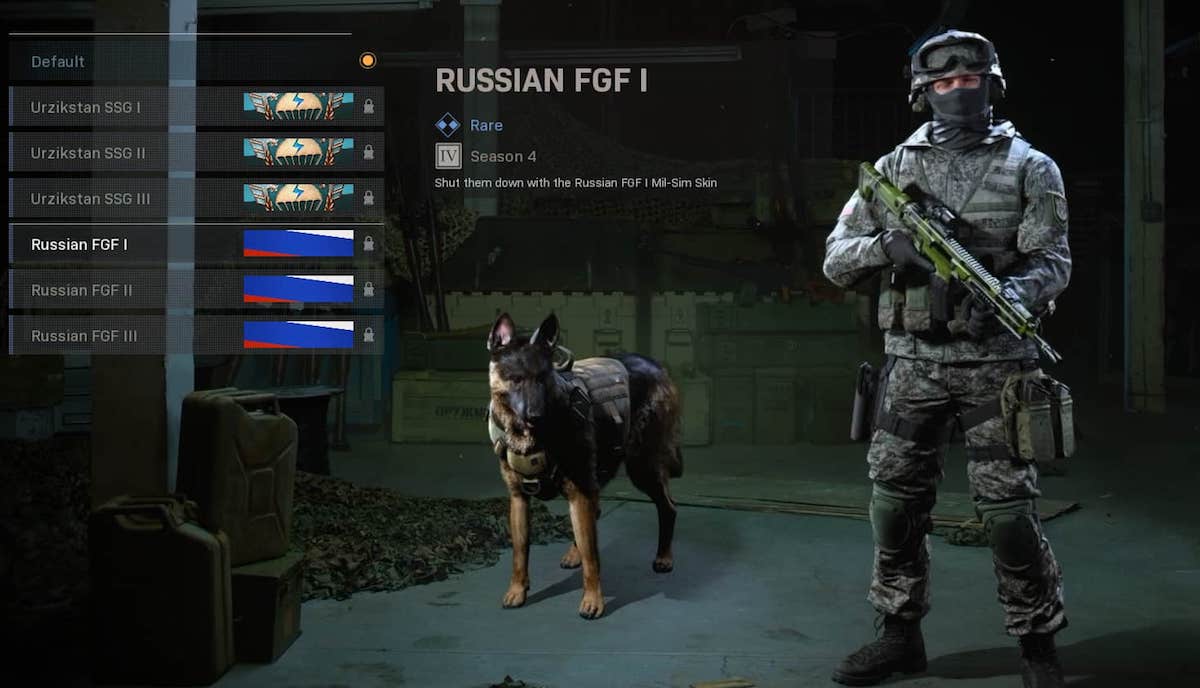 This is another skin from the Season 4 Battle Pass, but this one wasn’t awarded until you actually hit Tier 70. This one took quite a bit more work to actually achieve compared with some of the others, so this is a mildly rarer Warzone skin. 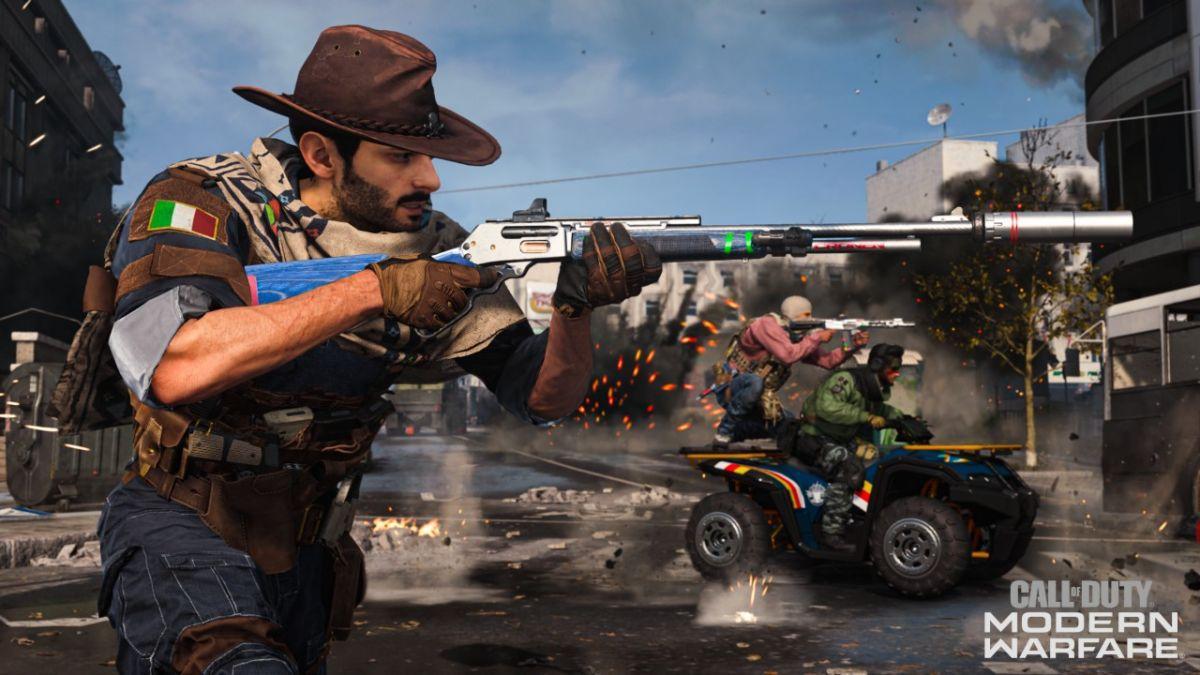 Morte is a skin from the in-game store that looks a bit like a cowboy. Since it’s pretty distinctive you see a fair amount of them, but as a paid skin it is a notch above a lot of the Battle Pass skins. 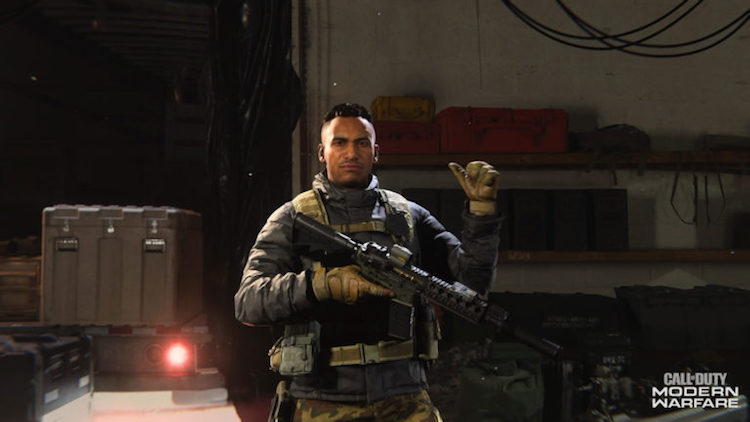 This is another skin that you primarily get from the in-game store. However, it is really quite generic in appearance so it isn’t as popular of a choice as some others. 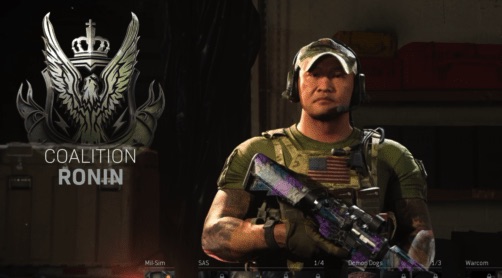 Like Gaz this is a fairly plain bought skin. This one really doesn’t have much going for it so not as many players purchase it. It is a nice kind of casual look though. 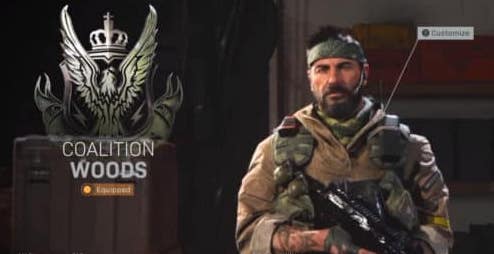 This is a special case for Warzone skins. At the moment it is a bit rarer, but only because of a technicality for release dates! You will be able to unlock this skin for pre-ordering Cold War. Mace was only available from the in-game store. This is a less rare Warzone skin since it is a pretty popular look. Something about the mask seems to appeal to Call of Duty Warzone players. Even if a skin is harder to get your hands on, if it looks cool enough it’ll likely end up popular. 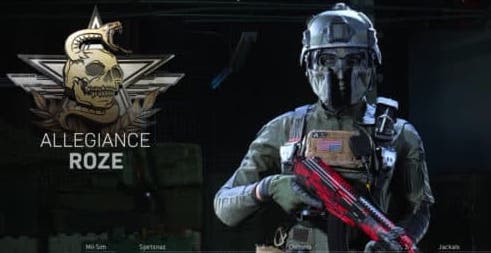 This is a skin that only came from the in-game store. Bought skins aren’t as popular in Warzone compared with the Battle Pass skins, so this is one of the rarer ones. It has a kind of Mandalorian look to it. 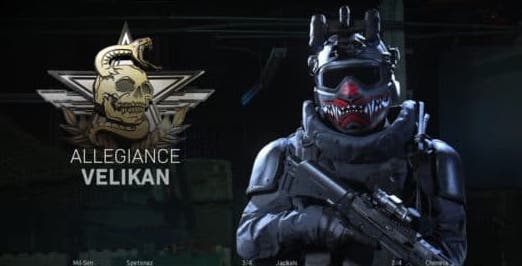 Velikan is a skin that is only available from purchasing in the actual in-game store. This makes it quite a bit rarer. It’s whole helmeted look also makes it a popular site in-game compared with the plainer options. 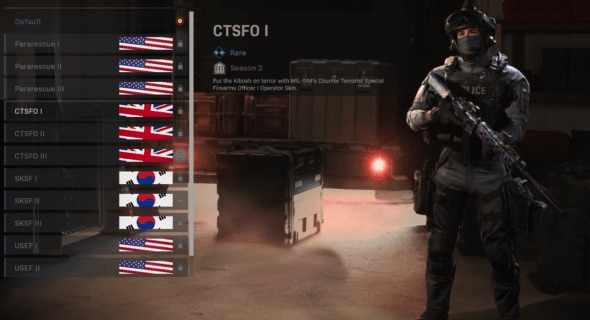 The CTSFO Operator skin was unlocked once you hit Tier 70 on the Season 3 Battle Pass. This one isn’t the rarest since Season 3 isn’t that far behind us. However, coming in at a high tier this is a bit rarer than some of the others. It isn’t the most visually interesting skin, but it does make a change from fairly plain camouflage. The face mask is also good for keeping you a bit more hidden. 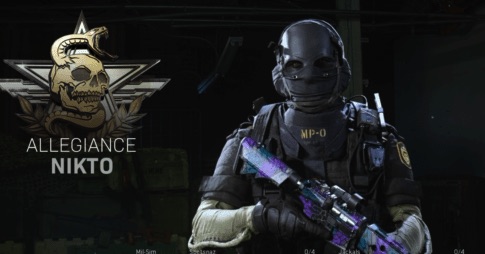 This is one of the Warzone skins from the in-game stores that you don’t see absolutely everywhere. As well as just costing money, it isn’t all different from the typical fare so less people tell to go for it. Often the rarest skins are the dullest!

This is a skin that you can only get from the in-game store. It was only available as part of a bundle which was kind of a hassle to get. It’s difficult to pick a top one, but this or Nikto are both skins that you very rarely see.

Call of Duty Warzone might be a standalone title, but it is completely linked to Call of Duty’s mainline games. At the moment, that’s Modern Warfare. There is some crossover with Operators between the two games. Some of the rarest Warzone skins are those that came from Modern Warfare. These are all of those skins in the game:

These are the Warzone skins that come from accomplishing a certain feat in-game. Some of these are more exclusive than other 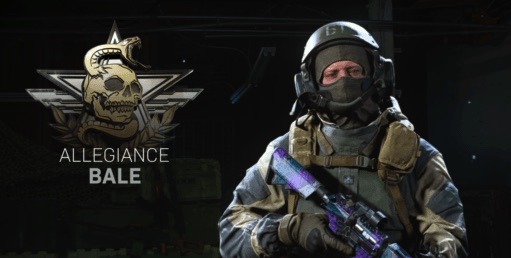 These are skins that just came from finishing off a mission in either game. These aren’t particularly rare at all. It seems to be that players who have one of their Warzone skins have all of them, since they only need you to do one specific thing to actually unlock.

Those are some of the rarest Warzone skins, along with all of the others that are really common! Our other guides to Warzone can help you out with actually improving how you play, rather than just how you look.