Valorant has fast become one of the most exciting Esports games. It is an arena shooter, but with distinct Agents to play as. Each offers different abilities and options for you. Deciding which agent to play as is a major part of mastering the game. Each is suited to a different type of player. Jett is a really interesting Agent to play as, but also kind of complicated. She has great mobility options. This is fun, but it also makes her technically complicated. Essentially, while the abilities are cool they kind of have a high skill barrier. If you want to get the most out of them, you’ll have to spend some time learning how to play as Jett in Valorant.

Jett isn’t as multipurpose as other agents out there like Phoenix. This doesn’t mean you have to write her off though. Her abilities are great for mobility, which itself has a lot of different uses. You can be one of the best duellists in the game using Jett. A little creativity with them (and a solid grasp of Valorant’s fundamentals) and you’ll be able to get great results from Jett. This guide covers everything you need to do know to do that. 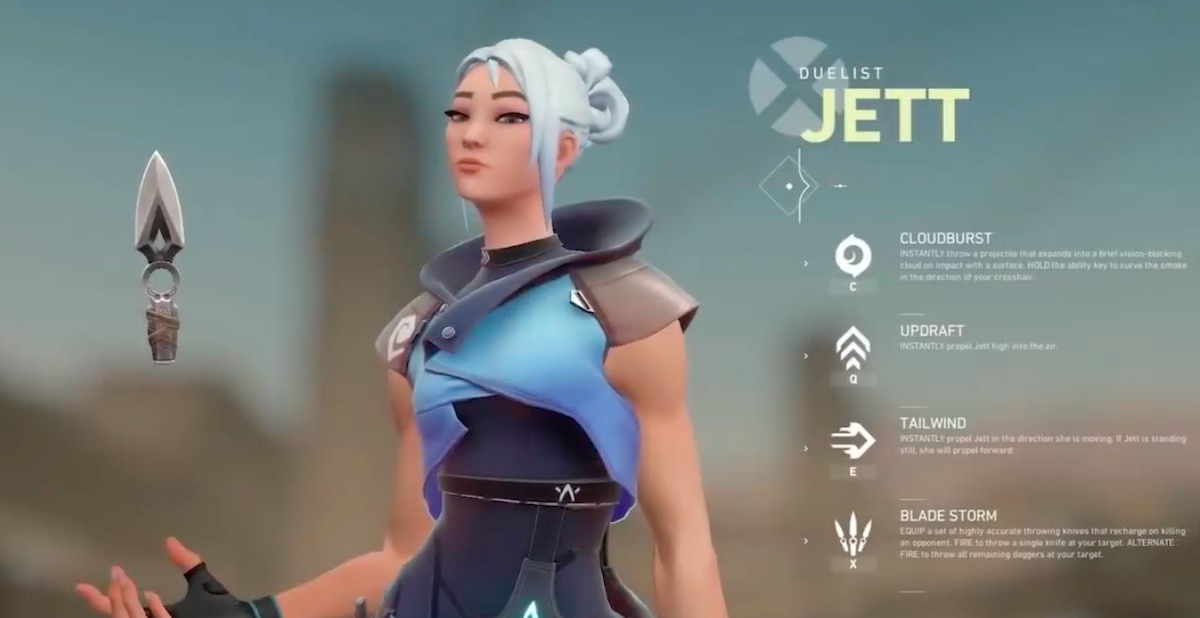 Jett’s abilities make her great for mobility but also for dueling. With this kind of variety, you’ll need to master each of Jett’s abilities to get the most out of this agent. This is one that is going to require in-depth knowledge of each map though. You’ll need to learn lines of sight and where spots are located that take advantage of verticality.

This is Jett’s passive ability. Holding the jump button allows you to glide. This lets you get a little more air time out of a jump, take a different route, or avoid fall damage. However, when used creatively it can give you access to unique spots and angles all around the map. This is just a passive ability, but it can work well when combined with other abilities.

Cloudburst costs 100 credits, so bear that in mind when deciding what to buy in Valorant. This is a smoke grenade that you can throw, and you can curve it for a better control over the area you’re attacking. This has some similarities to Phoenix’s firewall. If you’ve spent time mastering the curve for one, you can use the same skills with the other. 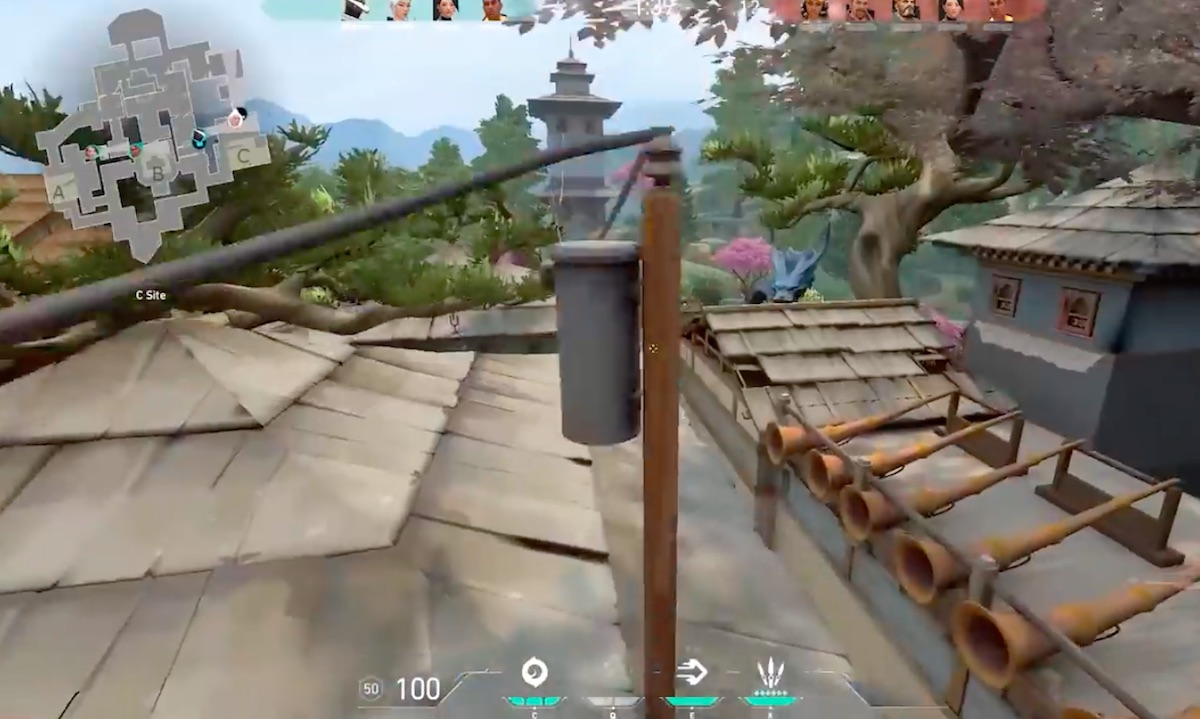 This one also costs 100 credits and has near-infinite possibilities. At its core, this is a jump boost. You jump up and get an upward boost. In execution, this gives you access to many spots in the map that no one else can get too. You can take the high ground, find angles out of reach to most players, take shortcuts, and take the advantage in firefights.

This is another free movement; you get use of it after each set of two kills. This is a dash in the direction that you’re facing. It is another ability that can be as useful as you want it to be. Speeding away is fantastic for defensive and offensive moves. However, it is specifically good for positioning quickly.

This is an ultimate and one of Jett’s only true offensive moves. You draw blades that you can throw with great accuracy. A left click will throw one knife and the right click will throw all of them at once. If you get a kill, your knives get reset. Like every ultimate, this is a great move to throw out in most different types of rounds, whenever you can. 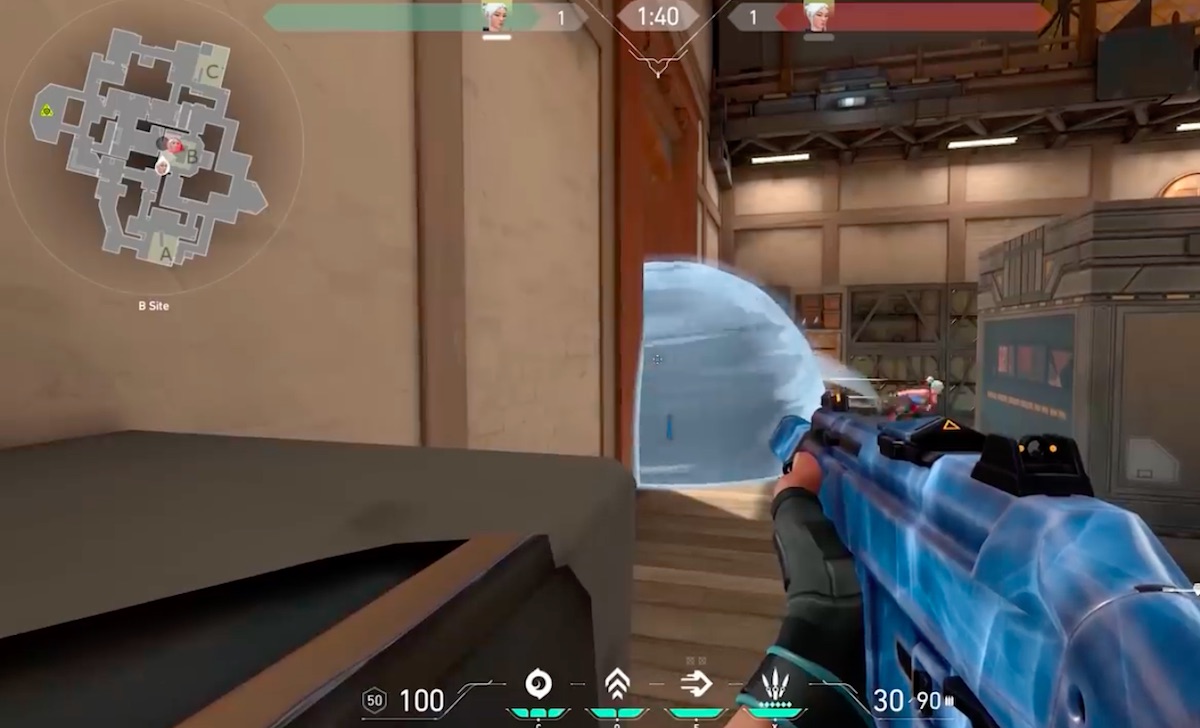 These are some general tips and tricks for playing Jett the best that you can:

Those are the tips and tricks that you’ll need to come out ahead in Valorant as Jett. Our other guides cover what else you’ll need to know about the game and some other agents: