Apex Legends How to Win as Loba

Loba is an Apex Legends character that was added in Season 5 of the game. The character wasn’t as immediately exciting as some of the other additions like Revenant. However, over time it’s become clear that Loba is actually one of the best additions to the game. Apex Legends previously had only one real support player, Loba has added a second. She serves a specific role in the team. If you’re willing to play as Loba, you can get a lot done but you’ll need a good tactical awareness. This Apex Legends Loba guide covers everything you need to know to win as Loba.

Apex Legends has developed a lot over the course of its 6 seasons. Loba is one of the characters that best reflect this development. The abilities at your disposal give you a lot of opportunities to achieve great things. However, Loba is a high-risk high-reward kind of player. While you’re fulfilling a support role, you’ll need to really know what you’re doing to use Loba to the full potential. This guide covers her abilities and everything else you need to know to really get ahead in Apex Legends as Loba.

Passive abilities are those that are always active for you. For Loba, it is the ability to see the location of Epic and Legendary loot through walls. This one makes looting considerably quicker, but it only works for the the high-end loot.

As this is always active, there isn’t a great amount of strategy involved. It will come in handy and makes you a great utility for a team. You should be sure to call things out to teammates if you’re already looted up. This ability should make it smoother for you and your team to get equipped throughout the entire game.

Loba’s tactical ability is one that you can activate fairly often, you only have a 30-second cooldown. This one allows you to teleport quickly, limited to where you can throw a bracelet. This might be the most useful ability you get with Loba. It has a high skill ceiling.

Once you throw the bracelet, you can teleport to where it is. If you’re trying to teleport up high, throwing it in the general direction then teleporting once it has passed over that spot works. When you teleport, you go to the ground directly below its current location. This means you can grab the high ground without having to spend time lining up a shot.

With a 30-second cooldown timer, there is a temptation to use this one a lot. However, there is a downside to throwing it out without caution. The animations for it are lengthy. They make you an easy target. You have animations at the start of the ability and the end.  You also can’t use a weapon while its in the air. All of this means you shouldn’t use it just to get away from a firefight, it doesn’t work like that.

Instead, you need to utilize it to reposition during firefights, while you’re able to take a few seconds. Use it to initiate a fight and take an element of surprise, to flank or to put some distance between yourself and an enemy. It will take some time to get a good sense of timing for the animations here, but once you do it can be really useful. 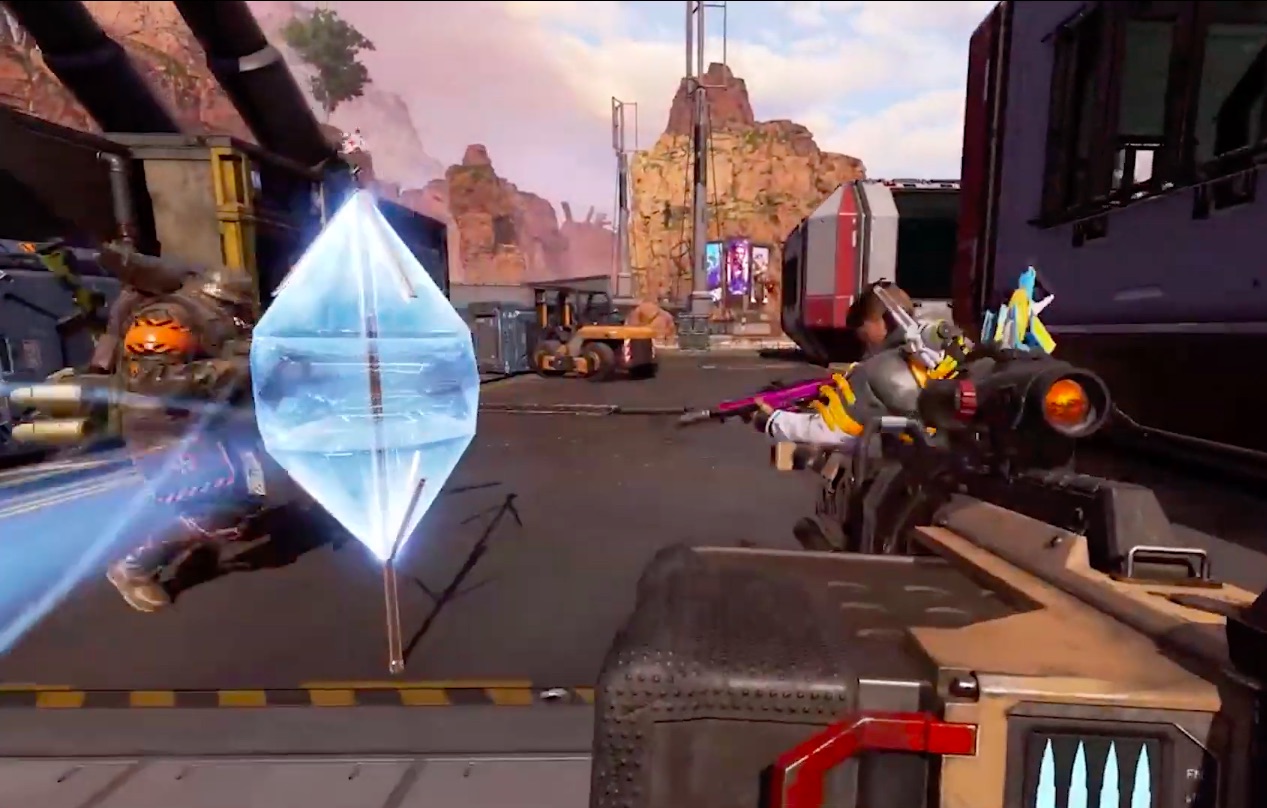 Like all Ultimate abilities, this one is kind of the most fun. You set down a device that teleports nearby loot to your inventory. Each player can take two items that are pulled in by it. However, your enemies can interact with it just like you and your teammates. It has the same range as your passive ability, so pay attention to that before you decide to launch it.

This is a great ability for loading up on everything that you need. The cooldown timer is 175 seconds so at just under 3 minutes its even useful to be thrown down to try and heal back up after a firefight. People who interact with it can take two items. So if your teammates need more than be strategic about everyone grabbing their two. This all sounds pretty easy to use right? Free loot is always good, but there is a serious drawback.

Enemies can use this item, and it won’t go away on its own. If you leave it active other players can use it as simply as you do. You can turn it off though by hitting an interact button. Always remember to do this. The other major drawback is that a big pulse is sent out when you activate it.

This lets everyone in the surrounding area know where you are. The allure of getting the same loot that you want will always draw some players in. This means you need to use it in strategic locations. Think through who might be nearby. It also makes it a bad idea to throw it down for a restock when you’re in a hot situation.

Using the specific parts of Loba’s toolset is important, but there is more to playing the legend well than just that. These are some essential tips and tricks that you’ll need to get ahead when playing as Loba in Apex Legends:

Our other guides to Apex Legends can help you make the most out of the game, with any other Legend: