Apex Legends features quite a few different characters with plenty of rare skins spread between them. However, as with every hero shooter, not every Legend is going to be relevant to you. Most players tend to gravitate towards a single Hero that they’re particularly skilled with, hence the term ‘main’. Even if you have a sub or two that you occasionally use, when you’re looking for the rarest skins you’re really after the rarest skins for the legend that you play. If you gravitate towards Lifeline and enjoy playing that important support role, there are plenty of skins out there for you. Some of the rarest Lifeline skins in the game are in the rarest overall skins!

The rarest Lifeline skins are typically those that are no longer available, so you might be sat on an old Lifeline skin that’s now one of the rarest! This is a comprehensive guide to every Lifeline skin, divided by their rarity! Some of them are so rare that you might not have even seen them in a game. If you want to stand out while playing as Lifeline, then some of the really rare skins in this list will do just that.

These Lifeline skins are pretty basic. Like with every other Legend, they’re just a couple of simple changes. They cost very little though. So, if you’ve got one of these you likely knew it wasn’t one of the rarest Lifeline skins and was instead just a slightly alternative look. Coming in at only 30 crafting materials these skins are very common. 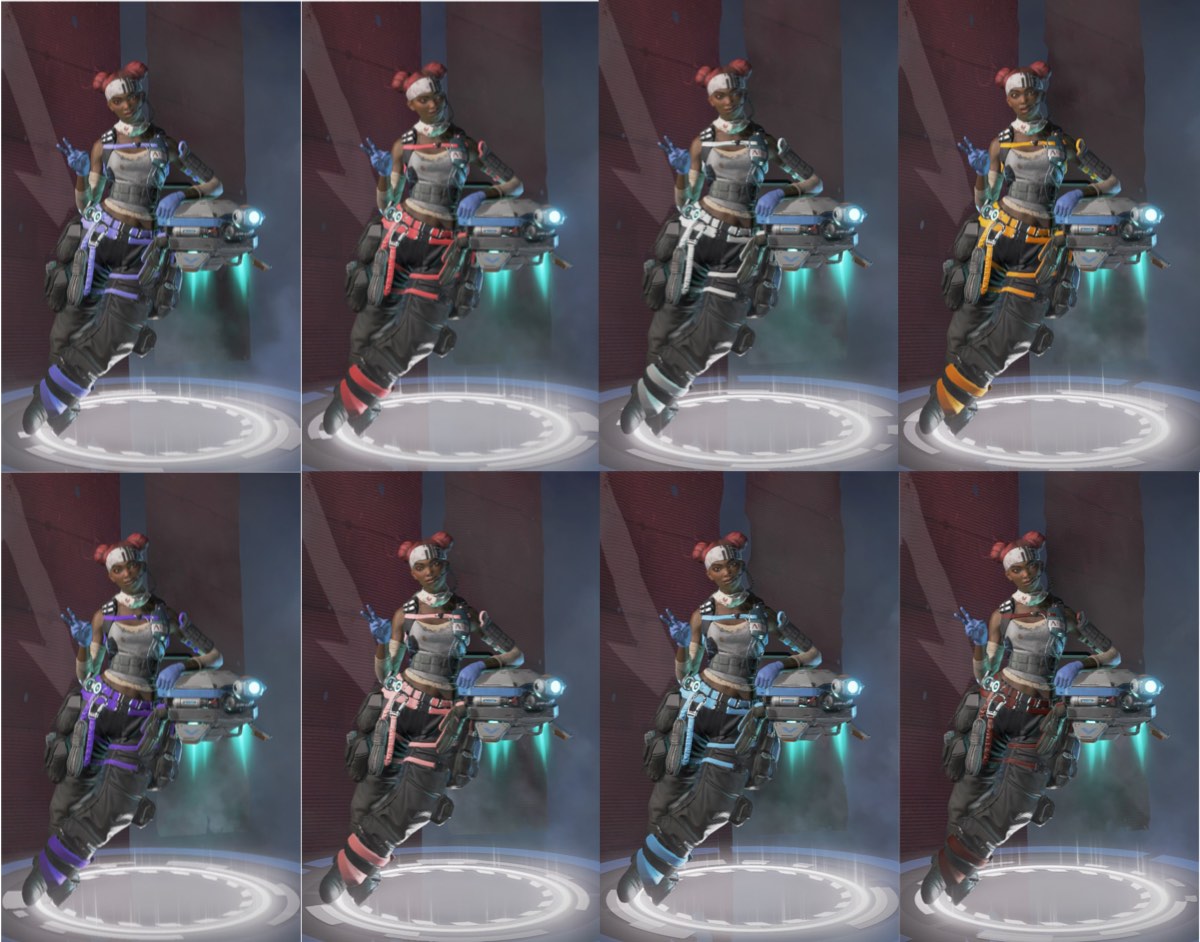 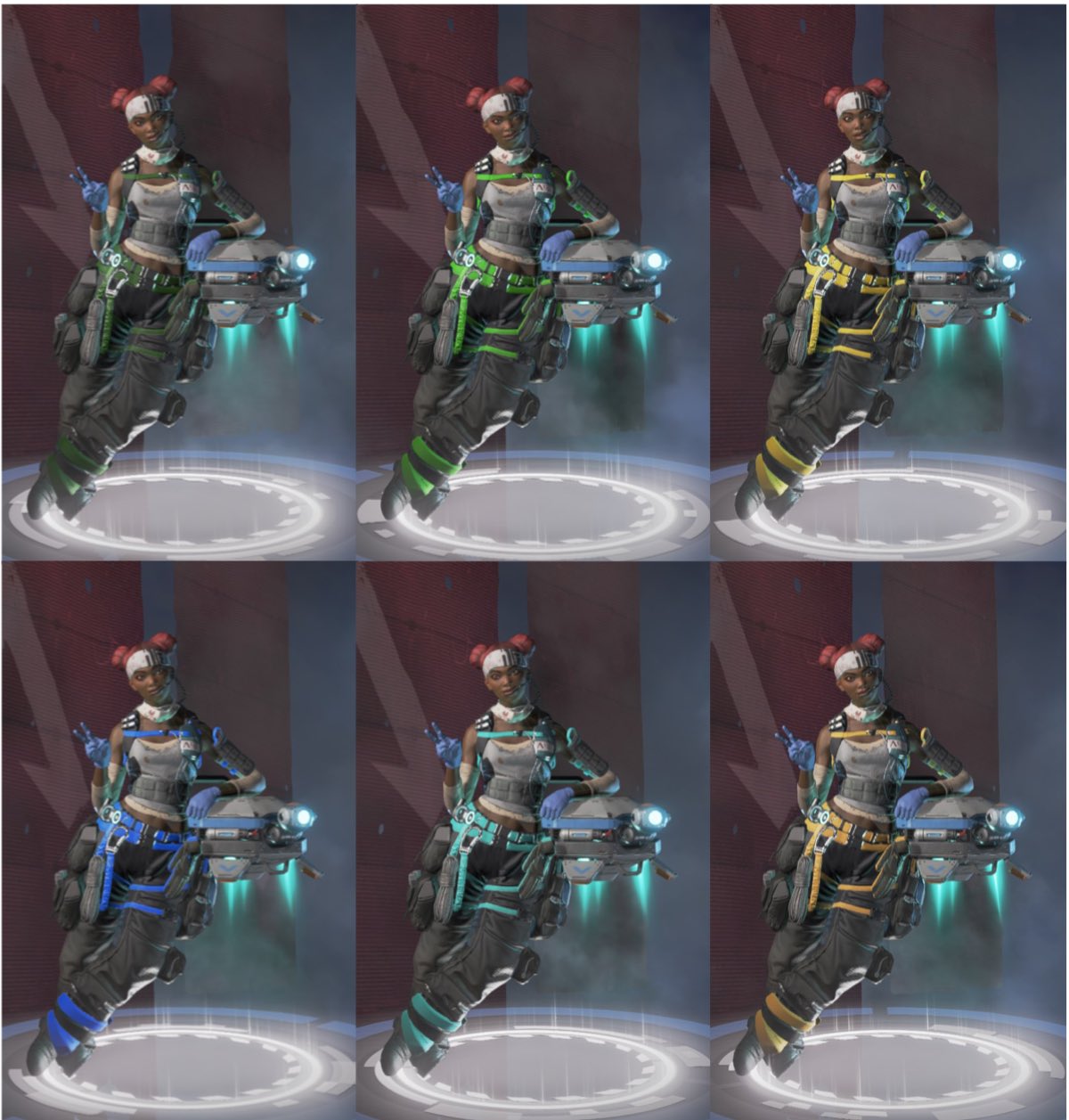 These are Evergreen, Limelight, Yellowjacket, Skyward, Hydro, and Sahara. These skins aren’t the rarest Lifeline skins, but if you’re after something simple then they’re a good choice.

These aren’t the rarest Lifeline skins, despite the name. These are only the second tier of rarity for the character. However, they do offer something more than the standard common skins. These apply a pattern to Lifeline’s clothes. Unlike a few other legends, this provides quite a different look given the clothes that Lifeline is wearing. 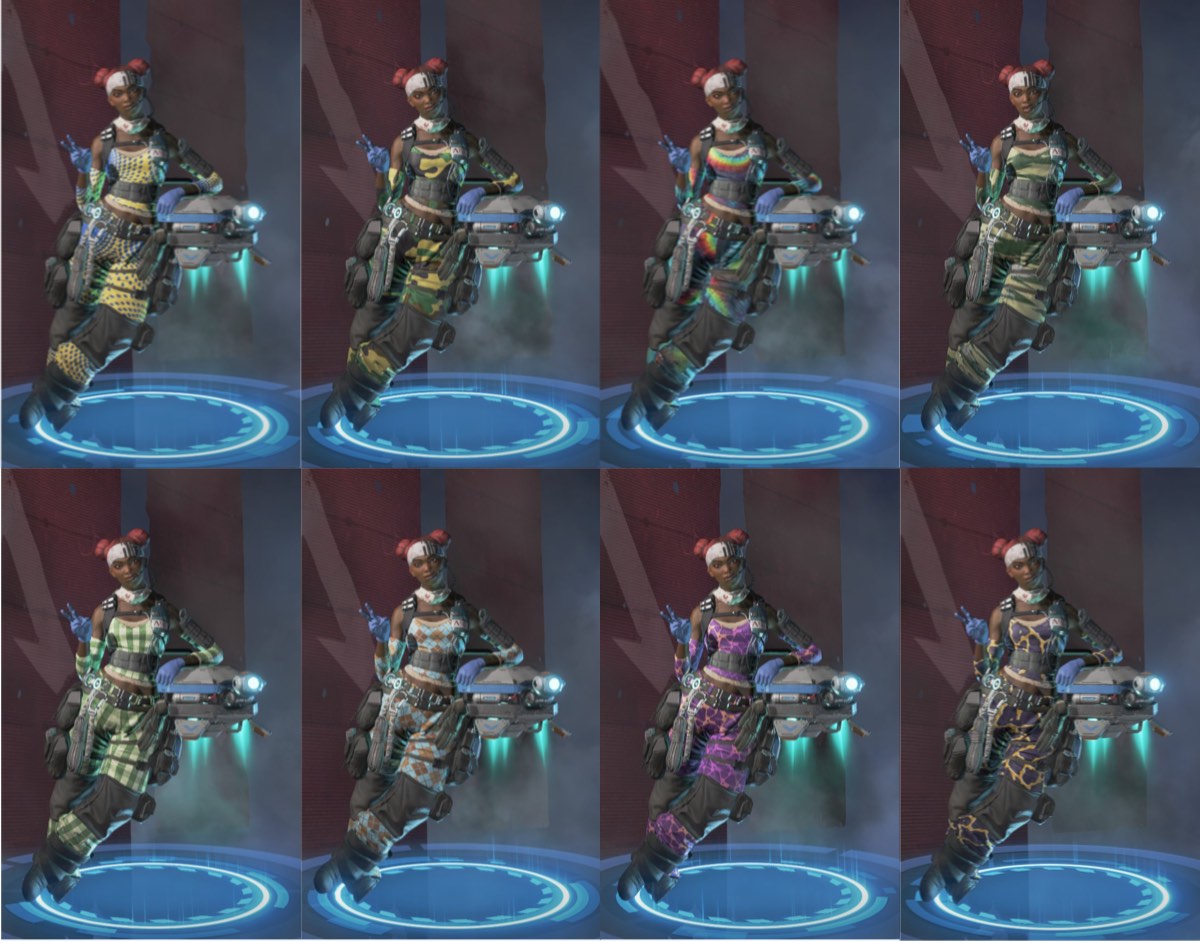 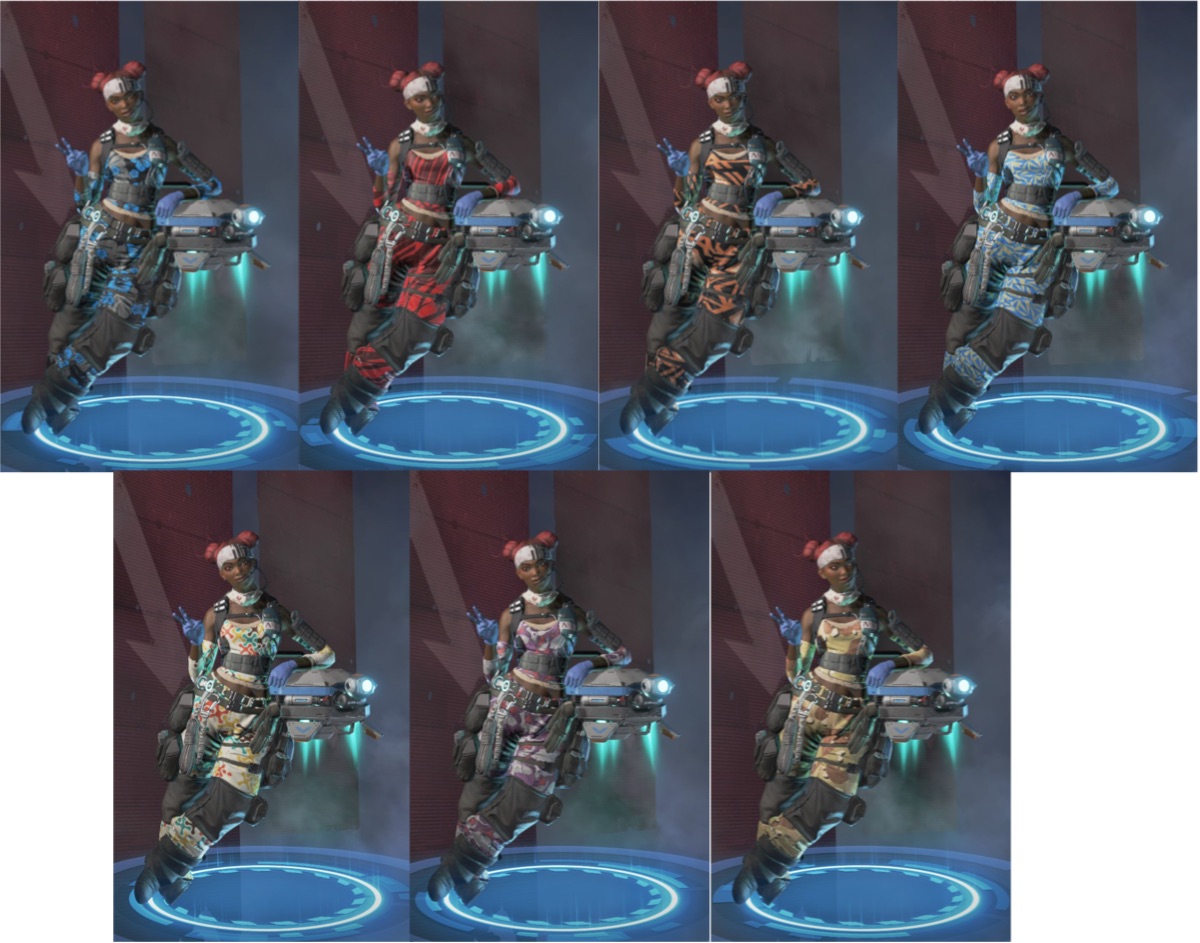 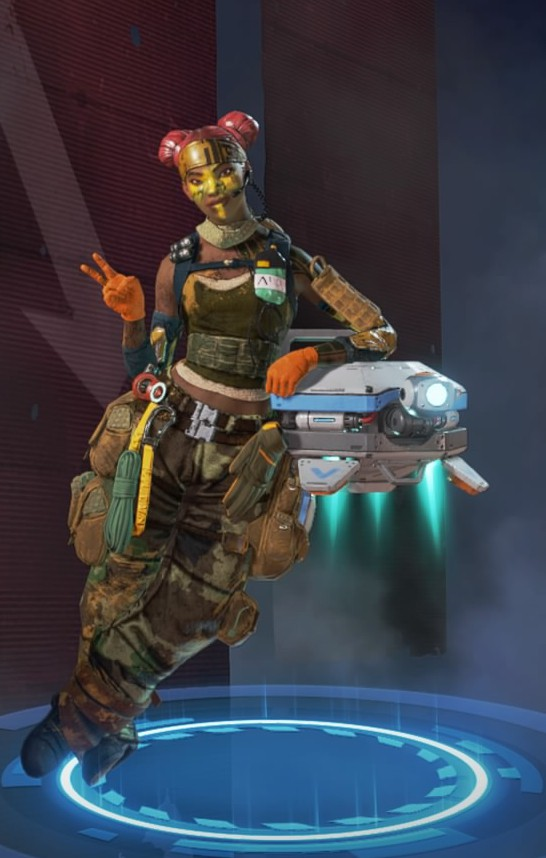 This one fits into the Rare category but is a bit different from the others. While there isn’t much going on visually compared with the others, this one is quite a bit rarer. It was unlocked at the first level of Season 1 Battle Pass. Apex Legends was at the peak of its popularity then, so it isn’t all that rare but more so than those still in normal rotation. 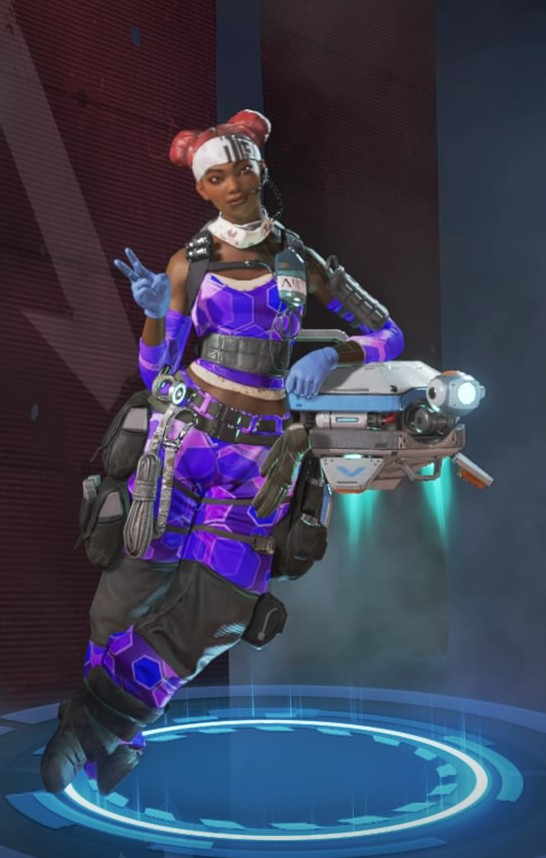 This one was a PSPlus reward for May. This is quite a bit rarer than the others since it is limited to one platform, and then only to those who actually pay for PSPlus. If you don’t have it though, you’re not missing out on a crazy amount of difference. 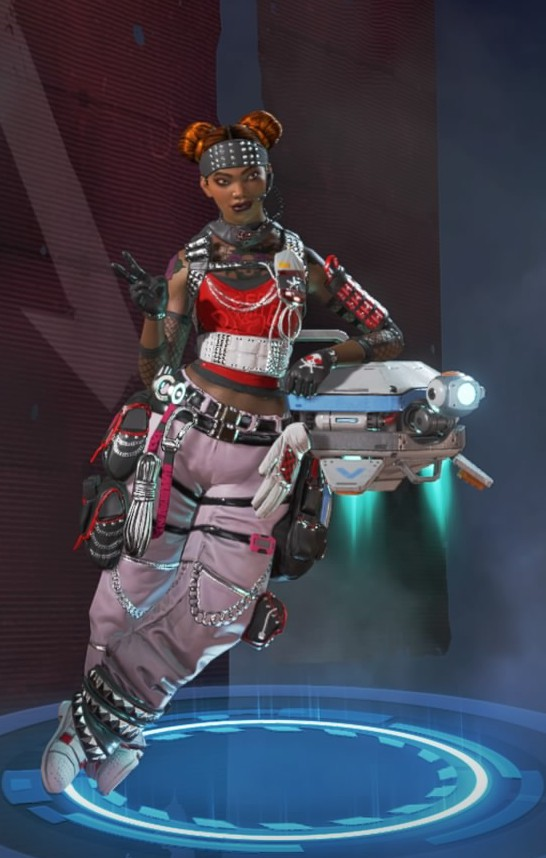 This skin was exclusive to the Voidwalker event and cost 500 Apex Coins. This is one of the rarest Lifeline skins to rank this low in tiers of rarity. You’ll see it less often than the others and it actually looks quite different.

Epic – Some of The Rarest Lifeline Skins

The Epic tier of Lifeline skins is where things get interesting. These ones are quite a bit different to the others that you might see around. Most aren’t rare compared with the Legendary skins. However, they’re definitely a few notches above the rest. 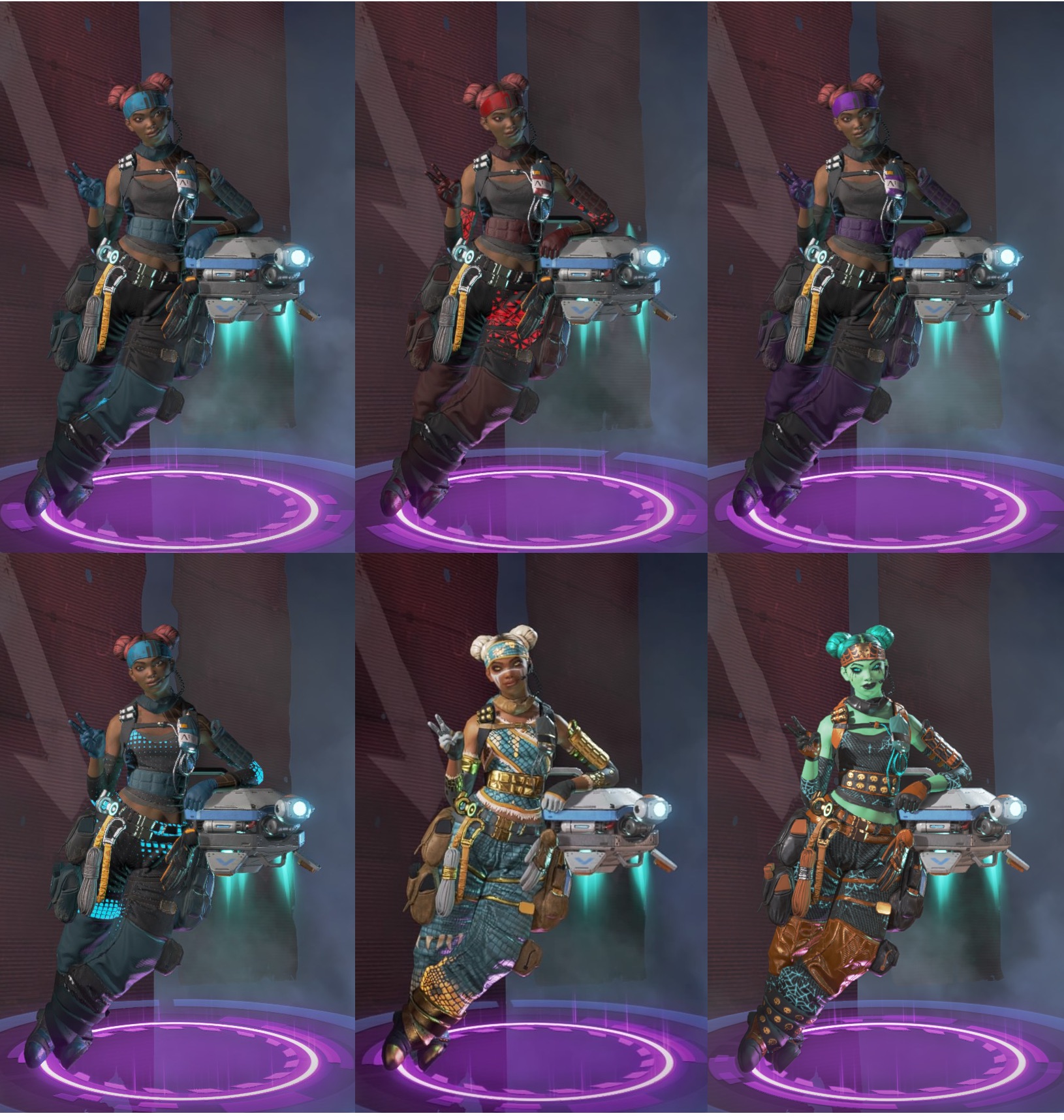 Out of all of these Pain Killer and Green Widow are the ones that really stand out. Pain Killer was only available as part of the Legendary Hunt, costing 1,000 Apex Coins. Green Widow was available during Fright or Fight. While these events were quite recent, these skins are likely to become a lot rarer as these events drift into the past. These are good skins to hold onto if you want rarer skins in the future.

These are the rarest Lifeline skins, some of them are even the rarest Apex Legends skins overall! These all have more demanding circumstances for getting them or carried a much higher price. You’re unlikely to see these return to the store all that often. If you have one of these skins, they’re great to show off. 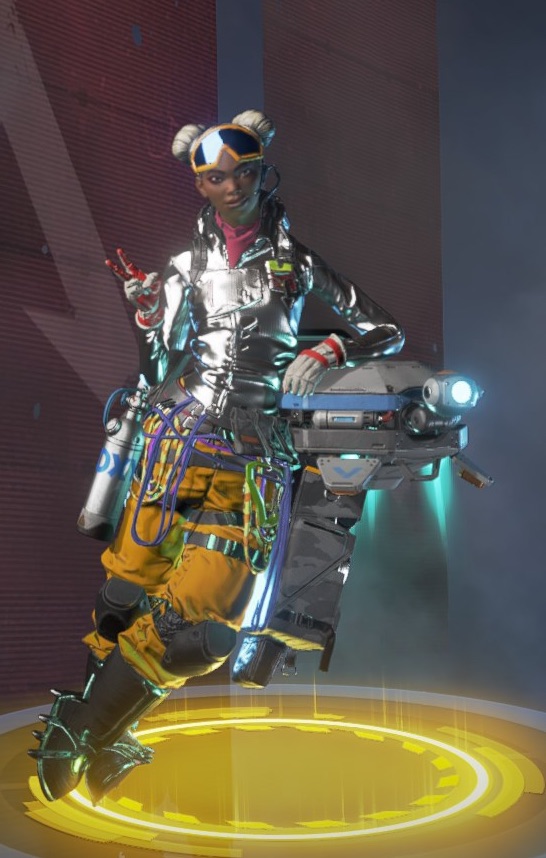 This one gives Lifeline a strange white and orange look. It looks different enough from any of the other skins to warrant being recognized as something rare. It would have 1,200 crafting materials. This one is cycled around fairly often, but it is still one of the rarest Lifeline skins. 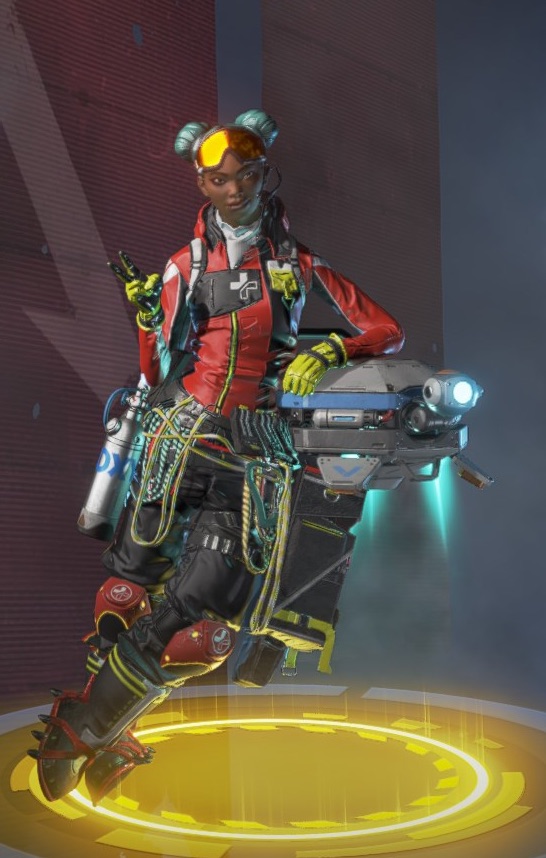 This is one of the few rarest lifeline skins that actually has a name that makes sense. This is part of a set that themed red looks for a lot of different legends. Like many of the others here, it is quite a rare and desirable skin, it doesn’t return to the store all that often. It would have cost 1,200 crafting materials. 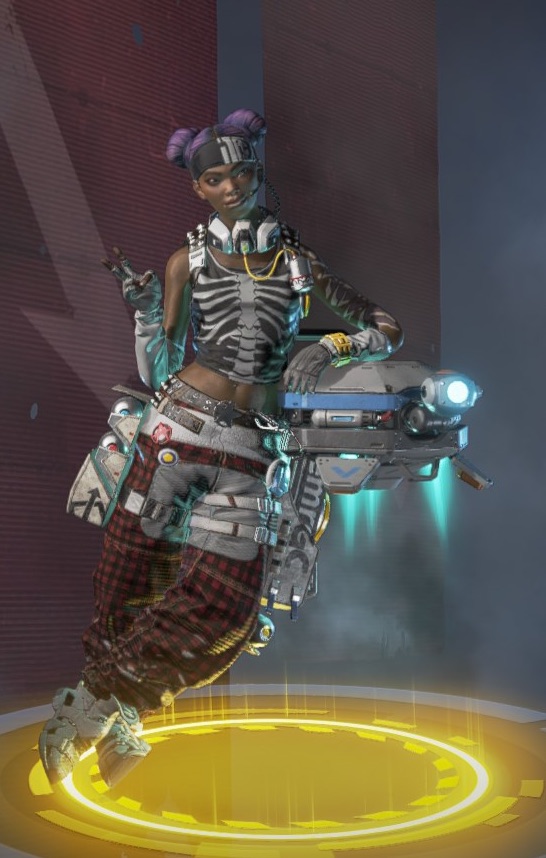 This skin gives you a different print of the t-shirt and some alterations to the rest of Lifeline’s model. While it is one of the rarer ones, it is pretty much the least distinctive look in this group. Like the others, it would have cost 1,200 crafting materials. 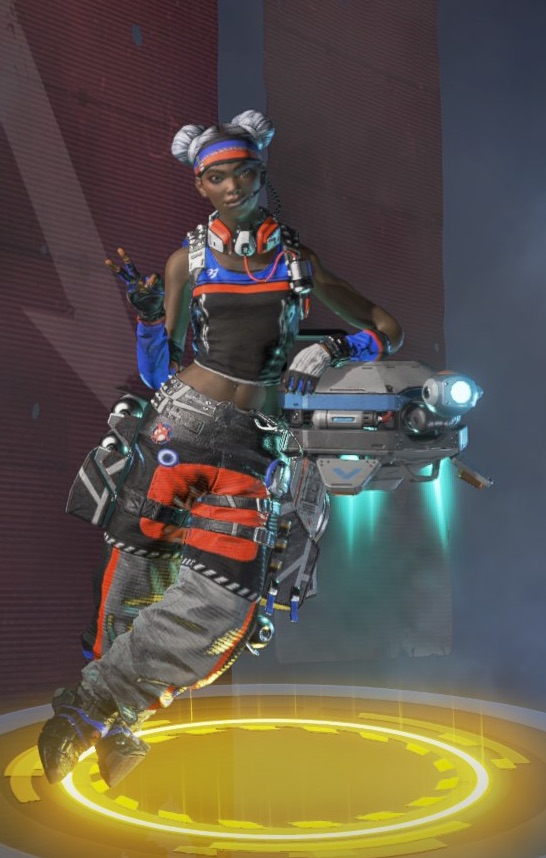 This skin is one of the rarest Lifeline skins. However, it looks quite similar to some of the PSPlus exclusive skins. This is likely a coincidence, but the skin is really just an alternative color scheme. This is disappointing compared to some of the other Legendary tier skins. 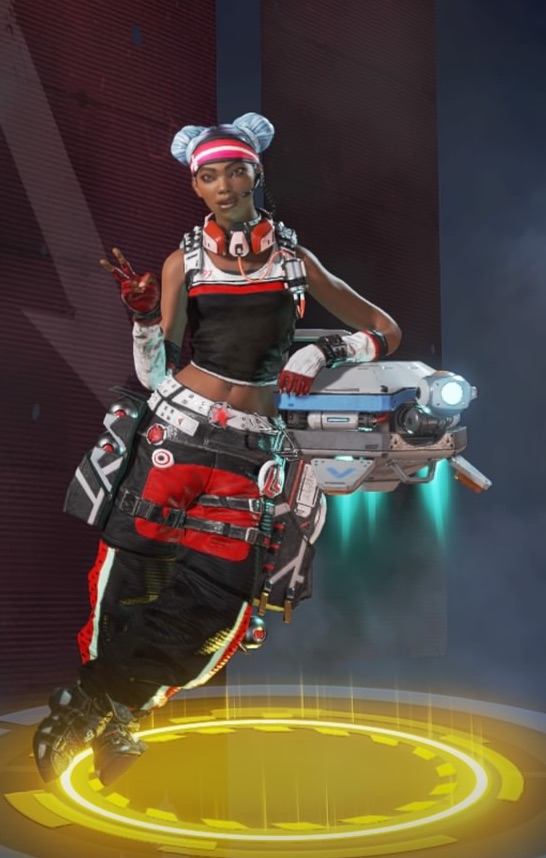 This one required Organized Anarchy to purchase and cost 6,500 Legends Tokens on top of that. These conditions have made these some of the rarest lifeline skins out there. It is also a nice themed skin. This has a consistent look that actually gives it some character. 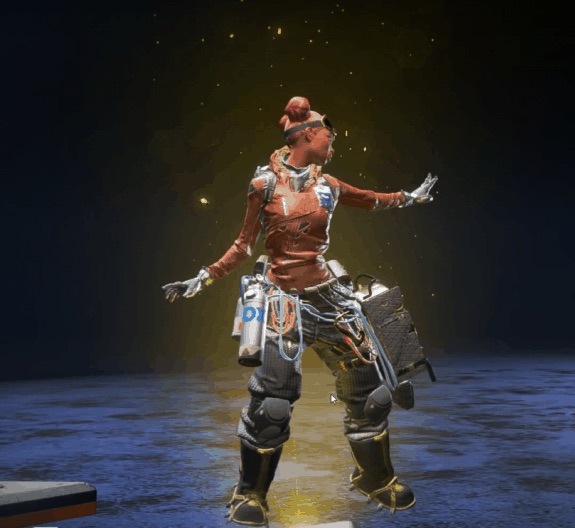 This one might be rare for a reason. It doesn’t really have anything going for it. While it looks mildly different to the default look, this isn’t really enough to warrant splashing out on. It was only available if you have the Peak Performer skin, and cost 1050 crafting materials. 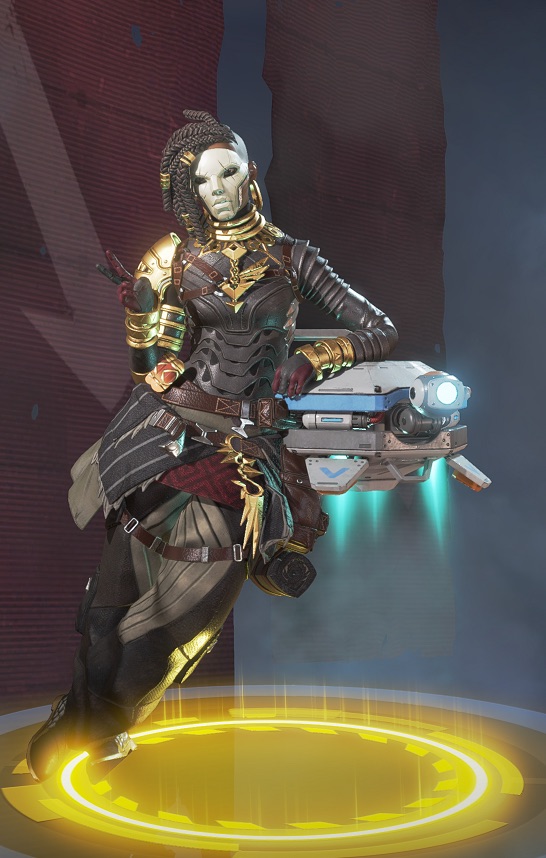 This skin was part of the controversial Iron Crown event. This is one of the rarest skins since that event was far from fair. It even looks pretty good with a Mad Max touch. This one is definitely one that you won’t see very often. 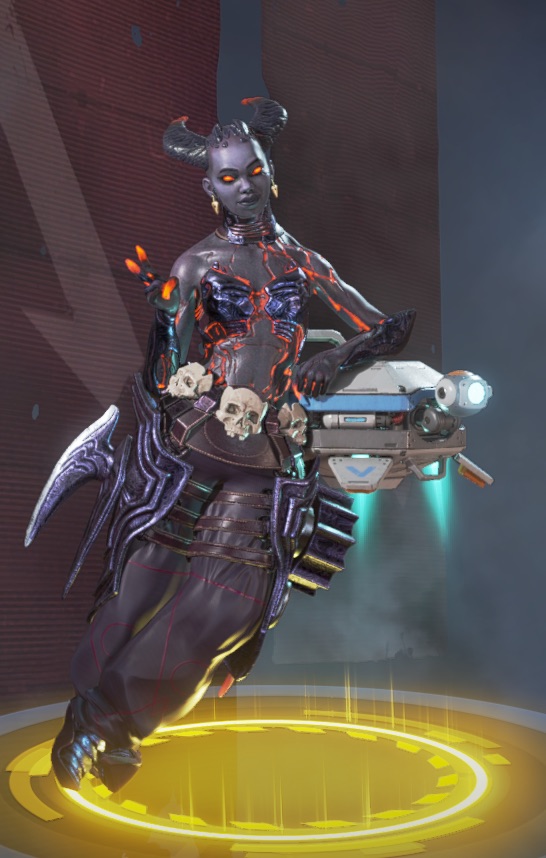 This was part of the Season 3 Battle Pass. This means it is pretty common at the moment but is likely to get a lot rarer as time goes on. It has a pretty unique look with a demonic kind of theme going on. If you’re looking for a Lifeline skin that is going to stand out, this is a great one to go with. Out of every Lifeline skin, it is one of the most interesting. 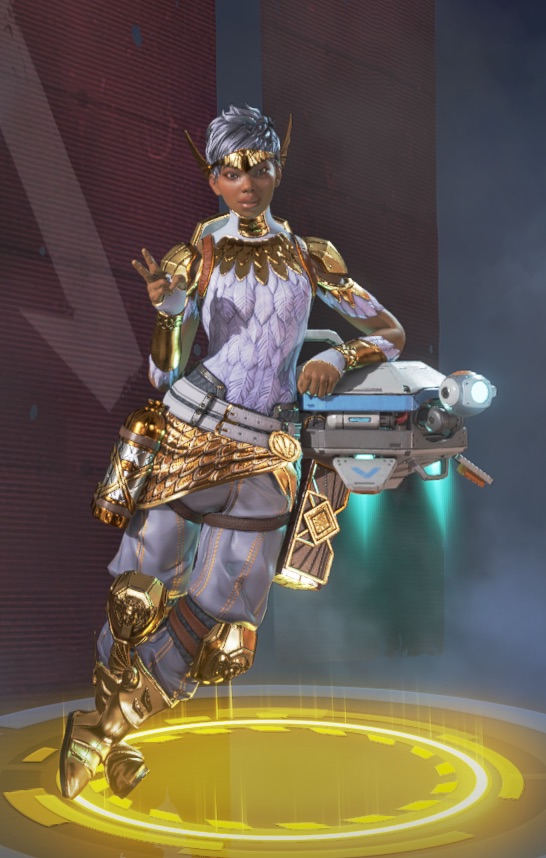 This might be the Rarest Lifeline skin. This is because it is actually tied to a physical purchase. Unlike all the others, you had to actually purchase something in a store to get this. It was packaged along with a box of the game, a tactic for encouraging people to buy a free digital game. This one is pretty rare because of this. While skins tied to physical copies of a free game aren’t ever appreciated, this isn’t quite as bad as the skin tied to a graphics card that Fortnite has.

I think Judge Jury Executioner is the rarest in the game.