How to Get More Hype Points in Fortnite Arena Mode

Epic took their time in adding a competitive mode to Fortnite, Apex Legends has already received one in only its second season. While we now have a metric to measure your skill against other players, it is flawed. The Arena mode in Fortnite is pretty far from perfect. There are ways to get more Hype quicker than just playing endless games. It doesn’t always reward skill.

At the moment, Arena mode is only used for deciding who gets to compete in in-game events. However, this is a big deal. These in-game events carry prize pools of millions of dollars and it could have given you the opportunity to join the pros in the Fortnite World Cup. Since the Arena mode is a necessary part of playing competitively, you need to know how to use it. The scoring isn’t great, but there are some strategies you can use to get more Hype points in Fortnite.

The important thing to keep in mind is that you’re going to be grinding points either way. Even the best Fortnite players had to play through plenty of games to reach the Champions League, so you have to as well. If you’re a skilled Fortnite player who excels at aiming, building and surviving then you clearly belong in the Champions League. However, it might take you a while. This is why you should use a strategy to raise your rank up and get more Hype points. Once you’re in that highest league, you can return to your normal play style. However, if you want to get up there quickly then you need to use a strategy to maximize the Hype you earn in the shortest period of time.

How Much Hype Do You Need? 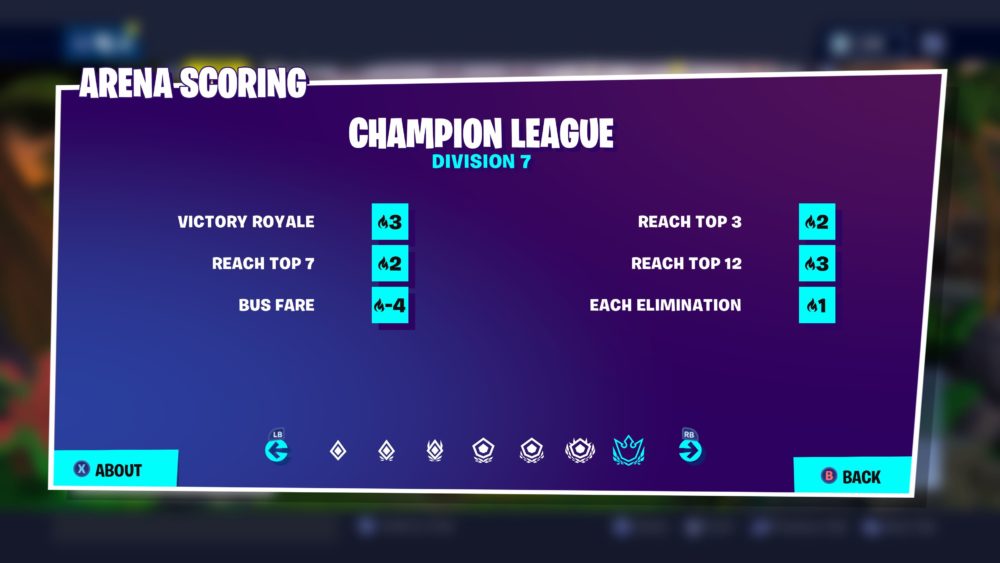 Before you can start grinding to reach the champions league, you need to know what you’re actually after. Scoring in Arena mode is uniform until you reach the highest league:

This scoring is universal across each division until you reach the top. However, there is bus fare. Once you begin to rise in ranks you have to pay some Hype points to actually enter a game. It varies based on your rank. Your bus fare is 3 for the first three divisions, divisions four and five each cost 1 Hype point, six will run you 2, and division seven costs 3 Hype points. This means you’re going to have to prioritise different strategies as you progress.

As you progress through the ranks, you need to gain different amounts to level up.

Each increment is of fifty until you reach the last division, which needs 75 Hype points to get you into the Champions League. So how do you grind up these leagues?

If you want to get the most Hype points as quickly as possible, you need to prioritize it over actually playing well. If you survive through to the top five spaces, you gain 7 Hype points and along with however many kills you get. This will probably work out at somewhere between 8 and 12. However, a typical Fortnite game will run down to the final 25 pretty quickly as long as the bus route is right. This means you’ll probably have gotten your first five of these points in the opening 4-6 minutes. The other 2 will take you another ten minutes and getting to the Victory Royale or last five takes twenty. If you want to prioritize Hype Points, you need to be aware of your limitations. The further into a game you are, the more likely you’re going to get eliminated.

When you’re progressing through the first 6 divisions, you will gain points quicker by aiming for the top 25 and a few eliminations. Taking out two or three players and getting to the top 25 will give you enough of a boost to make the match worthwhile. After that point, you won’t get as many Hype points for staying in that game as you would from launching into another and collecting those quick points again. This might not be the most satisfying way to play, but it is the quickest way to get more Hype points.

Where this strategy gets tricky, is that last division.

Getting to The Champions League 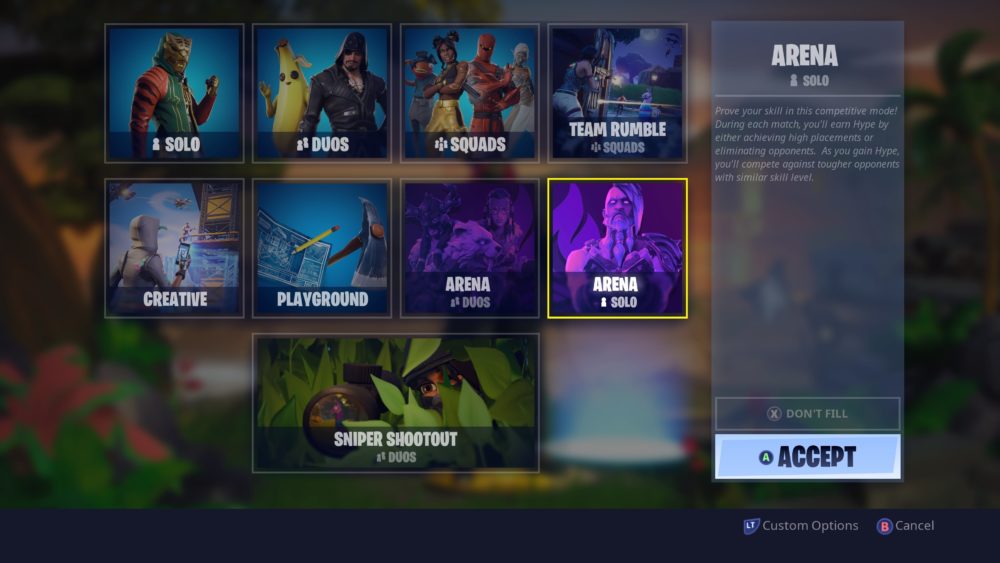 The final Division is a big step up. This is both for the quality of play and the cost of getting there. With 3 Hype points in bus fare, you will need to survive to the top 25 consistently to recoup your points. With this balance that previous strategy to grind quickly is no longer applicable.

You need to be prioritizing not losing any Hype in this league. Avoid confrontation until the numbers go down to 25. Unless you’re absolutely sure of your skills, you’re running the risk of losing three Hype points over a very simple early-game mistake. Wait until you’ve recouped your fare by making the first round of eliminations, then go for your extra points. Staying in the game until the top 15 won’t be too much harder. You can likely pick up an elimination or two. Playing this way should allow you to gain 2-4 points for most of your games. Even your bad games result in breaking even rather than losing points.

Division six is a crowded division since it gets hard to hang onto your points. By playing smart, you can ensure you gradually work up to the Champions League and minimize losing Hype points in bus fare. If you want to do well in these games, you also need to be running the best Fortnite settings and getting the best frames per second that you possibly can. If you can manage this, you stand a chance of competing in tournaments.