The PKM is the top of its class for LMGs in Call of Duty: Modern Warfare. It gives you more control over your shot and high stopping power compared with other weapons of its class. The LMG is a valuable part of the weapon diversity in any shooter. However, in Call of Duty they have some problems. The maps are not the best for an LMG and the gameplay balance doesn’t favor them too much. Of course, the benefit of Modern Warfare is the ridiculous amount of options available for your loadout. If you build the best PKM loadouts, you can make the LMG much more viable and quite useful in games.

Between Gunsmith, perks, and equipment choices you have a lot to consider when building a loadout. If you really want to be effective with this LMG, you need to be using the best PKM loadout. Every aspect of your loadout needs to be centered around your primary weapon.

Gunsmith can get confusing. With all of the options you have can do a lot of things and reinvent pretty much any weapon. Although, you can also weigh it down with mismatched attachments that ruin a good gun. With this choice, it is hard to build an effective loadout. These are the best PKM loadouts, including the right choice of Gunsmith attachments. It might take you a while to unlock everything that you need for these loadouts, but it will be worthwhile to use these.

LMGs have great stopping power and a really fast fire rate. What lets them down is recoil. Gunsmith is a perfect opportunity to fix this. The best PKM loadout takes the downsides of using an LMG such as a bad recoil and fixes it. With these attachments, your PKM should be able to rapidly target players. With greater accuracy, you’re going to be doing a lot more damage and getting more kills.

These work to keep your speed up and your recoil under control. This is important with an LMG which has quite a bit of drift. This gives you much better control. Your accuracy is going to be seriously improved compared with a standard LMG without sacrificing too much.

These perks should maximize your use of equipment in each game. While equipment isn’t vital, it is for an LMG player. With the right aim on such a hard-hitting gun, you should be able to use your equipment to disorientate and break enemy players apart before taking them out relatively easily. The best PKM loadout lets you play to an LMG’s offensive strengths. It also gives you more options when you play since equipment is helpful where an LMG is not.

Grenades work well with an LMG by giving you both something to launch before an attack and something to throw down if you panic. It isn’t the most reactive weapon, so this can buy you some time in a close-combat encounter.

The claymore has also been favored by some LMG players, so a lot of this is open to your personal preference.

Focus on offensive killstreaks. You’re not playing a support role with an LMG, so you should be able to rely on support players for things like enemy positioning and radar. 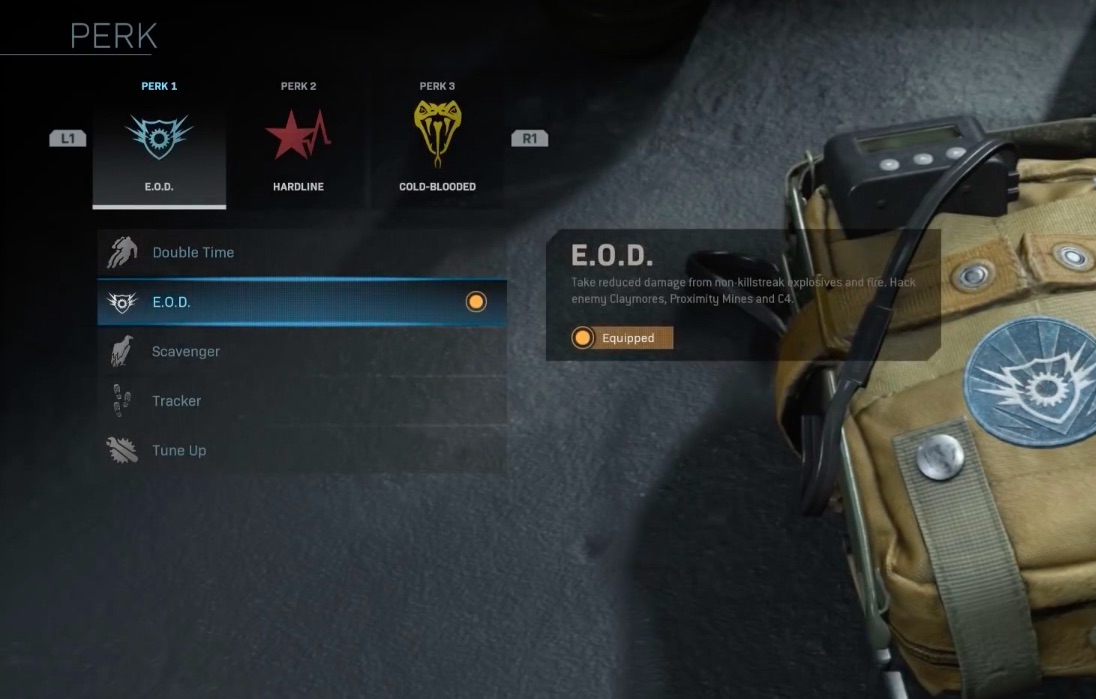 The Best PKM Loadouts for Mounting 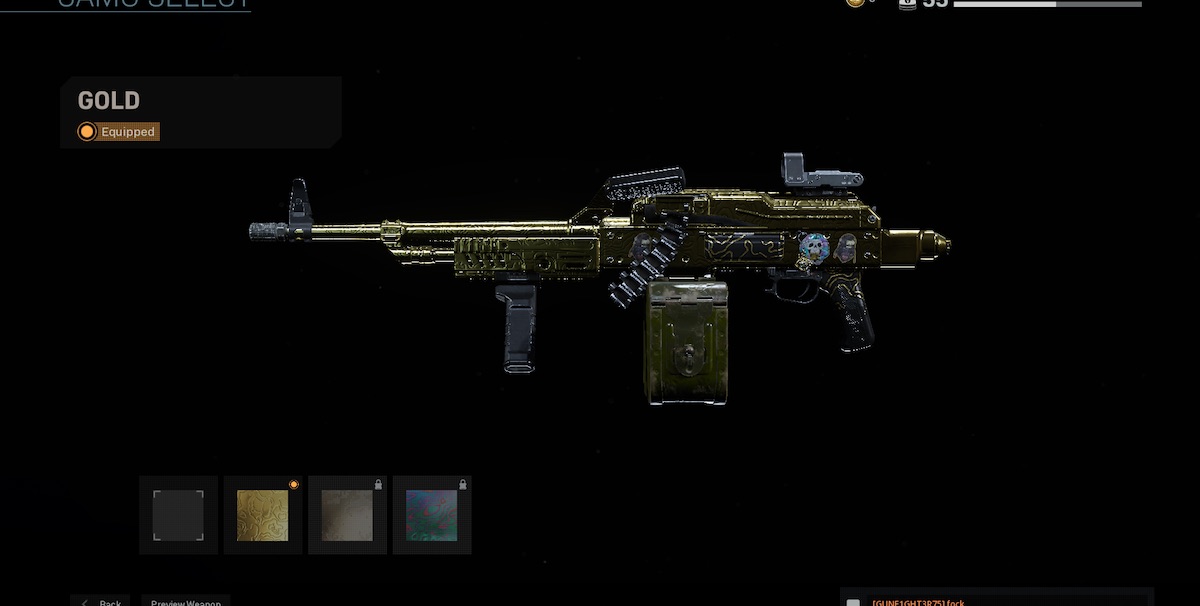 An LMG is a really useful tool when you’re mounting it. This playstyle doesn’t work so well on some maps and game modes. However, if you have an organized team and a lot of skill with an LMG it can be effective. This is the best PKM loadout for doing that. In the hands of a skilled player, it can work well.

This combination of attachments can help you with accuracy, speed, and control. These are the main barriers to being effective at mounting an LMG, so this Gunsmith build will help with that.

This combination of perks is quite different from the previous one of the best PKM loadouts. This batch is built to help you survive attacks. You can’t move particularly well if you’re aiming to mount things. This makes you a bit of a target for explosions and fire. These perks will give you a bit of extra defense when you’ve mounted your LMG. 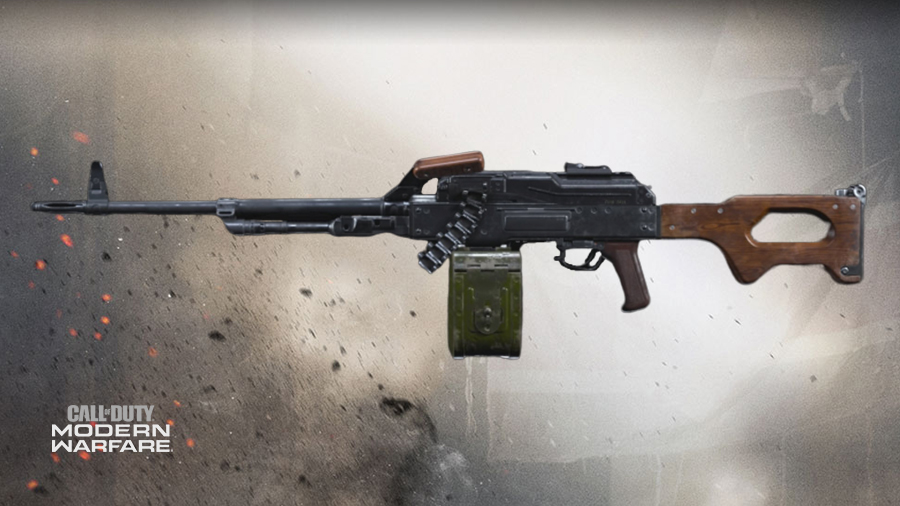 Thermite and Stun Grenades will be the most helpful when you’re mounting an LMG. You can throw them out to block out any players attempting to rush you that you can’t quite hit with your mounted weapon.

A mounted LMG can get you quite a few kills while things are going well, but you’re fairly easy to counter or avoid once you’ve got a batch of kills in. With this in mind, you’re going to want to shoot for the middle ground of the killstreaks. The cruise missile can be a good choice, but this will often depend on your game mode.

Which of the Best PKM Loadouts Should You Use?

Different loadouts are going to work for different types of players. The LMG is at its most effective when you can mount it, and then use it to take down quite a few of the enemy team. To do this though, you’ll need a strong team to support you. The mounting loadout is going to be best for players in the right situations to make the most out of traditional LMG gameplay. The most versatile loadout is going to be helpful for times when this gameplay style isn’t going to work.

Both of these PKM loadouts should help you get more out of the weapon. The Gunsmith attachments will work to make the LMG a more versatile and effective weapon compared with your basic build of the gun. The other aspects of the best PKM loadouts help you build an active defense against a common counter to an LMG player.  These loadouts are a great starting point for anyone using an LMG. The important thing is to tweak to your specific gameplay style. Not every user of the same weapon plays the game the same way, so changing things up can help you get exactly what you need.

Our other guides to the Best Call of Duty loadouts and everything else you need to know about the game can help you get an advantage over other players and make the most of the options available to you.