Call of Duty Black Ops Cold War has finally released after a long Beta period. We now have access to everything the game has to offer. This includes a lot of maps, multiplayer modes, and a lot of options for your loadout. This is one of the most important aspects to your performance in the game. You need to be running a decent loadout to have the equipment that you need to win. This starts with using the best Cold War weapons, and equipment, but you also need to think about your Wildcard. Wildcards are one of the most fun aspects of a loadout, they give you a special quality or ability to use. This guide covers all Black Ops Cold War Wildcards, and which are the best for you to use.

Widlcards are a really important part of your loadout. If you want to get off the ground running with Cold War, then this guide can help you decide which of the Black Ops Cold War Wildcards will best fit your loadout. Some of them largely replace Perks in past games like Modern Warfare, while some are pretty unique entirely. Each gives you a special ability that goes away beyond the utility of a perk or piece of equipment.

Now the game has been out a while, a more strategic view of loadouts and wildcards have emerged. Some types of loadout necessitate a particular choice of Cold War wildcards. Long range or overly specialist weapons have one in particular that is needed. For other loadouts, players just tend to default to one of the less-essential but still helpful Wildcards. This is what you need to know about each and which Cold War wildcard you should be using.

These are all of the Wildcards that are available in Black Ops Cold War, and which type of loadout you’re going to want to pair each with:

This Wildcard allows you to spawn with an extra lethal and tactical equipment use, and higher max ammo. This Wildcard works pretty well for fraggers and all-out aggressive players. Right from launching into the game, you’re going to have the capability to blow through enemies and do a lot of damage.

Those extra equipment charges at first launch are going to be the most important part. With these, you should be fragging forwards and using your starting ability to claim the middle ground or key point of a map as quickly as possible. To make the most out of this one of the Black Ops Cold War Wildcards, you need to be willing to put yourself in harm’s way and have your team follow up on initial fragging. The higher max ammo is also going to come in handy across your matches. Make sure you’re choosing the right Cold War equipment for this wildcard too.

This one goes well when paired with an SMG and perks that  make you more resistant to attacks from opponents like tactical Mask. This one of the Cold War wildcards isn’t essential to any type of loadout, but it can really improve those specific playstyles. If you’re playing in the right way for this card,  then you probably won’t have much need for any of the others.

Gunfighter allows you to attach 8 different attachments instead of 5. It’s important to keep in mind with this one that Black Ops doesn’t use an identical Gunsmith system to Modern Warfare, it has been altered a bit. In this context, more attachments can often mean a better weapon. It doesn’t necessarily just power things up, but when used correctly it has its merits.

This one is slightly strange but it does have potential. This is a wildcard that you shouldn’t use unless you have a specific weapon build in mind. You can likely use it to make some serious modifications to otherwise specialist weapons. Kind of like the brief shotgun sniper that was possible in Warzone thanks to a balancing error. It could make a mess if not thought out though.

This wildcard is going to be more destructive than helpful in the wrong hands. If you’re planning on using it, do your research and make sure that your accessory bag of a weapon is actually working in tandem to help rather than hindering you and how you play.

This Cold War Wildcard works best for players who are using multi-purpose weapons as their primary. Medium range weapons can be adapted here to be much more versatile and usable over different ranges and situations. If you chose gunfighter, you will ideally be primarily fighting with your weapon rather than switching around between a primary and a secondary. 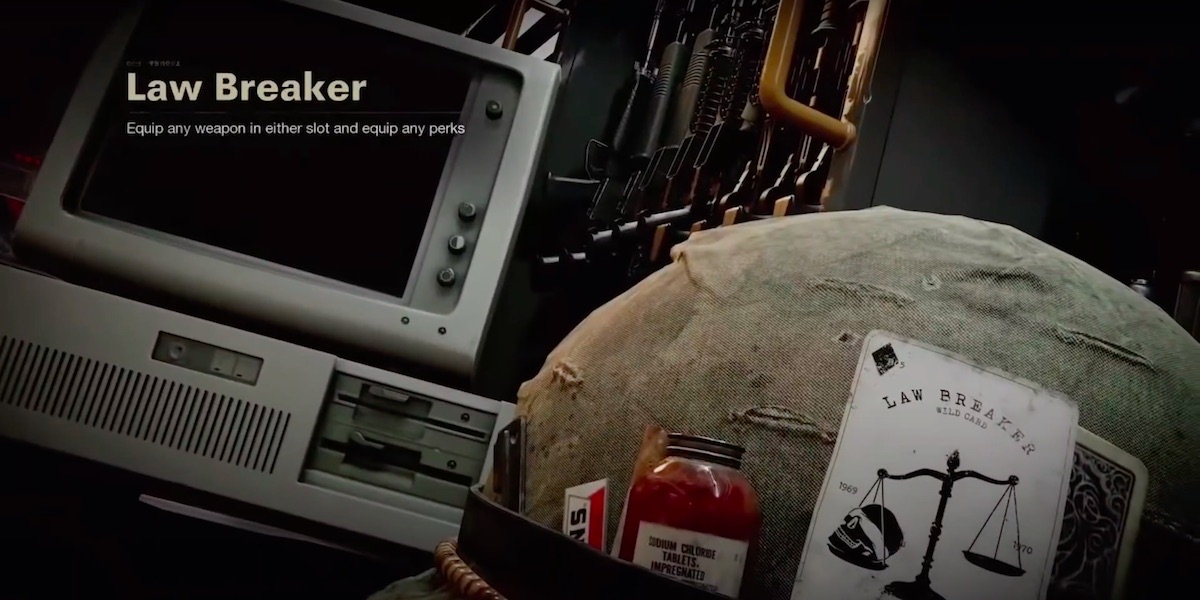 Law Breaker allows you to equip any weapon in any slot, you can also use any perks instead of being limited to one per tier. You should think of this one like Overkill in some other Call of Duty games, it lets you carry a specialist weapon without sacrificing a primary weapon slot. This is great for snipers or other players whose main skill isn’t always going to be needed.

This one of the Cold War Wildcards allows you to carry a standard assault rifle alongside something more circumstantial like an SMG or a sniper rifle. The perk element is also pretty good, allowing you to take whatever pick you want from the options. You may end up having a pretty even split among your perks still, just because of how the better ones are laid out. The doubled-up weapons are really the big bonus here though.

Having two primary weapons is going to be most useful for players whoa re taking a more specialist weapon into battle. It is mandatory for snipers really. It also have some benefits for players using medium range weapons with some gunsmith attachments that make them difficult, or SMGs that are not functioning at a medium range.

Essentially this is the default Cold War wildcard if you’re playing a less than perfect weapon, which is the vast majority of the weapons available in the game. You shouldn’t just default to this Wildcard though, as using the right weapon loadout can sometimes negate the need for Lawbreaker.

This is a pretty cool addition to the Call of Duty Black Ops Cold War Wildcards, it lets you take three extra perks, giving you two from each tier. With all of these perk effects stacked you can make some big differences to how the game plays. This particular Wildcard is going to be useful for just about every player.

If you’re playing in an all-out aggressive way, this selection can help make you immune to fragging while supercharging your own options. This is a great option for you to push other players and get some damage done.

In terms of who should be using this one of the Cold War wildcard, pretty much anyone who doesn’t need a different card can take this one. The extra perks gives you more of a bonus to any play style than you’ll find from picking another Wildcard at random. Those extra perks can help you stay alive longer, get more kills. This one is great when paired with a more multipurpose weapon like XM4 or AK-74u, since you won’t need an extra weapon or faster charges to fill out your loadout.

Which Wildcard Should You use?

Those are all of the Black Ops Cold War Wildcards that are currently in the game, and there are a lot of options there.. Some are pretty familiar to Call of Duty players, but others really open things up. Most have applications for a lot of different types of players. Largely though, only specific play styles should opt for Gunfighter and Danger Close. Law Breaker is tailor-made for snipers and other specialist players. Perk greed is one that most players can use and see a big improvement from though.

The other side to this coin is that your opposing team could be rocking an over the top attachment filled guns or running six different perks. This is definitely going to shake things up in multiplayer. Our other guides to Black Ops Cold War can help you figure out building the rest of your loadout to counter this: