Fortnite has recently extended the first season of Chapter 2, or Season 11, (this naming convention may get messy eventually) all the way to early January. So we have even more time to spend in the new map, with the limited supply of weapons, mastering the basics. This has meant even more challenges over the course of the Season. These challenges have players exploring the new map. However, things are a little harder to find since this map hasn’t been around for the amount of time as the last one. The EGO Outpost locations that players are currently tasked with finding would be fine if they were POIs. However, on this new fairly sparse map many are less than a cabin or two, making it a tricky challenge.
The over last few weeks the challenges given out have had players exploring the depths of Chapter 2’s Island. This has included the Slurp locations, and the usual loading screen locations puzzle. This EGO Outpost challenge poses something of a question though. Up until this point, the outposts had actually been a semi-decent landing spot. A few of them are in the middle of chains of very small POIS (houses, cabins, etc). This type is in short supply in the new map. As the challenges have pushed more players to find these small locations, they’ve become less solid landing spots.
When completing your challenges for the season, it is worth re-evaluating landing at the same big POI. Most players stick to them almost exclusively. However, this EGO Outpost location challenge should show you why there are great places to land on the map outside of Frenzy Farm.

The EGO Outpost locations are needed to complete the most recent set of challenges. They’re not marked on the map, and they’re tucked away from major landmarks. However, they can all be found pretty easily. If you don’t quite fancy combing through every inch of the island yourself, these are where you can find each location.

This one is located between Dirty Docks, Steamy Stacks, and Frenzy farm. In a spot nearly midway between this triangle, you’ll find your first EGO Outpost. This one makes a fairly good starting point since it is quite central. However, be wary of landing here consistency since your rotation will often lead you through a major POI from here.

This one is located North West of Lazy Lake. This EGO Outpost location is relatively hidden compared to the others. It features a good enough amount of loot and nearby features to make it a decent enough place to land.

This one is located west of Pleasant park. Walking from that POI towards the beach, you’re sure to see this concealed cabin. It is a nice place to land since few players go for the open sea area in the northwest of the map.

This EGO Outpost location is situated South-West of Misty Meadows. It is towards the bottom of the map, but with plenty of space below it to manoeuvre. It has a decent amount of loot but is a bit too remote to be a good landing spot with the decreased mobility in the game.

This EGO Outposts Location is situated below Holly Hedges, and slightly to the West. This one is far enough from the centre to be too bustling, but close enough to give you a good starting point for most storms. It is, however, one of the larger outposts. You need to keep in mind if you’re banking on beginning most games here. 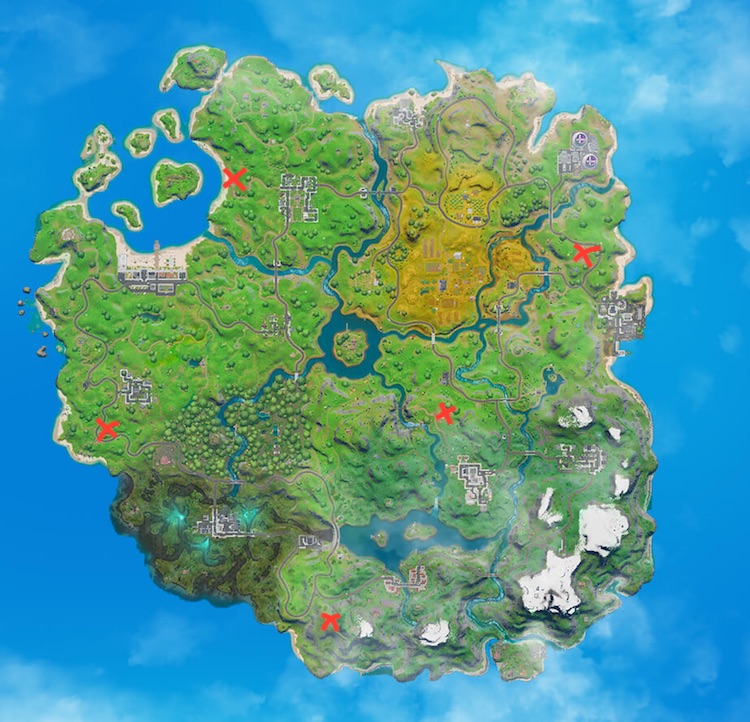 Should You Land at an EGO Outposts Location?

The EGO Outposts locations are really well situated. They’re spread around the map, but each provides a nice landing spot for Solo players that isn’t going to be filled with too many players. However, since they’ve been the focal point of a challenge it is unlikely to stay this way. These spots are going to be busier as players try to get those challenges completed. If you want to keep landing there, you should prepare for an early firefight or two.
If you’re still getting to grips with Fortnite Chapter 2, our guides to its core mechanics, fishing, weapons, and map, can help you get on your feet. You should also make sure you’re still running the best Fortnite settings and getting the best frames per second if you want to stay on the top of your game in the new season.