The next season of Fortnite is drawing near, and Epic has started making some cryptic reveals and teases. Following some leaks about the upcoming season’s themes, we’ve gotten even more information about what is coming next this week. Recent Fortnite Chapter 2 Season 2 teasers have started to emerge, both in the game and most shockingly of all; in real life.
These teasers back up what players have speculated is coming next based on various leaks so far. It looks like gold is going to play a big role in the new season. However, the teasers are just a little stranger. They point towards something wider going on in the new season, with a considerably bigger marketing campaign to get players excited for it. Cryptic messages are being advertised which lead players to phone numbers and recorded messages. In-game, there have been a few changes made that are starting to show where the game is headed. When taken together these Fortnite Chapter 2 Season 2 might be pointing us towards some hints about what’s coming next.
The hints vary from items appearing in-game to various bits of marketing outside of the title. What is particularly interesting is the scope of the campaign. Fortnite’s Chapter 2 Season 2 teasers have been spread out pretty much around the entire world. To get to the bottom of all of these hints, Epic seems to want players compiling their findings and working together.

The first and weirdest of the Fortnite Chapter 2 Season 2 teasers have come from areas players have scouted out in real life. Players have begun to notice some strange adverts popping up. These all feature a golden handprint. At first glance, these ads could be related to just about anything. However, Epic has updated the Fortnite social media presence to feature the exact same handprint. This is a good sign that players’ theories about gold were true, but also that these ads are related to the game.
Each of the adverts gives players a phone number. Once you dial the phone number, you find a pre-recorded message. Taken alone, these audio messages don’t make the most sense. There even recorded in languages that match where the ad is running, so some collaborative work was needed to amass all of them.

Here are the current locations and phone numbers for #Fortnite Season 2 teasers. (via @FNLeaksAndInfo) pic.twitter.com/L3pol4bWrB

So far these phone numbers have been found in a number of different places, and their messages compiled.

Last week files in the game’s code were found that would enable things to start turning to gold. Along with leaked skins, players figured this would be a big part of next season. It seems those materials are already in the game though. Visiting Fortnite’s Eye Land has some of its furniture in the very center of it is now rendered in gold. This effect could be spreading across the island following the start of the new season. 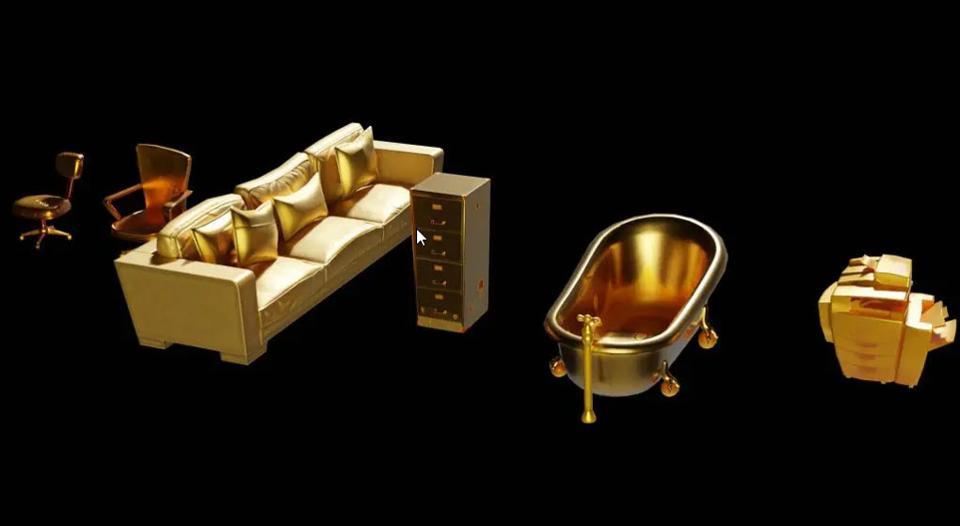 All of these leaks are definitely a more interesting way of hyping up a new season compared with shutting off the game and showing a black hole in its place. The new season begins on Thursday, so we’re likely to have answers to what these Fortnite Chapter 2 Season2 teasers mean by then.