Fortnite’s creative mode has lead content creators to make some really inventive things. This has included escape rooms, challenges, and any type of game you could imagine. However, it also has some more practical uses. If you’re the deadly serious type who is only interested in winning more Fortnite matches, then there are still plenty of creative maps for you. These maps have been specifically designed to practise one type of combat in Fortnite. These are a selection of maps that help you practise sniping.

It can be difficult to practice sniping in regular Fortnite. There isn’t much space for it. Conventional advice is that playing against real humans in the Battle Royale mode is the best practice However, the creative mode has changed that. These maps will help you master the basics of sniping. They include ways to snipe in different scenarios, allowing you to polish your skills before heading out into the Battle Bus. This can really save you some time when you’re trying to get better at sniping. Typically, you’d have to waste time finding a sniper rifle and waiting for a target. With these maps you can perfect your skills without having to wait this long, making it much easier to learn how to snipe in Fortnite.

This map sets you on a static platform facing a mountaintop. Around the mountain top are a massive amount of red blocks. These are your sniper targets! Taking up a sniper rifle, you can position yourself on the platform and work at hitting each block. There are enough of them here that it doesn’t matter if it takes you a while to practice. Without having to fuss with reloading the page, you’re able to practice sniping. You can start off slow and deliberate, but if you really want to get better you have to start applying some speed. Practice moving straight onto a block and firing rather than carefully lining up your shot. This will help you increase your sniping speed as well as accuracy.

There are even some blocks hiding in forts. The forts are arranged to match how a player typically builds, but they aren’t too complicated. This gives you some experience in taking out forts as well to reach players inside of them.

This creative course is useful for players who need to practice sniping but don’t have much experience. However, it is a bit basic since the targets are all static. If you want more of a challenge, you need to progress onto something more advanced.

This Fortnite Sniping map takes things even further. Practicing against static blocks will help you master the basics, but you have to progress to get better. This map will allow you to practice sniping against moving bots.

It involves moving bots in a variety of positions and locations. It should give you enough opportunities to practice hitting moving targets. This is going to be helpful in game since it is rare for a player to stand perfectly still while you line up your shot. Moving bots aren’t exactly like real life players, but this will let you take your sniping to the next level.

Once you’ve progressed through these two stages, you should be quite skilled at sniping. However, if you really want to make a jump to that pro level of sniping, you need to go up against human players.

While practicing against bots or blocks can definitely help you master the fundamentals, it isn’t everything. Practicing exact sniping in Fortnite is never going to be perfect against bots since humans are not rational actors. People don’t behave as rationally or predictably as we’d like. When you think you’ve mastered sniping, it is time to put it to the test against actual opponents. There are plenty of maps and even some limited time modes that limit you to just sniping, but you’ll also be under fire from snipers. Instead, you need a map that gives you human players to snipe against, without the burden of having to avoid them too.

This map is great for this. It separates players into two teams. One runs their way through an obstacle course and the other looks on with Sniper Riles. When you’re sniping in this map, you will have victims in a limited space to practice against. This lets you work on the mechanics of sniping without having to actually put up with them fighting back. After training with this course you should be ready to head back into the Battle Royale mode.

Something Fun to Practice Sniping 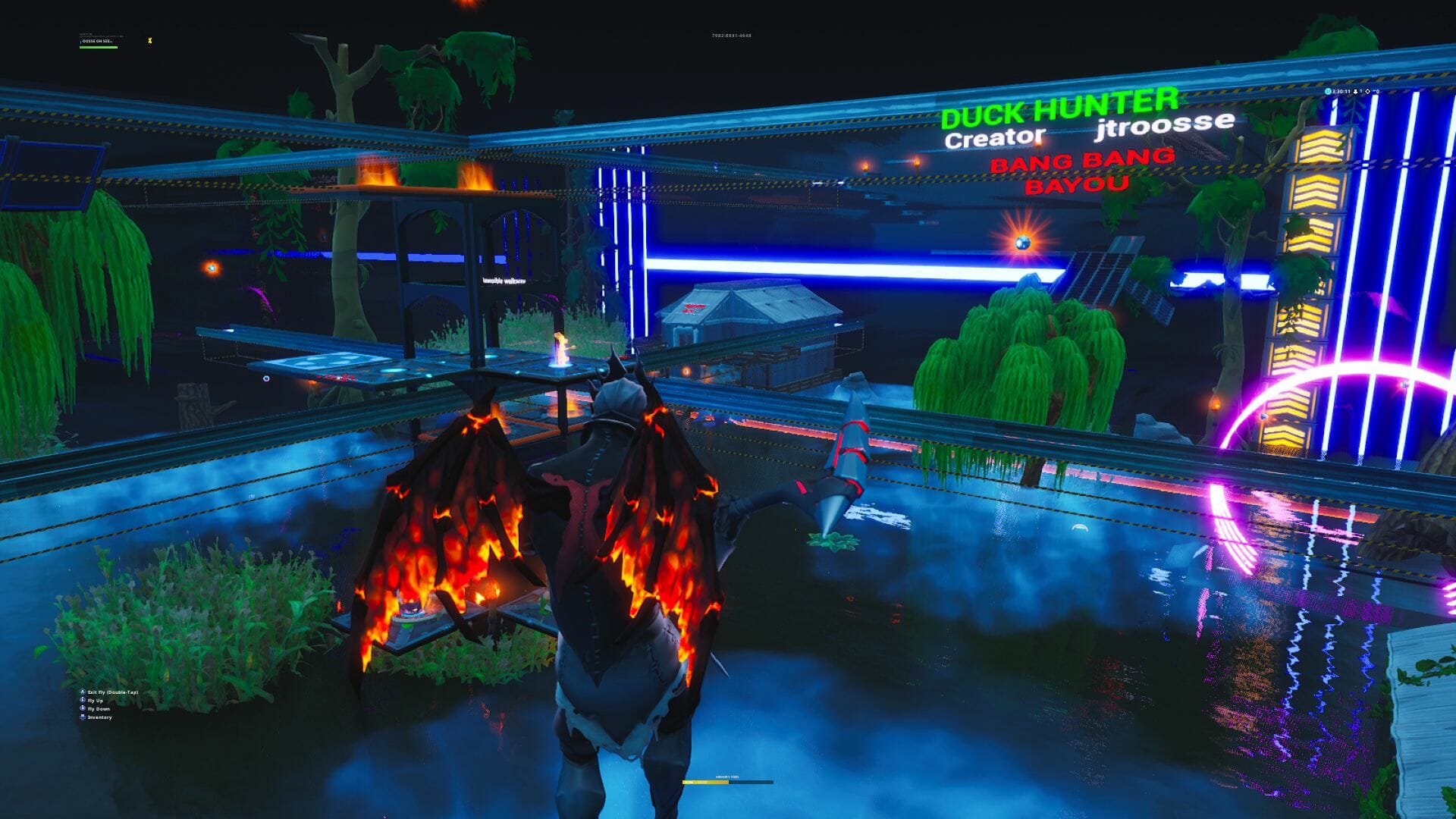 Practicing isn’t the most fun in the world. If you want to improve at Fortnite but don’t want it to seem like work, this one might help you a bit. This is a Duck Hunt themed map that lets you practice sniping all while re-living the NES classic.

Playing through these maps should allow you to practice every element of sniping. There are maps to practice technical skill against bots, more advanced skill against moving bots, and even against living players. With even time clocked up in these, you should have developed as a sniper enough to be an effective player in the normal Battle Royale mode.