Chapter of Fortnite has been a patch notes-free experience. While this wasn’t too much of a problem at first when the changes were evident, now Epic has begun making adjustments it is becoming a strange oversight. Players booting up Fortnite after Oct 9 may notice a few differences as they pick up their favorite weapons. Epic has silently reworked a few of them, giving them some pretty big changes. Alongside this is the launch of the first new weapon to come to Fortnite since Chapter 2 launched. The Harpoon Gun is the latest addition and it brings back some missed mobility to games.
With Epic not providing Patch Notes anymore players have to figure out these changes for themselves. Dataminers can find changes, but usually not until players notice something is a little off. This way of doing things isn’t ideal. If you want to keep playing Fortnite at your best then you need to know how stat changes have happened. These patch notes go over each individual change, so you can stay aware of what is happening even if Epic is keeping the patch notes to themselves.

The Harpoon Gun update has brought some changes to the SMG in Fortnite Chapter 2. This weapon is part of a small set available to players and provides something unique now that most similar guns have been vaulted. Unfortunately, a lot of its power has been taken away in this patch.
The Reload time on an SMG has been increased from 1.80 to 2.42 in Common rarity, and from 1.75 to 2.31 in Uncommon. This is an increase of over a third in the time it takes to reload. This means the SMG might not be too viable for medium-range fights anymore since you’re at more of a disadvantage reloading. The Rare variety reload time has remained the same, and the Epic variety has been reduced from 2.09 to 1.80. The Legendary variety is also down, from 1.98 to 1.75.
The takeaway from these changes is that the SMG is much more valuable in higher rarities now. While this was always the case, it is now more important than ever to upgrade your equipment.

The Bolt Action Sniper rifle has also been altered in the recent Harpoon Gun patch. The only Sniper in the game has had its reload time adjusted. This is a huge change for a weapon that has always balanced power with a long reload time.
The Common rarity of Bolt-Action Sniper’s reload time is increased from 2.35 to 3.35 and Uncommon has changed from 2.50 to 3.15. However, the Rare has stayed the same. The lower tiers have had massive increases that are really going to damage their viability. The Epic version has had its time reduced from 2.85 to 2.50, and the Legendary has gone from 2.70 to 2.35.
These changes aren’t all that small. Increasing the reload time of lower-tier Snipers and decreasing high-tiers will actually have a pretty big impact on the balance of the game. 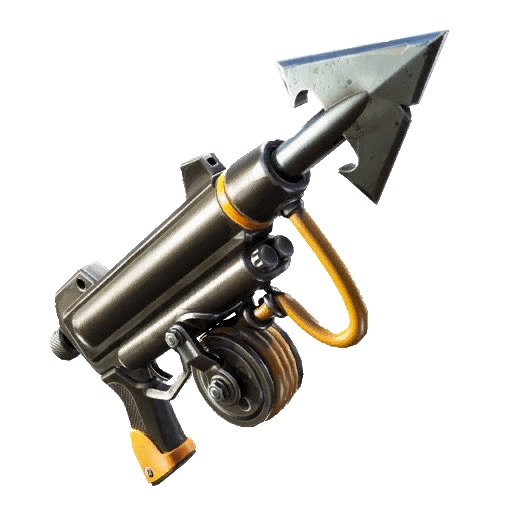 The main addition to this update is the Harpoon Gun. This weapon is quite different. It is an interesting addition to the roster of weapons available in the game. This is how it works:

The Harpoon Gun is a fun addition. While it looks to be balanced well enough compared with the wacky additions of previous Seasons, it is something different. However, the lack of patch notes for updates like this outside of the ad for Fortnightmares is becoming something of a problem. These stealth changes to reload times have completely altered the way players have to prioritize upgrading weapons. Snipers can no longer use a lower tier weapon as easily in the early game. Things like this could really do with official patch notes to explain the changes.