Fortnite – How to Get Battle Breakers Skin for Free

Fortnite has a lot of different skins available. The variety of looks in the game is something that a lot of players really enjoy. Many want the rarest outfits or pickaxes that they can possibly get. These often end up being the skins and items that are distributed as part of promotions. Those available in the store can be picked up by anyone, but going out of your way to get a skin outside of the game usually rewards you with something pretty rare. The new Battle Breakers skin is available to Fortnite players, but you have to go through some specific steps.
In the past, exclusive skins have become really rare. They’re tied to a limited-time event, and they aren’t very well publicized unless you specifically look for them. This means relatively few players tend to end up with the skins that are exclusive. If you’re after rarer skins in Fortnite, this one is easily available and is likely to become pretty rare in the future.
The Battle Breakers skin is a new and unique look, but it is one that is going to be completely available for free. Of course, skins are rarely entirely free. While you won’t have to buy anything, you do need to do some things if you want to pick up this skin. This is how you can get the Battle Breakers Skin completely free if you’re willing to put a little work in.

What is Battle Breakers? 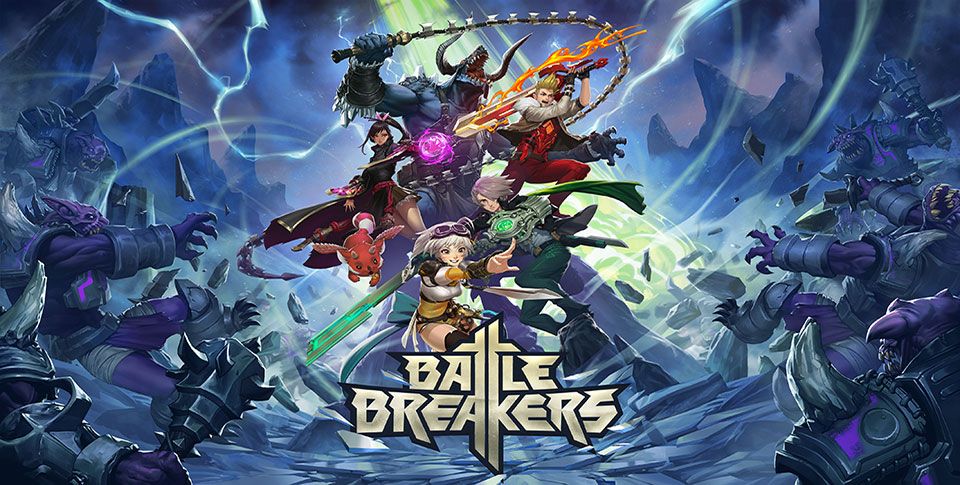 Epic is now best known for Fortnite. However, they do other things. The latest is Battle Breakers. This is Epic’s newest game, while it isn’t going to be as big as Fortnite they’re doing all they can to promote it. That includes involving their juggernaut in proceedings and giving out free skins.
Battle Breakers is a brand new game from Epic. Like Fortnite, it is entirely free to play. This means you won’t have to spend any more to get that Fortnite exclusive skin. It is an RPG game that has you assemble a team and progress through levels and boss fights. This game is mobile-only too. This makes it a small-scale and fairly easy ride. It isn’t too stressful to complete.

How to Get The Battle Breakers Skin

If you want to get the exclusive Razor skin from Battle Breakers, you’ll have to play through the mobile game for a while. Grind your way up to Level 20, and you will unlock the free skin! This is pretty easy to do since it’s a mobile game that you can tap away while doing other things. All you have to do is make sure that you’re running the game in the same Epic account as you use for Fortnite.
The main problem is that, at the moment, the skin is only for Save the World players. Once you receive it, you can use it straight away in that side of Fortnite. However, it might be coming to Battle Royale sooner rather than later.

Dataminers have found evidence for the Razor Battle Breakers skin to be coming to the Battle Royale mode alongside some other tie in skins from the game. This should mean that getting this skin should give you it in Battle Royale when it makes its way over. Otherwise, this is a great way to get a free Fortnite skin just for playing another game.
Fortnite Chapter 2 has been extended all the way to February. Irrelevant of which skin you use, you should be getting the most out of Chapter 2. Our guides to the game and its new mechanics can help you play your best.

I want it for free