Fortnite Season 11 is getting closer and closer. After a fairly controversial 10thSeason, fans are looking forward to seeing what the game will have in store for them next time around. There have been a number of Fortnite Season 11 leaks that give us some hints about the direction the game is going in. Then there are some things that most players have already deduced. With so little time left before the end of Season 10, it is a great time to find out about everything coming up in Fortnite. Season 11 leaks are showing off some of the biggest to come to Fortnite.

Fortnite Season 10 was originally scheduled to end on October 6th. However, this date has been pushed back to October 13th. This has extended the Season a little longer than it would normally run. Since new content is a bit sparse at the moment, this probably wasn’t for Season 10’s sake. Fortnite Season 10 appears to be as good as over. The extension is likely to be to finish Fortnite Season 11’s initial batch of updates. Fortnite Season 11 leaks indicate that this season is going to be a big change, so it is understandable that more time is needed.

Fortnite seasons tend to end with a pretty big world-ending event. Last season had a robot and a giant mech fighting each other. As cool as this was, it did lead to the unpopular B.R.U.T.E mechs that have derailed the previous Season. This might mean that the next Season-ending event is going to give us some more clues for the next Season of Fortnite. This time around, it is titled quite simply ‘The End’. 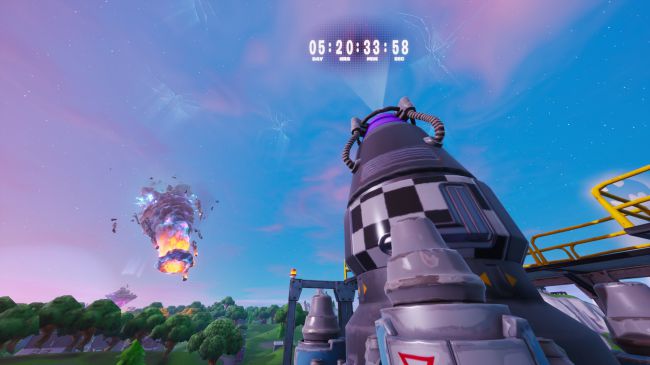 A countdown timer for the event has appeared in-game. It is currently displayed just above Dusty Depot. Although this is an area that was only added back into the game in Season 10, it’s going to play a big role. While this is a big season-ending event, the details of it involve the visitor. this is a character from the early Seasons of Fortnite. However, even long-time players may not remember the details of Fortnite’s lore. The rocket has finalized construction and it looks set to launch along with Season 11. The countdown timer is ticking its way over to October 13th, at 2 PM ET (That’s 11 AM PT, 7 PM CET, 7 PM GMT, and 5 AM in ACT).

We haven’t quite seen as much of a hint as we did with Season 10’s robot being constructed. However, thanks to some Fortnite Season 11 leaks we know a bit more about what is planned from the season event.

These are some of the leaks we’ve seen so far of Fortnite Season 11. Let’s take a look.

One major leak that dataminers have found for The End event is the use of a fixed zone camera. It can be determined from this fixed view that players will be teleported to an area away from the island at some point during the event. A view of the entire island standing away from the players definitely indicates some truth behind the new map rumors.

The event will again have a fixed zone! This time the zone will be between Dusty & Loot Lake!

At some point of the event all players will be teleported to the point shown on the screenshot, so we won't be on the island for the whole event!

We’ve also seen a number of POIs names. These have been found in the game’s data. While this isn’t a sure thing, it is a promising sign. These are likely to be new locations in Fortnite Season 11. Leaks like this are giving us a better idea of how the season is going to progress. 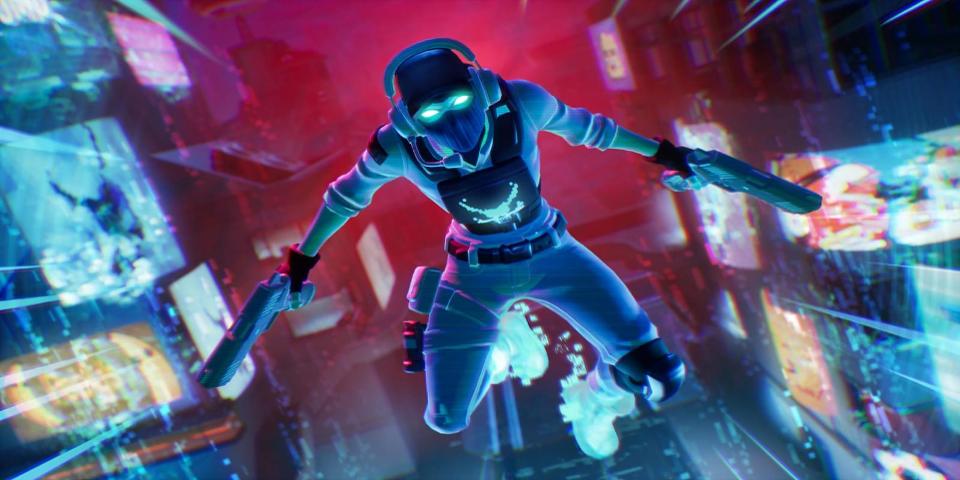 Some skin names have been found inside Fortnite that are likely to be included in Season 11. This is what has been found so far:

Fortnite Season 11 leaks give us a few clues as to where the series will be heading after next week. It has never been a better time to get into Fortnite then the start of a new season with a fresh Battle Pass to discover. After some changes were made in the previous Season of Fortnite, you might want to refresh yourself on the Best Fortnite settings to use and how to get the best frames per second in the game.