One of the things Fortnite fans like to keep track of is the skins. Skins are only cosmetic, but for Fortnite they are pretty important. Most players try to get rare skins, to show off their lesser-seen characters in-game. While skins come and go from the item shop all the time, only a select few really become all that rare or desirable. At the moment, it looks like Fortnite will be getting a few new rare skins. At least the current batch of Fortnite Season 12 skins leaks seem to indicate this.
The original Samsung Galaxy skin has become one of the rarest in Fortnite and something of an impressive status symbol in the game. This was due to the bizarre methods of unlocking it. Most players have written off the idea of ever having access to this type of skin. However, this may be premature. Current leaks from the game seem to indicate that a new Galaxy skin could be making its way to the game soon.
The Fortnite Season 12 skin leaks are also coinciding with Epic launching the Fortnite Icons skins. These are in-game skins made for popular content creators that will definitely end up being the rarer items given their limited release, strange origin, and niche audience. It is unlikely that Epic will go to the trouble of re-organizing skins based on real-world people, so these skins are pretty exclusive. All of this is making the upcoming skins in Fortnite seem like a pretty attractive option. 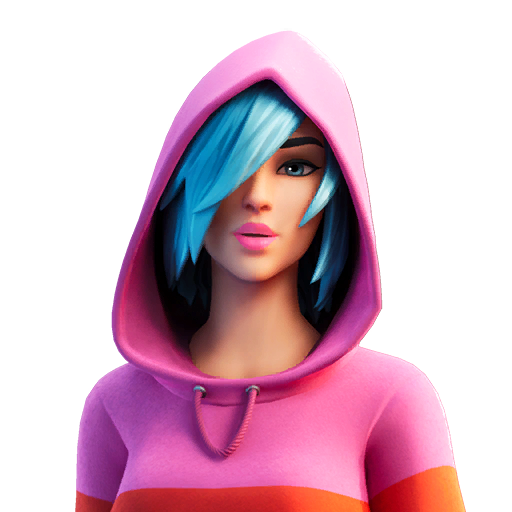 With new updates to the game, come new opportunities to datamine. Typically, skins will show up in the game’s code before their proper release, which gives fans a sneak peek at what is coming to the game. The Fortnite Season 12 skins leaks are our first glimpse at the next batch of content for Fortnite. Players weren’t disappointed when they found evidence of a new Samsung skin to follow up on the previous and rare Galaxy.
This skin is called Iris. If this one found in the Fortnite Season 12 skins leaks is anything like previous Samsung crossover skins, it will be pretty difficult to actually get your hands on. Typically, these skins can only be found by purchasing a phone or other piece of branded hardware from Samsung during the promotional period. Yeah, to get a skin you have to spend quite a lot of money on electronics. Because of this high barrier to entry, these skins are some of the rarest.
The leak didn’t go unnoticed by Samsung. The company claimed on Twitter that they didn’t know about the skin. However, they said that people should watch their Galaxy Unpacked live event on Feb 11 to learn about a new skin. This is a pretty clear indication that this new Fortnite skin coming from Samsung. It is likely going to be bundled with whatever piece of Samsung hardware is shown off at that live stream. If you’re in the market for a new phone anytime soon, it might be worthwhile holding off until you’ve seen what this skin has to offer.

The Fortnite Icons series are skins of popular content creators that Epic has been distributing since the last update. Now that players have had some time to use it though, they’ve noticed something different about the Ninja skin.
As you make eliminations, the skin’s headband grows. It becomes noticeable larger for every other player you takedown. This is a unique feature that other skins don’t share. This is quite a cool development. Although, it does make you more visible to enemies every time that you get a kill. Fans might be hoping that more Season 12 skins have cool features like this. It would make the skins something more than a cosmetic choice.
The next addition to this series has also been unveiled. This one is just an emote rather than a full skin. The streamer Pokimane has a custom emote coming out based on a Tik Tok video. The streamer might not be getting a full skin like Ninja, but this is further integration between Fortnite the game and Fortnite the thing that people watch.
Further Fortnite Season 12 skins leaks are to be expected over the few weeks left of Chapter 2 Season 1. Some of these have the potential to become the rarest skins in the games, so it is worthwhile looking out for them.