Fortnite’s latest update is bringing a slightly late Halloween event to the game. Chapter 2 has seen some big changes, but it appears events are still going to be continuing is a similar way as to the past. For the first time in Chapter 2, Fortnite V11.10 has some legitimate patch notes! Epic has been withholding them for Chapter 2 so far. That has lead to some interesting results and a lot of frustration. The bad news is that they don’t appear to be full patch notes.
With actual patch notes now available, players have more of a sense of how Fortnite V11.10 is going to change the way the game is played. This time around the update is largely focusing on events coming to the game. There hasn’t been a major expansion to the pared-down Fortnite Chapter 2 Weapons list, and the new map is still staying familiar for those who are still mastering it. These are all positives. While the constant changes of Season 10 were interesting, they more often than not lead to bad balancing. Fortnite Chapter 2 is taking a more measured approach, and it is helping the game stay stable.
These are all of the major changes in Fortnite V111.10.

Fortnitemares is the Halloween event that comes to Fortnite yearly. This time around it is going live a bit late, beginning on October 29th. 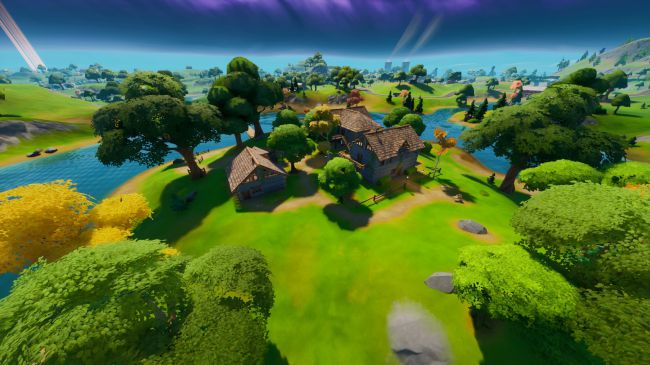 That is all of the new content and fixed bugs in the game that have been showed off by Epic. However, this isn’t necessarily the entire story. Epic might be promoting new items and events in their patch notes, but they still seem to be being a bit coy when it comes to explaining their actual changes. Players have found a few other alterations in V11.10 that epic has neglected to mention, these are:

These changes alter things up a bit in Fortnite Chapter 2. What is particularly interesting is the unannounced alteration to Eye Land. It is possible we may see some slight movement in the game’s map. While it would be silly to expect something on the scale of last Season, Epic might not be able to resist tampering with it.
To keep playing as well as you can during Fortnite V11.10 you should check out guides to getting the best performance out of your PC, the best settings for playing, and making the most of the new map.