Fortnite has finally seen the return of proper patch notes! Since the launch of Chapter 2, Epic has been content to let you discover changes on your own. While fine for the new map, and messing around with new mechanics, it’s not so great for stealth changes to weapons. This period of annoyance looks to be over though, as proper patch notes have made a sudden reappearance with the launch of the V11.20 patch. As well as these changes to the game, Chapter 2 Season 1 is being extended even further to accommodate more big events in the game.
The patch notes aren’t huge this time around. Epic has opted for small tweaks rather than massive additions. Even with their weapon changes, they aren’t providing the same level of detail as previously. However, they have been hiding plenty of their changes such as adjustments to Cosy Campfires. The return of patch notes gives players some notice of what has actually been altered in the game. V11.20 is the first time since Chapter 2 began that players can be comfortable they’re up to date with the latest Fortnite alterations.

These are all of the changes brought in with V11.20: 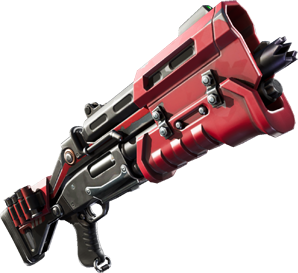 The Chapter 2 End Date has also been altered with V11.20. The season is now going to end in the first few weeks of February!
This kind of a huge extension. The season was due to end in mid-December. While some predicted it would be moved to stretch through the holidays, few thought those holidays would extend all the way to Valentines day.
Epic has promised that the extension has come for a reason. Fortnite is due to receive some more ‘Live events’ in the future. This can mean quite a few different things. It is likely referring to things in the model of the end of season events in-game. After the Black Hole incident provoked so much conversation about Fortnite, Epic may look to do more of this style of thing in the future. Hopefully, future events won’t lock players out of the game for days though.
In any case, an extension to Chapter 2’s first Season seems like good news. While some players may miss the constant updates, the stability has brought a deeper metagame to Fortnite. Players have had long enough with this set of weapons to really develop, and competitive play has never looked healthier. Our guides to Fortnite Chapter 2 can help if you want to make the most out of this extra-long Season!