Season 9 of Fortnite is already beginning to draw to a close. These seasons seem to get short every time, with the game staying so full of content it can be hard to keep up. Clues have started to appear in the game for the big end of season event. It seems that once again, it is going to revolve around the volcano. In the meantime, Fortnite has just launched into its latest crossover, Stranger Things.

The monsters that have been spotted around the map throughout the last season are likely going to be a big part of the event. This is becoming even more likely with the latest change to the map. A giant robot appears to be under construction, and it could mean big changes. While construction is going on though, you have 14 Days of Summer and the Fortnite Stranger Things crossover to keep yourself busy with. 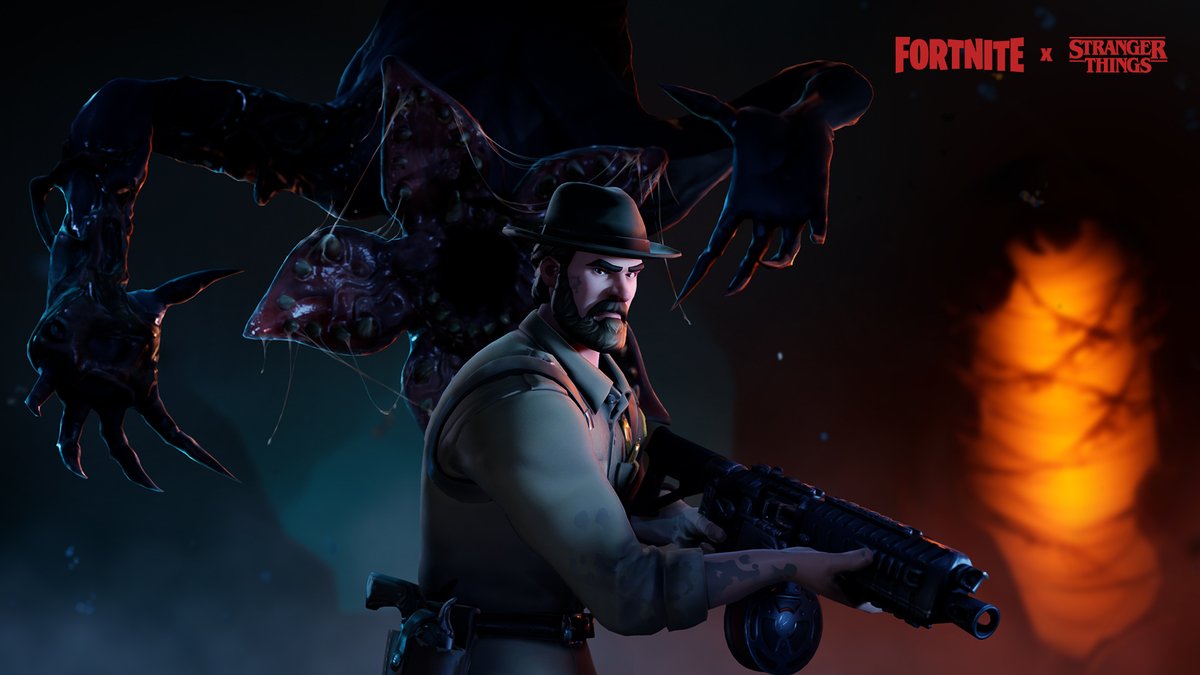 The Stranger Things crossover began with portals to the upside down appearing across the map. These portals are yet to yield any Mind Flayers or Demodogs, but they’ve been hard to miss. They currently allow players to move around the map and they’re found in the Mall. These portals should make getting around the mall even easier if you’re still landing in the Season 9 locations.

A Chief Hopper skin is available for 1,500 V-Bucks. This skin also comes with a Vines wrap weapon skin. There is also a Demogorgon outfit in the store. This one is a little more exciting than the Hopper skin, but if you want to role-play as an 80s cop in Fortnite now is your chance. Alternatively, you can throw out some emotes as a monster. These skins are limited time only so you need to buy them now if you want to keep them in Fortnite. 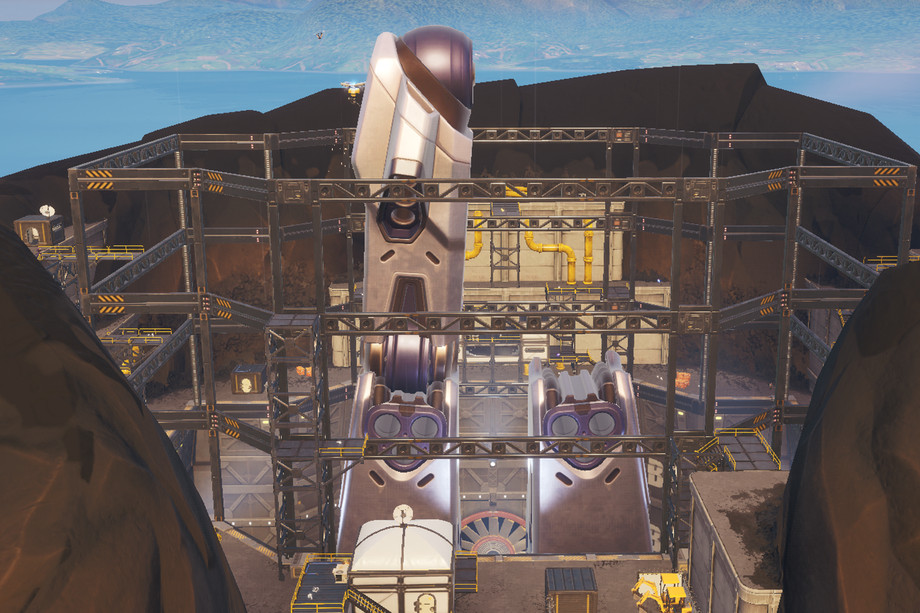 Fortnite might be in the middle of a couple of events but that hasn’t stopped the seeds for the next major event being planted. This all centers on that spot on the map which has become central to big game-changing events; the volcano. After being central to Season 8 and marking the move into Season 9, the Volcano has now become a building site. A giant robot is being built. Currently, there’s only a leg there, but this is likely to change in the future. As the robot is gradually being assembled, its role in the game will likely become clearer.

Given the height of the leg currently in the game, the final robot is going to be pretty big. If theories pan out then the robot’s purpose is to fight the giant monsters. A Godzilla like fight between giants is probably going to cause some major damage to the map. Season 9 brought new changes to Tilted Towers and Mega Mill. These futuristic features on the map might not be here to stay if these monsters begin attacking random buildings.

There are still a few weeks left in Fortnite Season 9. While the metagame is relatively stable, this is a great time for you to dive into Arena mode and try to rack up some points before the next round of in-game events.