Marshmello Event To Host a Concert at Pleasant Park?

UPDATE: check out the event!

Fortnite’s is set to host a one of a kind in-game live event, as per the latest rumours and leaks. The event is set to happen on the 2nd of Feb and a Marshmello concert is what everyone is expecting. Fortnite has already hosted multiple in-game live events, including the famous new year “disco ball” event and the recent “Ice King” event. Now Epic plans to introduce a live concert as an in-game event.

Meanwhile, changes to map are already live. The snow is beginning to melt from the”Wailing Woods” end of the map. 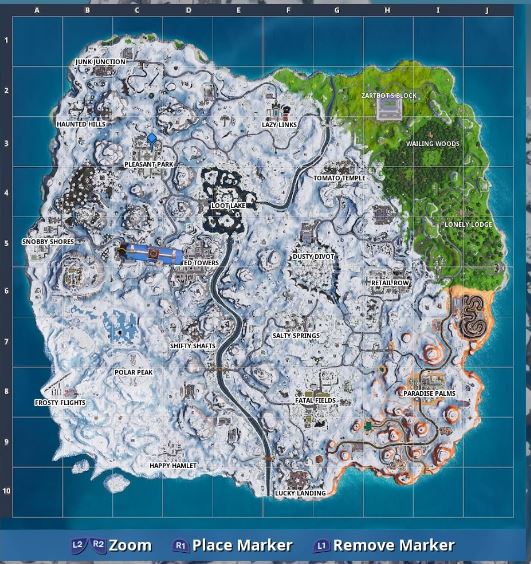 Below is a leaked image that shows a concert stage being erected. Again, the event is supposedly scheduled for the 2nd of Feb with USA being the hosting country. Other tweets are available confirming various renders of props to be used in for the event.

Marshmello won the Celebrity Pro-AM inaugural tournament with Ninja. Ever since then his, name pops up whenever Fortnite is talked about.

Live changes are happening all round the map, one of which includes a stage being setup for a concert in Pleasant Park. Trucks with various speaker equipment have been spawned at Pleasant Park and much more is going to be revealed in the coming two days.

What do we Know About the Event so far?

This tweet of the leaked poster and a few other leaked posts has given us the follwing info:

February 2nd is the scheduled date of the event and more surprises are set to appear soon on. Lets not forget, the last in-game event had the whole map covered in ice after the event took place.

A lot has been happening at Polar Peak and layers of ice have melted revealing parts of a huge castle. We might see major changes in that area of the map.

Seperate LTM to be announced for the Event

A new Limited Time Mode will be available on Feb 2nd which will allow players to respawn back into the game. This ensures that players don’t miss out on the event by being eliminated. In previous live events, players had to trust their opponents and ensure that no players shoots each other to make sure they get to see the event. Epic has still not officially announced any details of this event, but data miners are finding leaks on an hourly basis, since the releaseof update v7.30.

What do you guys think? Will you be attending?

WHy did the event happened at 2am EST because i was in bed and i didnt have a chance to see it or live it, when will there be another because i think that was unfair how epic did that because some kids has to be asleep by that time you know like they shouldnt have done that because probably a lot of kids missed that and its not fun how we cant have a private concert in playground ??

I’m sure they’ll have another concert sometime! Keep in mind they had to find a time that worked well worldwide. Couldn’t please everyone.

I’m sure they’ll have another concert sometime! Keep in mind they had to find a time that worked well worldwide. Couldn’t please everyone.