Karakin is the newest map to come to PUBG with Season 6. This map is by far the smallest featured in the game so far, but it also has a few other unique qualities. The size of the place is primarily what is going to dominate the way that you play. With only 2KM by 2KM to work with, players are pushed in close together making the majority of this map dangerous. The size is going to lead to more intense firefights, and make it harder than ever to hold down one specific spot rather than roaming around the map. Even choosing a spot to land is going to be made more difficult by the size of the map. This PUBG Karakin map guide covers the best places to land on the new map, so you can try and get off on the right foot.

As well as the map’s size, you need to be aware of the capacity for destruction on Karakin. This map has destructible walls, bullet penetration, and unique items like sticky bombs. These open up a whole range of new possibilities for players but it makes the action more intense than ever. You’re not going to be able to rely on the safety of a building to keep you locked in. This map is much more dynamic, so you need to be even more aware of your surroundings. Equally, blowing out walls with sticky bombs offer a great new way to ambush another player.

If you’re finding Karakin an intimidating addition to PUBG, you might need to adjust the way that you play. The destructible nature forces players to be always on the run. This makes it really important to know what is on the map, and which POIs make the best spots to hit. This is the densest area on the entire map, but in such a small space that isn’t too big of a boast. There are a lot of different buildings, many with quite high levels. There are also cattle fields that provide a more open area. These are a great spot to land if you’re looking to loot up quickly and get into the game. However, it is one of the more dangerous spots on Karakin since there is a lot to be gained here.

This is the second town on the PUBG Karakin map. It is a little smaller than Al Habar, but its main difference is less tall buildings. This increases the focus on mid-range fighting, and you should have a decent enough vantage point to take out players traveling around. However, the open-plan does limit your cover options. You should also be able to get a solid set of loot from landing, although not quite as good as you would get on Al Habar. 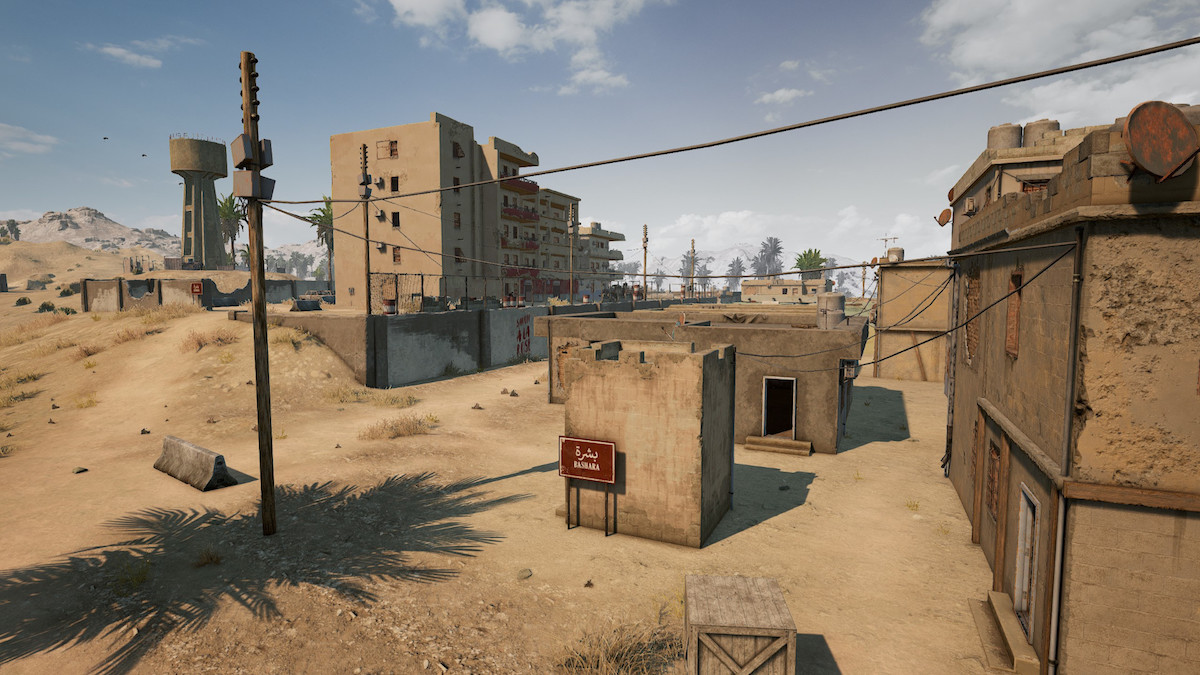 This is one of the smaller settlements on the map with only really two rows of buildings. With a properly organized squad, you could effectively try and lock down the entire strip. There is a decent warehouse in this area for looting. This does make it one of the better landing spots if you don’t want to run into too many players. While it is far from isolated, it is small enough to deter most players.

This area is centered around a fairly large apartment building. This place has some good loot, but it is really great for combat. You can use it as a tall vantage point for taking shots or stay inside for some close combat interior fighting. This is a great spot to land in the PUBG Karakin map, and a pretty good place to pass through if the circle goes this way.

This is a fairly stranger POI on the map. It is an old cargo ship full of containers. There is enough loot here to make it a pretty popular landing spot. Its fairly exposed corridors are great for mid-range fighting, but there is also a lot of cover. This is a great place to head to if you’re confident in your PVP abilities. 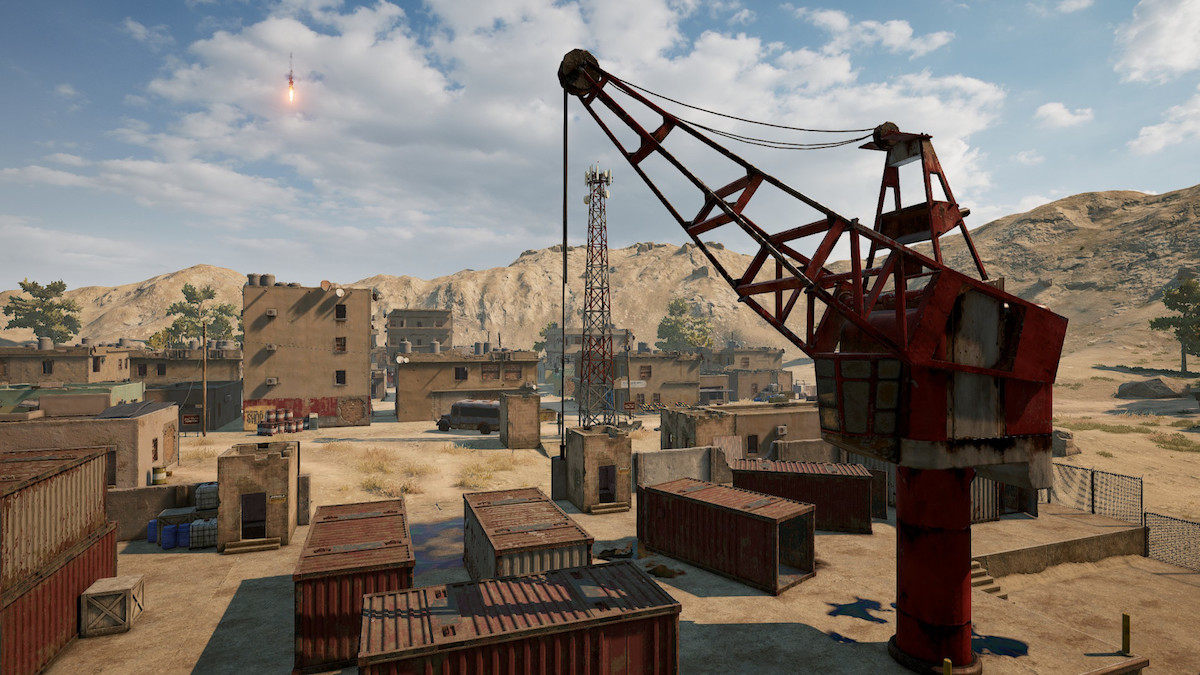 This is an interesting area that sits on the east coast of the map. While it isn’t the largest POI, there is great variety in its buildings. You have spots for snipers, interior spaces for close combat, and even plenty of cover for mid-range firefights. This is an area where you have to take a lot of care moving around between buildings. There is cover to use, but spots outside of it can be pretty dangerous. 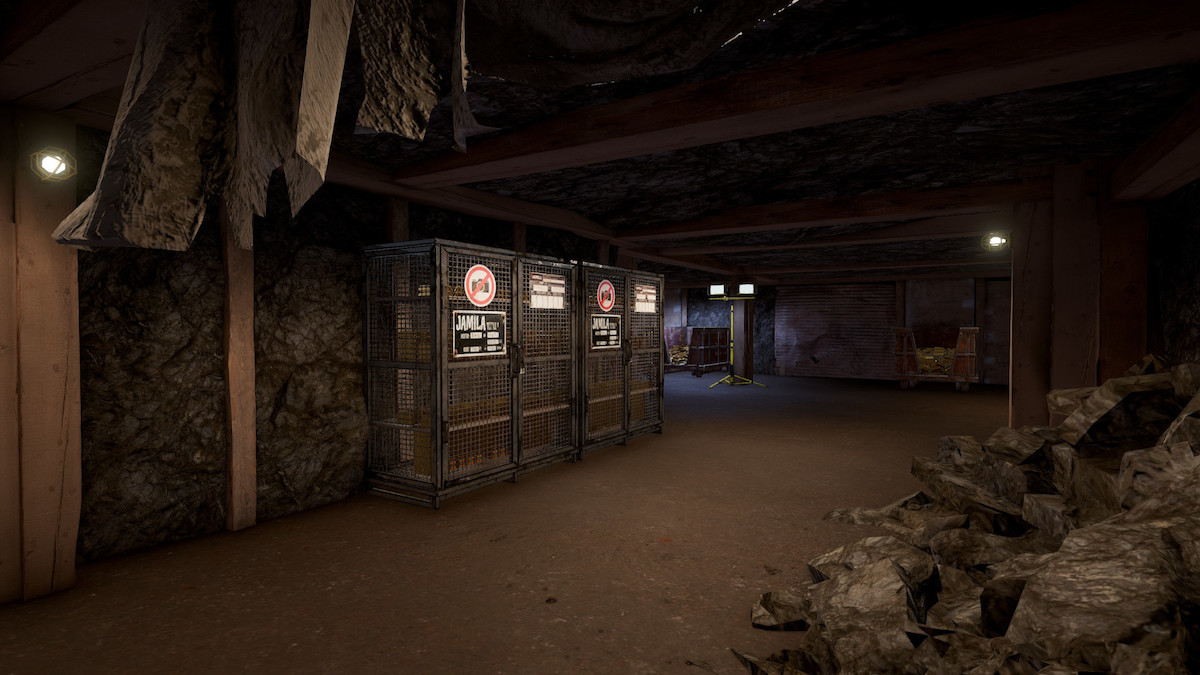 Beneath some of the areas in the PUBG Karakin map are tunnels. Much like those in Escape from Tarkov, these areas can be really important if you know how to use them. They need a sticky bomb to be used if you actually want to get them open. However, once down there you will need to know where you’re going, and be effective at close combat, otherwise, you’re wandering into your own grave. If you can manage this though, they are great for escaping from firefights, repositioning, and even ambushes.

Karakin is one of the most interesting maps in the game. However, for all of the destructible surfaces and tightly packed-in players, you’ve still got that core PUBG gameplay. Try to take advantage of the new features in this map rather than sticking to what you’ve always known. However, you also have to rely on the fundamentals, looting properly, and hitting your targets.

As well as landing in the right spot, using the best PUBG settings can be a great way to boost your performance. If you’re still trying to get to know the new PUBG map, checking out some streams might be a fun way to learn your way around Karakin.