UPDATE: Based on all the lovely feedback we’ve received in comments and emails we’ve gone ahead and created a new list of the rarest and best Fortnite Skins to date. Check out the Top 50 Rarest Fortnite Skins.

There are so many Fortnite skins that cycle in and out that practically no one owns all of them. With the cost of keeping your character’s looks up to date being so high, a lot of skins become pretty rare. These are the rarest skins in Fortnite, the skins you can wear if you want your player to really stand out from the crowd. 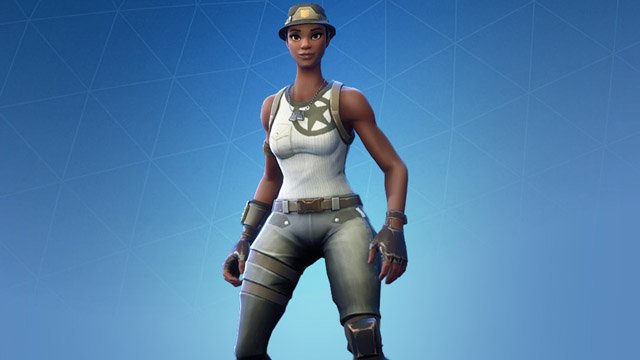 This plain unassuming outfit happens to be one of the rarest Fortnite skins, largely because of how old it is. It might look a little boring, but this is for the best since you don’t stand much of a chance of getting your hands on it. This skin was one of the first featured in the game, it was only available during Season 1.

The game wasn’t as popular back then so fewer players bought this skin. It’s rather boring appearance also meant it was frequently left sitting on the shelves in favour of the more eye-catching skins. This skin is lost to the ages unless Epic decide to re-release it, which is unlikely, making it one of the rarest skins in Fortnite 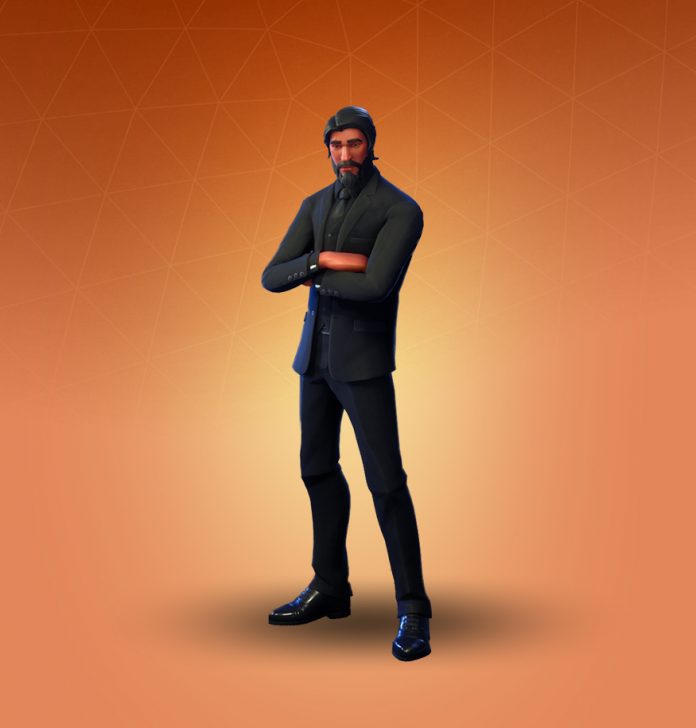 The Reaper skin is in a unique situation of being almost ubiquitous on promotional Fortnite materials but rarely seen in-game. This outfit became one of the rarest skins in Fortnite by its limited options for unlocking. Players could only earn this skin by making it through to Tier 100 of the Season 3 Battle Pass.

Season 3 was really pretty early for Fortnite, so fewer players were progressing it through the Battle Pass back then. Even those who did may not have had the dedication to finally earn the whole skin. By working your way up to Tier 100, you could be sure that you had really earnt this one. 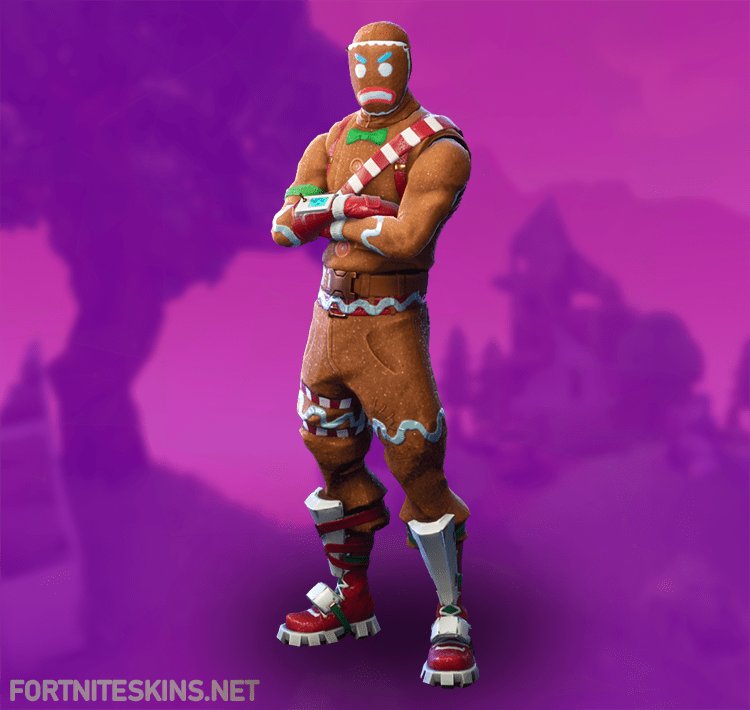 This one became one of the rarest Fortnite skins by being specifically themed towards the holiday season. This angry gingerbread man was only available in a store for a brief period over Christmas 2017. Such a limited window for obtaining the skin means fewer players bothered to pick him up, making this angry snack treat a real rarity when you’re roaming around the map. 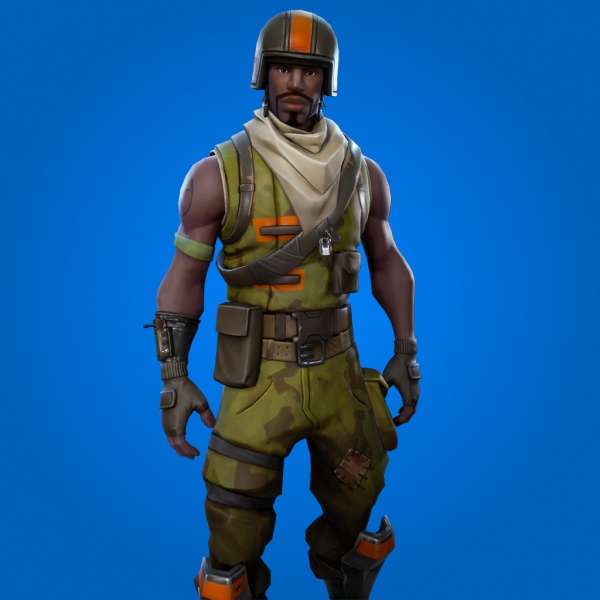 The Ariel Assualt trooper is another one that has probably only become one of the rarest skins in Fortnite because it looks so boring. This one is also from Season 1, proving that the original skins were not anywhere near as much fun. This outfit lacked the pull to get most players interested, probably since it is so similar to the default skin. This retro classic look of the rarest skins in Fortnite. 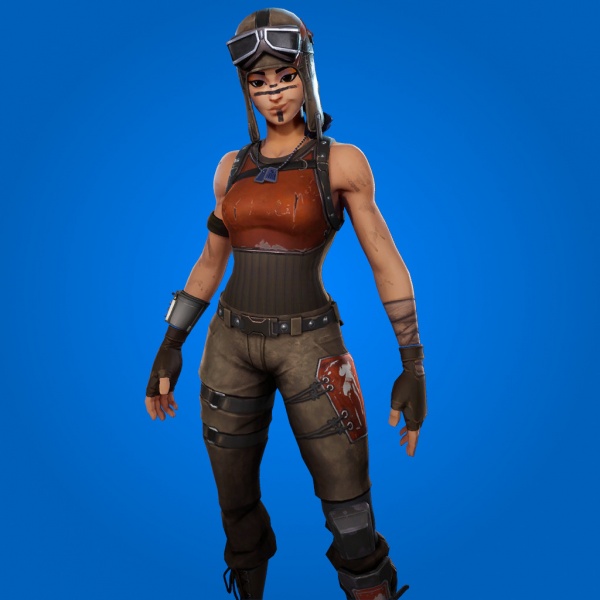 This is another skin from season 1. This one unlocked after you reached level 20 and is slightly more common than the other first season outfits. This skin is a little more interesting, but you can still see that Epic wasn’t quite sure where they wanted to take the whole skins thing just yet.

Coming so early in the game, it is no surprise that it remains one of the rarest skins in Fortnite. 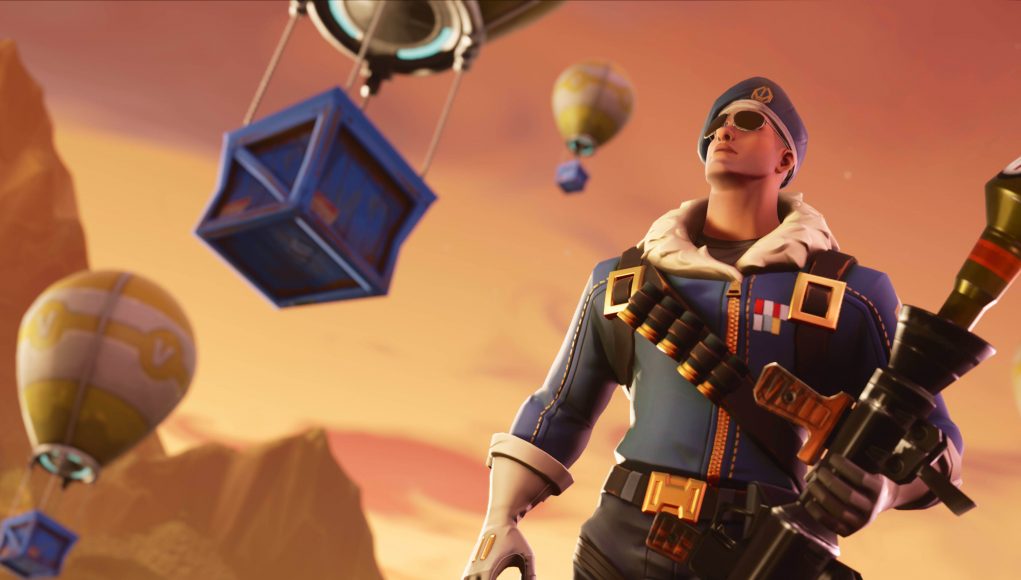 The Royal Bomber became one of the rarest skins in Fortnite as Epic began to dip their feet into something that is not appreciated by many, bundling skins with real-world items. This skin was exclusive to a Fortnite themed bundle of the PS4.

Not only was it exclusive to those who shelled out for a console, but it was also only available in Europe. On top of that, it was only briefly available in summer of 2018 before being replaced by a different bundle. With such specific requirements to actually obtaining the skin, it’s no surprise you don’t see it everywhere. If you wanted this skin, you would have to shell out quite a bit of actual money to obtain it. 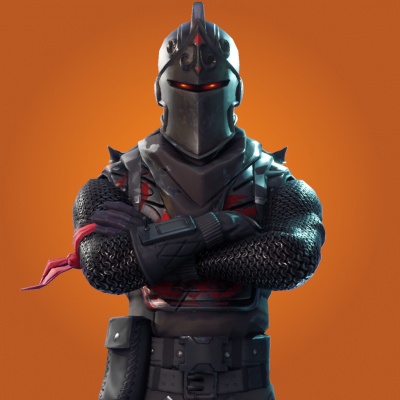 The Black Knight is a fairly unique skin on this list. It is an example of how long you’ve been playing, and your skill at the game. This skin was only released in Season 2, so it wasn’t available to many. Even with that smaller pool, only players who hit the level cap for the season could obtain it! To be the Black Knight players had to hit Tier 70 long before the game reached its current popularity. The Black Knight is one of the rarest Fortnite skins and a fantastic way for players to show they’ve been getting Victory Royales since day 1, or day 2, or Season 2 to be specific.

These are some of rarest skins currently available in Fortnite. They reflect the longevity of the game and the popularity of these cosmetic changes. There are other skins that aren’t so elusive that players might prefer since most of these aren’t likely to re-enter the store.

The backbone skin is the most rare. I have it cuz it look like my pops. Iv never seen no one else wit it

What about ghoul trooper?

I’ve got the merry marauder

I have the galaxy skin. People have told me it is the one of the rarest skins :/

What about ruckus with A.X.E

I don’t think anyone asked

No the rarest skin is the codename elf

Lachlan has that so he is an og

bruh i got recon before it came back im mad

I’ve never seen anyone wear it so I think so

My recon expert is the rarest

YOU DONT HAVE A MFING RECON EXPERT YOU DINGBAT!

What about the visitor

I actually have Royale bomber

What about the original twitch prime? Havoc is a skin that I rarely see other players with and it looks cool too

The rarest skins has got to be the Black Knight,Blue Squire,and the girl squire

Those type of skins aren’t rare

Totally the reaper you dumbo

Battle pass skins duh they never come back and not many people have the battle pass anyway!

guys it has already been confirmed on the epic page that the recon expert is the oldest and least bought, out of any skin in fortnite, thus making it the rarest

It be tha rarest of tha skins u can buy but tha rarest is tha black knight b/c a lot of people did not earn it even less than number wise than tha number of people that bought tha recon expert case close its over.

Recon expert is the rarest skin

More people have Renegade Raider then Recon Expert pretty sure… :/

The twitch Prime skins are hella rare. Couldn’t but and most didn’t have Prime and kids couldn’t get there Minnie to let them link accounts

What about the Raven skin

Default skin is obviously the rarest no doubt.

I HAVE A GHOUL TROOPER IN MY OLD X BOX ACCOUNT!

How rare is hybrid

He is a tier 1 skin so not that rare

Is the OG Rouge Agent rare?

how Rare is brainiac

How is The Reaper rare then the Renegade Raider

I have skull and ghoul trooper

Where is the Ghoul Trooper

It’s not rear any more

How rare is the grill sergeant

Jeez at least put ikonik, galaxy skin or glow on that list they’re all Samsung exclusives

Black knight, recon expert, aerial assault trooper, rengade raider, code name ELF, skull trooper and ghoul trooper are the the only skins I consider OG and the rarest skins in the game!!!

You have got to be a bot if you think otherwise.

What about munitions expert

What about munitions expert

Munitions expert used to be rare

*says in British accent* skull and ghoul trooper are released TWICE and they aren’t
rare anymore. Do you even play the game YOU BOT

Good skins will have huge prices in the future

What about Royals knight

Dude what about wing man season 4 starter pack inset he the rarest STARTER pack so shouldent he at least make the list. and btw marry murrader comes out almost every Christmas

And he’s not wrong

Season 4 Starter Pack was not the rarest one. The first ever starter pack was in season 3 staring the Rouge Agent.

What about x-lord and red strike or tilted teknique

What about minty pickaxe

What about Blue Stryker

Whst about the dazzle skin it has not came out since March 17, 2017

What about Assalt trooper

What about fishstick britebommer and ghoul trooper

what about codename elf?

what about recon expert

what about the brat skin

What about war paint and it’s umbrella or glider

Drift is rare, no one ever uses the skin but it is one of the best skins there is

Skull trooper is rare to
If it I purple

And you idiots that use default! Your not cool and it does make you good and fortunate gave free skins so there’s no point in saying you don’t have any. So be smart and out the trash default to sleep

put the trash default to sleep. Don’t use default! only trash noobs use default

Twitch Prime because you couldn’t but the n and Minnie wouldn’t let you use Prime to link. Very few people using prime skins. Plus the founder skins warpaint and rose team leader are rare

I have recon expert and I use it alot

i started in season 2 chapter 2 so i dont have much skins beside the battle pass ones but i have doublecross, iris, and brute gunner.

I have recon and i use it a lot

Is the ginger gunner rare

ginger gunner is not rare

I have recon expert and the reaper :l

I have the black Knight skin