Fortnite chapter 2 was a hard reset, but all that was new has become familiar. Fortnite is a game that has trained its players to always expect something new. Near constant updates have made it a much more evolving game than the likes of Apex Legends, but we’re now seeing what happens when things slow down. Fortnite Chapter 2 could be said to have gotten a little stale.  With this in mind, a lot of players are asking what’s next for Chapter 2 and when the season is actually going to end.
The season has had a bit of life injected into it in recent weeks. The addition of winter-themed items and a Star Wars crossover has given players something to do, but it hasn’t added much for the competitive community. Fortnite Chapter 2 Season 1 is looking to be one of the longest ever. We’re into a new year, and the black hole event feels very far away. Yet, we seem no closer to a new season. However, we do know a little bit about what’s next for Fortnite Chapter 2. Whether this content comes before or after the February switch over, it looks like Epic plan on giving players some new content in the interim, and they’ll be keeping to their update schedule.
The first change to Chapter 2 has already occurred. A minor hotfix has reworked the map, although this isn’t exactly a new change but a reset. So what is coming next?

A hotfix has recently been pushed to Fortnite that reversed the changes over the holiday period. The Star Wars crossover items and events have been removed from the game, no more lightsaber battles. Importantly though, the snow has started to thaw. Winter might only be half over, but Fortnite looks set to be going green once again.
While the Star Wars removal happened pretty quickly, the snow is going to be a process. Parts of it have begun to that, and this is set to continue over the week. What emerges from the snow is what is next for Fortnite Chapter 2. We should see a snow-free map pretty soon. However, it is possible that some snow stays and converts an area into a different biome. Epic has pulled this kind of thing off in the past, so it might help to liven up the Chapter 2 map which has become a little stale.
Is anything else staying from the Holiday event? Probably not. In the past, some seasonal items have made their way into the regular rotation, but this doesn’t seem likely this time around. We can expect a return to the stable batch of weaponry that has been the bread and butter of Fortnite Chapter 2 so far.

Fortnite Chapter 2 is going to end in the second week of February. This actually leaves quite a lot of time between the end of these events and a brand new Season. Epic has been pretty shy about plans between now and the end of the season. However, this doesn’t necessarily mean nothing is going to happen.

What’s Next for Fortnite chapter 2? 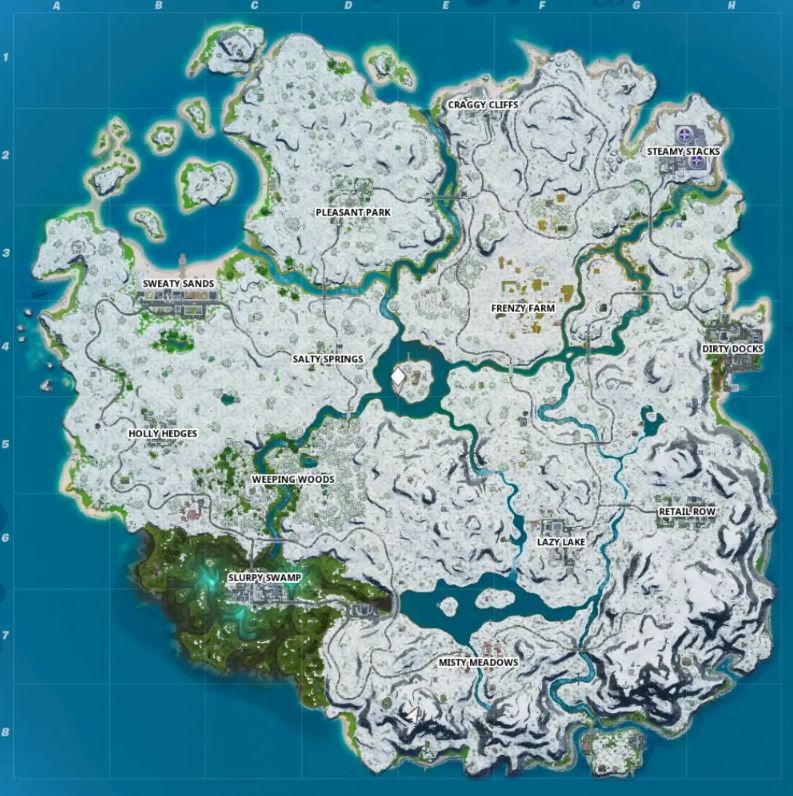 With the snow melting away, it’s possible the map will look a little different. With quite a few weeks left on the season, we’re bound to see some changes to Fortnite. What happens if the game does remain stagnant for the next few weeks? We can probably expect to see players lose some interest in Fortnite. This would be a bad move after such a well-liked holiday event. We should expect some minor map changes to prevent this. However, if you’re wondering what’s next for Fortnite chapter 2 it is unlikely to be anything major like brand new weapons. While small additions may be made, new weapons are likely to be saved for the next Season.
Season 1 of Fortnite Chapter 2 was based around adventure and exploration, to coincide with the new map and self-reliant mechanics. We can expect Fortnite Chapter 2 Season 2 to take a new approach too. It won’t be as revolutionary as the last Season’s changes. Map and weapon changes to coincide with whatever the new theme can be expected. It is also likely that we’ll see some more movement options introduced, as the lack of those has been a criticized area of Fortnite Chapter 2 so far.
Chapter 2 Season 1 is due to end in the first week in February, but if you’re wondering what is next for Chapter 2 you shouldn’t write off Season 1 just yet. With a few weeks still left on the clock, Epic likely has something new in mind for players over the cold January months.