Fortnite Chapter 2 is here and proclaiming itself to be the newest and most revolutionary thing to ever happen to Fortnite. It is all pretty different. However, despite their best efforts to bury all changes in favor of a fresh start, it is still a continuation of Fortnite. That means a Battle Pass stuffed with rewards for the best and most devoted players! Things are a little different this time around. Although, there are still plenty of rewards to get from the Fortnite Chapter 2 Battle Pass.
Functionally, the Chapter 2 Battle Pass works the same as those in Chapter 1. There are 100 tiers to progress through by earning XP and completing challenges. Each tier gives you a new reward. This time around you can collect XP both from challenges and the new medals! These are awarded for quite a few different things, including upgrading weapons, eliminating a certain number of players or looting certain items. Some of the criteria is quite trivial, so you’ll have a novel way to progress through this pass.
While you get some minor rewards in every tier, really it’s the cosmetics and unlockables that you’re after with this Battle Pass. It also gradually rewards you with 1,500 V-Bucks. This is a nice amount that will cover the cost of your next Battle Pass if you complete this one in full.

These are all of the skins that are going to be featured in the Chapter 2 Battle Pass.

This skin is included just for purchasing the Battle Pass. This means you’re going to be seeing it on a lot of players in the first few weeks! There is also an alternative Hazard style skin, this one is similar but in all black. 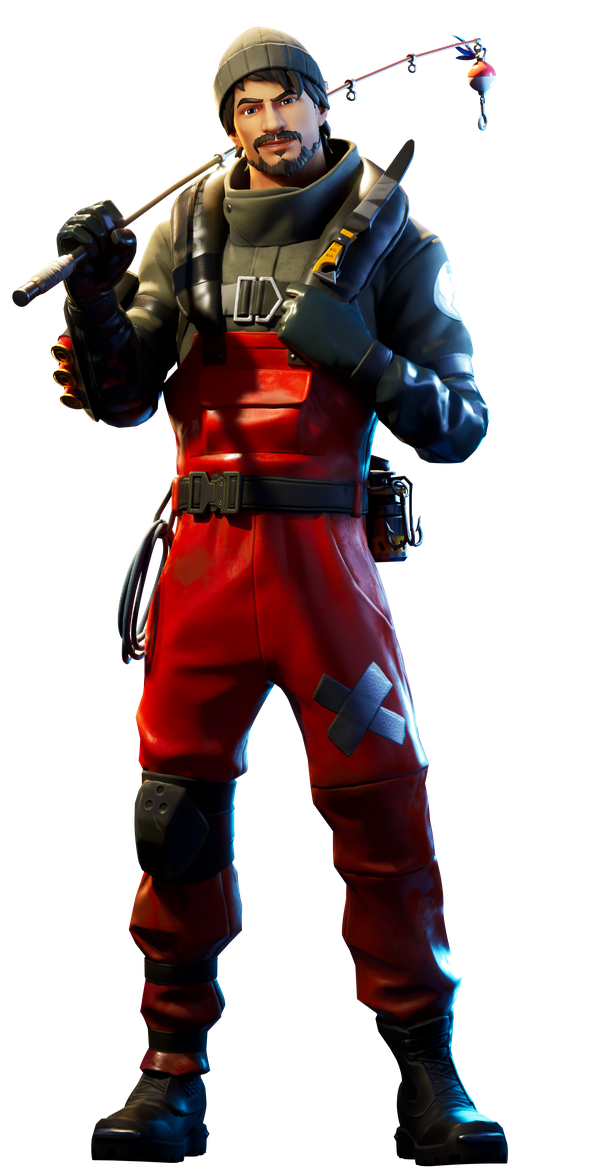 Another skin that is available right from the start of the game. The Turk skin is quite clearly a fisherman. This plays into the outdoors adventure theme of the Season. With fishing added into the game this skin has come at the perfect time. It is also available in a Riptide style, although this actually looks pretty different to the regular skin. 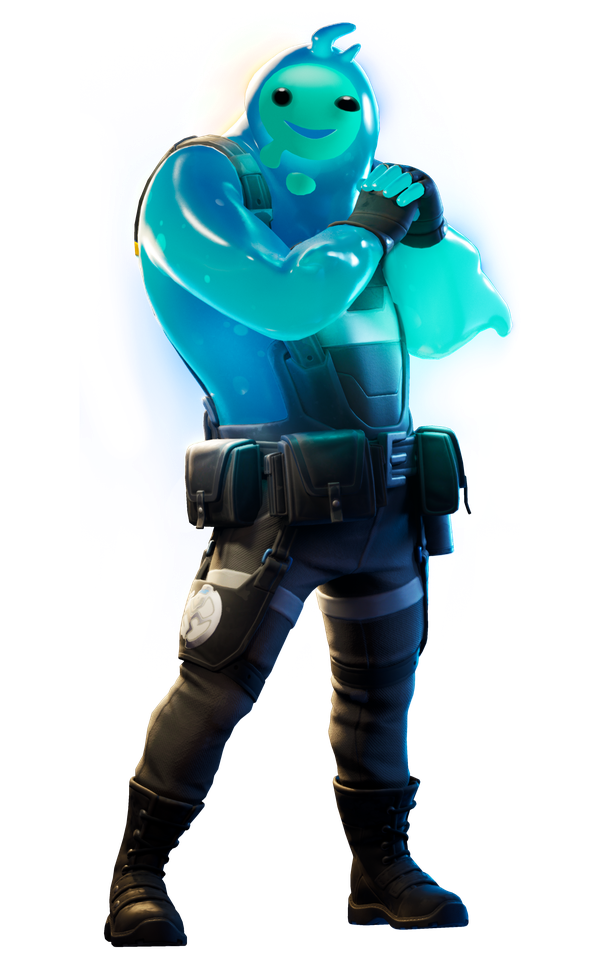 This is the next unlockable skin for progressing through the Fortnite Chapter 2 Battle Pass. This one looks like a half man, half blob monster kind of thing. It is definitely one of the more interesting looks on offer this time around. It is also available in a Sludge style, which looks very similar but in red.

Remedy has a pretty clear theme paramedic. This skin is going to be pretty useful for really selling your role in Squads when carrying another player out of harm’s way. It actually looks like it was designed just for that mechanic and purpose. The alternative style is Toxin which features a black outfit and green hair.

Now this is where things get interesting. You’re kitted out in a costume that pretty clearly resembles the 8 ball. This ball can apparently predict the future and answer questions. The alternative style is in all white rather than black and kind of resembles some of Apex Legend’s Pathfinder skins. However, this style doesn’t feature a number though.

This one doesn’t have too many stand out features. It is just a female character in some mismatched clothes. It is also available in a pink dungaree style called Chic style. 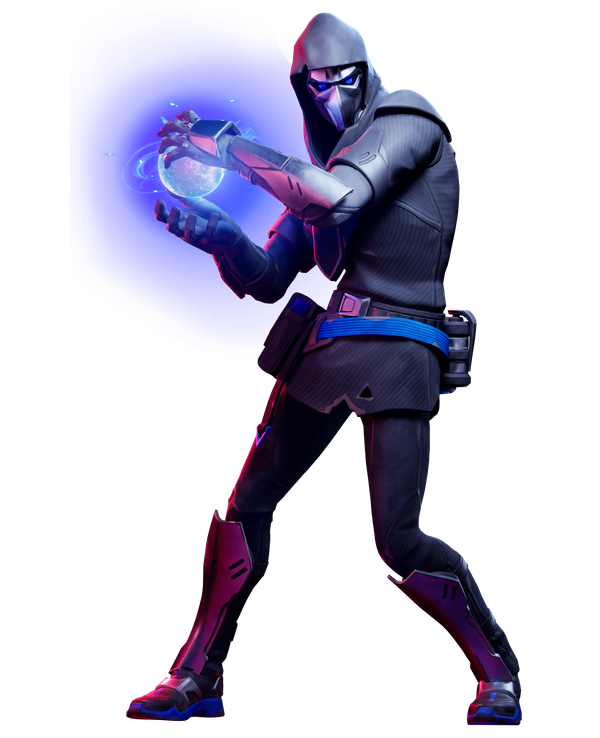 This is the ultimate reward for completing the Fortnite Chapter 2 Battle Pass! It is an all black skin that resembles a Ninja of some sort. The alternative style is in all white and the polar opposite of the regular look. This is quite a serious look to finish the season off with. 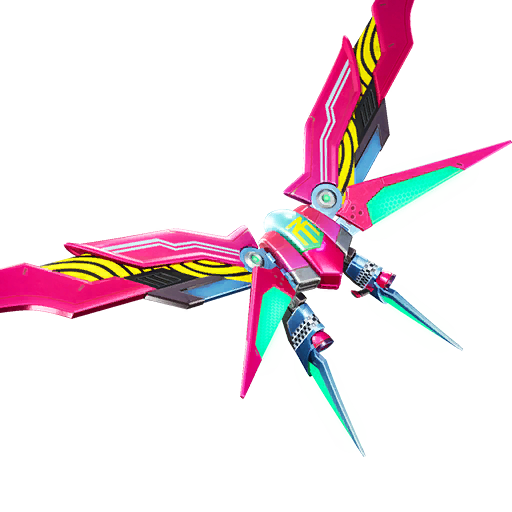 It isn’t just skins that you’ll unlock with the Chapter 2 Battle Pass. You also get access to some more cosmetics. These are the Gliders that you’ll get for completing the Battle Pass, many of them tie into the skins available:

Your pickaxe is a vital tool in Fortnite. It is what lets you gather materials to build, the thing that sets the game aside from PUBG and Apex Legends. These are the skins for this tool that you can get with the Fortnite chapter Battle Pass.

You’ll also get access to exclusive emotes for progressing through the Battle Pass. These are your options (Boing is a particular highlight; in which you pull out a pogo stick)

Contrails are the effect left behind as your drop into the map. These aren’t the most exciting, but they are here to fill out those Battle Pass rewards tiers. Here are the ones you’ll get for going through the entire Chapter 2 Battle Pass.

No Fortnite outfit would be complete without a fun choice of Back Bling. These are the ones you’ll get with the Chapter 2 Battle Pass. 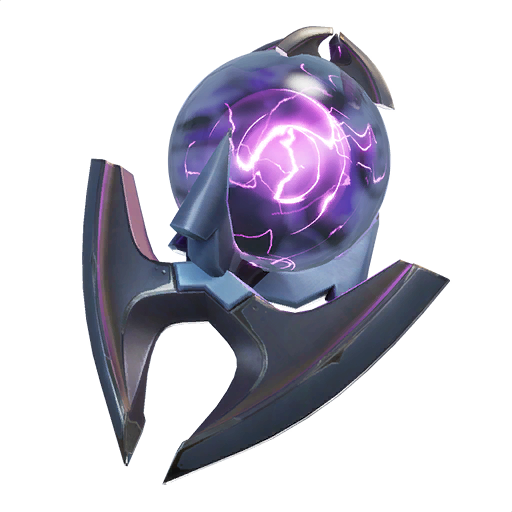 You also get some music packs from the Fortnite Chapter 2 Battle Pass. These are probably the least interesting thing on offer.

The final set of tangible rewards that you get from playing through the whole season are the Weapon wraps. These don’t factor too much into how you actually look, but they are a nice change.

These are all of the cosmetics on offer with the Fortnite Chapter 2 Battle Pass. If you’re unsure of which look to sport, you should check out what streamers are using in their games for a bit of inspiration.