Fortnite’s latest season is a lot more action-packed than the last, with new additions popping up pretty frequently. One of the most puzzling of these has been the Fortnite gatherers. These are strange devices that are currently roaming a map. There aren’t many of them in-game, so some players haven’t even run into one of these strange devices yet. They can be a bit puzzling. Although, if you know the Fortnite gatherer spawn locations and the best strategies to track them down then things are a bit easier.

The gatherers in Fortnite serve a few purposes. They are involved in a few challenges, but beyond this, they can be a good source of loot in-game. These been a few more interesting additions to the Fortnite Season 4 map. There are now more non-POI spots to get decent at loot. This includes things like crashed jets, but also gatherers if you can put a big of work in. Tactically these types of locations are great for stocking up while rotating. If you’ve not managed to get the best Fortnite weapons in the early-game, then these non-POI spots are perfect for gearing up before you head into a well-defended POI while rotating.

How Do Fortnite Gatherers Work?

At the moment the Fortnite map has a few different types of bot roaming around. The latest one is Fortnite Gorgers and Gatherers. Fortnite gatherers are robots that are come from a Gorger. The Gorger will shoot energy beams at you, and dispatch the smaller Gatherers in a random order. Gorgers have 10,000 HP… which is kind of a hassle. The Fortnite Gatherers are easier to deal with though.  They have less health and taking one down will give you some loot. The Gorgers emit loadouts of gatherers if you dodge their predictable beams, so you can get a lot of stuff here.

Gatherers have a bit less health so destroying the 20 or so that you need to complete a challenge isn’t as hard. Since the Gorger’s laser is relatively easy to avoid, you can farm loot from the gatherers to a certain degree.

To find Gatherers, you’ll need to do a little bit of research. The first thing you need to do is find a Gorger. You can only find these by spotting a red beam of light on the map. This looks pretty much like the waypoint beacon. These aren’t marked on the larger map or minimap though. This doesn’t mean there isn’t an easy strategy for finding the Fortnite gatherer spawns though. The red beam is pretty easy to spot.

The easiest way to find Fortnite gatherer spawns in Fortnite is to head over to a spot with a helicopter. You’ll need to be in the air pretty early in the game, so your best course of action is to land by one. Each has a space to get some basic loot around it, which you’re going to need to succeed in taking down a gatherer. 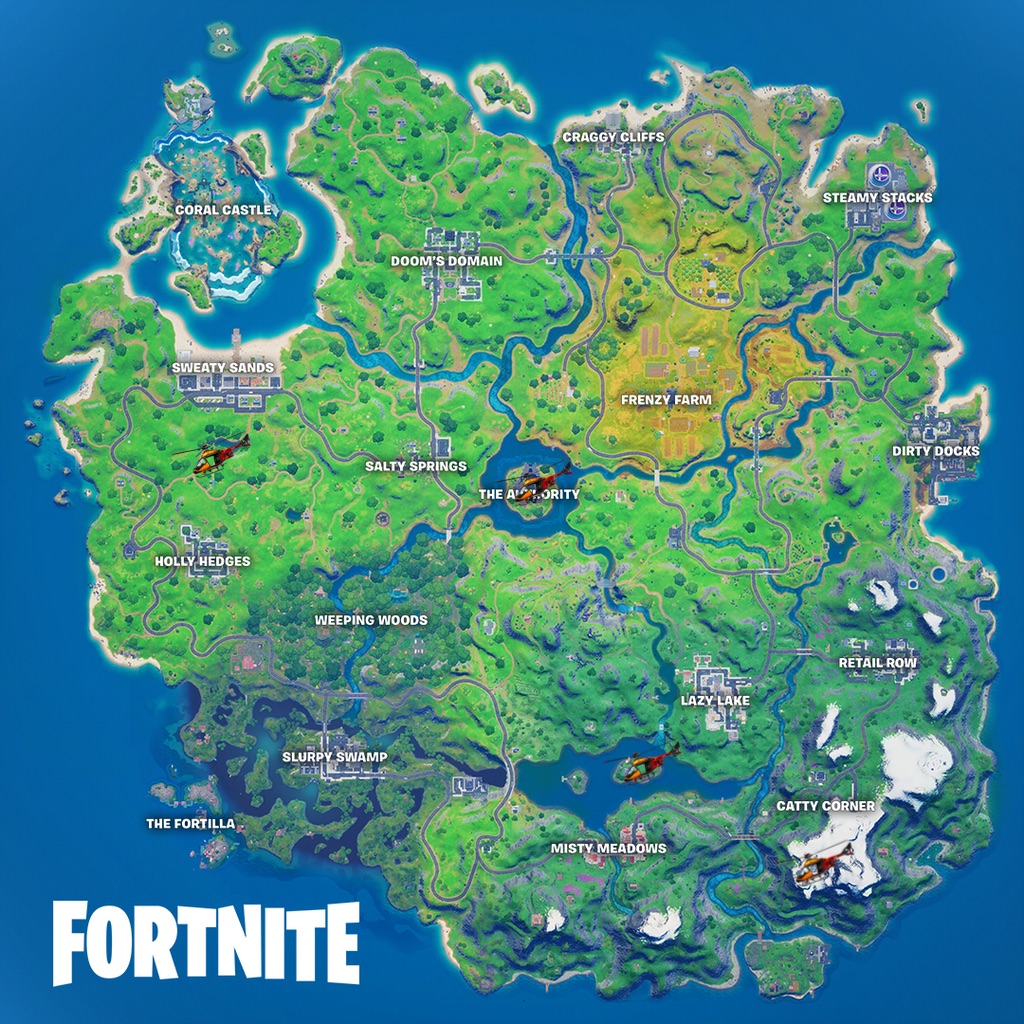 Those are the current helicopter spawns in the game. Once you’ve gotten some loot, raise up a bit in the helicopter so you have a good view of the map. At around 2 minutes into the first circle forming, the red beams usually go up in the sky. You should be able to scan around and spot a Gatherer. Fly over to it once you’ve seen it to make sure you can catch the gatherer in time.

This method is a bit more time-consuming than just heading straight to a guaranteed spawn point. However, Fortnite gatherers don’t have any completely certain spawn points at the moment. This means there is a bit of guesswork involved.  Using this helicopter method should be able to minimize that time for guesswork though, and you can find a gatherer quickly to take it down.

Our other helpful articles can help you with other parts of Fortnite season 4: