How to Play Claw in Fortnite

Fortnite is a strange game on PC since it can actually benefit controller players from time to time. Some of the biggest and best Fortnite players use controllers rather than a mouse and keyboard. However, few play how you normally would on a games console. Instead, players utilize controllers with paddles on the back. What if you only have a regular controller though? There are pros that play with a standard controller like a Dualshock or Xbox One controller. The key is to play claw in Fortnite. Playing claw in Fortnite is a way to position yourself on the controller to allow all inputs to be hit without moving your hand. It can be tricky to get used to, but effective once you do.

If you’re working with a standard controller, then switching to playing claw in Fortnite might be the best option for you. It isn’t just Fortnite that has ‘claw’ players. Other console shooters have long had players who position their hands like a crab. The benefit is allowing you to use all of your inputs without having to move your thumbs off of the dual sticks. This means you never have to sacrifice accuracy. This guide covers how to play claw in Fortnite, how to get used to it and improve your performance just by moving your hands around.

What is Playing Claw in Fortnite?

Playing claw in Fortnite is a way to hold the controller which gives you better access. It can give you better control over all of your inputs in a game without using a special controller. These are the basics:

How to Play Claw in Fortnite PS4

To play claw in Fortnite on the PS4, you need to position your hands so your right index finger rest against square and triangle, and the other against top and right of the D-pad. It is possible on a Dualshock because of the low position of the sticks. It is this symmetrical layout that makes this hand-grip possible on the PS4.

How to Get Better at Playing Claw

The first thing to learning how to play claw in Fortnite is to build the muscle memory so your inputs feel natural again. This can take a bit of time to change between the two modes. There will be a transitional period and it’ll take a bit of time to actually master having your hands sit in this position comfortably. You’ll be slower than normal at first until you re-calibrate yourself to do your inputs without thinking again.

To play claw in Fortnite, you need to get used to this new position for your hands. To do this, warm-up before matches with your hands in the claw position. Spend some time in creative or practice modes just getting accustomed to playing claw in Fortnite. When this gets dull, head into normal public matches for a while. At first, it might be best to use claw when looting and rotating, but moving back to normal in difficult firefights. You’re unlikely to be as quick and responsive playing claw at first compared to the normal layout.

After a few days, try to transition to using the new layout for playing claw instead of a standard grip. There will be hiccups, but if you stick with this you should be able to rebuild your muscle memory for this new layout.

It will also be helpful to play claw in Fortnite using the right settings. Look at pro players like FaZe Sway who play this way.

Is Playing Claw a Better Way to Use a Controller? 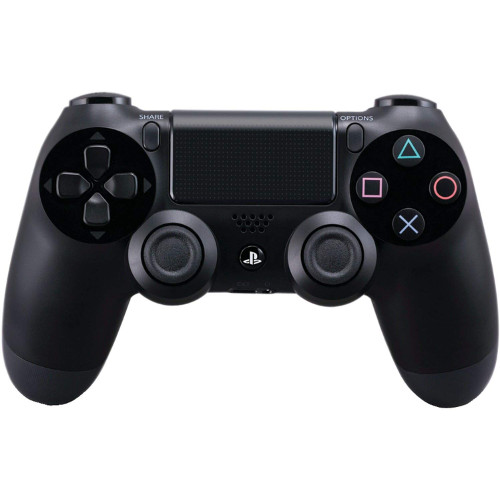 A lot of controller pro players use the claw layout when they’re playing Fortnite. For some, it can be considerably better. It depends on what gamepad you want to use though. A controller with paddles on the back can be easier to adjust to by most players and it does offer a little more comfort. However, plenty of players get great results from playing claw on a standard controller. It allows you to bridge the skill gap with other controller players without having to pay out for an expensive new controller.

Our other guides to Fortnite can help you improve on other aspects of your play style, or further optimize your in-game settings and controls to win more games: