Crossroads is the latest map to be released for Mordhau. While it is quite a big map, it isn’t available in every game mode. If you’re itching to try out the latest map in Mordhau, then you might end up wasting a few games getting to grips with this new location. This guide will run you through the points of interest in Crossroads and how to play on it. It is effective for some types of players over others, so it will help to know what strategies you should be using for each type of player.

Crossroads is a concentrated map despite its size. Most of the action will take place in a limited space given its geography. However, the size of the map allows better cavalry gameplay than it first appears. Whilst you might not be in the centre of the action on a horse, you do still stand a chance of having some success if you play it right. If you’re a brawler, then this map is made for you.

Crossroads is available in a few different game modes at the moment. Frontline, Deathmatch, Team Deathmatch, and Skirmish. Its smaller size makes it a strange choice for Frontline, but this can reward some players. It is a small space and players will be crammed into it in any game mode.  You need to use this to your advantage.

Crossroads might not look like the best map to be roaming around on horseback, but it really is. The fort in the centre might catch your eye, but this isn’t Fortnite and the forts aren’t that important. The surrounding area is wide open for horseback players. A lot of players don’t particularly bother with the fort due to the difficulty of establishing you or your team there properly. In solo modes, this is especially true.

Horses in Crossroads are located in the base of both the Iron Company and the Free Guard. This should give you ample opportunity to pick one up if you plan on playing on horseback. Roaming around the areas outside the fort doesn’t give you much protection, however, there are few obstacles. It is a relatively wide open space and you should use this to your advantage. Don’t stop and don’t allow other players to stop you. Keeping your horse moving lets you stay free of ambushes and can help you really clean up.

Horseback players should stay on the move and ignore the fort. Instead, take out every player around it as you circle around. There is relatively little space to go to heal, so you have to be careful of your health and that of your horse.

Crossroads for Archers and Engineers 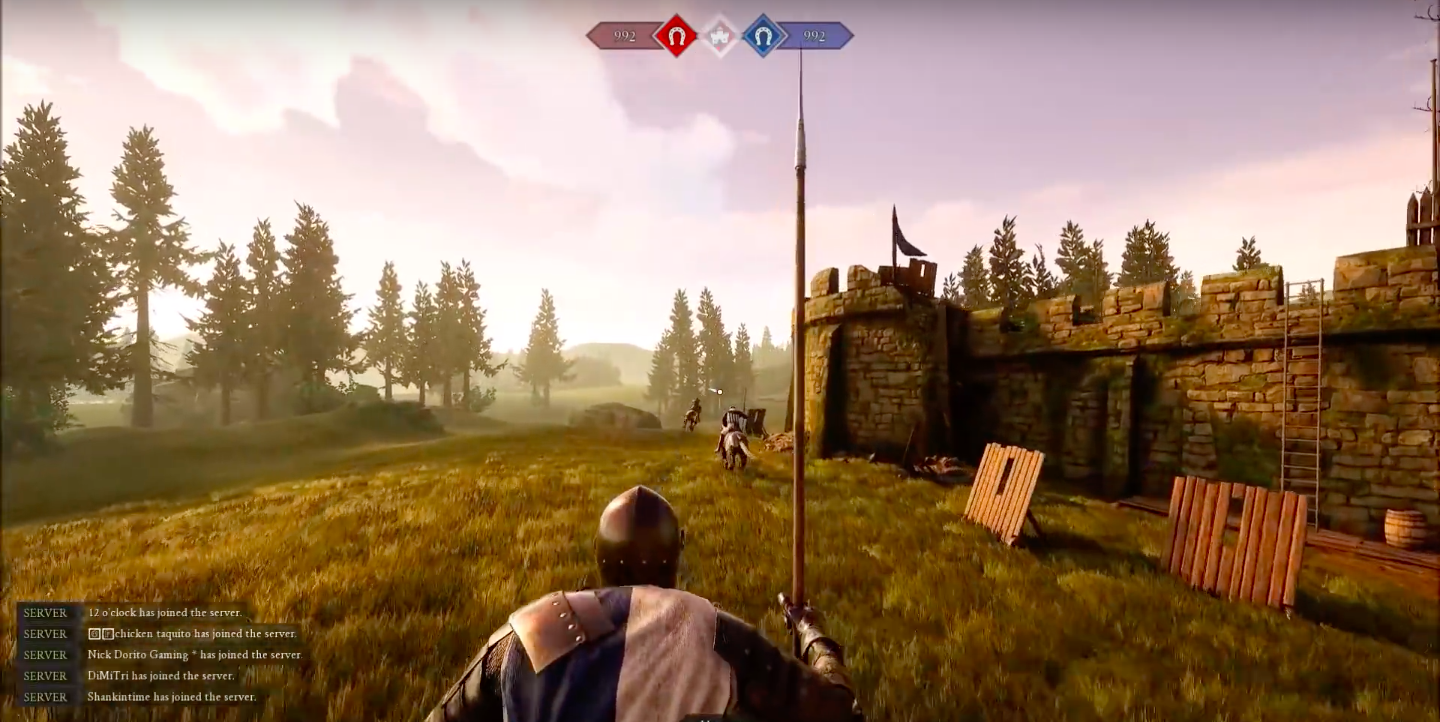 The main point of the interest is a large fort. This is a big structure that some players try to dominate, but you might be better off leaving it alone. The fort is easier to occupy than attack. If you can manage to seize the high ground on this building, you should take it and prepare yourself for attackers. However, you’re going to be dealing with attacks from quite a few players at once. This means you need to be confident in your duelling skills if you want to play Crossroads in the fort area.

The fort in Crossroad is going to be particularly helpful for ranged players looking for a good vantage point, but not without some help. If you’re playing on a team based game mode, then you can occupy the fort as a ranged player and take out any attackers. This can make this map play similarly to a good strategy in horde mode. However, you will need defending and be aware that your cover isn’t fantastic. If your team mares can’t defend you, you’re wide open to melee attacks. Equally, the lack of cover makes ranged attackers a target for other ranged players. If you stay mobile and take out the other archers before they get you then this can be a great vantage point.

Melee players are out of luck on Crossroads. Your strategy is going to come down to whether you’re attacking the fort or the surrounding area. The fort will reward those with the high ground, if you’re trying to take it from another team you need to be in high numbers. In a solo mode, it might be best avoiding unless you’re particularly confident in your duelling ability.

The outside space will leave you exposed to both archers and horseback players. You should attempt the strategies to take out a horse, but be aware that it is difficult to pen a horseback player in on Crossroads. Instead, you should focus on doing incremental damage to their horse. There isn’t much healing space so you can get horseplayers while they’re weakened.

Crossroads is a map that favours those on horseback, but it also provides scope for support players and archers. Melee players aren’t going to have the most fun here. However, if you’re confident in your ability to take down horses and archers then crossroads is the perfect place to put this to the test. With fast gameplay here, you also need to be using the best settings, keybinds, and getting the best frames per second.