The character classes available to Mordhau players allow for many different types of play, even some that are a bit strange to newcomers. With its setting and unique dueling system, Mordhau is already quite different to actually play than other Battle Royales. However, one class might be familiar to a certain experienced Battle Royale player. If you’re the type of Fortnite player who relies on their lightning fast building skills to stay ahead, being a Mordhau engineer might be for you. You can put those architectural skills to good use, even if the building system isn’t as open as in Fortnite.

Being a Mordhau engineer isn’t useful for every game mode. In quite a few you’re going to struggle to get much done just by building walls and spikes. However, for team events, it can be really useful to have an engineer on your team. Not everyone needs to be an expert dueller, some people need to be playing support.

If you want to be effective as a Mordhau engineer, you need to know what you’re doing. It is a specialized type of player in the game, so having the right loadout and tactics is vital.

What Can You Build? 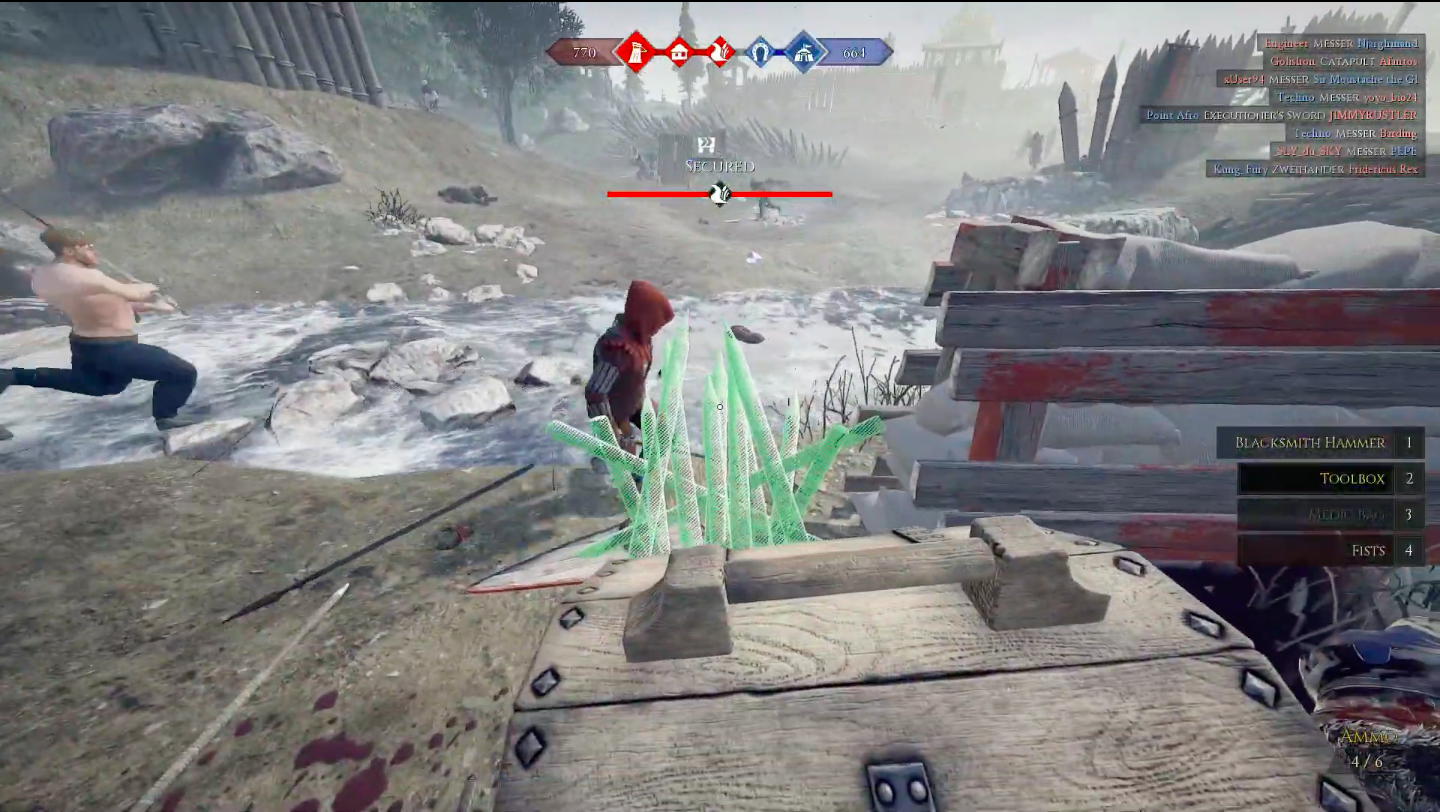 You can’t build just anything as a Mordhau Engineer. There are only three options open to you but used properly this is all you need. As long as you have a toolbox, you can build these things:

Players start the game with five toolbox charges, they have the capacity for six charges overall. You can refill these charges every thirty seconds from a supply box. However, you’re not going to need to refill it that often. You can only have six structures on the map at any one time. This is a hard limit. When you place a new wall or spike, the oldest one on the battlefield will disappear as it builds. This means you’ve got to budget your building and work in a small space.

Each structure can be damaged, if it is damaged you can repair it. You need a Blacksmiths Hammer or Mallet to repair, a recent update also includes the Heavy Hand axe which features a hammer on its second side. Walls have around twice as much health as spikes, so they are more effective as a blockage. Each takes some time to build, walls and spikes are pretty quick but a mounted crossbow will take ten seconds. 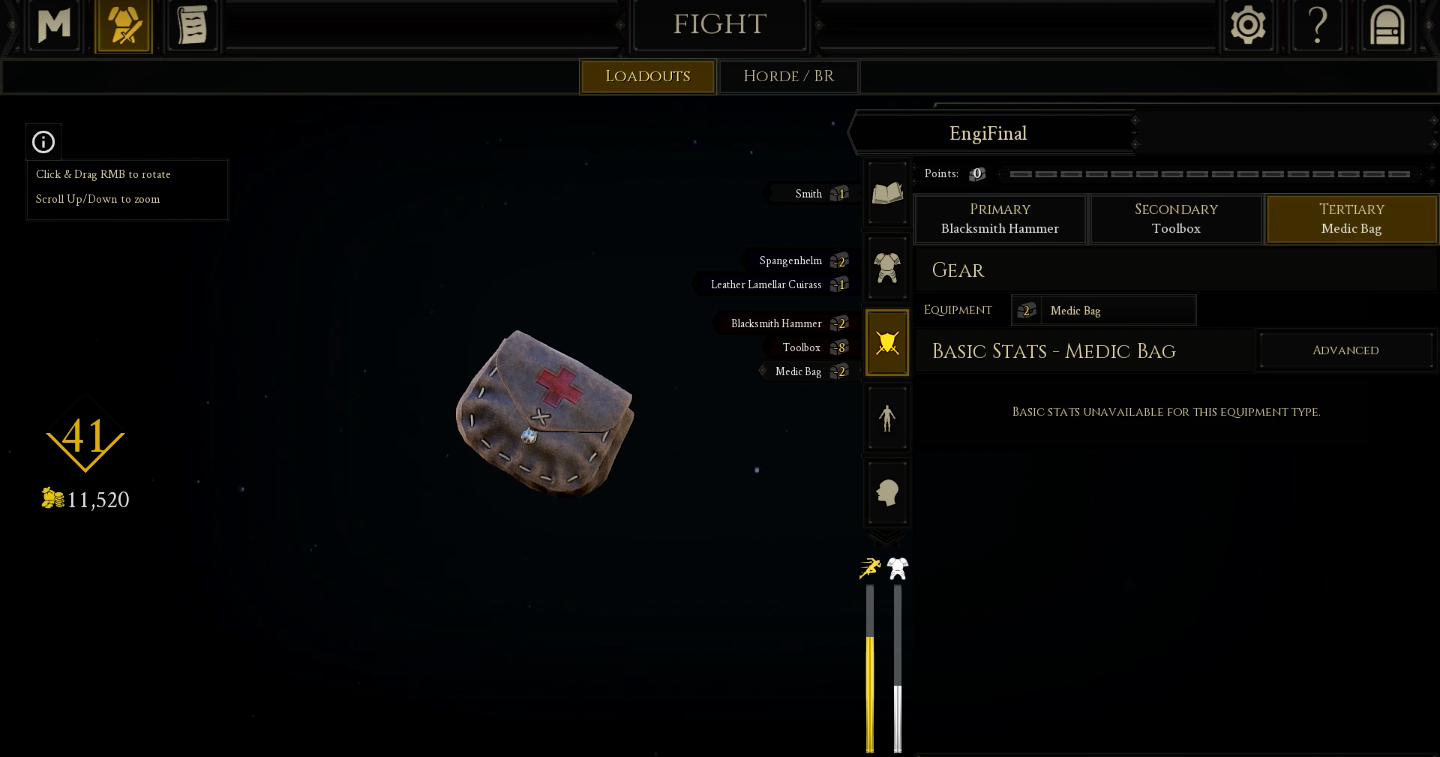 Beginner players will have to make do with the pre-made engineer class. However, after grinding to unlock all of the options you can create your own, better, class. When building your own loadout as an engineer in Mordhau, these are the things you should prioritize:

Tips and tricks for Mordhau Engineers 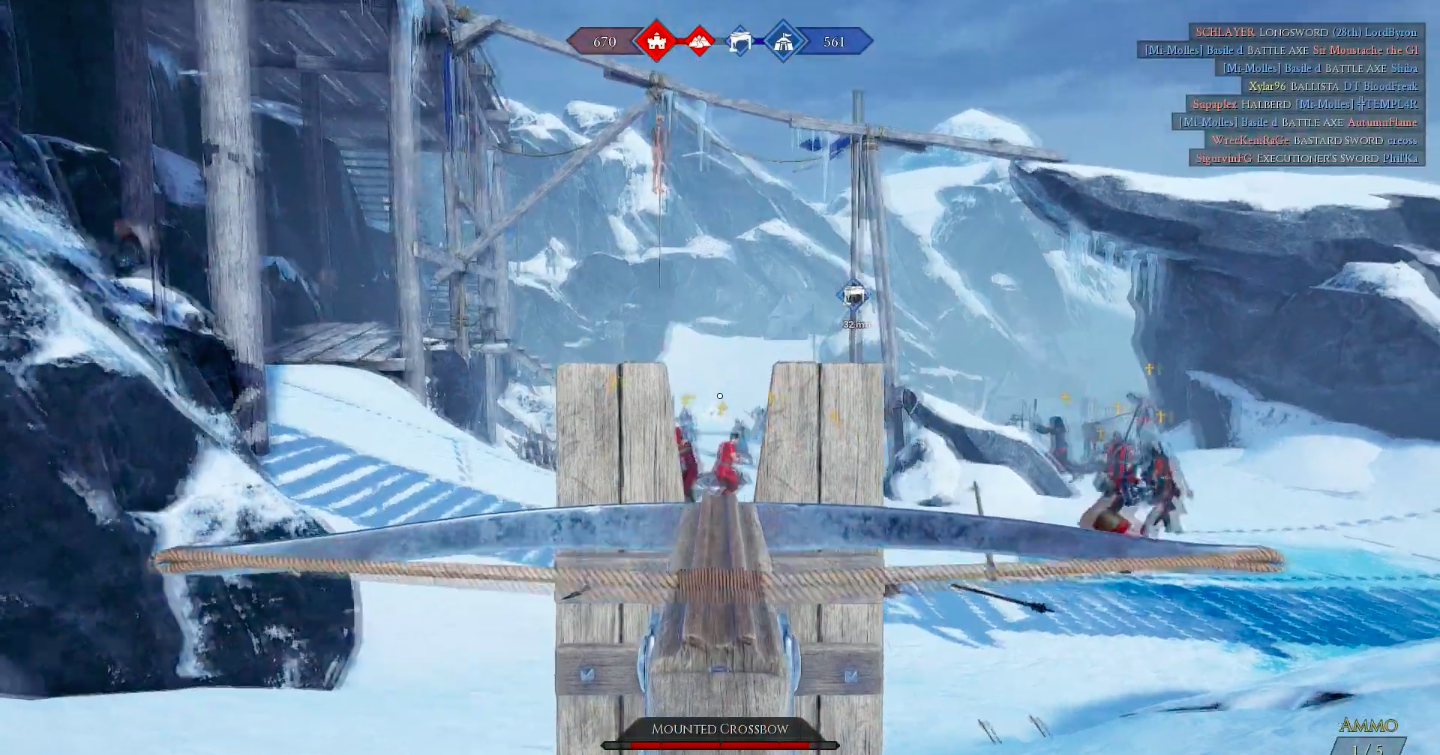 With the correct load outs, you’re ready to actually play as a Mordhau engineer. There are some key strategies to keep in mind to be effective.

Mordhau engineers can be an effective part of any team, as long as you play with the right load outs and strategies. Vital to being an effective Mordhau engineer is using the right settings and key binds, be sure to have these in working order before starting out your new career as a medieval architect.