PLAYERUNKNOWN’s Battlegrounds contains four entirely different maps; this means you have a lot more to learn if you want to always land in the best place. Erangel is the best map for beginners to start with. If you’ve only just started playing PUBG, then you should spend some time getting to know Erangel before jumping into the other maps.

Erangel was the first map to be used in PUBG, so it is both good for beginners and quite popular. There’s an interactive map available if you want to study each area in massive detail. If you’re brand new to PUBG, you should probably stick to this map for a little while you learn about the best weapons to use and other tips and tricks. Within this map, you need to know where to land and which areas are the most popular.

There are certain spots on Erangel that are very popular with other players. These are the perfect places to practice with firefights. There are also quieter spots, for players who want to avoid the bloodbath and think more tactically about encounters. With this location guide, you can find a landing spot that suits every play style. 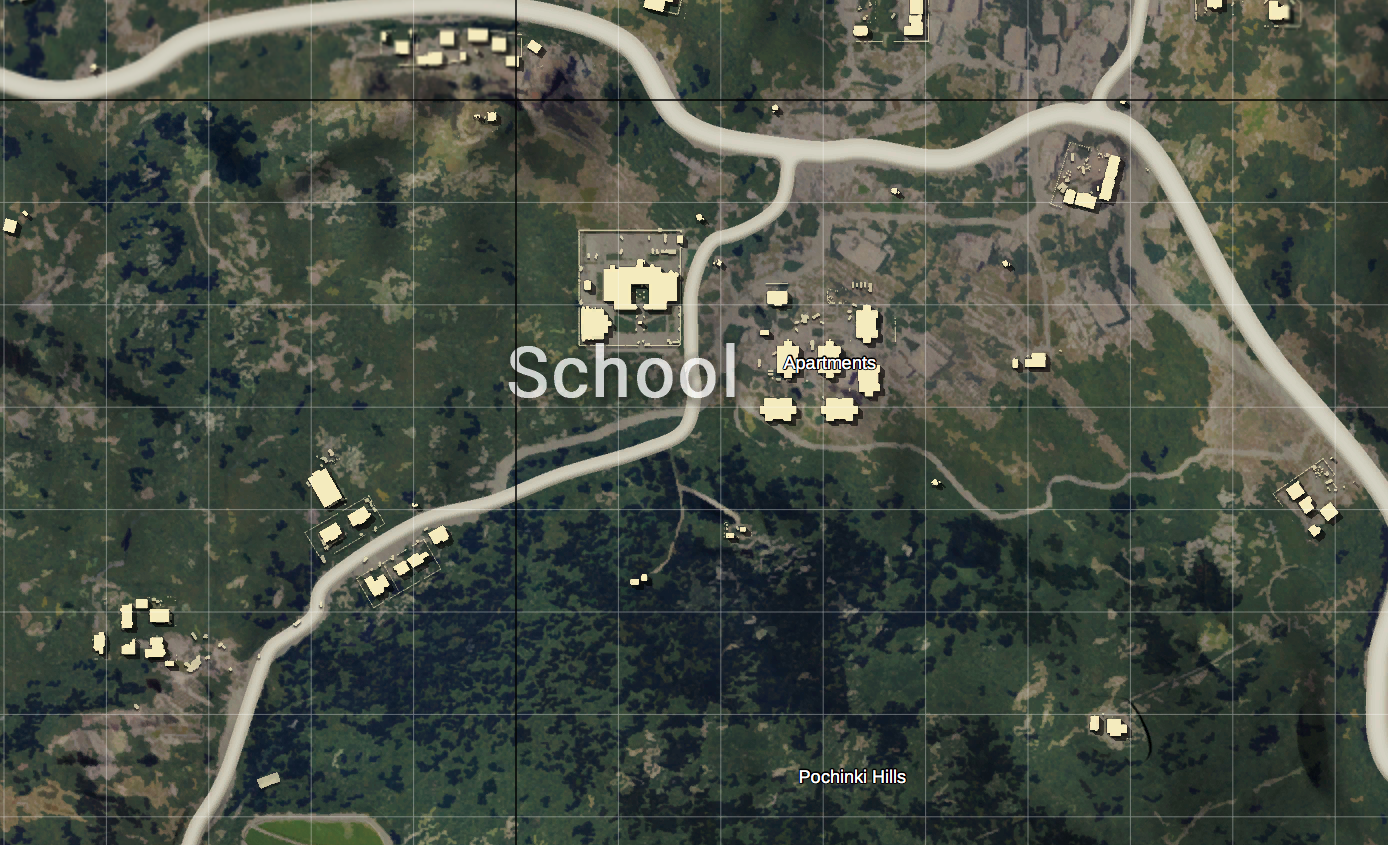 Erangel is a popular map but it is very big. This means that you won’t always be dropping surrounded by other players. If you’re looking to recreate that Tilted Towers experience of getting right into eliminations in the game, then there are a few places you should try and go for. The first is the school in the literal centre of Erangel and packed with loot. It is one of the most popular spots that you can drop into.

Over the multi-floored buildings, there is enough loot for many players to come out entirely kitted up. School can get you equipped quickly and give you some quick eliminations, but it is difficult. If your first few tries at landing here lead to near instant death, then you should consider going somewhere a little less popular until you get some practice shooting.

Pochinki is a town also quite close to the middle of the map. This, again, makes it very popular. There are a number of spread out houses each fairly full of loot. You should aim to take one of these buildings early in the game. Once you’ve cleared it of any other players, then you can hide away in this building and use it as a vantage point. The gaps between houses will make other players easy pickings. There is also the bonus of being quite central to the entire map, giving you an easier time staying within the circle.

Landing Spots with The Best Loot in Erangel 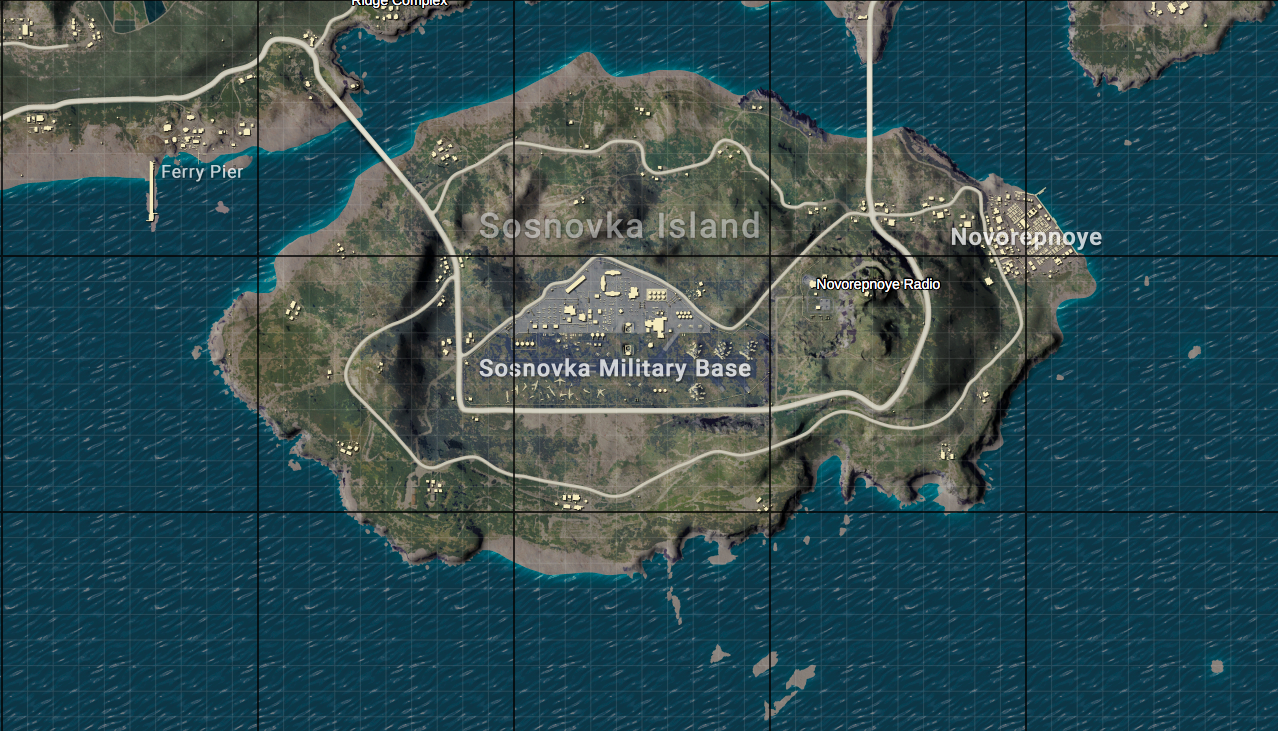 If you’d rather prioritize loading up on the best loot than getting other players or getting to safety early in the game, then there are spots full of great loot. These are difficult spots because you won’t be the only player after that loot. If you’re willing to fight for it, these places can set you up for the entire game.

The Military Base in Sosnovka is a fantastic place to get some high-level loot. The number of people going into this small zone might make it difficult, but if you’re quick then you can really set yourself up to get a lot of eliminations later in the game. Its location on the map also means you’re going to have to be mobile to reach the circle. It is located in the far south of the map. Georgopol is another city with some good level loot. It is quite out of the way compared with other choices, being located in the west end of the map. This should give you a little more privacy to grab some gear. Mylta Power in the bottom right of the map will also give you some great gear but will be more populated.

These are great choices for players confident enough in their own abilities to load up quickly and get on with playing the game. Otherwise, you might want to consider some less populated areas. 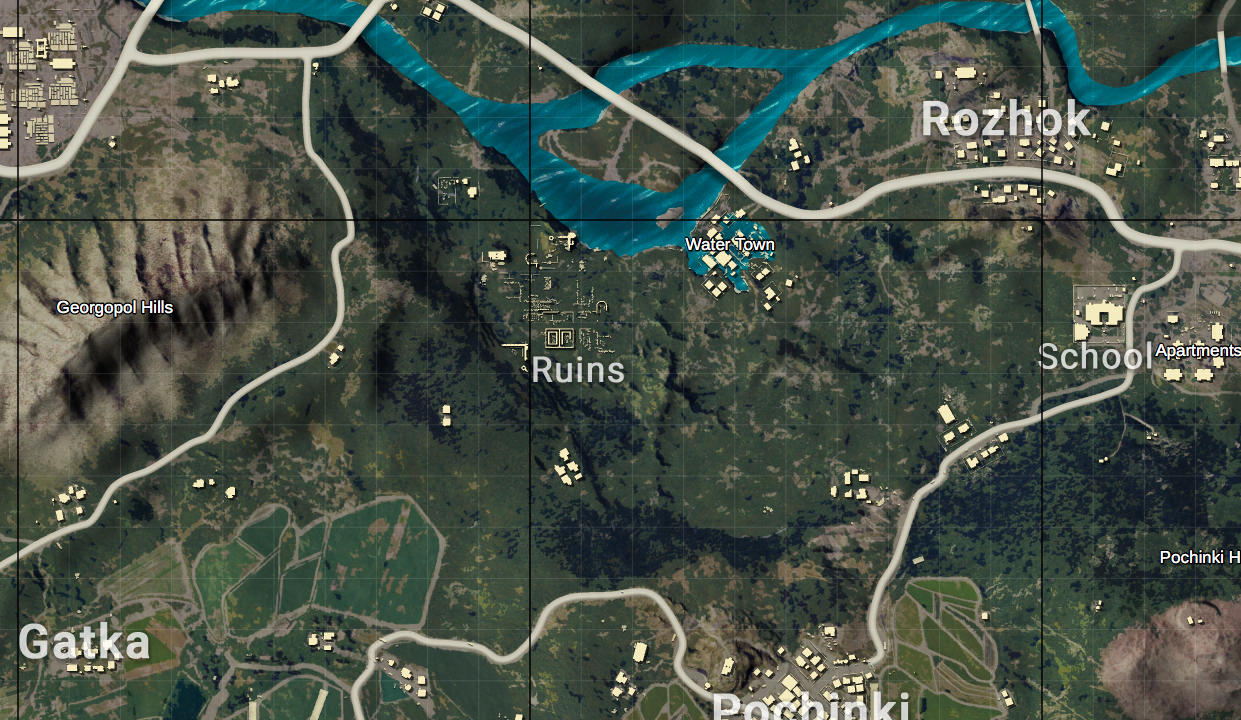 Some players need a calmer spot to land in Erangel. These areas will give you a bit of peace while you load up on loot. If you’re finding yourself completely overwhelmed with firefights these spots might be more helpful while you learn the basics. The town in Ferry Pier is a great example of this. It is spread out and not of high enough value to be completely overrun with other players. You should have the time and space to load up here before you have to start getting defensive.

The Ruins are one of the few spots in the center of the map that won’t be drowning in players. The loot here isn’t as good as the areas that are popular around here. This should give you a bit more of a chance to survive, while still giving you the mobility you need to have good access to anywhere the circle goes.

Each game in PUBG is different, every game in Erangel with have different dynamics in different locations. This guide depends on the route of the plane dropping players. The more that you practice at this map, the more you will know about where to land.