PLAYERUNKNOWN’s Battlegrounds contains four entirely different maps; this means you have a lot more to learn if you want to always land in the best place. You can use this interactive map to get to know the locations of each place in exact detail. Miramar is a pretty big and harsh place. Much like Vikendi is the snow level, this one is the desert level. If you choose the wrong spot, you might end up wondering out in the hot sun forever.

Miramar is one of the bigger maps in PUBG, it’s bigger than Vikendi or Sanhok. It is close in size to Erangel but less forgiving to newcomers with its desolate landscape. Since the map is so big the circle becomes something of a problem when you’re playing on this map. It can be difficult to traverse, and there is a lot less room to hide than in other maps.

Unlike Erangel, the terrain is mainly made up of hills and mountains. This can seriously slow you down when you’re moving from place to place. This means that more than ever you have to keep mobility in mind when picking a spot to land. If you choose the right landing spot, you can make sure you pick up the right weapons. With a good landing spot, the right equipment, and knowledge of all of the tips and tricks in PUBG, you can start winning games on Miramar. 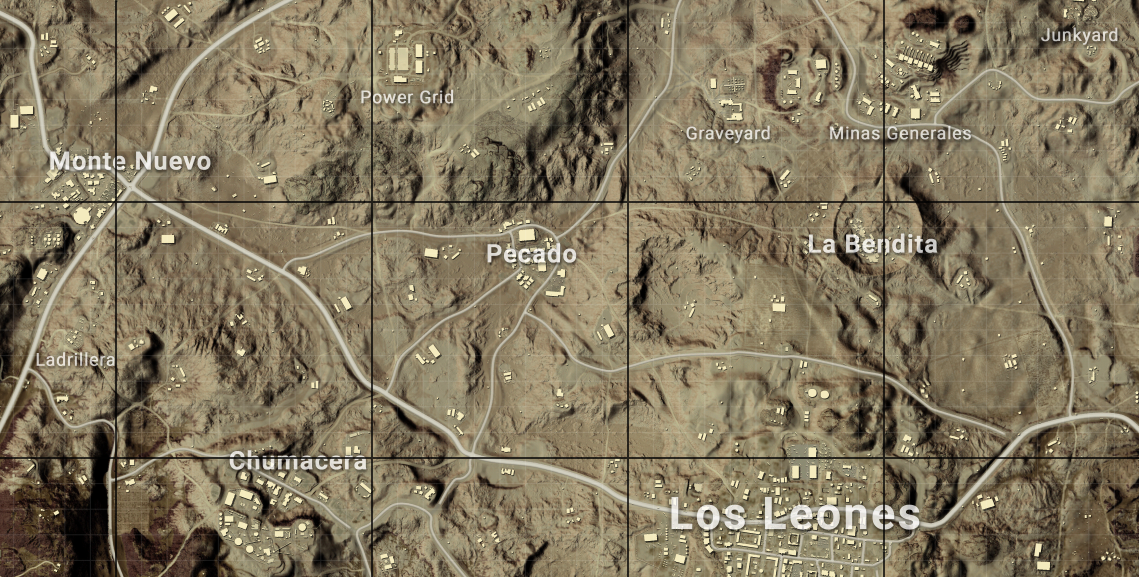 The most popular landing spots in Miramar will be filled with good loot. They will be crowded with other players, so these are the spots to hit if you’re already skilled at close combat. They’re also a great place to get some practice in for firefights. These spots will provide you with plenty of quick action for the confident player.

Pecado is in the right center of Miramar which gives you a serious advantage once the blue circle appears. Despite being relatively small, it is blessed with a serious amount of loot. If you manage to come out on top of all the players that touch down, you’ll be equipped to take on the rest of the game. You’ll also be in prime position to move to the first circle. Pecado is a risky spot in Miramar, but it can let you take control of a match almost immediately.

The next most popular destination in Miramar is Campo Militar. This place is considerably larger than Pecado, so the players who choose to drop in here will be much more spread out. It is also in the far north of Miramar, which will put you at a disadvantage is the circle doesn’t choose somewhere close to you. This location is relatively spread out. This should give you plenty of space to plan ambushes and take out players who venture out into the wilderness. It is a defendable location that will reward the tactical player.

Landing Spots with The Best Loot in Miramar 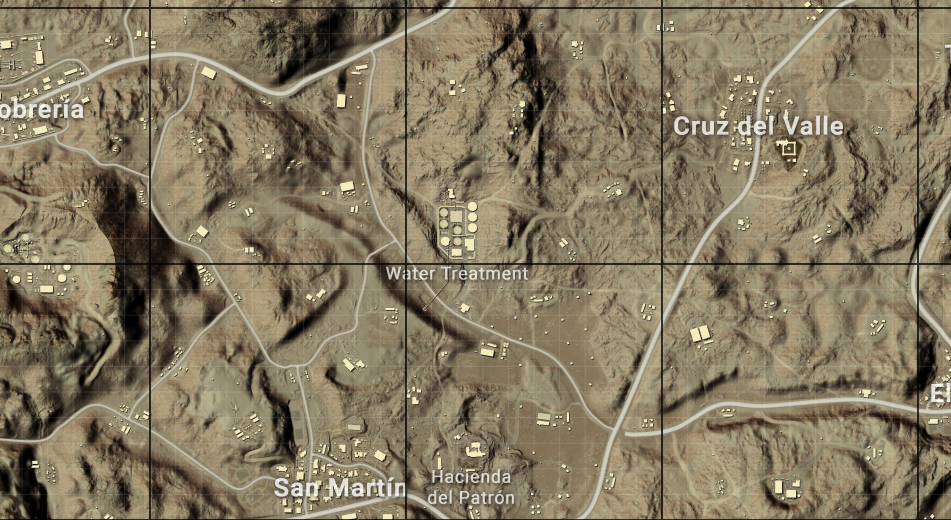 There are some spots in Miramar which have been unnaturally blessed by loot. Thanks to the quirks of the map’s design, these locations will provide enough gear for you or your team to get equipped for the entire match. They will have other players around, but not the same concentration as the more popular landing spots.

The Water Treatment Facility has a boring and practical name. it is a public utility, not exactly the most exciting place on the Miramar. However, it is one of the most rewarding places for you to touch down. The Water Treatment Facility is primarily vertical, which means it rewards players who seize the high ground early. If you do so then you are in prime position to take out other players and dominate the game with the loot you’ve found there. The best stuff is usually in the water containers.

The Mining Facility also contains plenty of hidden gems. Much like the Water Treatment Facility, this is another spot that rewards players who think out attacks. There are plenty of above ground lookouts for a sniper to take control of the area. If you can get all the loot you need here, it is a good spot to set up shop to get some eliminations in too. These are some of the best spots for loot in Miramar.

If you don’t have enough practice yet to drop into a popular or high-value location, then there is a strategy for locations in Miramar for you. Because of the difficulty getting around this map, beginner players looking to avoid a fight should resist the temptation to hang around the outskirts of Miramar. Doing so might not attract much attention, but you’ll have a hard time finding loot and getting into the circle in time.

Instead, more central locations that aren’t as popular will provide you with protection as well as the mobility you need. The Graveyard and the Power Grid both provide the right balance that you’ll need. Each location is central enough to give you access to the circle while being relatively quiet to prevent run-ins with enemies. Each location will also provide a good amount of loot. You won’t have the best gear in the game from these trips, but that’s the sacrifice you make for safety.

These spots won’t reliably be empty every single game. If you pay attention to where players land depending on the route of the plane, you can adjust these strategies as you go. This will give you the best chance of winning games on Miramar.