The best Call of Duty Cold War weapons are really standing out from the crowd in the game at the moment. LMGs haven’t had the same domination in the game as the SMGs, but they’ve been really quite effective in the right hands. LMGs are harder to master, especially in Cold War. The right ones though have a real impact in the hands of the most skilled players. One of the most notable of the LMGs is the Stoner 63. This is a weapon that can completely cut through enemies with the right positioning. A weapon is just the start though, the best Cold War stoner 63 loadouts can push the weapon even further.

LMGs are a bit harder to use than a lot of the other weapons available in Cold War. They take more skill, and you really need to be using the right loadout. The Stoner 63 is one of the most user-friendly LMGs in the game though. It has a great fire rate and is considerably easier to control. When you’re using the best Cold War Stoner 63 loadouts, it can run through enemies with ease.

This Stoner 63 is loadout is built to suit the weapon’s strengths. It helps it to be easy to control and use, without putting a dent into that fire rate and damage. This is what you need to know: 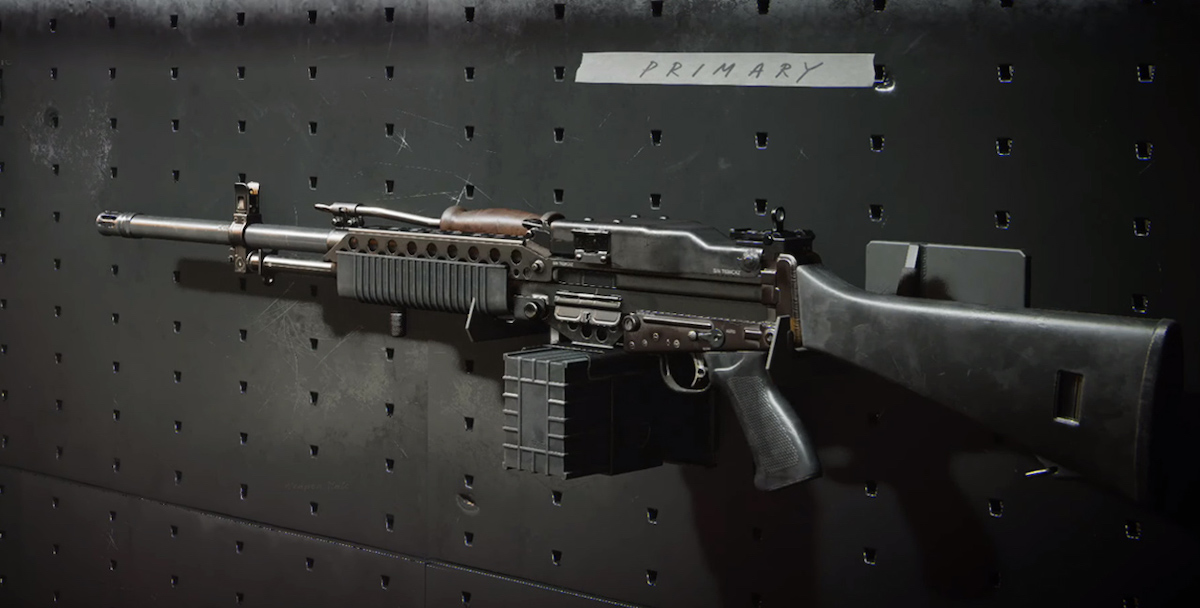 This set of attachments is set up to make the weapon even faster and easier to control. You’re going to be able to fire quickly, hit your targets, but also maneuver the weapon easier. The set-up is going to make moving and switching between aiming feel more like a tactical rifle than a burdensome LMG.

Your equipment isn’t as closely tied to the weapon as part of the best Stoner 63 loadout, so you can change things up. The Molotov and Frag both give you the opportunity to deal some extra damage, but also to direct the flow of enemies in a chokepoint. You can use it to block off one entry before you can start to cut through with the LMG. The Stimshot is the boring choice in case you just need to heal. Alternatively, the stun has benefits to pretty much any loadout.

The Wildcard choice isn’t too specific for the LMG, but you do have a good reason to go for the Lawbreaker. If there is a more close-range weapon that you can use, then this would make a good secondary weapon. Alternatively, you could go for Perk Greed and take a shotgun as your secondary.

Paranoia is going to give you the ability to stay ahead of any enemies hoping to ambush you from the flank. This is a problem with an LMG, even if this one of the best Cold War Stoner 63 loadouts makes the weapon a bit more manageable. Scavenger or Tracker really depends on your play style, and how much you’re spraying or hunting. Ghost is a fairly standard pick but it can still help you out with this loadout.

That’s everything you need for Stoner 63, although you can probably switch a few things up without throwing off the balance entirely. This weapon can laser enemies if you have great aim and use the right loadout. Our other guides to Cold War can help you with loadouts for other weapons, or with other mechanics: