In Fortnite, the skins on offer are the most fun way of customizing things. A lot of players like to try and chase after the rarest skins in the game. Although, all of that can add up. Everything in Fortnite can cost quite a bit overall. Which leaves a lot of players wondering if they can get free Fortnite skins. Is there a way to unlock Fortnite free skins?

Over the years, Epic has actually given away quite a few skins for free. If you play and pay attention to various challenges and events, you can unlock up to 14 free skins in the game. However, getting free skins aside from these specific methods is against Epic’s rules and can get your account permanently banned. There are plenty of Fortnite free skins though. These are all of the free Fortnite skins that have been given away over the years and how you could get them.

Can You Get Free Fortnite Skins?

You can get free Fortnite skins, but only by participating in select events that epic HOLD. They’ve given away free skins for placing highly in tournaments, engaging with events, and for using certain platforms. You have to keep your eyes out for these types of skins. 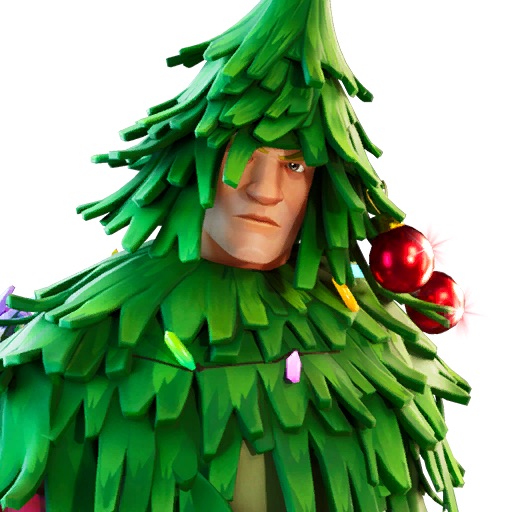 Lt. Evergreen is the first of the skins that came as a reward in the Winterfest. This was a really recent event, with a particularly low barrier to unlock the skin. The vast majority of players have Lt. Evergreen kicking around. Although, for a free Fortnite skin, it does offer some camouflage. 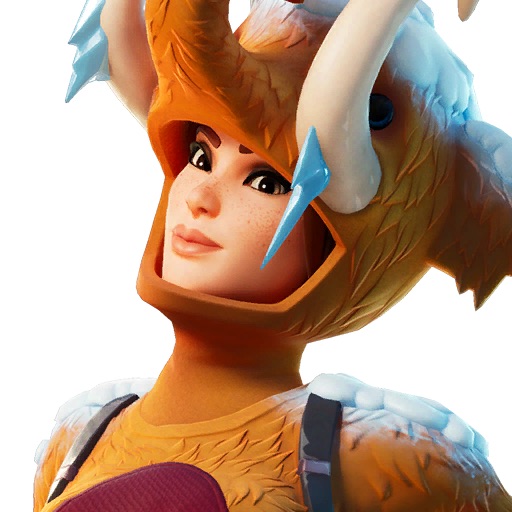 Wooly Warrior was another one of the Fortnite free skins that was available during Winterfest. This one isn’t as often seen as Lt Evergreen. It’s also favored by sweaty players at the moment, which is odd for something that was once free. 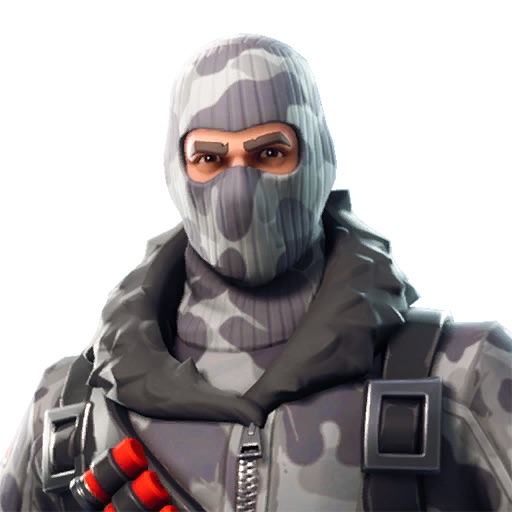 Havoc is a free Fortnite skin that you could get for using Twitch Prime. This skin is pretty widely held by long-time Fortnite players. While it is an older skin, it was pretty easy to get as a free skin.

Left to right, these are Blue Striker, Prodigy, Carbon Commando, Blue Team Leader, and Trilogy.  There were a number of skins released as part of the PlayStation Plus online service. Most PS4 players have these skins since PS Plus is a necessity to play online. These aren’t all that rare, especially compared to some of the others on here. They are a bit plain though, so outside of console servers you rarely see them. 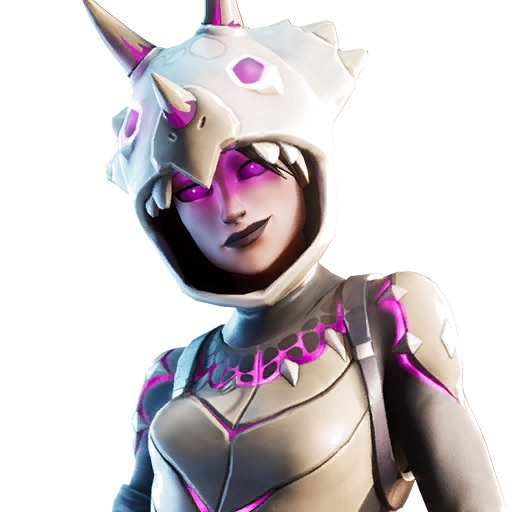 The Tricera Ops Fortnite free skin is rarer than the others so far on this list because of its unique origin. As a paid skin it isn’t too rare, but the chance to get it for free was pretty difficult. It was given to players for earning 20 points in the Japanese Switch tournament. This is a Cup that was only available to players in one country and one platform, so not that many got it for free. You would have had to be really good at playing Fortnite on Switch. 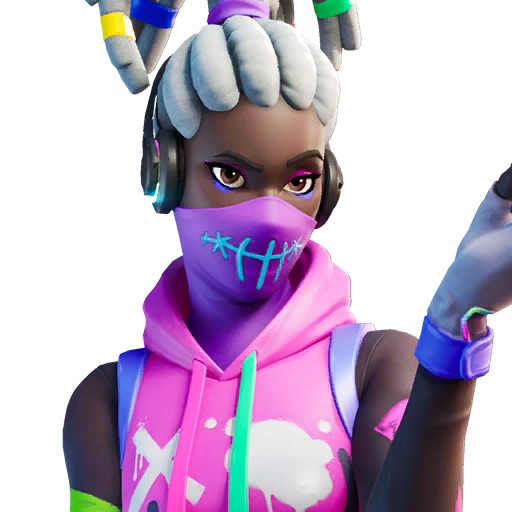 Komplex was the prize given away to players who finished into the top 10% of players in the Oceania Summer Smash Cup.  The top 10% really is the highest percentile of players, so this skin wasn’t given away for free to many people. If you happen to be really good at the game though, then you could get this one for free. 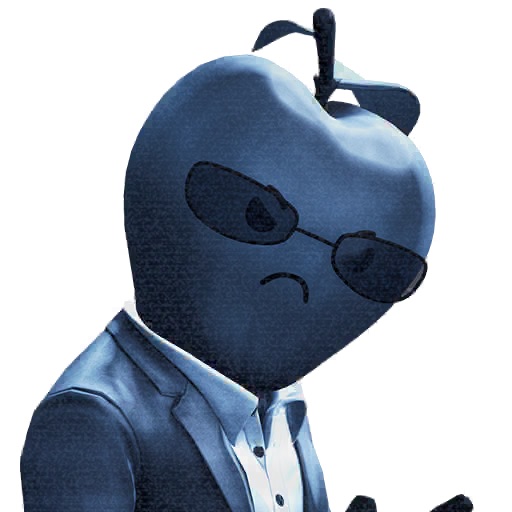 The Tart Tycoon is a sinister apple headed businessman. He hails from a recent tournament to the game that tied into the Apple/Epic lawsuit. To unlock this skin for free, you had to rack up 10 points in that tournament. That wasn’t too difficult across 12 matches, with placements points being pretty generous in that scoring. 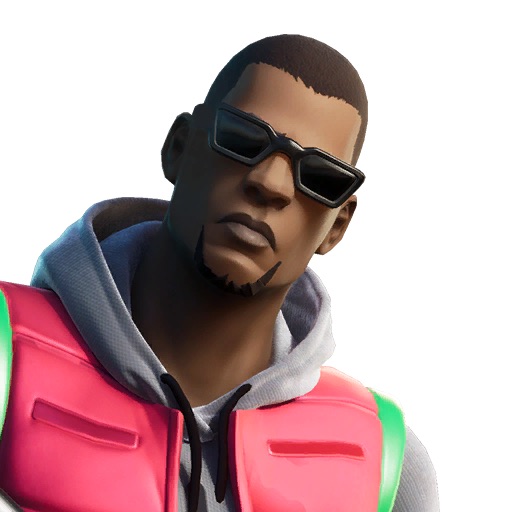 Tango is another tournament reward skin. This one was from the players in the Fortnite Celebration Solo Cup, which was only available on PlayStation. You received it for placing in the top 5%. This makes it one of the rarest free Fortnite skins. It was limited to one platform, and only really high performing players at Fortnite on PS4. 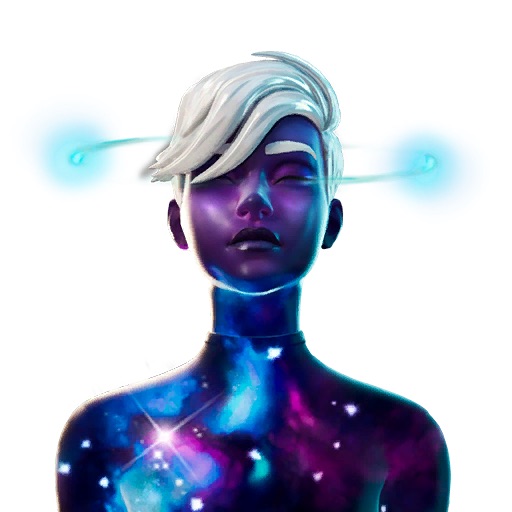 The Galaxy Scout is the reward for ranking high in the Galaxy Cup, or paying money in V-Bucks! This skin was seen as recently as September, so it has been widely available outside of the tournament too.

How to Get Free Fortnite Skins

Those are all of the skins that have been offered for free in Fortnite. They have quite a few different requirements for unlocking though. The most common is to perform really well in a tournament. Which means you’ll be playing a lot, and likely have picked up a Battle Pass by then anyway. Some though, like the promotional tie-ins, were available to pretty much any player who fit the criteria or logged in on the right day. You can get free Fortnite skins, but you have to be in the right place. Keep your eyes out for new events in Fortnite, since you’ll never know when they will offer a new one.

If you’re looking to improve to help get future free Fortnite skins, then our other guides can help you get a step up in-game:

Can I have a free skin plz